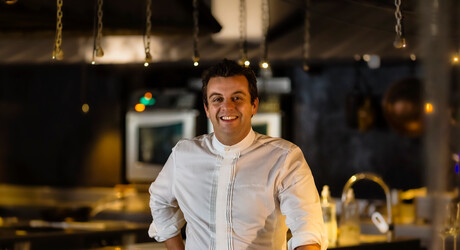 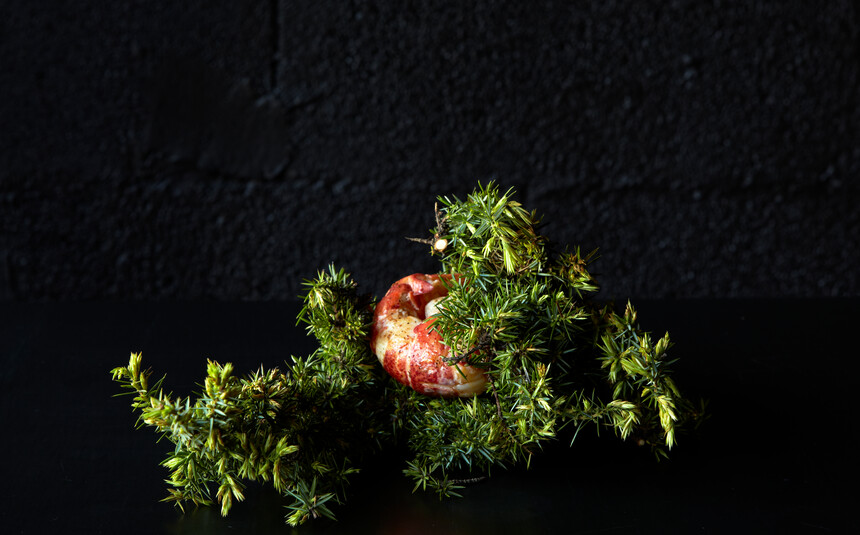 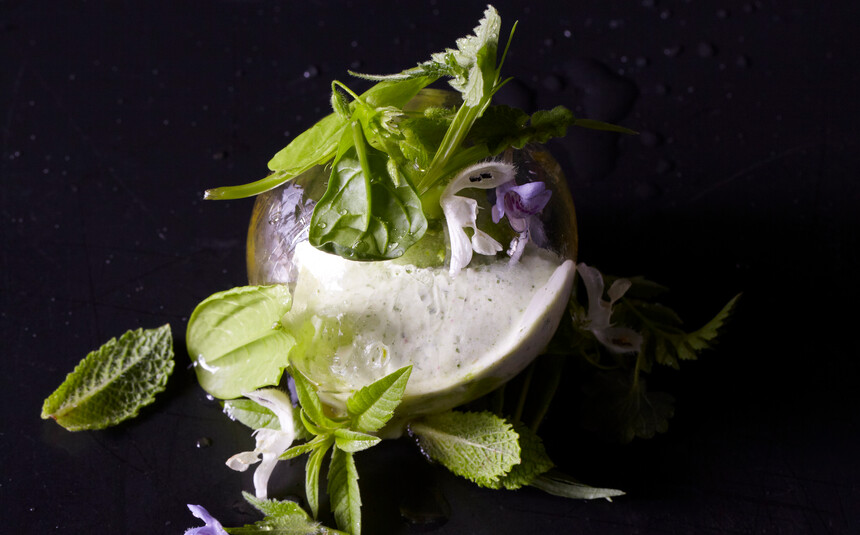 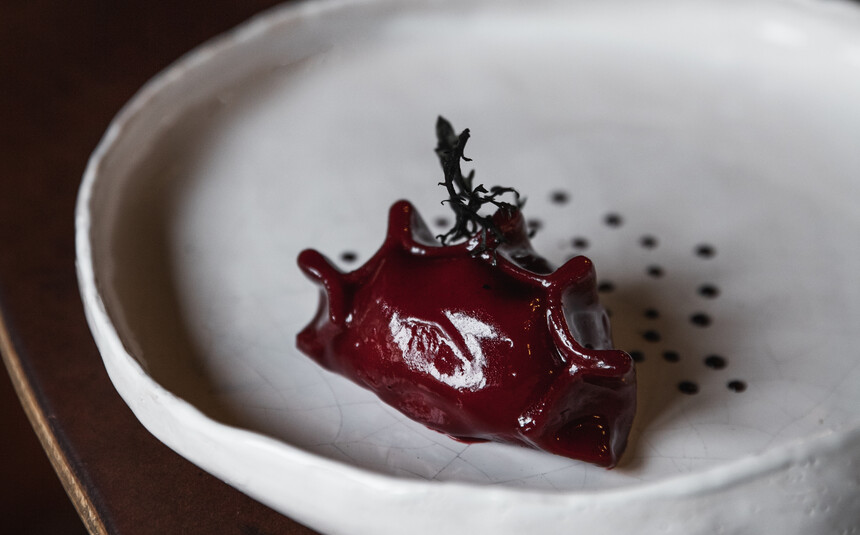 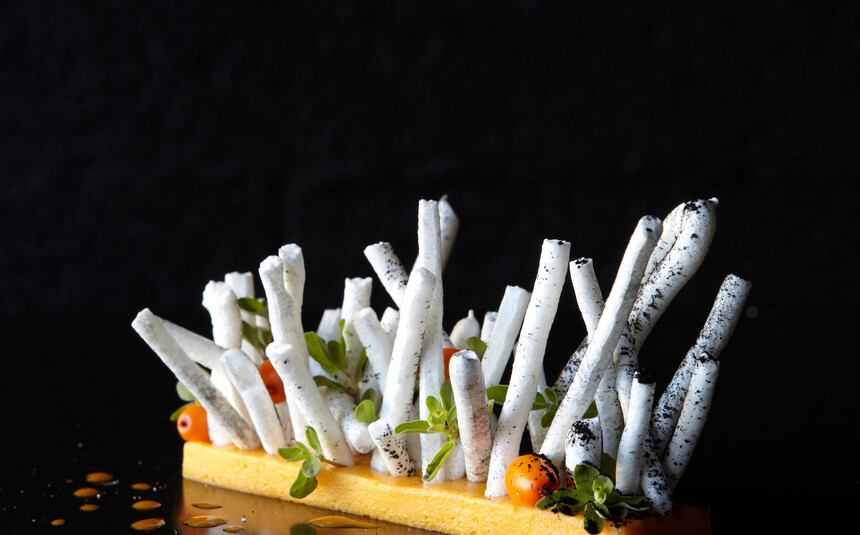 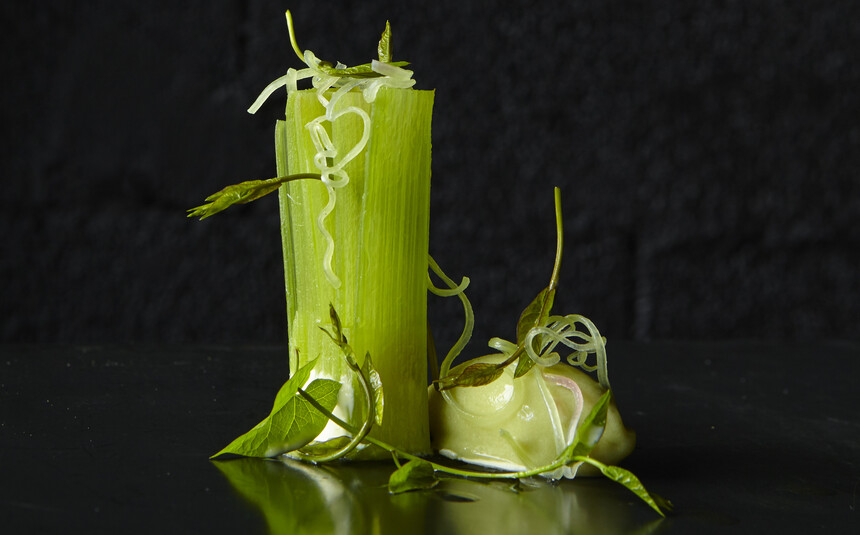 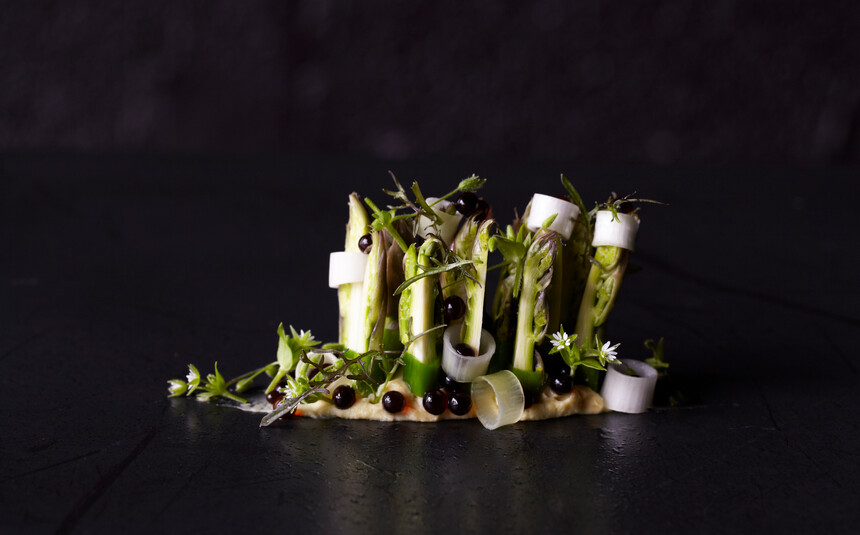 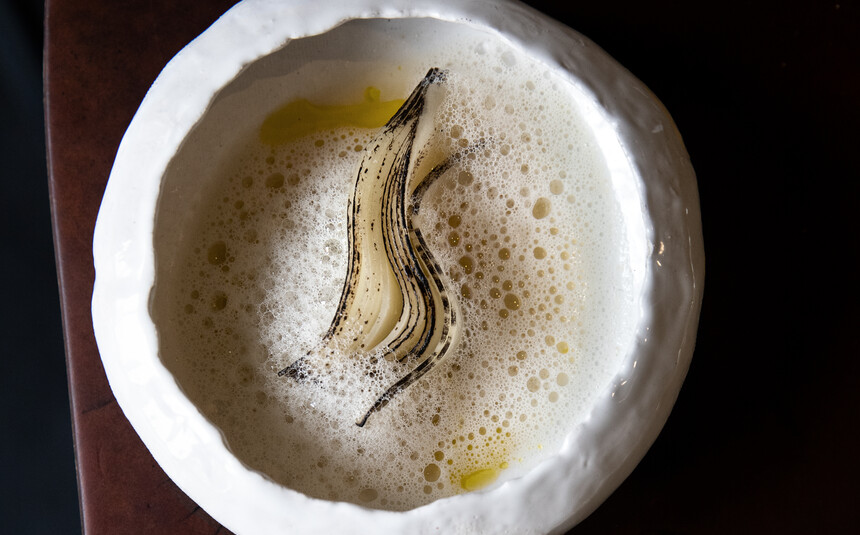 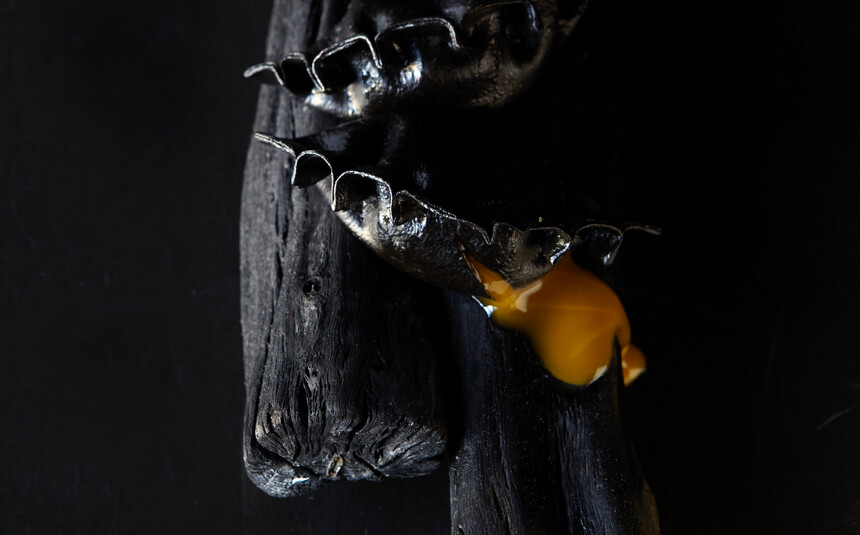 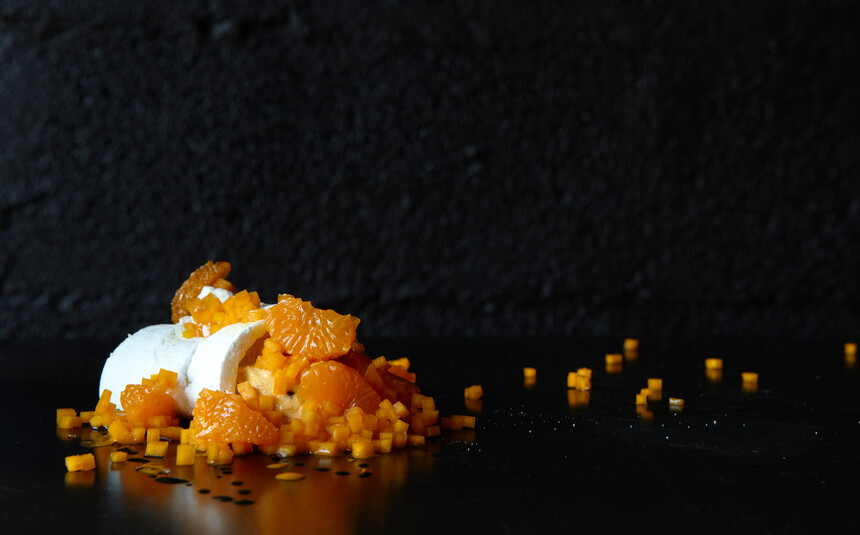 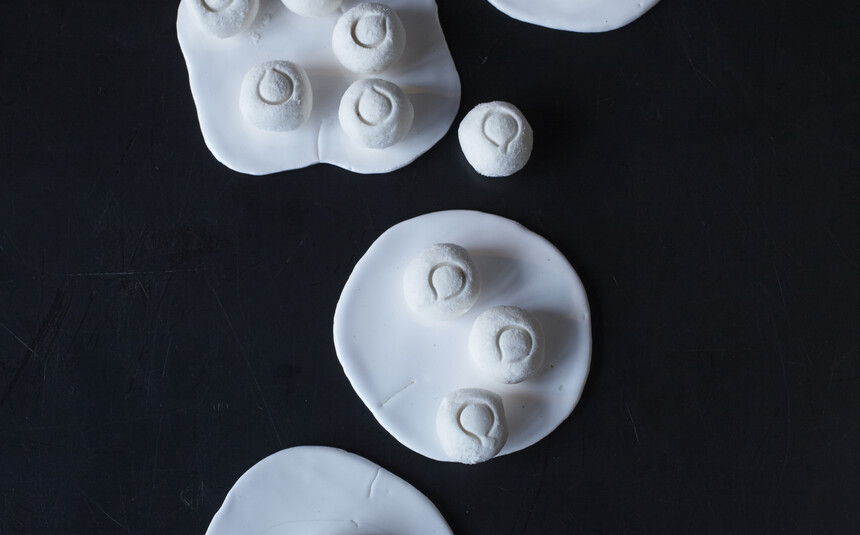 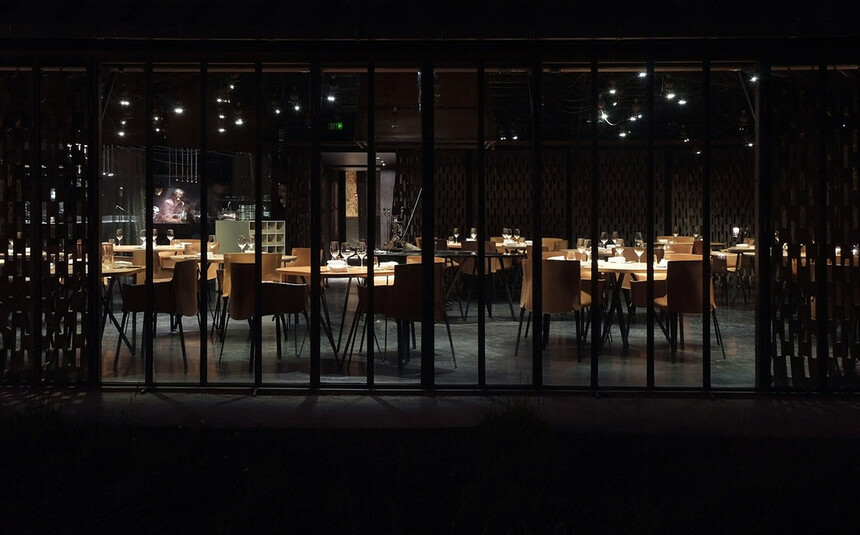 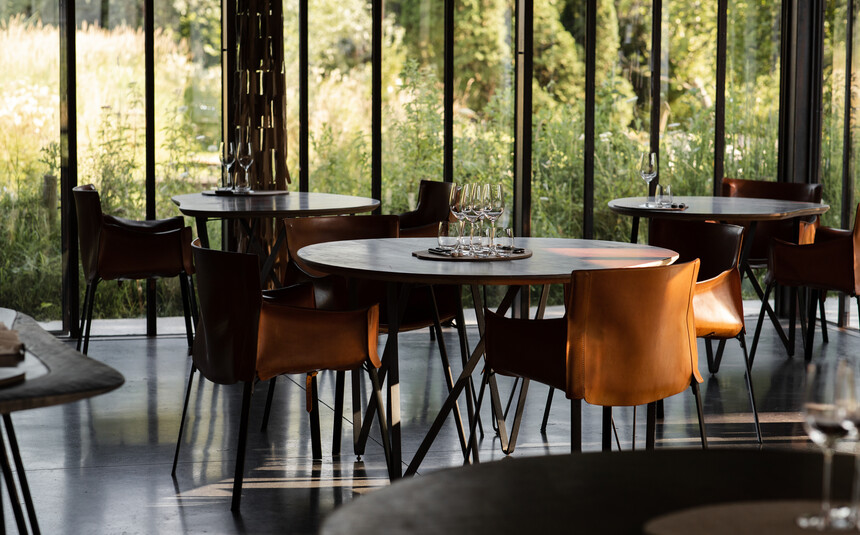 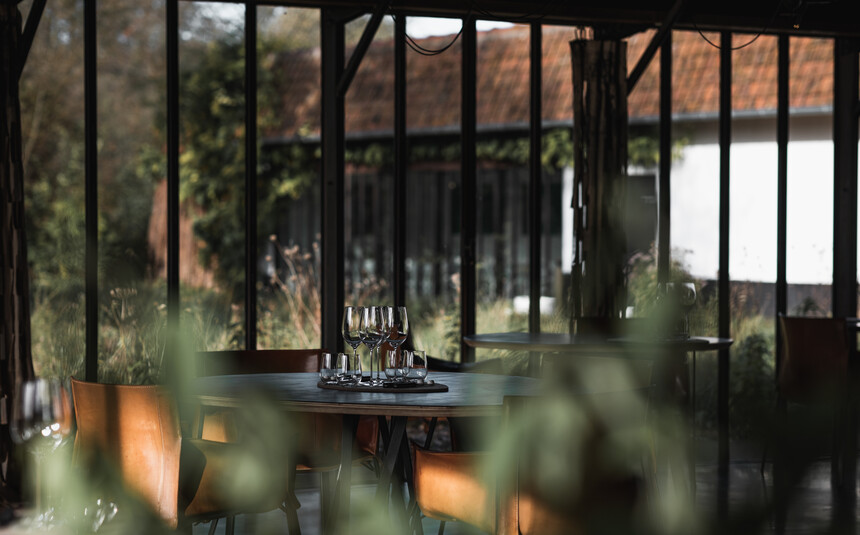 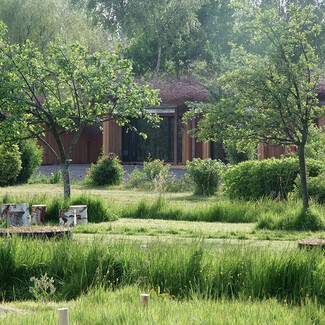 La Grenouillère is now the domain of Alexandre Gauthier who took over the homestead from his father more than 10 years ago. La Grenouillère's first transition happened in the kitchen. A few years later, architect Patrick Bouchain completed the expansion of the establishment. The new restaurant, skilfully linked to the old part of the house, is made up of two interlocking metal rooftops, in an understated iron-worked style. Dishes are prepared under one roof and eaten under the other. The wide windows open onto the garden and the countryside bordered by the ramparts of Montreuil-sur-Mer in the distance. In the garden, eight rooms were built drawing inspiration from waterfowl hunting lodges. 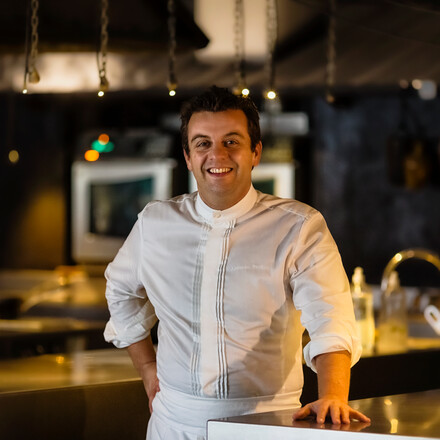