A FLAVOR OF HOLIDAY TIME

The Rhône winds lazily through the heart of Lyon. It has come a long way before passing under the Pont de la Guillotière, the city’s oldest bridge. Rising from a Swiss glacier, its waters begin their journey in Lake Geneva. To the south, the river flows between the uplands – the Vercors, Monts du Vivarais, Ventoux and Cevennes – before reaching the sea via the Camargue delta. This indefatigable traveler deserves to slow down a bit as it passes through Lyon, just like the thousands of vacationers who throng the famous National Route 7. 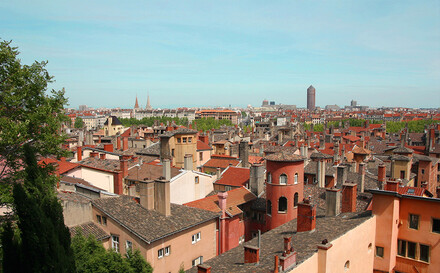 The ancient capital of the Gauls, with its historic center crisscrossed by narrow streets of medieval and Renaissance houses, has much to offer the visitor. The great Curnonsky, the father of all food journalism, called Lyon the “world capital of gastronomy.” The city owes this reputation to its guinguettes – open-air eateries on the banks of the Saône – as well as the ambience of its famous bouchons, traditional restaurants serving quenelles, rosette salami and pistachio-studded sausages on red and white checked tablecloths… And above all to its mères (“mothers”), the hearty, talented women who define its cuisine: La Mère Brazier, the first woman to receive a three-star rating in 1933, her contemporary La Mère Bourgeois, who opened her restaurant in Bresse, or La Mère Guy, whose eel stew was highly prized in the 18th century. 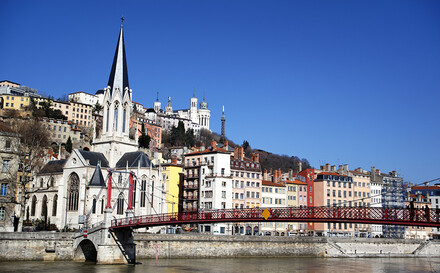