Enlarge the map
Europe France Near Paris / Champagne
previous next

Its soil is not rich, but from it grows a precious treasure. A wine born of the alchemy of a temperate climate, chalkyfields warmed by the sun, and ancestral know-how. The techniques perpetuated here were invented in the latter years of the 17th century, when a Benedictine monk at the Abbey of Saint Pierre d’Hautvillers had the idea of blending grape musts from various vineyards and letting the wine ferment in corked bottles thick enough to resist the pressure created by the genesis of the delicate nectar. The result was champagne - more than just a wine, an effervescent elixir whose fame soon spread beyond its birthplace to grace the tables of the world’s elite. "If I were not King of France, I would want to be Lord of Ay,” said Henry IV, referring to one of the region’s winemaking towns. 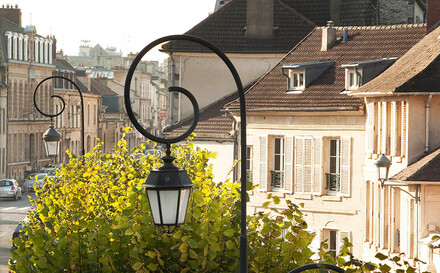 Centuries have passed, but the legend lives on. Thanks to its eloquent liquid ambassador, the name of the Champagne region is known around the world. The visitor who roams the rocky slopes of the Côte des Blancs or the Montagne de Reims in the summer, when the sun infuses the grapes with sweetness on meticulously pruned vine stocks, enjoys the experience of contemplating a genuinely exceptional terroir. Alternating smoothly between flat plains and low rolling hills, the land was in fact well known even before the invention of its emblematic tipple. Starting in the 10th century, the Counts of Champagne made their domain the most important commercial hub in Europe. Traders came from all over the continent to the fairs in towns like Troyes to barter for treasures from the North, the Orient, Byzantium and Africa: fabrics, spices, silver and gold crafts, furs… 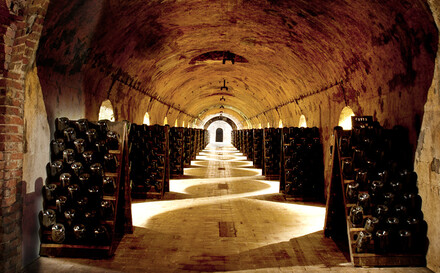