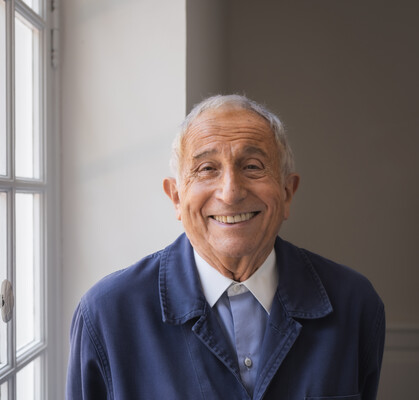 It was watching my grandmother prepare a flaky pastry that I decided to become a ‘magician in a cooking house’. A traditional traineeship with Kléber Alix in Mantes taught me what I needed to know about pastry and cuisine. I learnt palace cooking at ‘Le Crillon’ where I became head pastry chef in 1956. At that time Jean Delaveyne, who was older than me, initiated me into the secrets of a rebellious and original cuisine. In 1965, after working in different placements – the one at Le Lido was exciting – I purchased a bistrot in Asnières, Le Pot-au-Feu, where Paul Bocuse, Pierre and Jean Troisgros, Roger Vergé, Raymond Oliver, Alain Chapel came to support me. At the end of the 70s, I helped Régine set up her Russian restaurant “Réginskaïa”, and then her Régine’s restaurants in Paris and New York. Meeting Christine, in 1972, brought me to Les Landes where, from 1974 the idea of cuisine minceur/santé emerged which won me a contract as an international consultant with the Nestlé Group. In 1977, the third star allowed us to embark on the huge adventure of the “Prés d’Eugénie”.

We choose our asparagus the way other restaurants choose their oysters. We prefer what I would call “number fives,” the very large, thick stalks. I love that lush, fleshy quality – it reminds me of the women in Renoir’s paintings. I get my asparagus from a grower located near our restaurant and also from the Magescq cooperative. In early spring 2014, we installed a refrigerator that allows us to keep our jars of asparagus in a state of near-perfect freshness for several months. We have to be careful to sterilize them just enough – it’s a method that I learned from my friend Jean Coussau in Magescq.

I offer a recipe that plays on the expression “poor man’s asparagus,” an old nickname for leeks. It’s a trompe l’oeil dish: a well-cooked stalk of white asparagus and a poached and grilled leek, served with a purée of the green part of the leek that simulates the leaves, plus a few slices of truffle on a vinaigrette made with verbena from our garden. 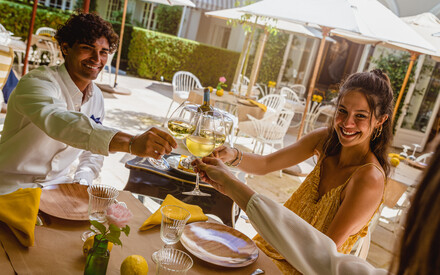 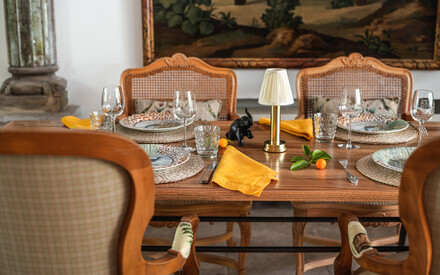 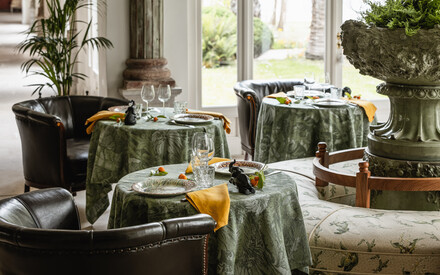 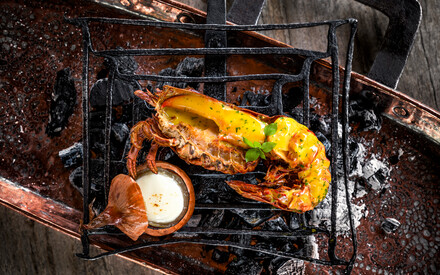 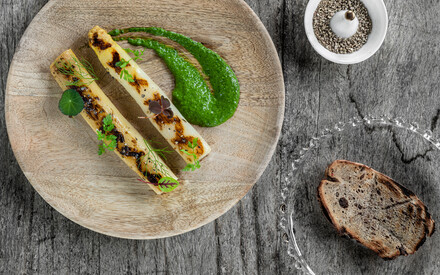 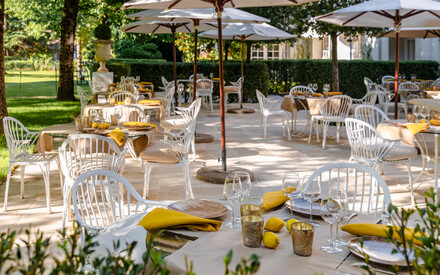 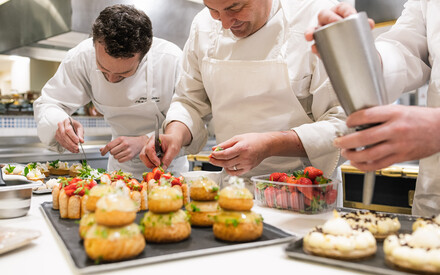 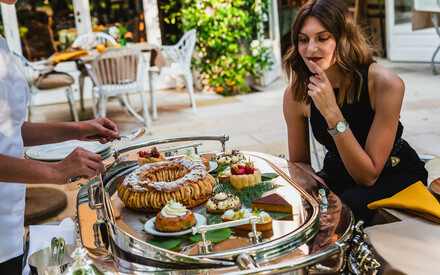 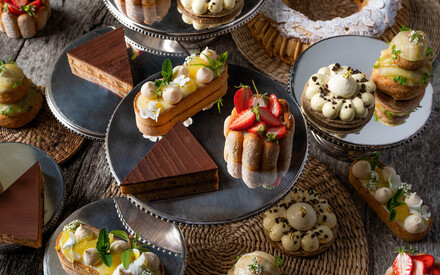 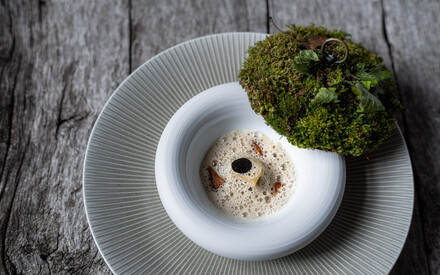 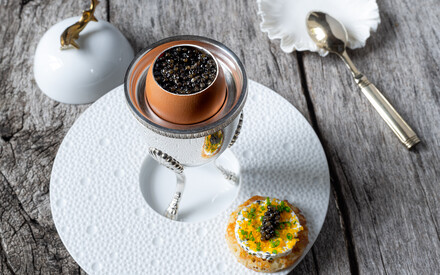 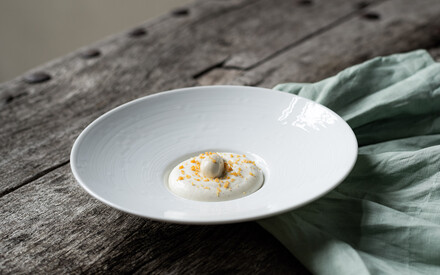 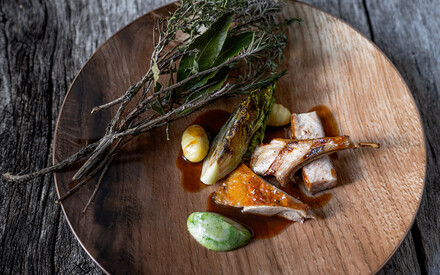