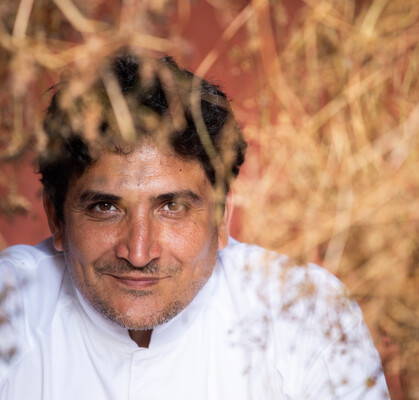 From his native Argentina to the French Riviera, the journey was passionate. But above all, it was a path strewn with travels, discoveries, ambitions, and hard work that led him to the top of his art. His daring and his vision reflect his cuisine that transcends the seasons and the region. Always Mediterranean, instinctive and generous. Convinced of the benefits of short circuits and strong links he has forged with nature, chef Mauro Colagreco is committed and develops a Circular Gastronomy in the respect of nature's cycle. He has been able to break the codes and is working relentlessly to participate in the environmental transition. A chef without borders, constantly on the move, he rubs shoulders with excellence in all its simplicity.

Settled in Menton since 2006 with his family, the chef Mauro Colagreco has built the Mirazur. Much more than a restaurant, Mirazur is a Mediterranean estate, a way of life, a way of thinking and living with nature as its focus.

In 2019, Mirazur received three stars from the French Michelin Guide and was voted No.1 on The World’s 50 Best Restaurants’ list. In 2020, Mauro Colagreco is the first to obtain the “Plactic Free” certification for Mirazur restaurant in France. Mirazur also received in 2020 the Green Michelin Star, recognising environmental actions.

Today, always on the move and with a desire to continue learning and moving forward, Mauro Colagreco pursues his dreams to put the concerns of the Earth at the centre of his creations. In 2022, Mauro Colagreco has been nominated UNESCO Goodwill Ambassador for biodiversity. In January 2023, he takes up the post of Vice-President of the Relais & Châteaux Association in order to continue the committed and collective movement started by Olivier Roellinger.

"It has to be beets, no question. It happened after I met Annie Bertin, a market gardener from Brittany, who specialises in growing unusual crops. I quickly fell in love with her beets – and then created a dish that questions the notion of luxury. In this dish, the beetroot is the luxury ingredient, because you can only harvest it after two vegetative cycles of the plant and, sadly, we cannot speed up time itself. It has to go at its own pace, and, as we all know, time costs more than money!"

"Ever since my arrival in the French Riviera, I have tried to work in harmony with the land and the ecosystem of our region. More than ever, it is important to choose locally grown products, cultivated with the greatest respect for natural cycles and seasonality. I am lucky to have five biodynamic gardens which are a constant source of inspiration for our culinary creations – our gardens set the pace." 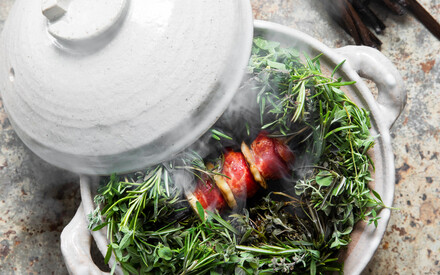 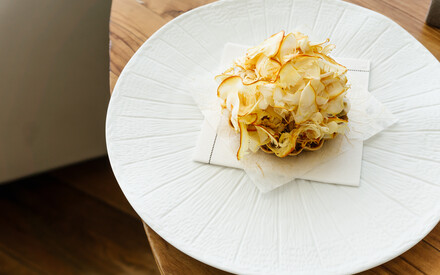 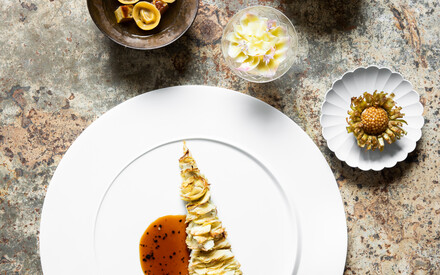 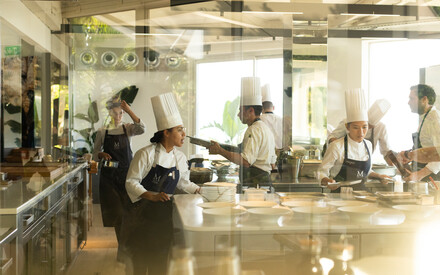