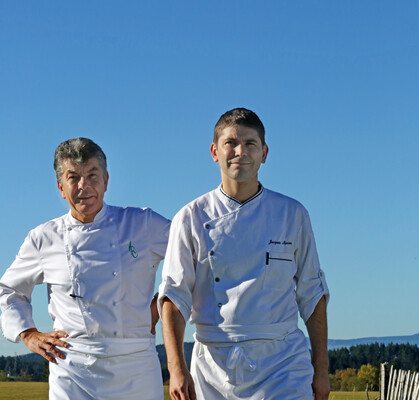 Régis : In 1956, in that famously cold winter, my parents had to leave their farm, and as they had to make a living my mother started working in the café in the village. My father was a wine merchant at the time. A few years later, my mother started serving snacks and offering a few rooms. That's the atmosphere I grew up in. My mother knew all her guests really well and saw them as friends. I took over the family hotel in 1979 and was keen to keep the tradition of hospitality going. As the restaurant grew it needed more and more staff, particularly in the kitchen. That’s what prompted us to build a new restaurant up on the hillside. And how could we resist the desire to offer our guests such a view? We want meals at the restaurant to be a real celebration, with recipes that reflect the surrounding countryside, our personalities and our traditions. Generously flavoured, wonderful ingredients... Spring herbs, poultry, livestock reared on the plateau, green lentils from Le Puy, cheeses from the Ardèche and Auvergne... and above all mushrooms, which have come to symbolise the restaurant over the years. Jacques : I have always been passionate about cooking and have qualifications in hotel management and catering from the St Chély d'Apcher school in Lozère. After a number of internships, I arrived in Saint Bonnet le Froid to work alongside my father in 2005, with some solid experience gained by working with a number of chefs behind me, including the Tsuki school, Bernard Pacaud at the Ambroisie in Paris, Eric Biffard at the Elysées du Vernet, Gilles Goujon at the Vieux Puits in Fontjoncousse, Philippe Rochat in Crissier near Lausanne in Switzerland, and finally the Lenôtre school for cakes and pastries.

Like mushrooms, lentils are on our menu in different forms all year long. They cook quickly and their fine kernel size gives them a nice texture. In the past few years we have been offering a lobster cassoulet made with lentils, a traditional and yet contemporary dish in which the lentils cook slowly in a stock. We add some other soft-cooked lentils to the broth, which produces a very fine, smooth result.

I was one of the initial backers of the AOC label of origin for the Le Puy green lentil. We have worked with the same local producers for nearly 30 years. 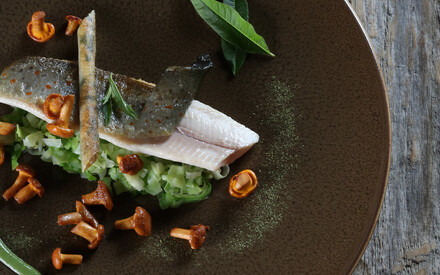 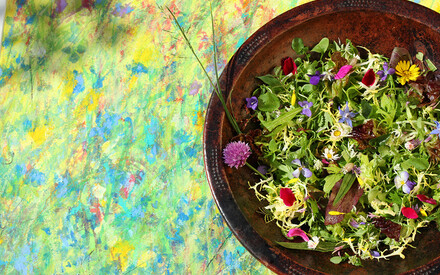 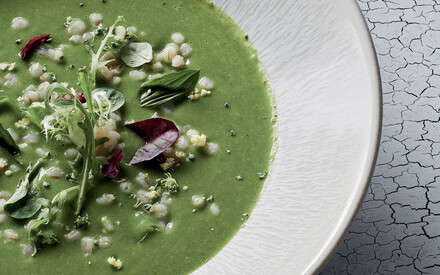