It is the most eagerly awaited dessert of the year! All across Europe, as the festive season approaches, pastry chefs out-invent one another with new interpretations of this traditional must-eat treat. Here’s a collection of these delicacies for you to try before opening the presents under the tree.

In the 15th century, Milanese bakers made the bread consumed by the poor out of millet, because they were prohibited from producing the white bread reserved for the aristocracy. Except on one day of the year: Christmas Day! That was when nobles and commoners could eat the same bread, a luxury bread (pan de ton) made of wheat, butter, honey and flavoured with muscatel. Today, this tradition has been modernised and the brioche is dotted with candied fruit and nuts and given as a gift during the Christmas and New Year’s season. At the venerable Antica Corona Reale restaurant, surrounded by the verdant hills of the Langhe and the snowy peaks of the Alps, it is given as a welcome gift to each newcomer. 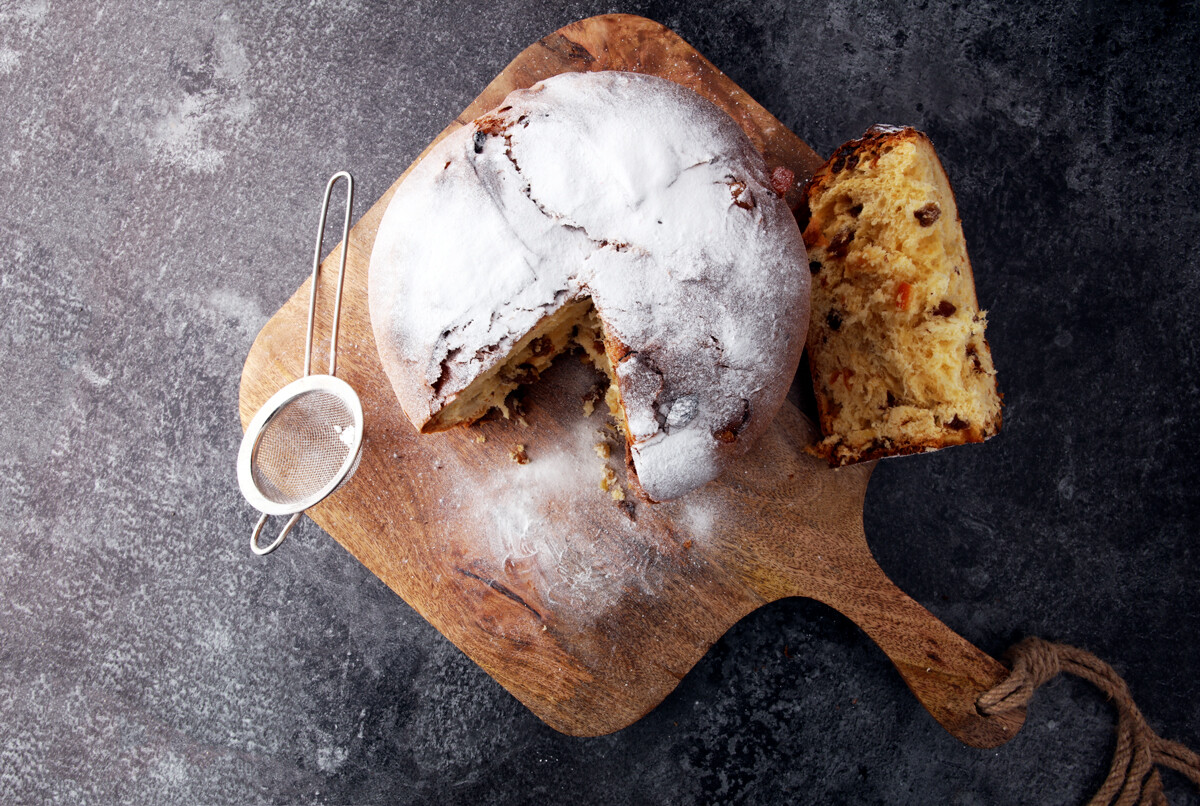 Bolo Rei: crown of the Kings

This Portuguese cake eaten between Christmas and the Epiphany (Dias dos Reis in Portuguese, a reference to the Three Kings) is made from brioche dough, shaped like a crown, and garnished with candied fruit and nuts. At The Yeatman, the iconic hotel in the city of Porto, listed as a UNESCO World Heritage Site, it is consumed every year during the holiday celebrations and at tea time. Bolo Rei has many cake “cousins” in the Mediterranean region. 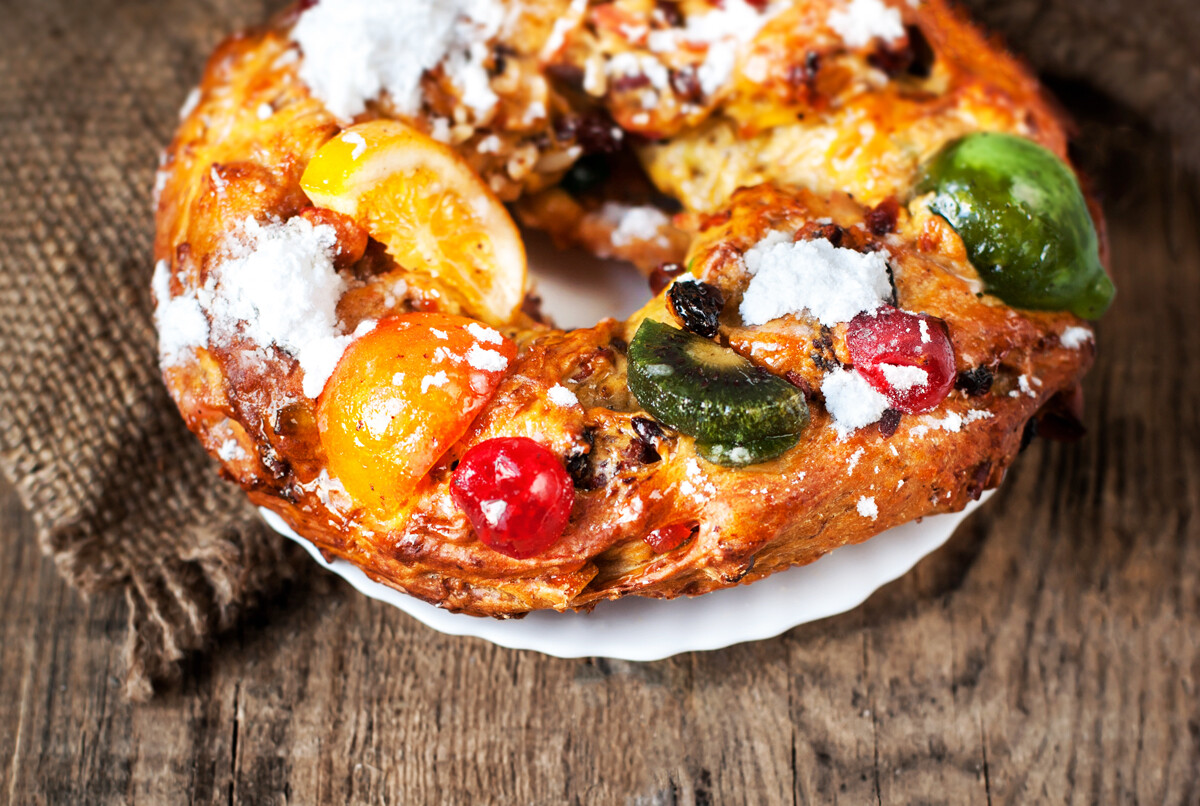 Christstollen: an angel in swaddling clothes

This cake has ancient origins indeed. The marzipan-filled bread garnished with candied fruit and nuts is eaten on Christmas Day in Germany. Following the Christianisation of Europe, this festive food was renamed Christstollen, as its shape resembled the baby Jesus in swaddling clothes. The traditional recipe calls for flour, water, yeast and oil. The cake’s expansion into new territories and the inexorable impact of commerce has led to many new spices and fruits being added to the mixture. At the Bareiss, a hotel nestled deep in the Black Forest with a restaurant known to be one of the best in Germany, the cake is served with coffee, tea or hot chocolate at any time of day. 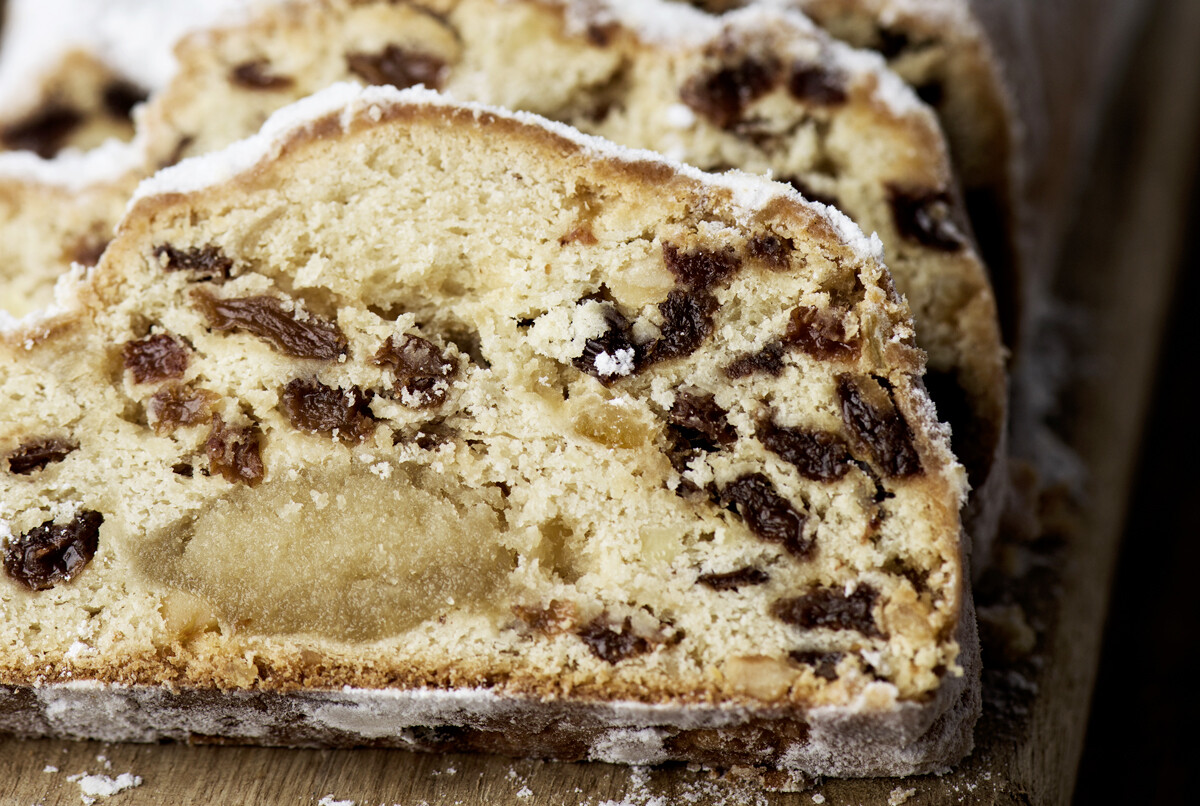 This poppy-seed roll bears a strange resemblance to France’s bûche de noël, or Yule log pastry. According to popular belief, poppy seeds were eaten on New Year’s Eve to ensure happiness and protection against the forces of evil. Makowiec is on the list of traditional products recognised by the Polish government. The Hotel Copernicus, set on one of Krakow’s oldest streets, serves this pastry throughout the festive season – not as a dessert, as is customary, but as an original breakfast treat. 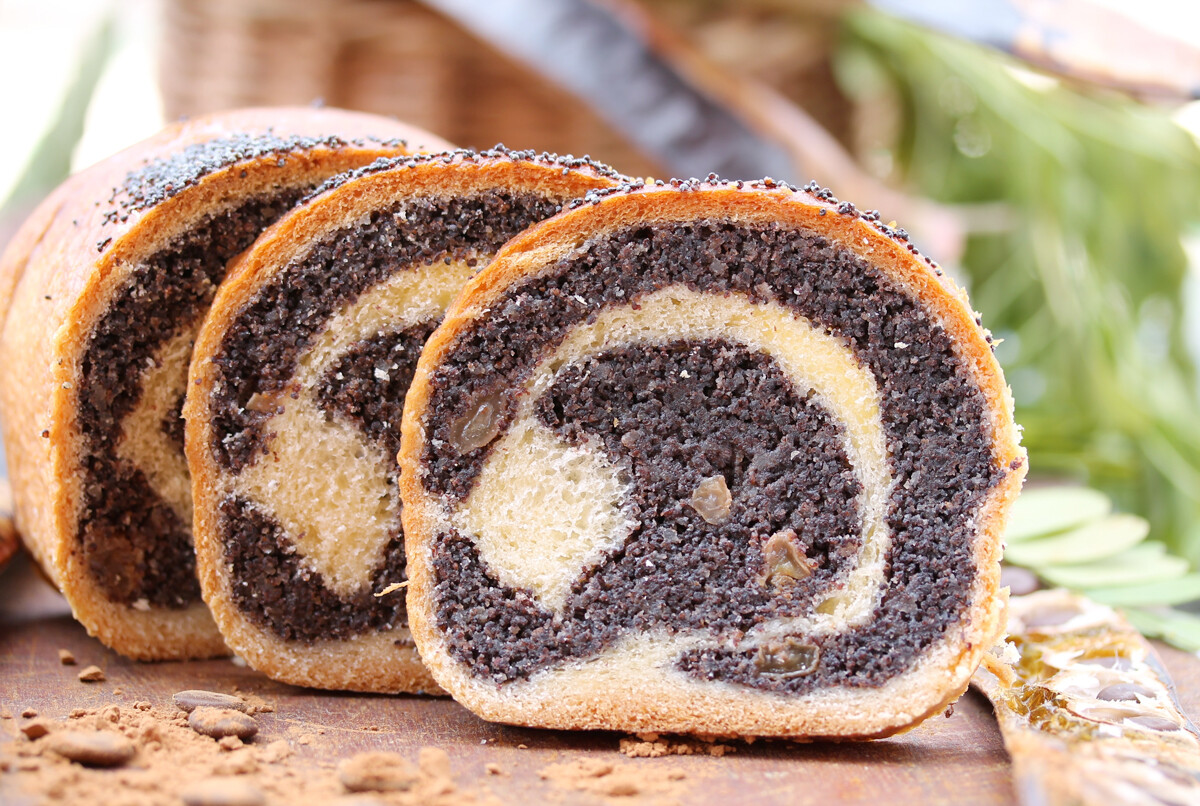 Though it settled into its definitive form in the Victorian era, this pastry is believed to have been invented in the early 15th century. It was not originally a festive dessert, but a way to preserve meat at the end of the season. So, while Christmas pudding has long been a celebratory dish, it was eaten at the Harvest Festival. It was not until the 1830s that this ball of flour, fruit, kidney fat, sugar and spices came to be associated with Christmas. The dessert is traditionally served after the meal on Christmas Day in the United Kingdom. At Le Manoir Aux Quat’Saisons in Oxford, it is served with cranberry and decorated with a sprig of holly. 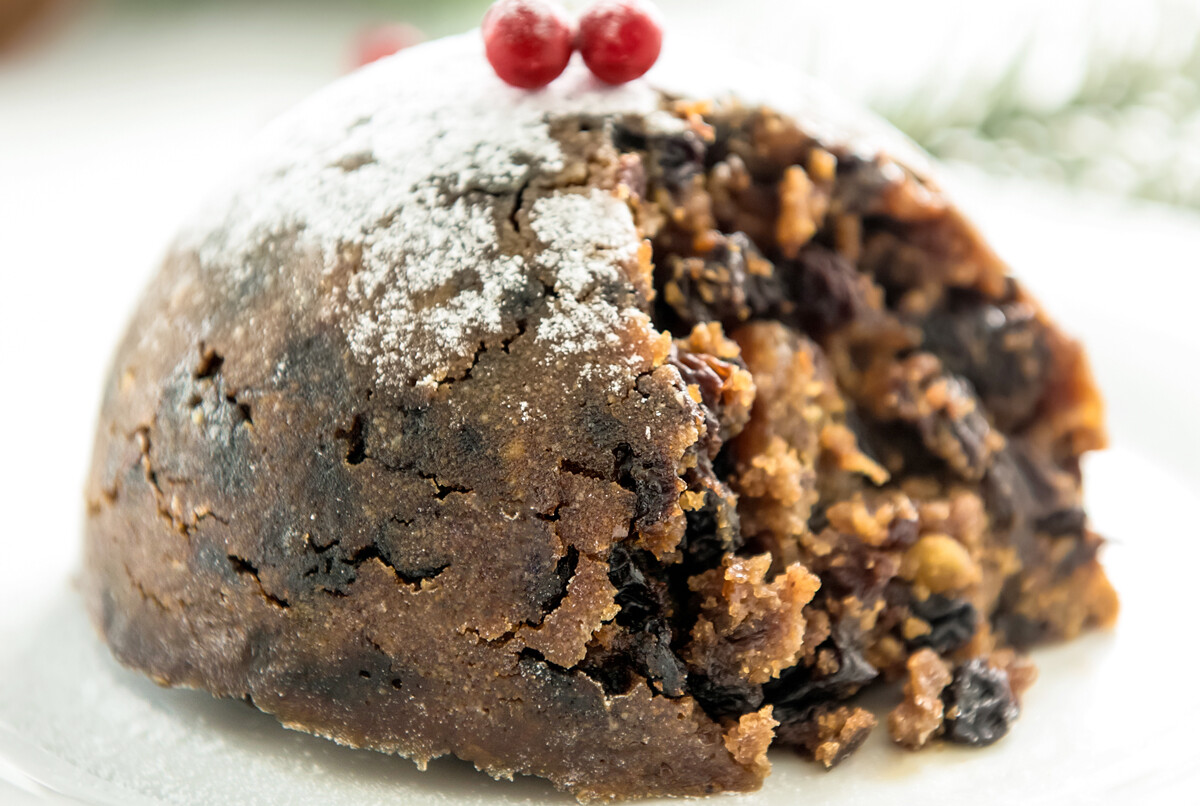 Legend has it that an enormous log was burned to mark the winter solstice, the longest night of the year, with wine or oil poured over it as an offering. Depending on the region, the log was to burn either only on Christmas Eve or to remain alight until the Epiphany to represent the New Year. The pastry version of the log arrived around the early 19th century, though we still do not know which creative chef came up with the idea for ​​this dessert. When it was first created, the bûche de noël consisted of sponge cake spread with flavoured cream (coffee, chocolate, etc.) and then rolled up to resemble a diminutive tree trunk. It could then be covered with a thin layer of cream. Today, the tradition continues to evolve. While the original dessert can still be found in many pastry shops and restaurants, countless chefs have been putting their creativity and culinary skills to the test to design new versions. The once-tacky decorations are giving way to greater elegance and sobriety, and these neo-bûches can take extravagant forms (Russian dolls, crowns, etc.) and be filled with fruit mousse, jelly, creams or various sweet biscuits. 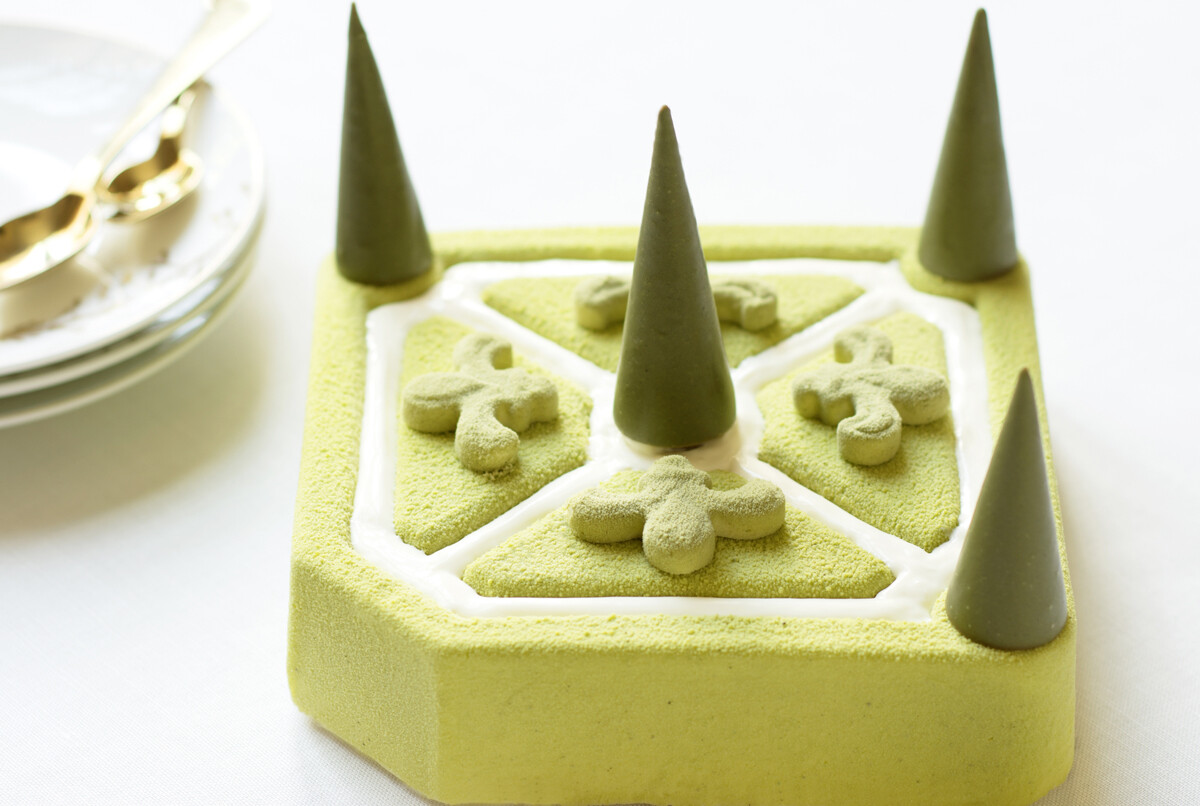 How did you choose these particular ingredients? I wanted to work with simple, somewhat classic tastes that everyone could enjoy. Christmas is a time of togetherness and I wanted everyone to agree on the flavors of this iconic dessert. It’s essential to use seasonal fruits. We wanted a rich, luscious cake, but fresh and not too sweet. So pear and caramel were the obvious choices for us. We relied on the natural sugar of the fruit by selecting a ripe, fragrant pear like the Williams and added a marjoram infusion for a refreshing, herbaceous touch. Marjoram goes really well with orchard fruits; it’s an herb I especially like and wanted to feature prominently here. I liked the idea that these flavors also reflect the day-to-day work we do with Julien Lucas for the Michelin-starred restaurant. We love working with herbs, talking about and enjoying the abundant, edible nature around us. We like surprising people with our simple ingredients and dishes.

Has the bûche tradition been lost, or is it surviving in spite of it all? People love the bûche – what you’d call the Yule log – and there seems to be no end to their fascination with this iconic dessert. But they don’t want the butter-cream version anymore: I think they want to celebrate the end of the meal with a lighter, more refined creation. Our guests no longer fear taking the road less traveled, moving away from the traditional bûche de Noël in both shape and taste. Serving the bûche is when the children tear themselves away from their Christmas presents and come back to the table; young and old alike can enjoy a new touch of magic to top off all the festive cheer. I think the bûche will be making eyes shine and mouths water for many Christmases to come!