Enlarge the map
Asia
previous next

For many years, Korea and Japan remained isolated from the West. Seoul was a closed city, secretive and aloof, until the late 19th century. With its opening to the outside world, prosperity ensued. Today, the gleaming glass skyscrapers of the Gangnam District, a symbol of the expansion of South Korea’s giant corporations, tower over the traditional markets clouded with steam from the carts of roaming noodle vendors. Proud as they may be of the rapid modernization of their architectural landscape, the authorities still keep jealous watch over Gyeongbokgung, the former royal palace. Destroyed several times in the course of its six centuries of existence, it has recovered most of its original splendor, offering visitors an oasis of peace in the middle of the tumultuous city. 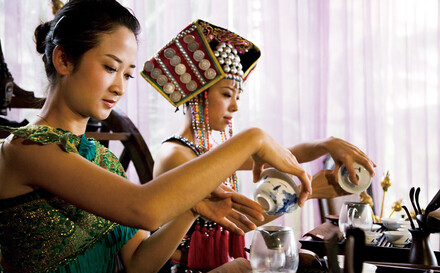 50 Relais & Châteaux are in your selection
Asia
Discover

Some of our Chefs in Asia