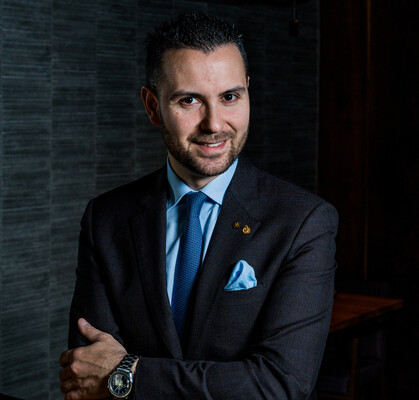 Born in Campania in a small town in Salerno, Matteo first entered the restaurant industry working in small diners. At just 14 years old his hospitality studies led him to Bellevue Cortina, which brought a wealth of opportunities, including experiences in England, Sicily, Tuscany and, most importantly, the Amalfi coast at Hotel Palazzo Sasso *****L and Rossellinis ** restaurant where his career as a Sommelier began.
In 2014 the prestigious Gambero Rosso guide named him the Best Sommelier in Italy, specifically in beer. That same year his wine list received the “Best Sparkling Wine Selection in Italy” award from the L’Espresso guide.
In the following years, Matteo became the first official Italian taster of INEI coffee and shortly after wine. He also began to work as a teacher for AIS, or the Italian Sommelier Association. In 2016 he was recognised as a Saké Sommelier by the SSA and was awarded the “Best Sommelier in Italy” in the 2017 edition of the L’Espresso guide. In 2018, Food and Travel magazine named him the “Best Maitre of the Year.”