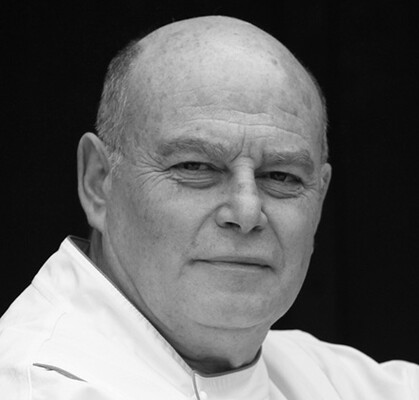 I was studying psychology and sociology but never completed the degree. I became an underwater diver at Club Med, and then I did a series of odd jobs. I met Maryse, who became my wife and mentor. After starting as a waiter in a pizzeria, I began working in the kitchens at the age of 28. I took over an eating house on Rue Mouffetard, Paris, in 1974 with a chef. One morning, he didn’t turn up for work. I had to do the cooking: that was when it became a challenge, and a passion. I learnt everything I know from books, particularly “Cuisine Gourmande” by Michel Guérard and works by Escoffier. I have been delighted to accumulate star, nominations for chef of the year but have tried not to rest on my laurels either about my cuisine or my ability to be creative.

I have been a loyal and privileged customer of Maison Rougié for nearly 35 years. Their duck foie gras is cooled immediately after slaughter, with very little loss. The quality of their work in every step of the process is just remarkable. I order fresh livers from them. Not many people know that foie gras was invented in the Lot et Garonne region nearly 250 years ago. It was called terrine de Nérac.

One of our specialties is a hot foie gras “hamburger.” I dreamed up this dish for the Gault & Millau New Year’s Eve celebration in 1987. Flash-fried foie gras is served between a potato and a top layer of cèpe mushrooms – a creation that’s actually a derivative of foie gras with verjus. 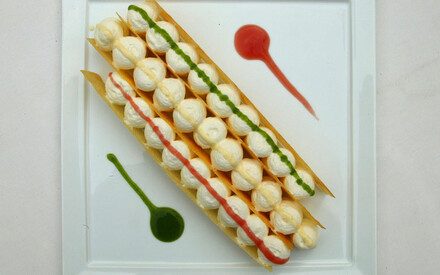