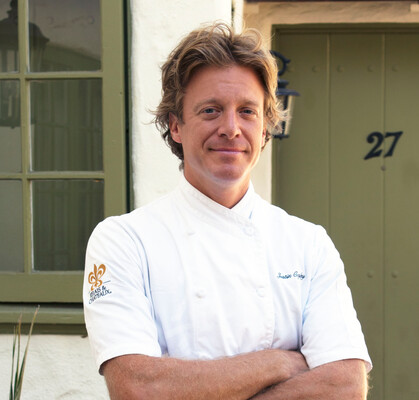 Justin Cogley joined Aubergine restaurant in January 2011. As Executive Chef he oversees Aubergine and all of L’Auberge Carmel’s culinary programs.

Cogley comes to Carmel by way of Chicago, Illinois, where he was instrumental in opening the Elysian Hotel’s new kitchen as Executive Sous Chef. He previously worked at Charlie Trotter’s critically acclaimed restaurant for four years, claiming the position of Chef de Cuisine for the last two. As such, he was responsible for menu creation, special events, and extensive instruction and management of the culinary staff.

With delicate interplay between creativity, tradition, and respect for his ingredients, Cogley’s food is deeply unique. His style is a sophisticated balance between innovation and unwavering deference for the finest ingredients he procures. “If I had to describe my food,” Cogley says, “I would say each plate has a purpose.” Cogley’s goal is to inspire guests to enjoy a broad combination of flavors and textures. He may present a diner with a vegetable prepared three ways on his plate but Cogley says, “Each of the flavors will be unique and pure.”

Prior to his career as a chef, Cogley was a professional international figure skater performing with “Disney on Ice.” Traveling and touring with the show for four years in Asia, Australia and Europe, Cogley was exposed to new flavors and cuisines, as well as a myriad of food markets and international techniques. These culinary experiences confirmed his passion for food, travel, and good wine, and when he returned to the United States, he enrolled at the Western Culinary Institute and began working in select restaurants in Portland, Oregon. After graduating with top honors in 2005, he launched his culinary career on the team at Charlie Trotter’s.

Cogley recently became an avid triathlete and long-distance runner and competed in numerous West Coast races. He also created a culinary event: Rediscovering Coastal Cuisine where he invites talented chefs from around the country to come together and collaborate on a twelve-course tasting menu that explores and celebrates the unique biodiversity of California’s Central Coast.

Tell us about your star ingredient: the Meyer Lemon

We have a Dungeness crab dish seasoned with Meyer lemon oil, finger lime and coconut milk infused with lemon grass, rose water and Meyer lemon. I think it goes marvelously with seafood.

How is the Meyer Lemon different from other varieties?

Indeed, it’s acidic but without the astringent quality that other lemons have. It has a slightly sweet, and according to some people orange-like, taste and a floral aroma that heightens the flavors of many dishes. I use it all year round. 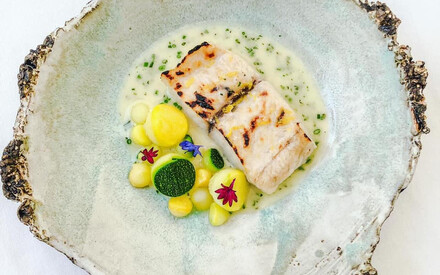 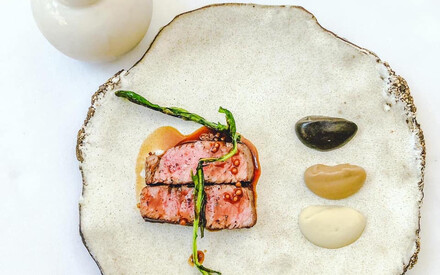 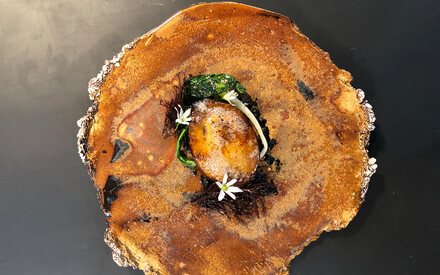 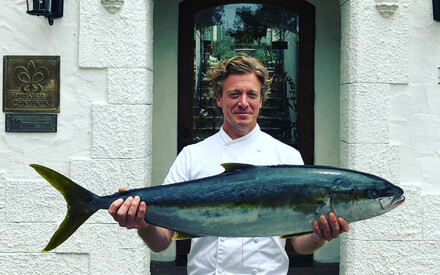