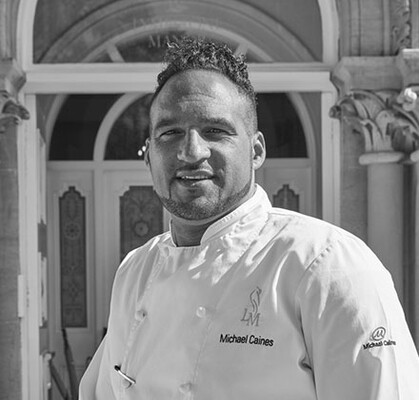 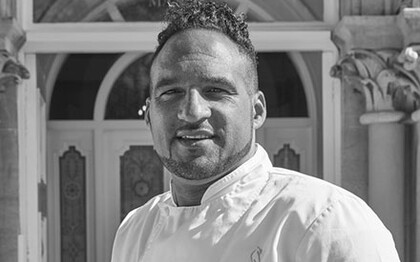 Michael Caines is one of the UK’s most acclaimed and celebrated chefs, widely credited with bringing modern British cuisine to the world stage. The holder of two Michelin stars for 18 consecutive years, and now one Michelin star at Lympstone Manor, Michael has long championed the outstanding larder of Southwest England. It is Michael’s brilliant creativity allied with his global taste and vision that allows him to transform the seasonal and regional into dishes of rare precision, focus and flavour. With Michael’s passion for local produce our menus often reflect the season and so change on a weekly basis to ensure we are using the very best and fresh ingredients available to us and sourced on our doorstep.  The numerous awards and accolades that he has been given over the past two decades is a testament to his brilliant creativity.

Michael’s passion for food was founded from his mother who he used to enjoy helping in the kitchen, Says Michael,” I grew up in a large family, and my love of food and cooking came from the big family meals we always shared together, prepared by my mother, who was a wonderful cook. My father loved to grow vegetables and fruit in our garden, and so I grew up appreciating the flavours of the freshest foods, picked that day and simply prepared.”

Michael’s style of cuisine has been greatly influenced by his mentors, and Chef superstars such as  Raymond Blanc at Le Manoir aux Quat’Saisons in Oxfordshire, the late Bernard Loiseau in Saulieu and Joél Robuchon in Paris.

The Dartmoor lamb of Devon is unique in terms of the way it’s bred, pastured and slaughtered, and of course for its flavor and texture. I’ve had the same supplier since I arrived at Gidleigh Park. We get young lambs in the spring and summer. Later in the year, when the lambs are older, we age the meat to tenderize it and bring out its flavor. I cook the saddle sous vide, then grill it in whipped butter. The spring lamb is served with boulangère potatoes, confit shoulder, fennel purée and tapenade jus. I use a little mint in the oil blend, and I coat the lamb with Dijon mustard to make a crust.