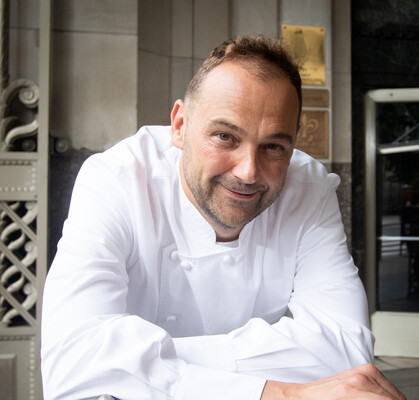 I was born in a village called Strengelbach and at the age of 14 began my first apprenticeship at Baur au Lac, which is on the Lake of Zurich. Four years of days in the kitchen, schooling, and tests of cooking and writing. My first three-star Michelin experience was at Le Pont de Brent, just above Montreaux. Six years ago, when I came to San Francisco to work at the Hotel Compton, I didn’t think of the United States as a food destination. From there, I was recruited by Danny Meyer to work in New York. Here at Eleven Madison Park, we serve pure and market-driven French cuisine. We use classic flavor combinations, and a mix of classic and modern technique. I used to be on a Swiss mountain bike team and for awhile I had to make a decision: Cycling or cooking? So it was cooking. But I picked up marathons about four years ago. Two months ago, I finished the New York marathon in two hours and 51 minutes. That’s what relaxes and inspires me. 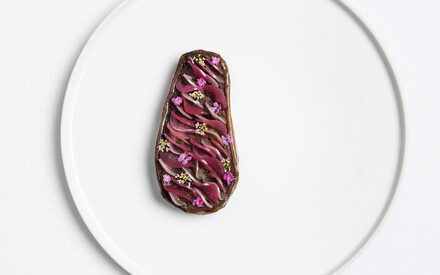