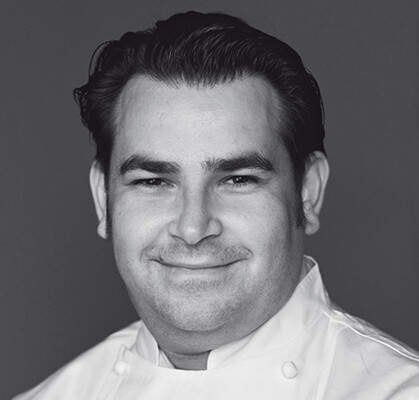 I am not from a family of cooks, but it is a fine profession that has always held an attraction for me. I started by doing an apprenticeship as a pastry chef in Lunéville. The chef in charge of my apprenticeship taught me rigour and a respect for quality ingredients. When I completed this apprenticeship, I chose to remain working with him until he retired. In 1994, I joined Maison Lalonde in Nancy as a confectioner and chocolatier. In 1996, I joined the brigade at the Château d’Adoménil as pastry chef and I joined my parents-in-law to take up the post that they had offered me when I married their daughter in 1994. It was then, working alongside my father-in-law and my sister-in-law, Cathy, that I really discovered the world of cuisine. I was also shaped by the influence of Sophie’s grandfather, a cook of the Escoffier mould who showed me a range of dishes and instructed me in the basics of how they were made. I was increasingly attracted by cooking. After work, I carried out experiments, trying to adapt a number of techniques from pastry cooking to savoury dishes. My father-in-law became aware of these interests and offered advice. I changed direction in 1998 and started working as a commis chef. I was full of enthusiasm and explored each different post knowing I had a lot to learn, quietly working my way up. I became second chef in 2001 and then, in 2003 chef, under the watchful eye of my father-in-law. Thanks to the confidence and generosity of my parents-in-law, the transition was smooth and we officially took over the torch two years ago, and look forward to continuing the Adoménil’s fine traditions into the future. My cuisine? Respect for the ingredients, lightness and a touch of the adventurous.

I buy black truffles in the Vaucluse from January to March, most often from a small family-run operation called Le Soleil de Carpentras. And from November to late December I order Alba white truffles from Tartufingros, an institution in Italy.

Most often I cook black truffles with a cooking base, like for frog legs in cream and truffle with poached egg. I never cook Alba white truffles – I use them raw, shaved at the table over a hot dish to bring out their full aromatic power. Potatoes and pasta make ideal accompaniments to Alba truffles. 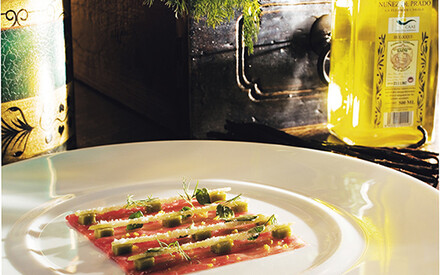 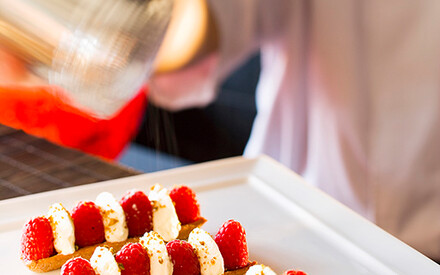