Enlarge the map
Property open
Temporarily closed
All Routes
City, sea, mind-blowing food and culture: British Columbia has it all
Print this itinerary
5 Nights
A concierge is at your service:

Who better to curate a travel itinerary than the founder of the Zagat Survey? Tim Zagat’s seven-hour British Columbia adventure begins in Vancouver, one of North America’s most vibrant and diverse cities—heaven for foodies like Zagat. The energetic pulse of the city is followed by a full immersion in the region’s spectacular natural beauty, from picturesque islands to rugged cliffs rising majestically above the sea. 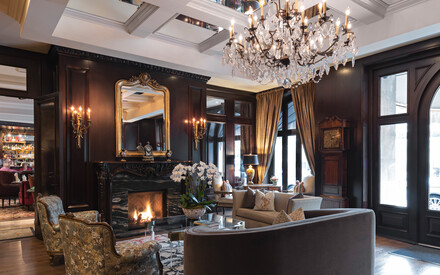 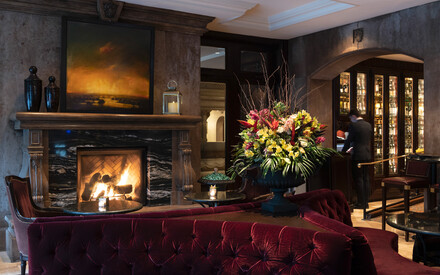 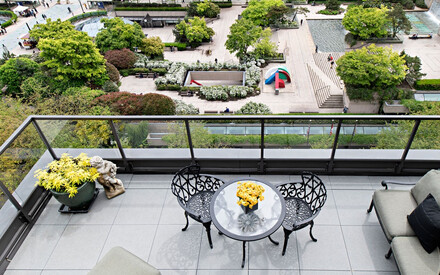 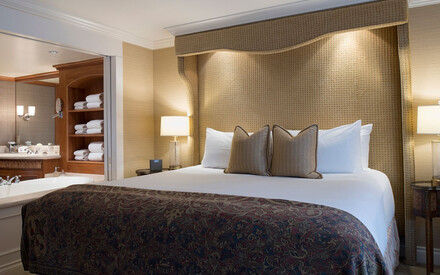 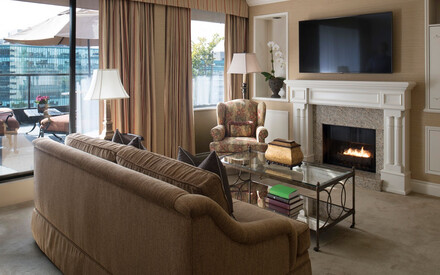 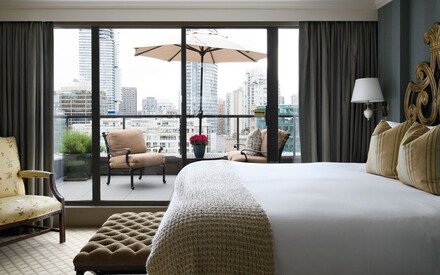 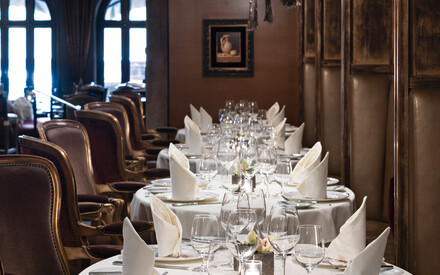 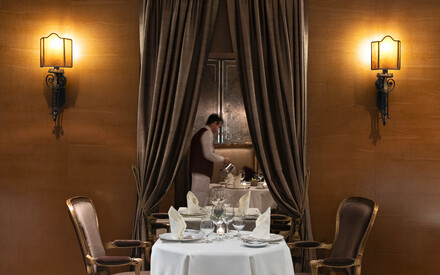 Hotel and restaurant in town. Located on fashionable Robson Square, the Wedgewood is a superb address displaying distinct European elegance, right in the heart of the cosmopolitan city of Vancouver. The guest rooms and suites provide every modern comfort, alongside antiques and original artworks, while the restaurant, dedicated to Bacchus, serves inventive, epicurean cuisine. The lounge is the epitome of understated luxury, featuring stylish furniture, rich fabrics, old-fashioned fireplaces and Venetian light fixtures personally selected by the owner. Every member of the staff, from the team at the inviting wellness center to the chef in the restaurant, strives to attain one goal: perfection. ... Learn moreless 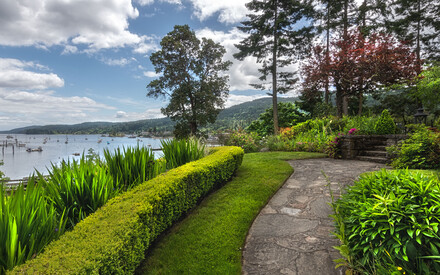 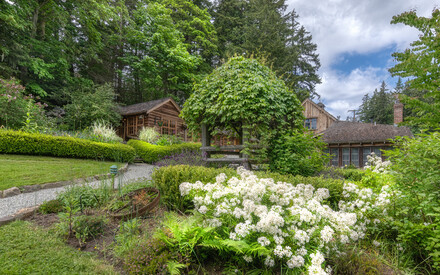 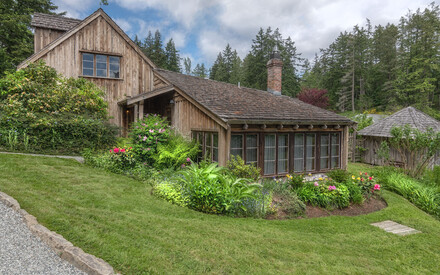 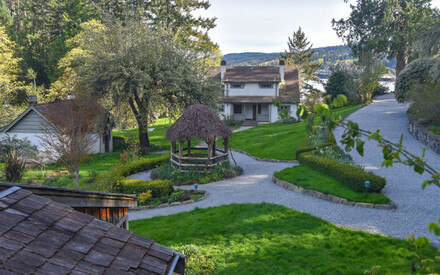 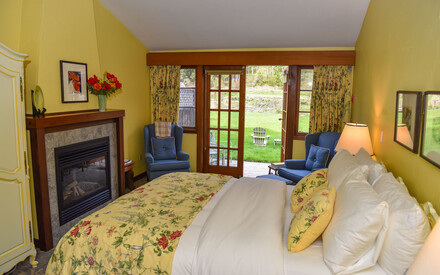 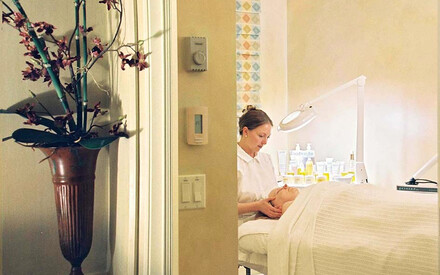 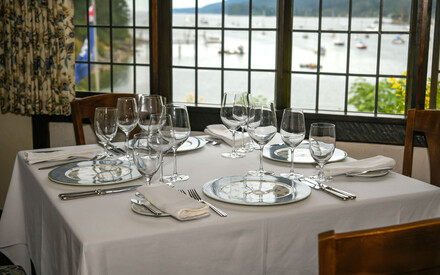 Hotel and restaurant in a park. On picturesque Salt Spring Island, Hastings House Country House Hotel is a charming oceanfront resort with 18 well-appointed guest suites and rooms nestled amidst abundant flower gardens and grounds. A magnificent Sussex-style manor house and seaside terrace are at the heart of the property and provide a convivial spot for dinner and cocktails. Manor Dining offers award-winning gourmet cuisine highlighting fresh produce from the estate’s gardens. Hastings House is an ideal spot for exploring the natural beauty and unique ecology of the Gulf Islands. Salt Spring itself is a hotspot for artists, artisans, and locavores, and is home to three vineyards. ... Learn moreless 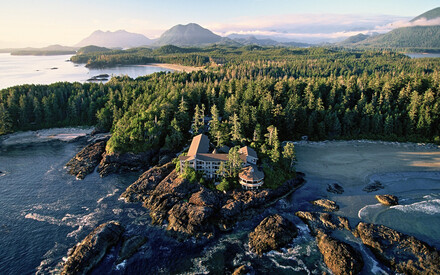 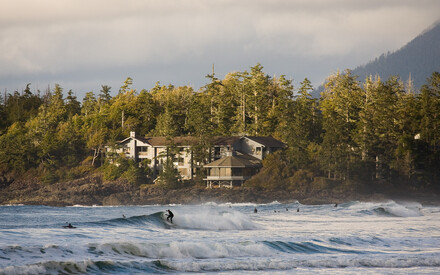 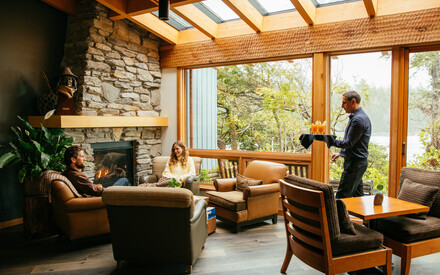 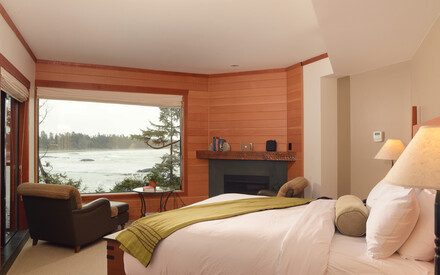 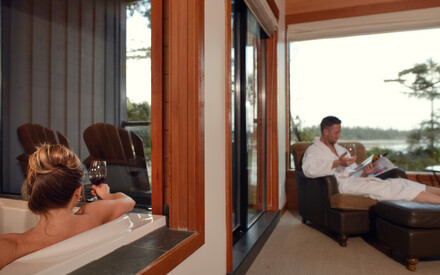 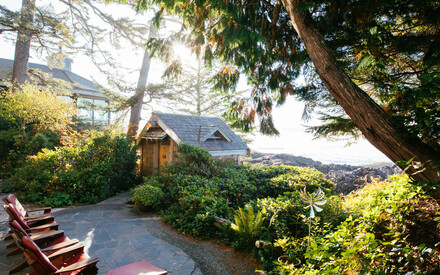 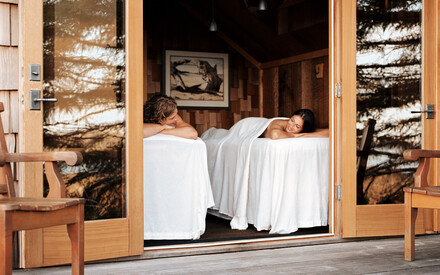 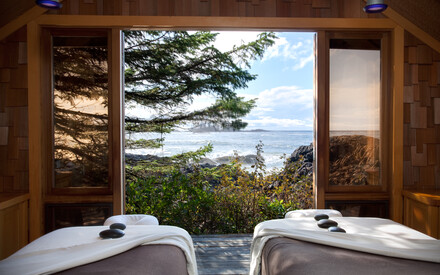 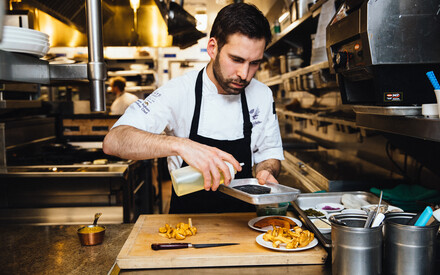 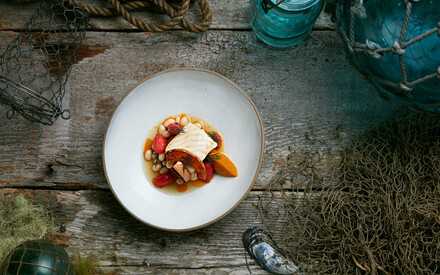 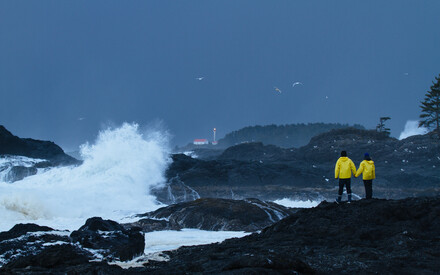 Hotel and restaurant on the seafront. The Wickaninnish Inn stands on an outcrop between the Pacific Ocean, Chesterman Beach and a forest of giant evergreens. Artists, including renowned wood carver Henry Nolla, designed elements of its two buildings with the aim of blending art, nature and culture. You can even meet local artists at the onsite carving shed. Each room has a fireplace and picture window offering views of the coastline. Set off on a day of sea kayaking, or to see whales, sea lions or bears around Clayoquot Sound. Relax with a soothing spa treatment after your day's adventures. From November to March, you can admire mighty Pacific storms, watching from the comfort of your guest room as waves come crashing ashore. ... Learn moreless

Total price communicated as an indication, based on a stay of the number of nights recommended on this webpage, taking place in the next 3 months, and based on double occupancy (excluding recommended activities, excluding properties not bookable online).

To give you inspiration, Relais & Châteaux presents the Routes du Bonheur: Suggestions for travel itineraries that you can fully personalise according to your wishes and the experiences you would like to discover. Our consultants are available to help customise your route and assist you in making reservations at our properties. It is up to you to reserve any recommended activities on-site or nearby that might interest you. ** Offer cannot be combined, valid for an itinerary in at least 2 different Relais & Châteaux establishments before December 31, 2022, reserved with Relais & Châteaux concierges, discount applicable on certain rates and certain establishments. List available from our concierges.
Call our concierge to tailormade your booking and itinerary*. *Price of a local call

City, sea, mind-blowing food and culture: British Columbia has it all
This route was created by Tim Zagat, co-founder of the Zagat Survey

You know you’re in capable hands when a driving adventure is curated by Tim Zagat, co-founder, with his wife Nina, of the Zagat Survey, which began in the 70s as a guide to New York City restaurants and today is the preeminent guide to restaurants and travel destinations around the world.
His itinerary starts in Vancouver, “a place I love and have visited many times,” he says. “It’s one of the most charming cities that is not as well known in the U.S. as it should be. But this is the year to explore North America—to get in your car and go.”
As befits the maestro of travel, Zagat’s itinerary has everything. After Vancouver, it proceeds, via a 35-minute ferry, to picturesque Salt Spring Island (look for dolphins, Harbor porpoises, and even whales en route). A four-hour journey through pine forests to the ruggedly beautiful town of Tofino completes the trip with a fascinating cultural immersion into the lives of the First Nation of the Nuu-chah-nulth peoples, who have called the area home for over five thousand years.