#1 The East Coast of the United States with Relais & Châteaux

From the state of Maine to Florida, the route crosses prairies, mountains and big cities. Holidaying on the East Coast of the United States presents striking contrasts between the bucolic rural areas and the urban bustle of cities like Boston, New York and Miami. While Maine is good for watching its iconic moose, the swampland of the Everglades National Park in the south of Florida is home to crocodiles and manatees.

> Our Relais & Châteaux on the East Coast of the United States! 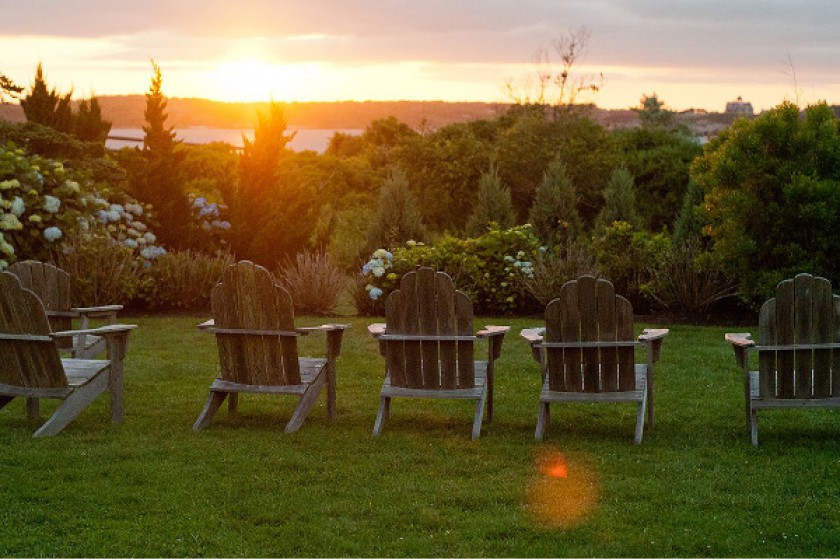 From Brittany to Alsace, Normandy to the Côte d’Azur and Corsica, France is a land bathed in tradition, each region boasting its own typical villages, local festivals,  diverse landscapes and must-see monuments (Mont Saint-Michel, the Eiffel Tower, Loire châteaux, etc.). Summer in France is a chance to reconnect with nature as it gets warmer, walk the long-distance Sentier des Douaniers or Corsica's GR20, spend some time relaxing on the beach in the Côte d’Azur and enjoy world music at the festivals that flood the towns in July and August. But France is also a country of gourmets, where sun-ripened fruit and vegetables delight the palates of discerning foodie tourists.

> Our Relais & Châteaux in France 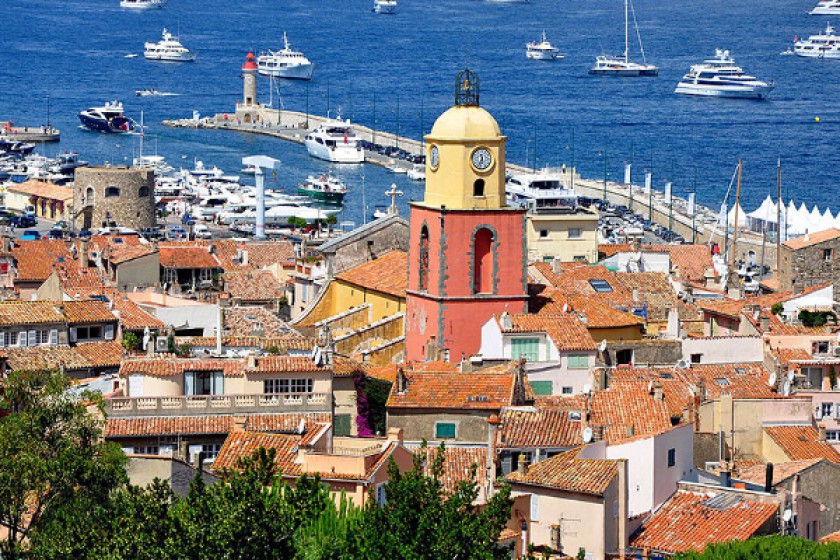 Home to the most talented of artists, Italy reveals marvels from Antiquity to the Renaissance in Venice, Milan, Rome and Florence. Its mouthwatering gastronomy provides a treat for the taste buds too, where charcuterie is matched with delicious cheeses and even deciding between pizza and pasta can be hard at times. It is a country in which every region reveals hidden depths, where café terraces have atmosphere and languages are spoken with an enthusiasm unique to the Italians.

> Our Relais & Châteaux in Italy! 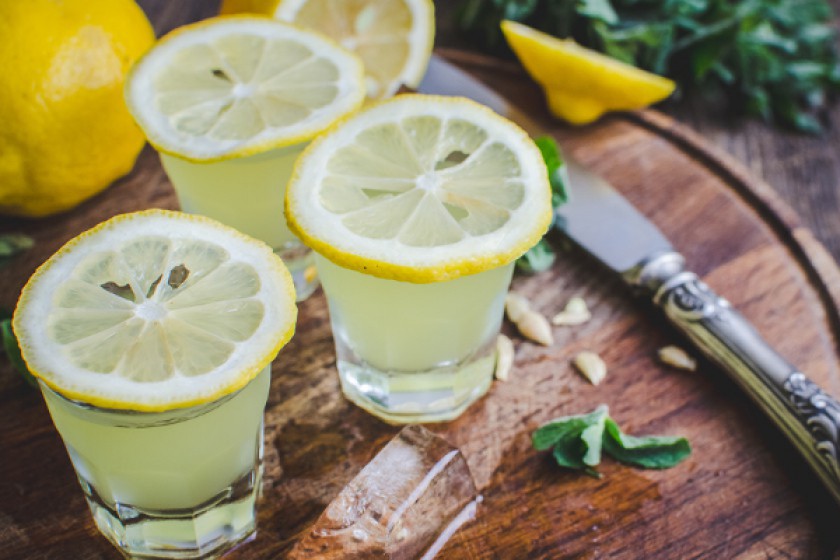 Luxuriant countryside and cozy red brick houses with bow windows provide the eminently British setting for traditional afternoon tea. Scottish lochs on the south coast, landscapes that run on from one another and yet are always different... While the rural areas exert a certain calming effect, the green lawns attached to vast properties present a particular idea of pretty English gardens and the national parks reveal the often underestimated magnificence of nature. But Great Britain is also bursting with fascinating cities like London, Brighton, Bath and Cambridge that play upon their history, universities and charming way of life.

> Our Relais & Châteaux in Great Britain 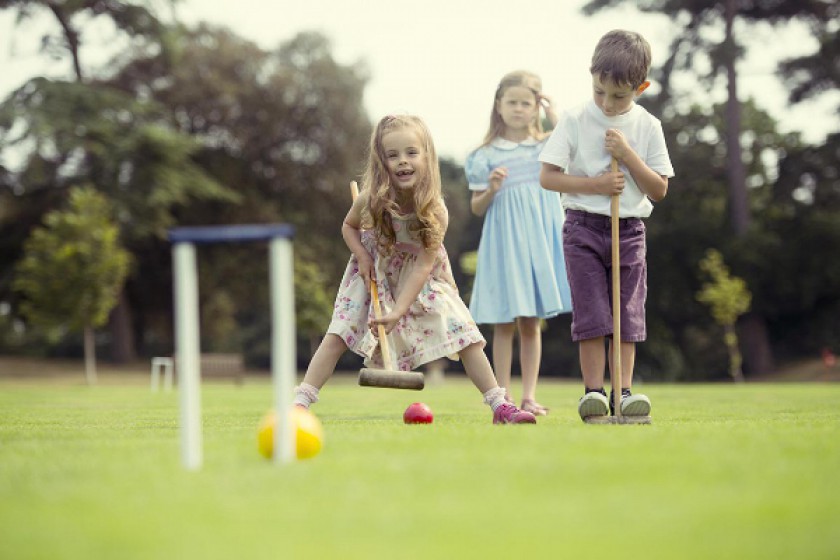 From Toronto to Quebec, visitors and tourists can enjoy nature in beautiful abundance. National parks, lakes, enormous waterfalls, forests, flora and fauna all contribute to this incredible wealth. Bears, moose and raccoons all live here, so coming across them on a hiking trail or on the banks of the lake is not unlikely. But the country with the maple leaf flag is also home to vibrant cities like Toronto, where skyscrapers rise into the very Anglo-Saxon sky. Reflected in the water of the Saint Lawrence River, Quebec City and Montreal attract shoppers to explore the streets and alleys of their charming and historic city centers.

> Our Relais & Châteaux in Eastern Canada 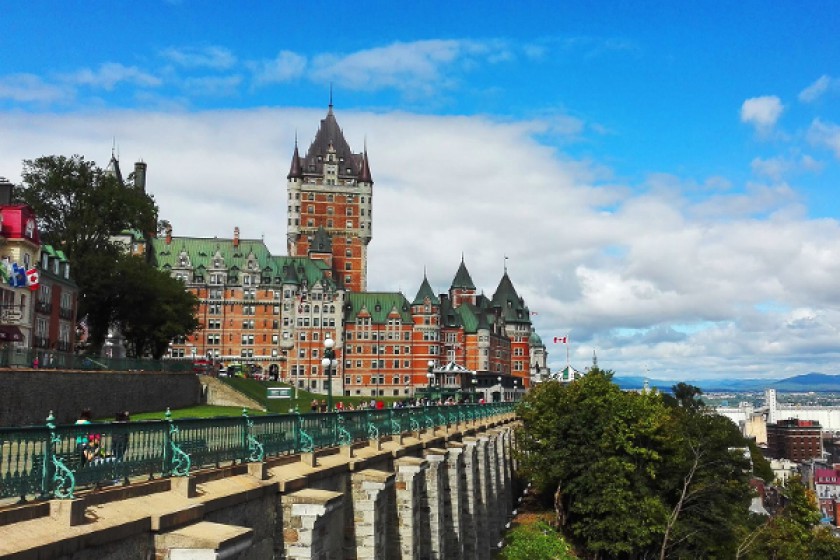 Ireland is a land of hospitality, where you can comfortably hole up in a cozy pub in Temple Bar for some Guinness black beer with friends. But Ireland is also a land of talents, the birthplace of the illustrious Francis Bacon and the writer Oscar Wilde, for whom "the only things one never regrets are ones mistakes". You won’t regret a trip to Ireland either. It is renowned for its stunning picture perfect landscapes, including: Burren Plateau, Dingle Peninsula, Connemara National Park and The Giant's Causeway.

> Our Relais & Châteaux in Ireland 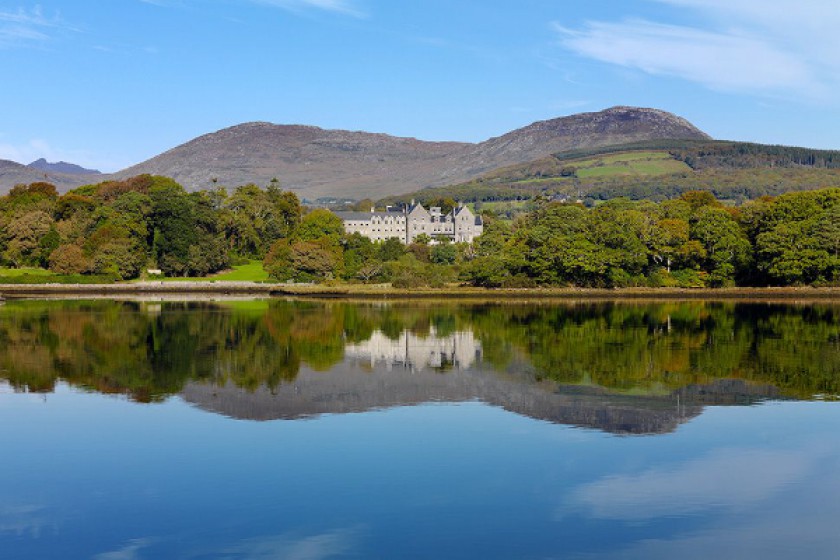 From the Cyclades to the Aegean Sea, Greece is the land of the Gods, an entire civilization that left behind some of the most beautiful architectural remains, including: the Sanctuary of Apollo at Delphi, the theater of Epidaurus, the site of Olympia, the Parthenon in Athens, etc. In this unique atmosphere, you could really enjoy a few pages of the The Iliad and The Odyssey between the Trojan War and the adventures of the greatest traveler of all time, Ulysses. After all that exploration, what could be better than staying on the Cyclades, a group of islands featuring white houses, bougainvilleas and turquoise sea perfect for diving?

> Our Relais & Châteaux in Greece 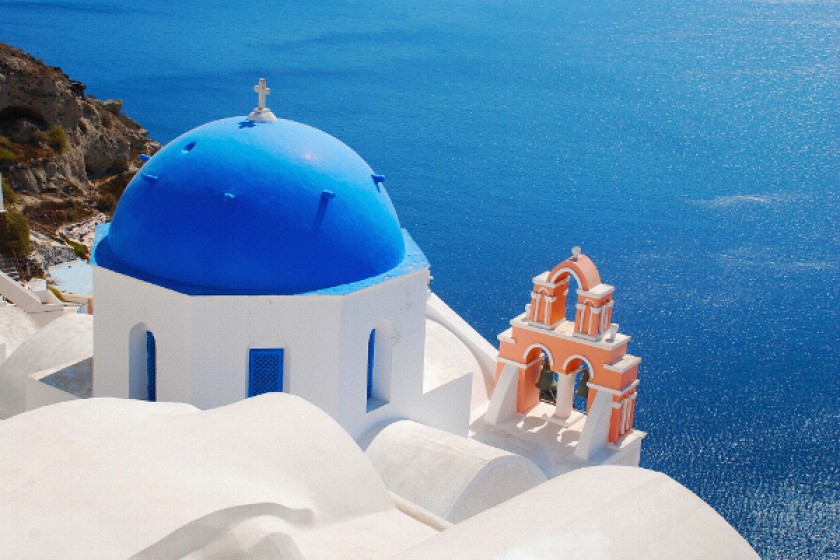 Between the Pacific and the Andean Cordillera, Peru is structured around a dry, desert-like climate on the tropical Pacific coast in the east of the country. Standing at an altitude of 2,438 meters is the most famous archaeological remnant of Inca civilization, the majestic UNESCO-listed Machu Picchu. In the south of the country, Lake Titicaca brings out the Quechua community. The lake's smiling inhabitants will be one of the most special memories of your trip. Finally, the cities of Cusco and Lima will immerse you in the architectural heritage of the Spanish civilization, as well as its gastronomy, which is gaining recognition.

> Our Relais & Châteaux in Peru 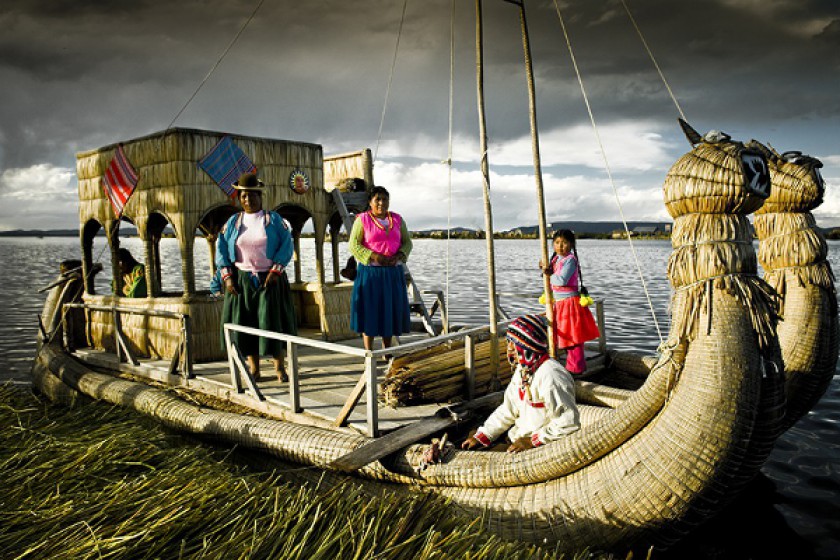 Réunion Island, recently dubbed "The intense island" is a tiny paradise admired for its coasts, its national parks and grandiose nature that leaves no traveler unmoved. You cannot fail to be impressed by the hospitality of the island's inhabitants, who will gladly invite you to eat curry or sausage rougail with them and share stories of their precious homeland! Here, everyone can indulge their passions. It could mean surfing in the most beautiful spot imaginable in Saint-Leu, diving in Saint-Gilles-les-Bains, hiking along the Cirque de Mafate, or the torrents, ravines and other rocky outcrops on the island.

> Our Relais & Châteaux on Réunion Island 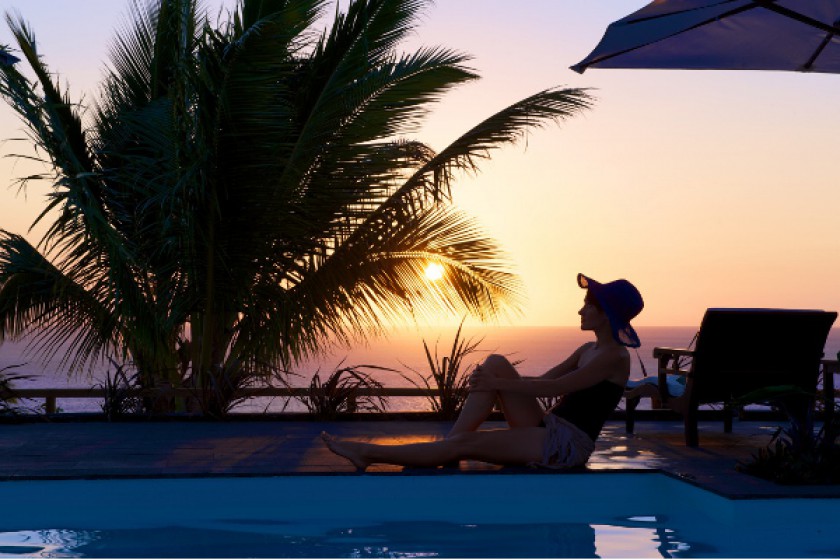 Extending along the Adriatic coast, Croatia inspires wonder with its turquoise sea and its islands complete with small secluded creeks: Hvar, Korčula, Mljet, Brač, etc. But exploring Croatia also means taking in some of its history, in the form of Roman ruins like the Diocletian's Palace in Split, or Pula. Beautiful gem in the Adriatic, Dubrovnik, with its maze of streets surrounded by ramparts, deserves its UNESCO World Heritage status on every level.

> Our Relais & Châteaux in Croatia 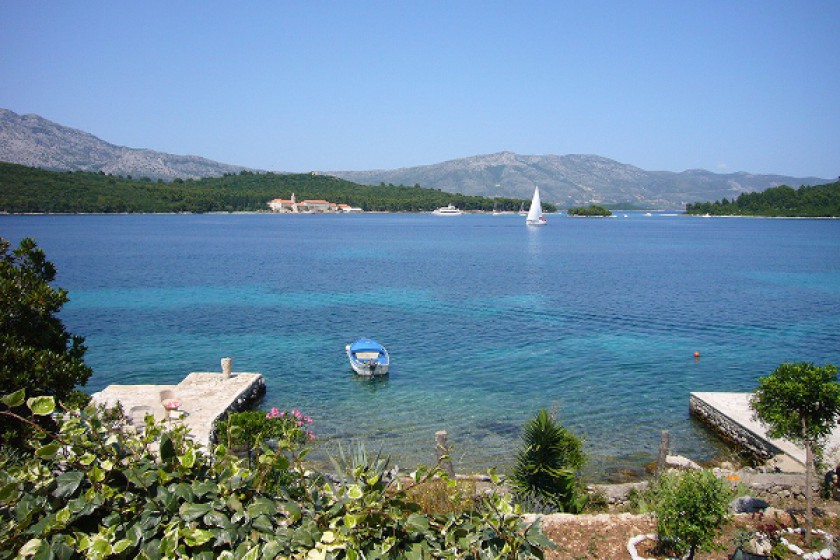