The new year is now underway, so make sure to keep your energy levels up, and let yourself be pampered with a stay at one of these top-ranking French hotels with spas.

1. The royal treatment at the Royal Champagne Hotel and Spa, Champagne 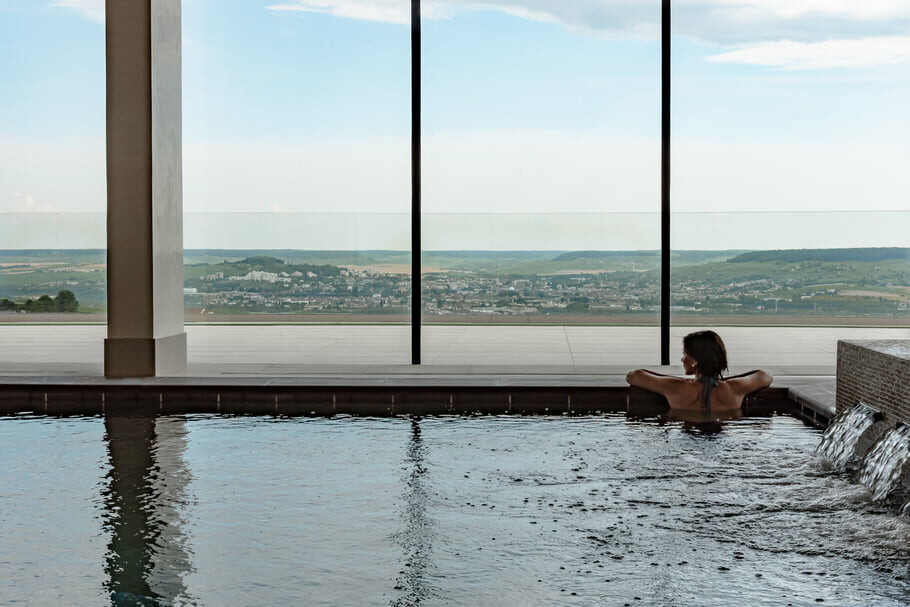 Perched atop the hills of Champagne on the spot of an old coaching inn built on the orders of Empress Josephine (Napoleon’s first wife), this recently opened abode’s been in every magazine and newspaper around the world, and it’s not hard to see why. First, for the bewitching vistas of golden vineyards that bear the fruit of the world’s champagne, which run all the way to the horizon. Second, for the pared-down interiors of soothing bronze and cream, and third, for the huge 1,500m2 spa with a glass lined infinity pool with those magical UNESCO-stamped vineyard views as the backdrop. With Biologique Recherche treatments and personal trainers on hand to pamper and pummel guests back into shape, this is just the tonic for tired minds and bodies.

2. A breath of fresh air at the Relais Bernard Loiseau, Burgundy 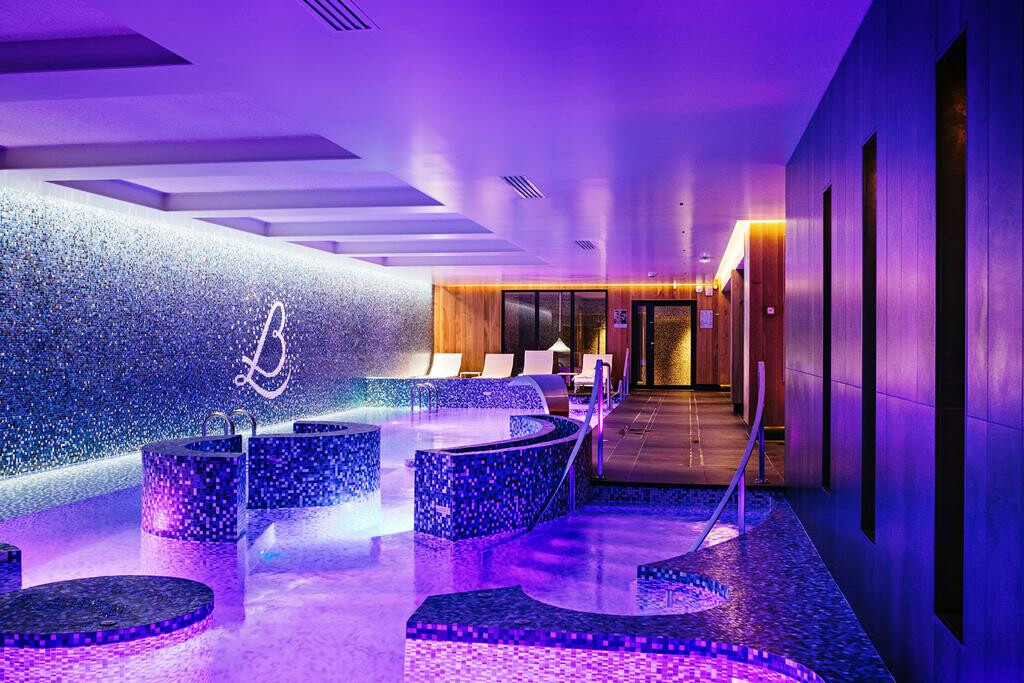 The late Bernard Loiseau was a multi award-winning three-star chef, whose legacy is being continued by Patrick Bertron in the kitchens. While the restaurant is a prime attraction in the area, it’s not the only reason to stay at the five-star Relais. Bordering the Morvan Forest, the hotel is characterized by the surrounding wilderness. Guest rooms look out onto a leafy garden, home to a variety of birds, which is the pride and joy of owner Dominique Loiseau, Bernard’s wife. Last year, she unveiled a four-story spa, taking the hotel up a notch in the hospitality game. It comes with a multitude of pools, steam baths, water bikes, ten treatments rooms and even its own restaurant, but the standout feature has to be the penthouse spa suite with its own balneotherapy bath and hammam for a weekend of complete relaxation. 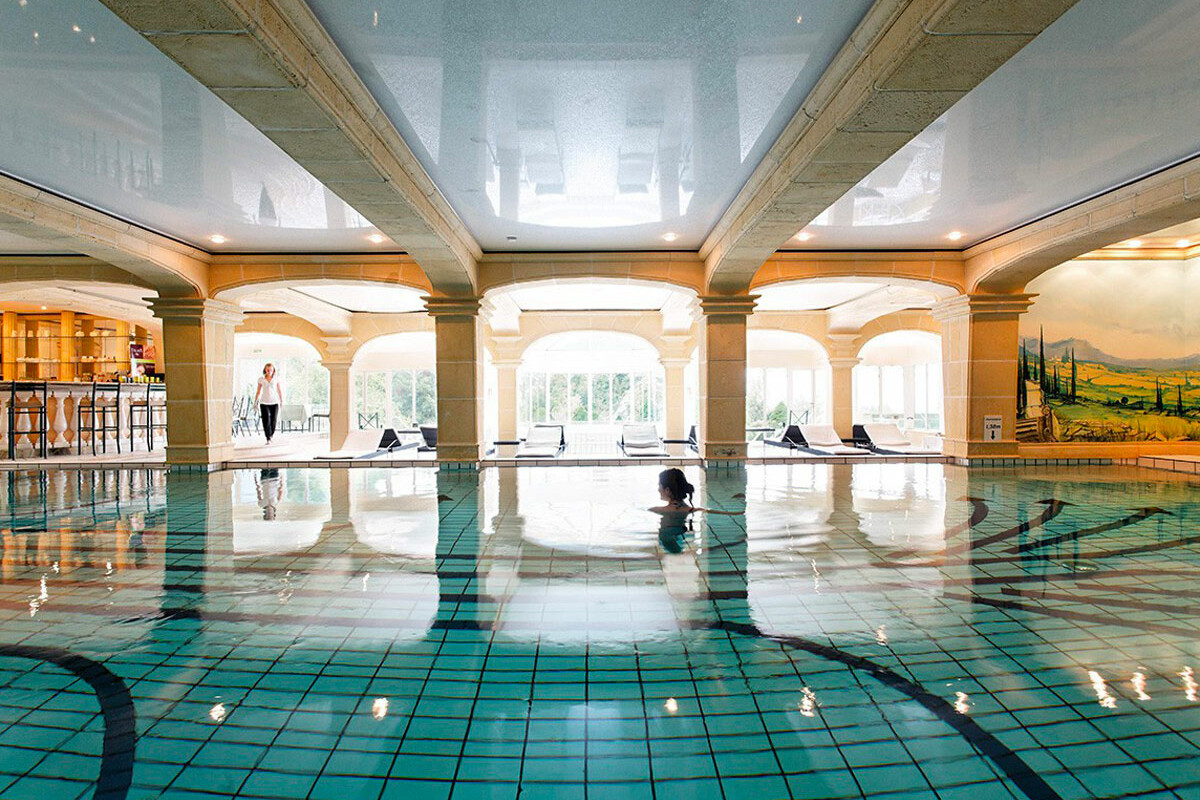 A stone’s throw from the scenic port town of Honfleur which hugs the shores of Normandy’s estuary where the River Seine meets the English Channel, Saint Simeon is a pretty picture of flower gardens and local character. Once a refuge for impressionist painters like Claude Monet and Gustave Courbet, and poets like Baudelaire, who fled the dank melancholy of Paris in search of inspiration, the 17th-century farmhouse may no longer be a hangout for artists, but it still draws tired city dwellers in search of a break in idyllic surroundings. Offering organic spa treatments that vary according to season, it also has its signature range using Normandy apples. In between treatments, guests relax by the glass-fronted pool and Jacuzzi, or pad about the beautifully manicured seafront gardens sprinkled with white roses. 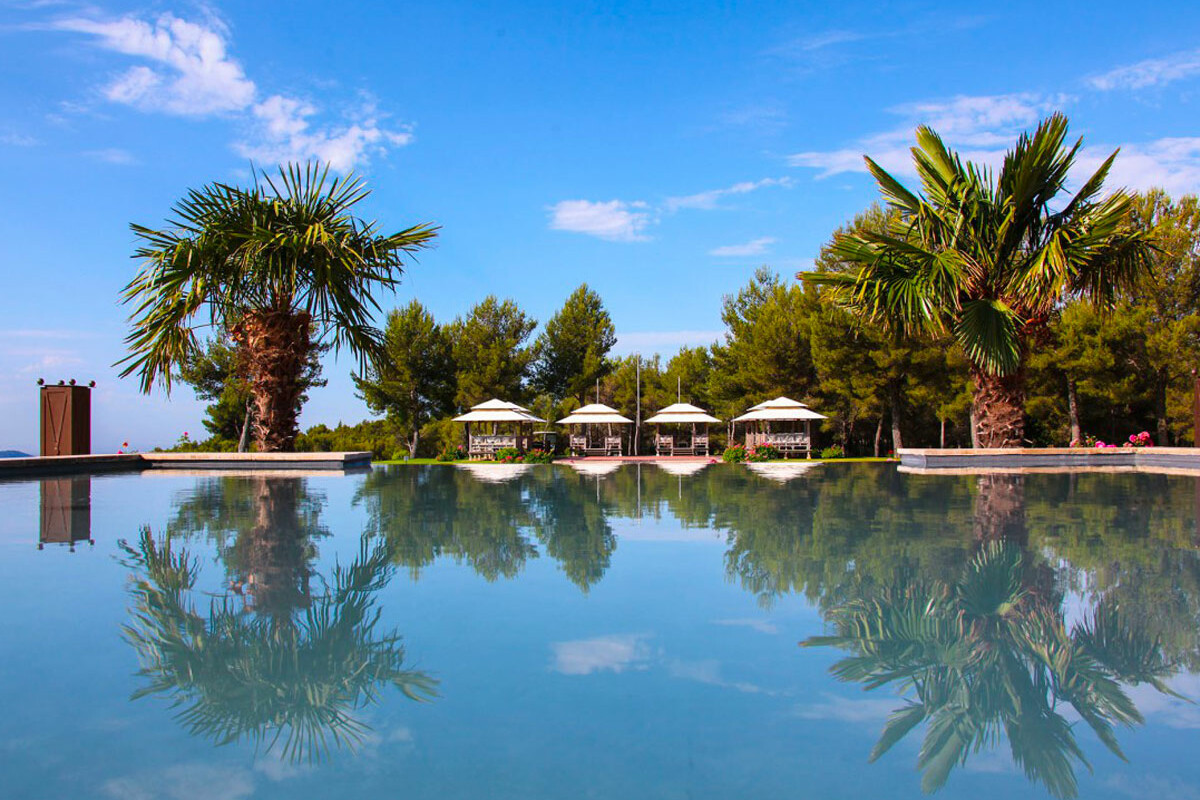 Set back from the bustling Riviera, flanking a forest of pine trees and planted with fragrant lavender and slender cypress trees, Le Castellet, with its powdery terracotta stone villas is the perfect picture of Provence elegance. Guests looking for respite among the sun-drenched hills of rolling vineyards, will find it all right here because not only does it offer three-star dining by chef Christophe Bacquié, but it also comes with a superb 700m2 spa with a pool, sauna, steam rooms and top-notch treatments. In fact, the Castellet snapped up the award for best spa last year. The hotel also has its own six-hole golf course, is located just nine miles from the sleepy stone village of Castellet, and is next door to a Formula 1 racing track, so a weekend here can be as relaxed or active as guests choose.

5. A taste of bewitching Provence at the Château de Berne 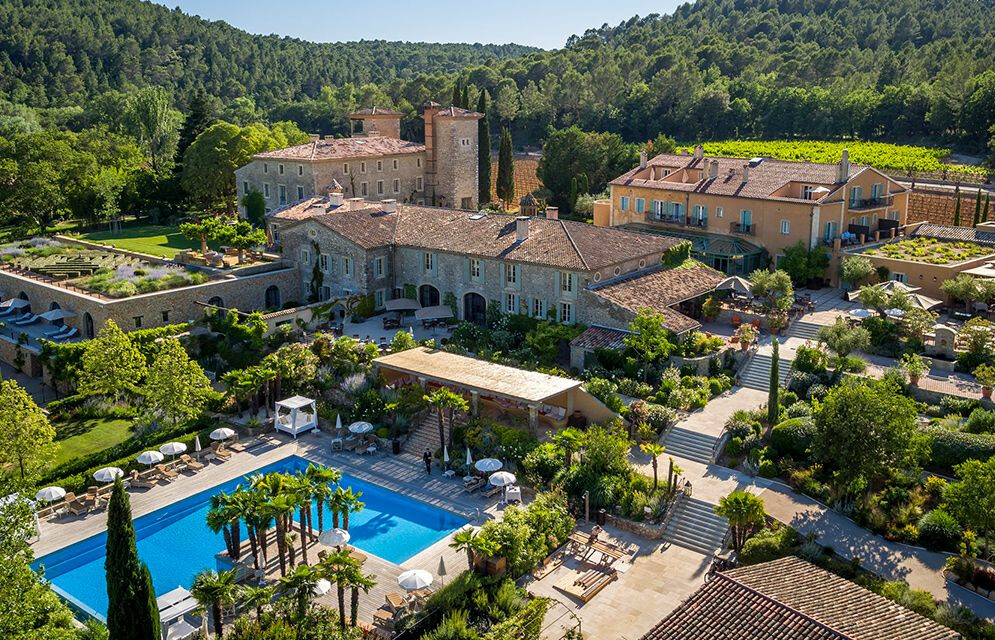 Slotted in amongst achingly pretty surroundings of forests and vineyards, the Chateau de Berne is a French countryside fairytale an hour’s drive from Cannes. Think rays of sunshine falling through cloudless blue skies, warming the cluster of 18-century stone houses, white parasols lining the infinity pool that affords vistas of the Provence landscape, and we haven’t even started on the Michelin-star dining or the 800m2 spa. A wellness haven with a pool lined by more of those incredible views and spirals of leafy grapevines clinging to the railings, the spa is smart and comes with Jacuzzis, a steam room and sauna as well as gorgeous smelling Cinq Mondes treatments inspired by ancient traditions around the world. The chateau also doubles up as a yoga and meditation retreat with programmes specially tailored to each guest.

6. A retreat for nature lovers at the Chateau de Riell, Languedoc-Rousillon 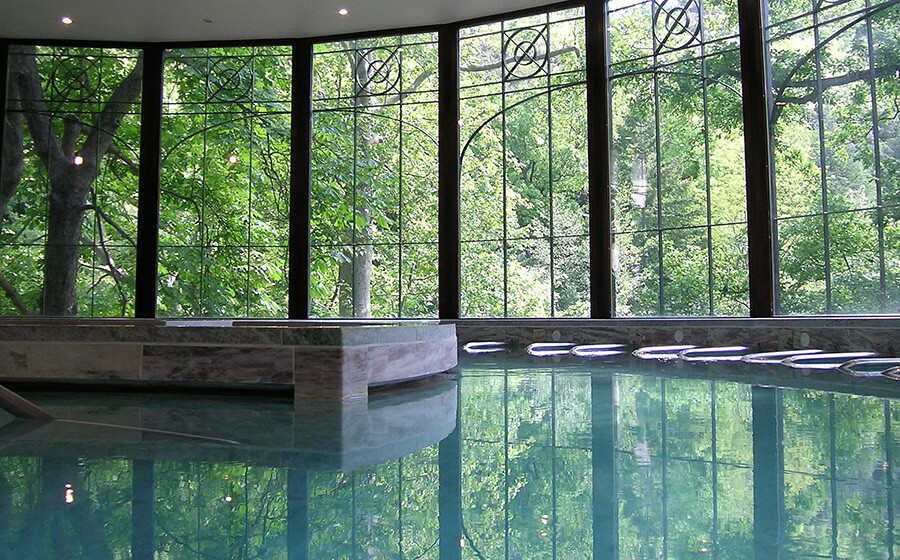 An 1860 ivy-adorned baroque folly of a hotel that certainly stands out from the rest, the Chateau de Riell is blessed with some of the most incredible views of the Pyenean peaks and its surrounding southern French forest that runs as far as the eye can see. Inside its slate grey brick exterior, rooms are a mix of rustic chic with period details like Victorian portraits and toile de jouy wallpaper. A retreat for nature lovers, time here, ticks to the pace of nature and relaxation. The hotel is perched above thermal spa town Molitg-les-Bains, where locals bathe in plankton-rich waters, and guests can make the short trip from the hotel in between sessions at the hotel’s Roman spa, offering 1,500m2 of wellness, including an indoor thermal pool that curves through the impenetrable French Catalonian forest. 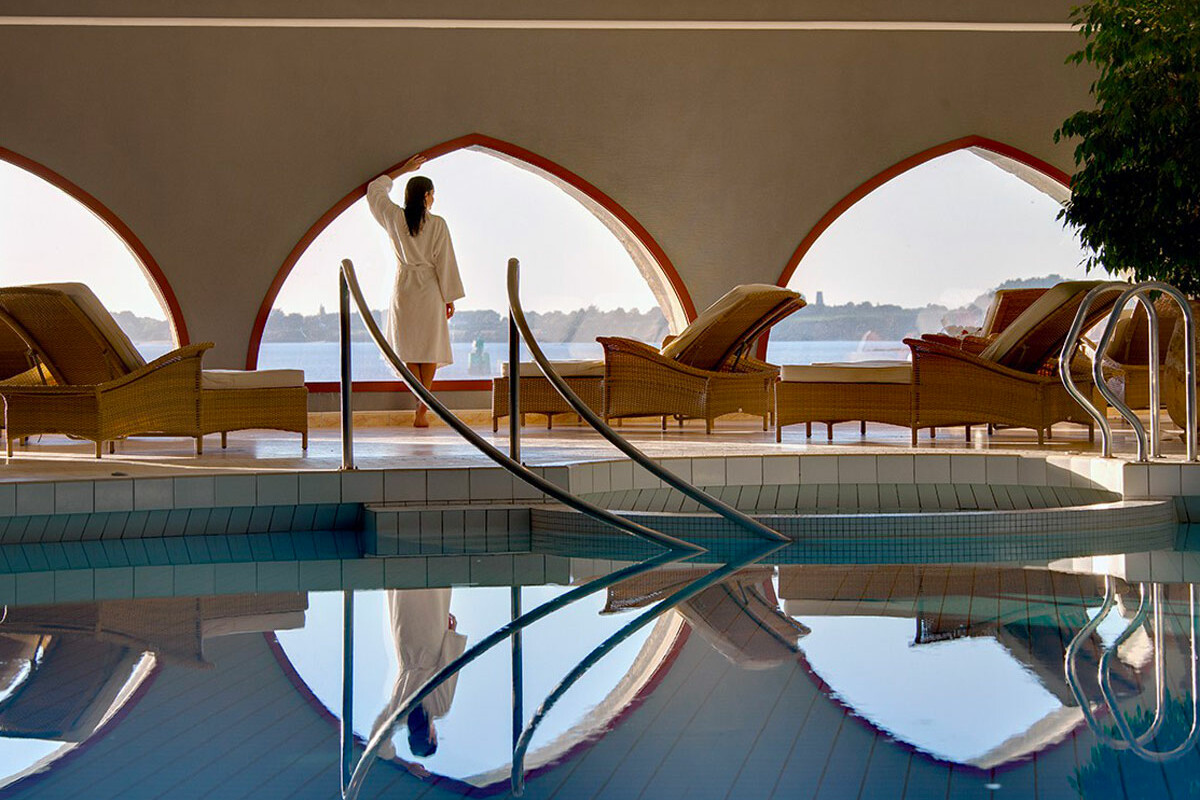 Perched on the cliffs of the tiny craggy peninsula of Penn Lann north of the Brière National Park’s swampy beauty, this seafront hotel lies well and truly off the tourist track. With plenty of Breton spirit and moody sea views, this is the place for rejuvenating the body and the mind. Rooms, hushed and cossetted, come with panoramic views, as does the restaurant, which serves local seafood specialties like lobster and crab. The spa is built along the cliff face, has a heated indoor pool and Jacuzzi where guests can take in the views of the sea while being rocked by the sounds of the waves below and the cries of seagulls as they soar through the skies. No doubt a weekend here will leave you feeling as though you are floating on air by the end. 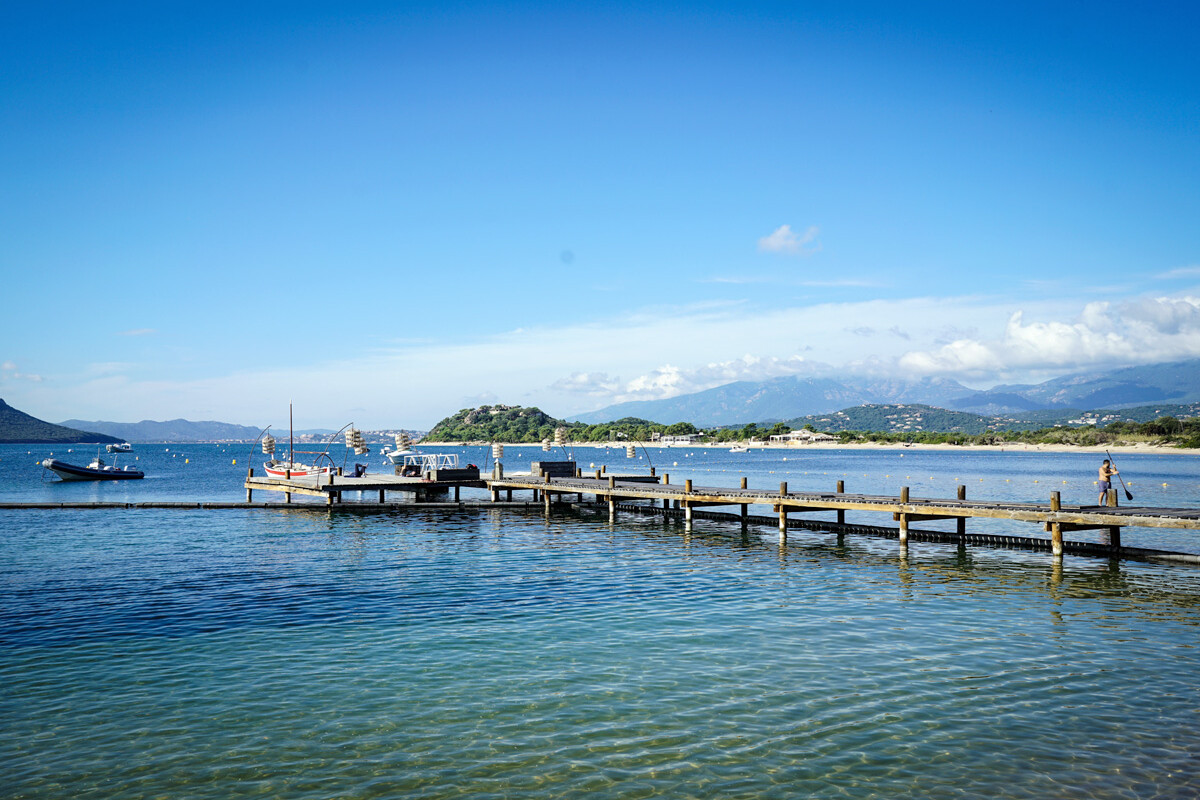 Corsica isn’t called the ‘island of beauty’ for nothing. Possibly one of the most beautiful areas of France, it has it all, from friendly locals to forests, hiking trails, rivers, lakes, golden sandy beaches, and retina-pulling turquoise waters. Accommodations range widely for all tastes and budgets, but the Grand Hotel Cala Rossa, north of Porto Vecchio, is where the well-heeled put down their bags. Perched in the cove’s forest, the Japanese-inspired Nucca spa along with its treatments and personal yoga coaching sessions help guests be on their way to reconnecting with nature. Even the restaurant, with its wooden deck, is perched above the crystal waters, so guests can spend every minute as close to Corsica’s unrivalled natural beauty as possible.

9. At one with nature at the Hostellerie La Cheneaudière, Alsace 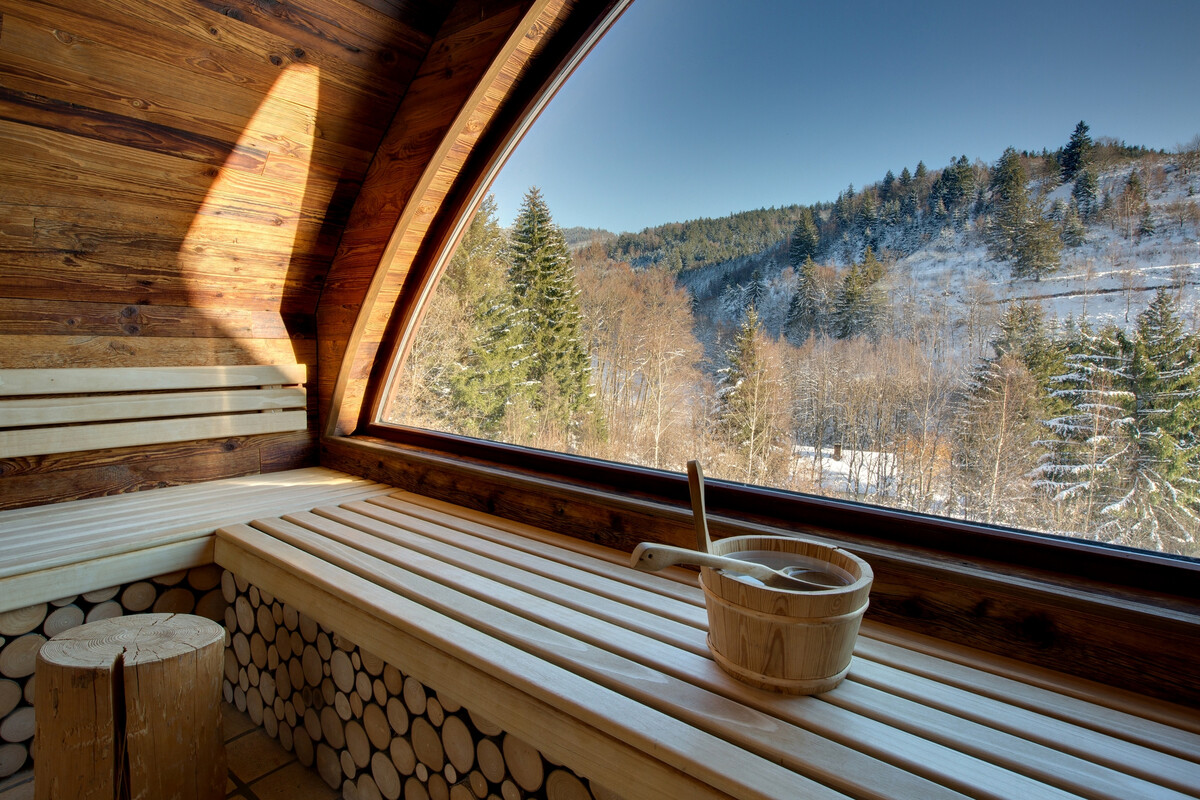 For travellers who don’t believe it’s still possible to stay in the middle of nowhere, then think again, because it doesn’t get more below-the-radar this little-known spot close to the German border. Despite its secluded location, la Cheneaudière offers plenty of Alsatian spirit that will make you want to hunker down to some serious chilling out in rustic chic luxury. In fact, it feels more like sojourning at a friend’s country home here than staying at a five-star hotel. Set close to the Vosges Mountains, the hotel comes with spectacular views of the surrounding forests and snow-capped peaks in winter. Its restful atmosphere that feels miles from city life is complemented by the treatments offered at the 2,500m2 spa with no less than five saunas and four outdoor pools that hang over the trees. 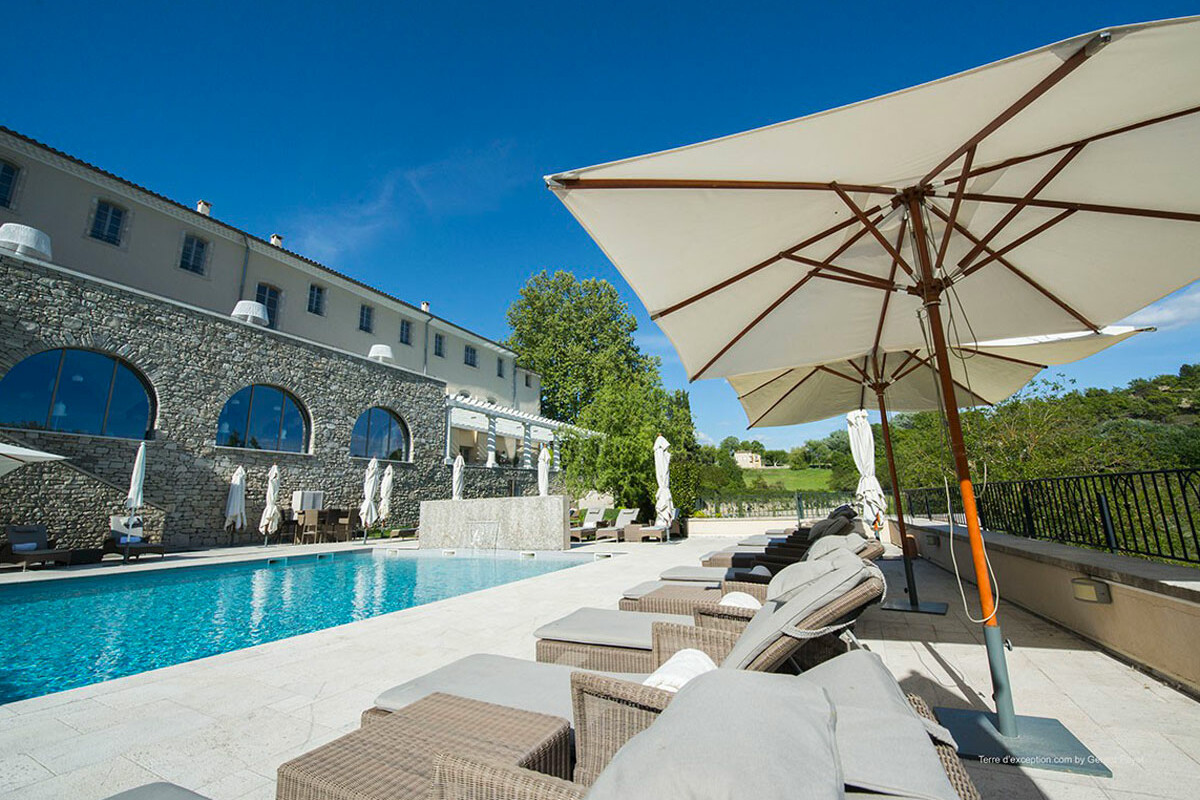 France has a great many legendary hotels, and the Couvent des Minimes is one of them. Close to a handful of picturesque villages, a stay here guarantees a taste of that enviable Provençal way of life. Combining local medieval architecture (some of its buildings date back to 1613) and contemporary tastes, the Couvent sits in sun-drenched terraced gardens that are over a century old. A former convent that was inhabited by nuns until the late nineties, the hotel is now a hotel brimming with soul and that offers the whole package for unwinding, from spectacular surroundings to a cutting edge L’Occitane spa where the treatments are all inspired by the hotel’s Provence location. The indoor pool splashed with cheerful colours and natural wood, and views of the iconic vineyards and cypress trees out in the gardens tie the experience together.