After the first three issues relating mustard, saffron and pepper, Octopus, précis artistique des mots de bouche, invites you to discover garlic through its culinary meaning, in the kitchens of Pierre Gagnaire.

In this journal of tentacular temerity, where the press morphs into the work founded by Marie Secret, Octopus, artistic journal about culinary words, invites you to sample a concoction of many flavors: etymological, artistic, historical, sociological, scientific, culinary. The contributions’ authors are all experts in their respective fields – from history to science – and professions – from writers to critics. For each issue, an artist is invited to create a work especially for Octopus, which is then reproduced on the back of the printed version as a collectible design.

Balzac, who is known for his gargantuan feasts, also depicted his characters feasting in his novels. What a delightful coincidence that Pierre Gagnaire should move into 6 rue Balzac, Paris. When he wasn’t writing, Honoré de Balzac showed a voracious appetite. In one sitting he could devour one hundred oysters washed down with four bottles of white wine, followed by twelve chops, a pot-roast duck with turnips, two roasted partridges, a sole à la Normande and a dozen pears (Source : «Garçon, un cent d'huîtres!» by Anka Muhlstein, Odile Jacob, 2010). Pierre Gagnaire’s creations seem like a treasure of lightness and refinement in comparison: delicate, colourful, infinitely meticulous and elaborate in the cooking and the seasoning of his dishes. Beyond that contrast, both men display a love of gastronomy. Balzac had a taste for pomp and quality products; he would request a gold dinner service for just one meal. In turn, Pierre Gagnaire uses art and musical notes as inspiration to create his dishes and convey sensations and emotions. 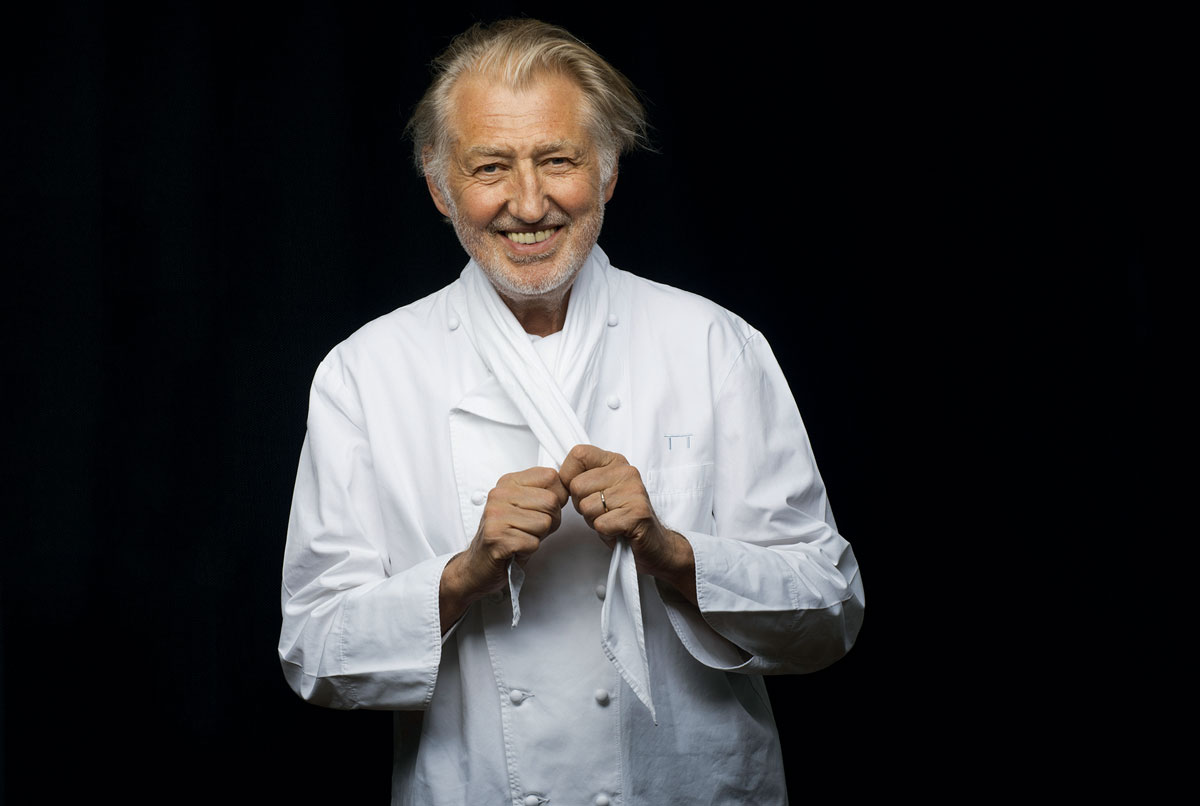 Garlic, Balzac, Gagnaire: they may seem like an incongruous trio. Let us question the relationship none the less! The menus created by Mr Gagnaire feature pink garlic and particularly black Aomori garlic which is fermented, according to a Japanese technique, for about twenty days in a humid atmosphere. This process enables the development of sweet and tangy flavours. As a result, the matured cloves of garlic become a deep black nuanced by their sandy-grey casings. This type of garlic is very evocative and takes us beyond the simple act of tasting: making us travel, its black colour reminding us of Pierre Soulages, its surprising caramel hints…

What does garlic stand for in Balzac’s novels when it is only mentioned eight times in the ninety-one novels and short stories that comprise the Human Comedy? We can at the very least remark on the fact that the use of this condiment is never due to chance. Garlic is consistently used to underline a lack of wealth, culture or refinement. In the Unconscious comedians, the smell of garlic portrays the vulgarity of provincial life. In The village rector, it is one of the rare ingredients cheap enough to grace peasants’ tables. When rubbed on bread it serves as the miser’s dinner in Cousin Pons as well as the pauper’s dinner in Lost Illusions, The Atheist’s Mass, The Splendors and Miseries of Courtesans and The Country Doctor. It doesn’t say much about Balzac’s personnel taste but reveals the symbolic role of garlic, and during the 19th century, it embodied frugality, hardiness and simplicity.

Today, garlic in all its shapes and forms, has been reinstated as a worthy condiment. White, pink, purple, Aomori black, it takes on various colours. Far from yesterday’s peasant connotations, garlic has become the mark of refinement. It is enjoyed whole and unpeeled or confit with our Sunday roasts, yesteryear’s snacks of bread rubbed with garlic have become trendy, we go searching around the globe for new recipes and varieties. Whether in books or in our plates, rustic or refined, garlic in all its shapes and forms continues to surprise our taste buds and feed our imagination. 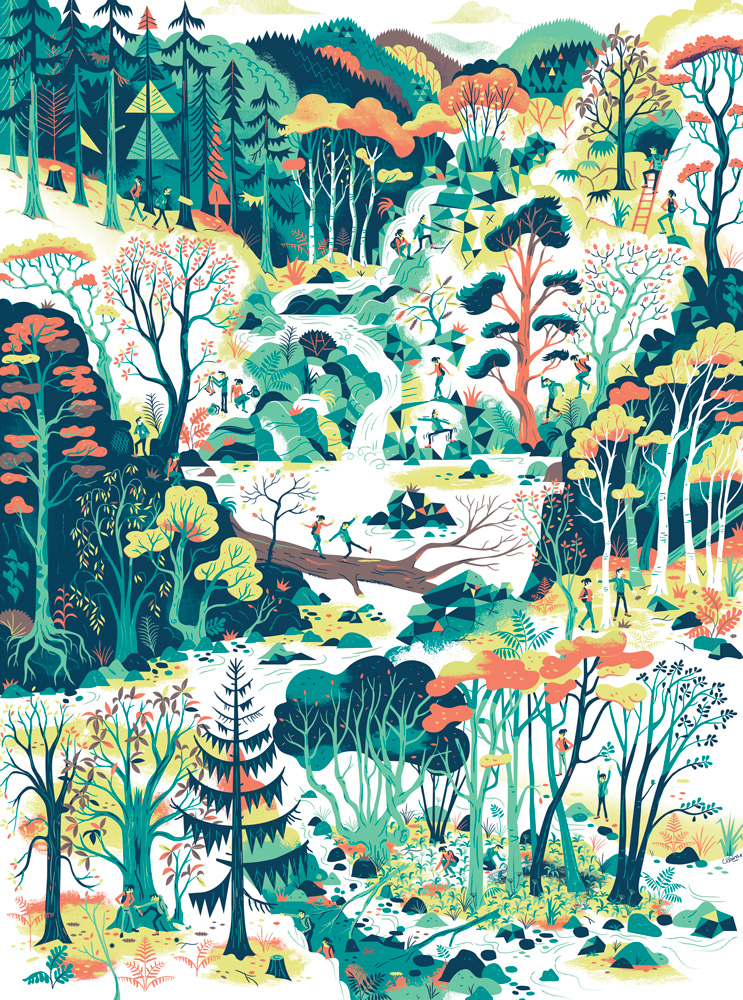 For each issue, an artist is invited to create a collectible artwork especially for Octopus. For this issue, Octopus asked the french illustrator, professional cartoonist, Alexandre Clérisse, to draw his representation of garlic. He gives us an explanation of his drawing:

In this design, I wanted to depict a quest I undertook with my partner: the search for ramsons, a variety of wild garlic, also known as bear’s garlic. On the edge of a valley hidden deep in a rugged forest in the Lot, a string of waterfalls and pools flow into a natural pond and, on a small islet nearby, wild garlic grows in abundance, steeping the place in its unmistakable smell. Ramsons has a fresh, potent flavor, but if you wish to use it in your dishes, you must earn the privilege with this two-hour trek down into the valley, and then up and out again. I hope my image captures this feeling