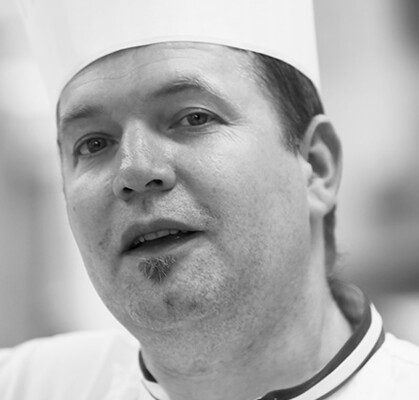 It was watching my mother bustle purposefully around the stove that filled me with a passion for cooking. Contact with all those great chefs who are able to communicate to others their love of gastronomy is what fuelled my desire to strive for the very best. The experiences which have left a mark on me were time spent with Troisgros in Roanne, Bernard Loiseau in Saulieu, Pierre Gagnaire in St Etienne, Antoine Westermann in Strasbourg at the Buerehiesel, before going to the Belle Otéro to be with Christian Chauveau in Cannes and, of course, Régis Marcon in St Bonnet le Froid and Jacques Lameloise in Chagny. What have I learnt from all that? From Troisgros: the spirit of a three stars assembled in minute detail. From Loiseau: cuisine in its purest form. From Gagnaire: a sense of creativity. From Westermann: Alsace, naturally, its generosity and the beauty of its produce. From Jacques Lameloise: his simplicity … Qualities which are mutually complementary and have further enriched what was an already rich training. My high points: my apprenticeship with Troisgros (a dream!), meeting Pierre Gagnaire, and then the six years I spent with Régis Marcon. The title of Best Worker of France (MOF) awarded in 2004. Finally, the biggest challenge of my life, working with Jacques Lameloise, and aiming to succeed him eventually. Mine is a constantly-evolving heritage cuisine, which respects its ingredients. It is sensitive, gourmet cuisine, adding a touch of fantasy to whatever tradition is in vogue.

As a child, I tasted veal for the first time at my grandparents’ farm, where they raised a few calves. I cooked it for the first time when I was working as a commis for Pierre Gagnaire in Saint Étienne. I buy my veal from Monsieur Trolliet, a winner of the MOF (Meilleur Ouvrier de France, “Best Craftsman of France”) award, and from Jean Deneaux for Limousin suckling veal. Both are superb selections, with a remarkable texture and flavor.

I cook veal chops larded with Colonnata lardo, rubbed with marjoram and orange and roasted in a saucepan, accompanied by confit potatoes and caramelized onion juice. 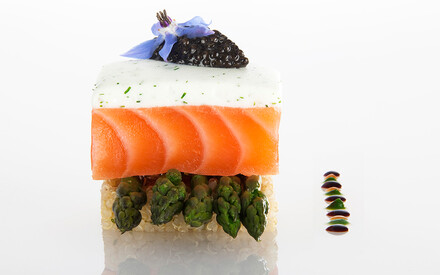 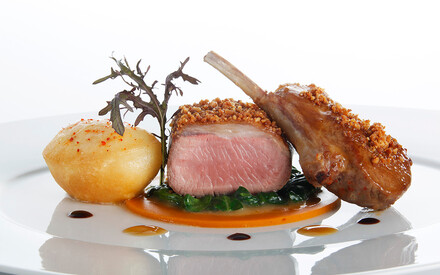 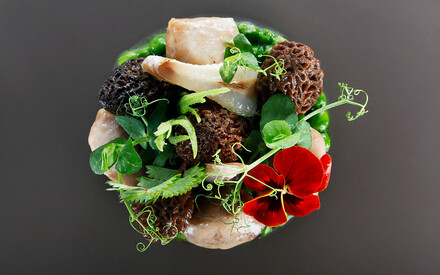 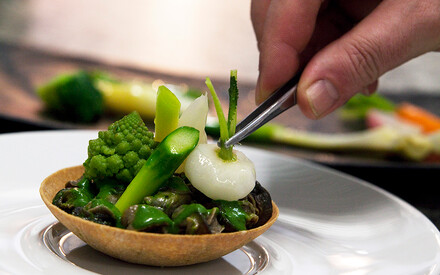 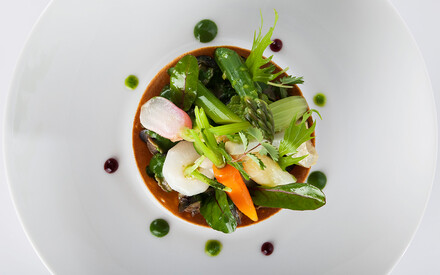 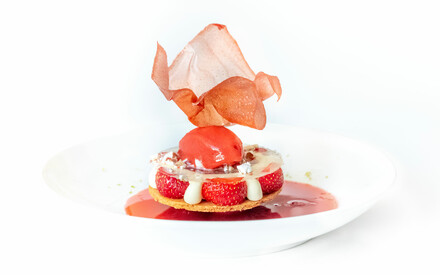