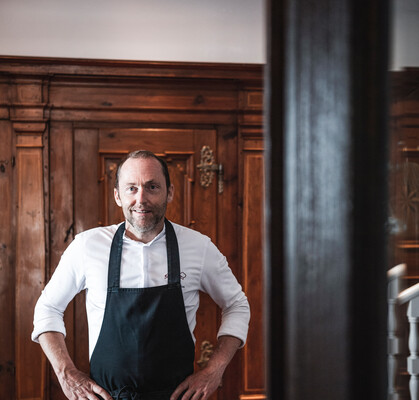 Our South Tyrolean chef, Egon Heiss, says ‘The highest form of art is to ignore the insignificant.’ Over the course of his long career as a Michelin stared chef, he’s cooked delicious food all over the world for politicians, Formula 1 stars, royalty and billionaires. Egon is convinced that ‘if you’ve seen and experienced everything there is to see and do, you return to the perfection of the simple things in life.’

In this vein, the ‘tinkerer and magician’ from Val Sarentino – a moniker given to him by cooking critics of the Gault Millau guide who wax lyrical when praising his creations as ‘very astutely staged works of art’ – has been in pursuit of the perfect “Knödel”, for years and years. And although his personal library is packed with cooking books, more than 3,000 to be precise, he’s focused his research on recipes handed down from one generation to the next by speaking to the elderly who still have the knowledge of those recipes. The father of three, who never wanted to be anything other than a chef, tells us lovingly how ‘my grandparents explain me how they grab a ‘pinch’ of this and a ‘dash’ of that. That’s what cooking from the gut means. They also know how draughts and the weather can play a key role when cooking dumplings.’ His childhood dream of becoming a chef was never about collecting stars and toques but to ‘cook and eat together.’ Which is why the bread expert and dumpling lover delivers passionate, private cooking classes which you can book here with us.

For centuries, the Fragsburg is strongly anchored in stone and rock and has always given the impression of swaying gently above the tree tops; similarly, our cooking concept is deeply rooted in the South Tyrolean tradition yet enriched with Italian sensuality and openness to the world’s flavours. 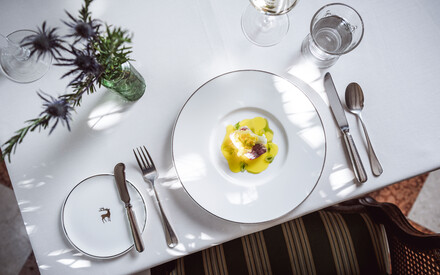 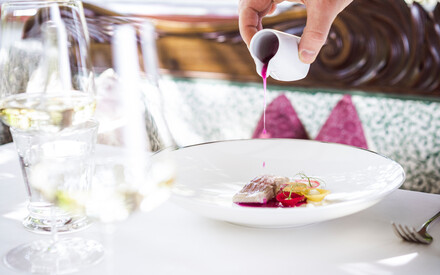 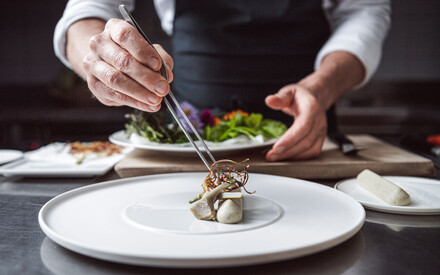 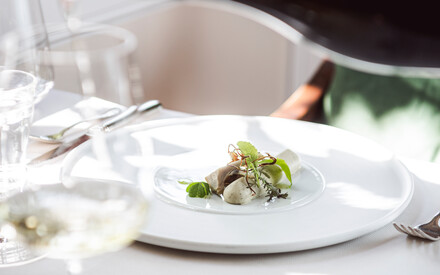 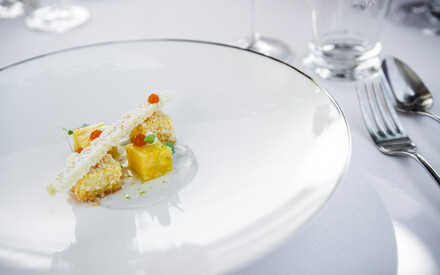 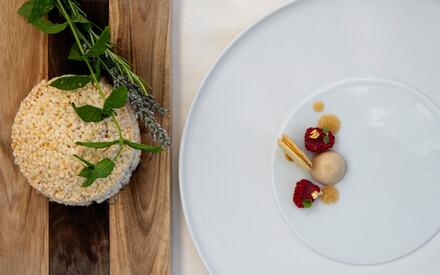 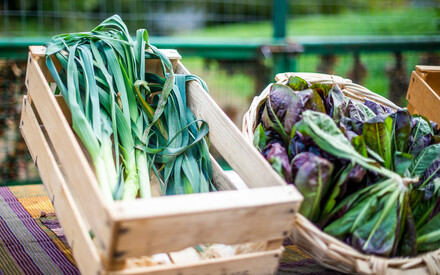 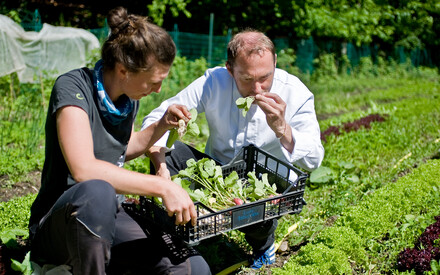 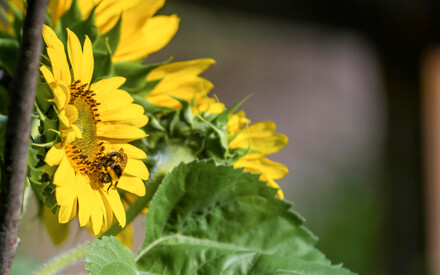