Ronan Kervarrec - Hostellerie de Plaisance ** (Saint-Emilion)
With an relentless taste for “doing the right thing” passed down from his father, at the Hostellerie de Plaisance Ronan Kervarrec creates a cuisine that is full of emotion and speaks to the senses. For him, gastronomy should provoke a smile and joy when it is being eaten. At this restaurant, the work of farmers, fishermen and market gardeners is highly valued; this close relationship gives rise to dishes that claim pride of place for caviar from Aquitaine, oysters from Cap Ferret, sweetbreads from the Limousin or Marie Le Guen pigeon à l’étouffée. An ode to flavour and those who help create it! 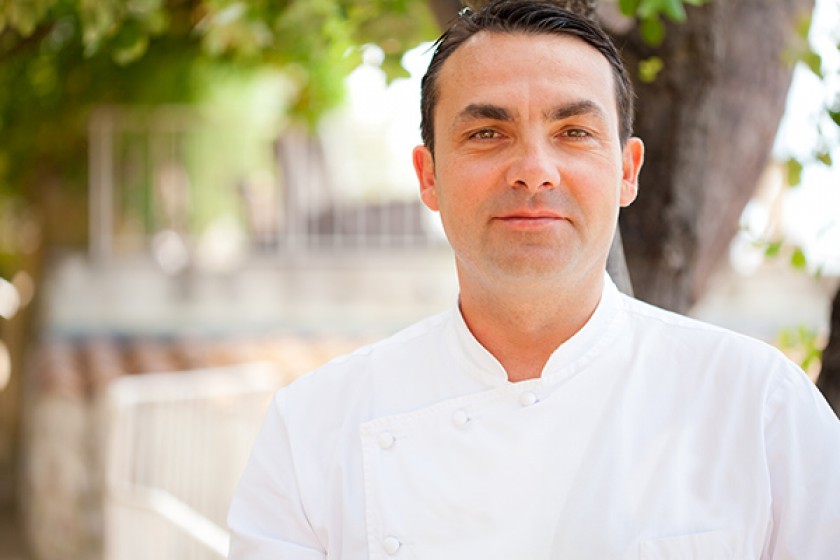 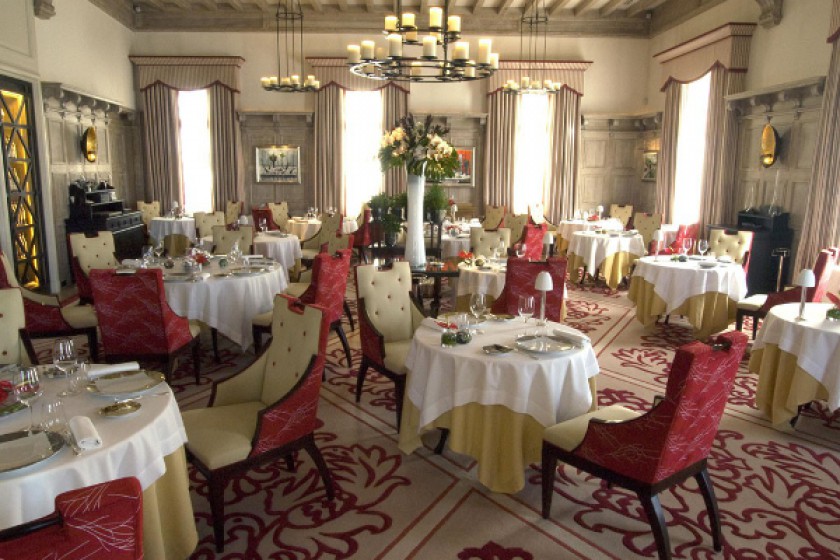 Pierre Gagnaire and Jean-Denis Le Bras - La Grande Maison de Bernard Magrez ** (Bordeaux)
Voted the greatest Michelin-starred chef in the world by his peers in 2015, Pierre Gagnaire is in charge of the cuisine created at the gastronomic restaurant at the Maison de Bernard Magrez. Newly decorated with two Michelin stars, it boasts a cuisine cleverly orchestrated by Chef Jean-Denis Le Bras, who has been working alongside Gagnaire for eleven years. From land and sea, the noblest of ingredients are brilliantly accompanied by the world’s most extensive wine list, with 259 wines including 172 grands crus classés. 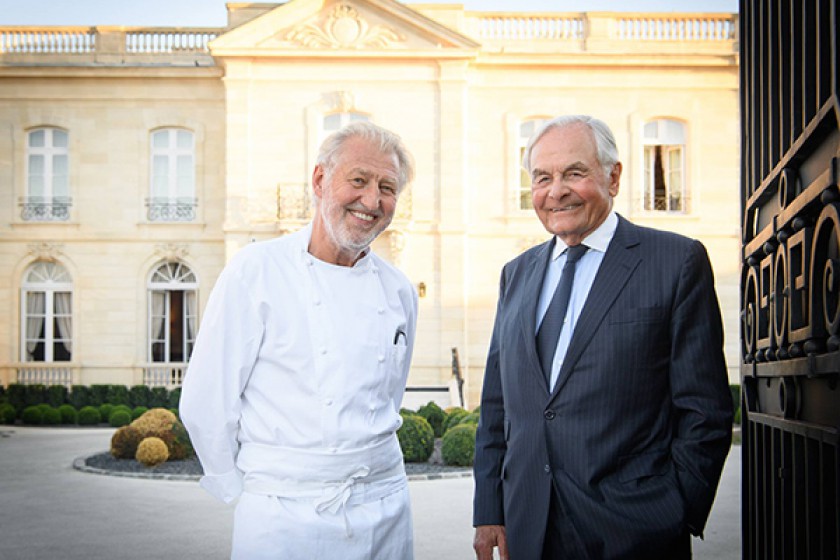 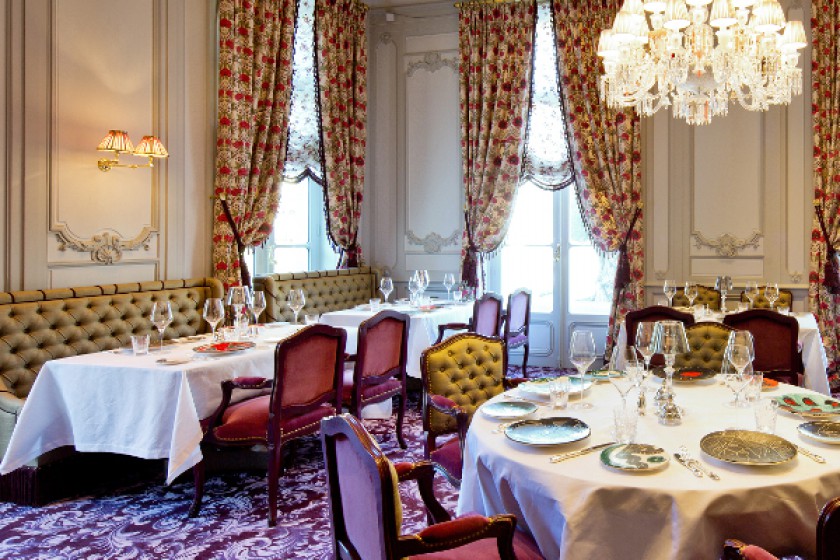 Alexandre Gauthier - La Grenouillère ** (La Madelaine-Sous-Montreuil)
When you enter La Grenouillère you enter a den of unfailing creativity, opening up a world of possibilities, daring and imagination. In a decor that showcases exposed materials such as metal, glass and leather, Alexandre Gauthier, now with two Michelin stars to his name, overseas what he describes as a place of freedom. The vegetation seen through the large windows reappears delicately on your plate, in compositions that are as pictorial as they are delicious. The genius lies in the textures, tastes and unusual combinations. This is a cuisine so innovative it defies description! 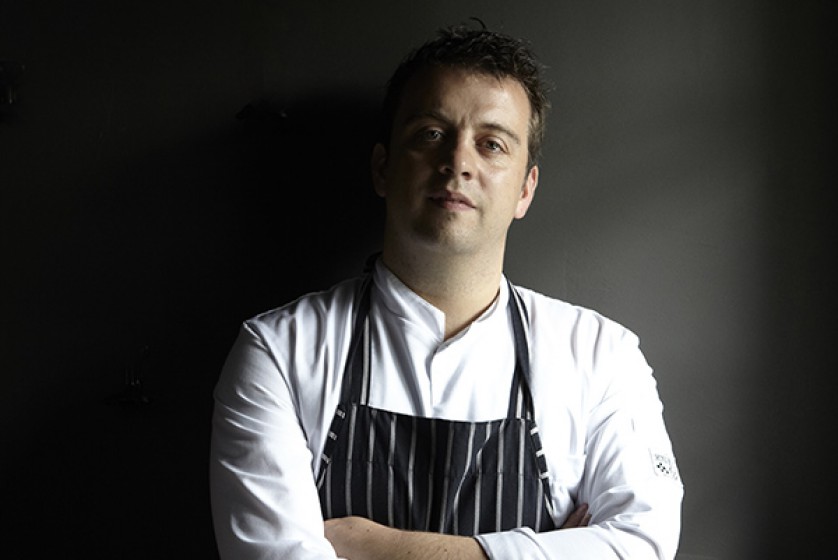 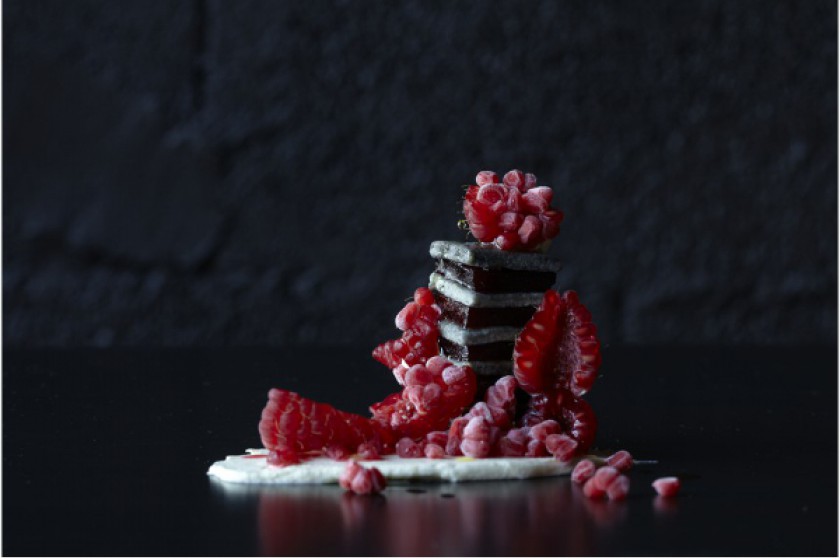 Marc Veyrat - La Maison des Bois ** (Manigod)
Marc Veyrat offers an earthy and pastoral cuisine at La Maison des Bois. Returning to the fold in the land of his ancestors at Manigod, the chef with the black hat has superbly rediscovered times gone by. The mountains appear on the plate through wild herbs and farm products. This is a cuisine of fragrances and aromas that has helped Marc Veyrat forge his identity, such as “yoghurt of virtual foie gras, fragrant hand-picked myrrh and aniseed mikados” or “a marriage of Lake Geneva trout, lake and forest, flavoured with spruce”. Nature in its purest state! 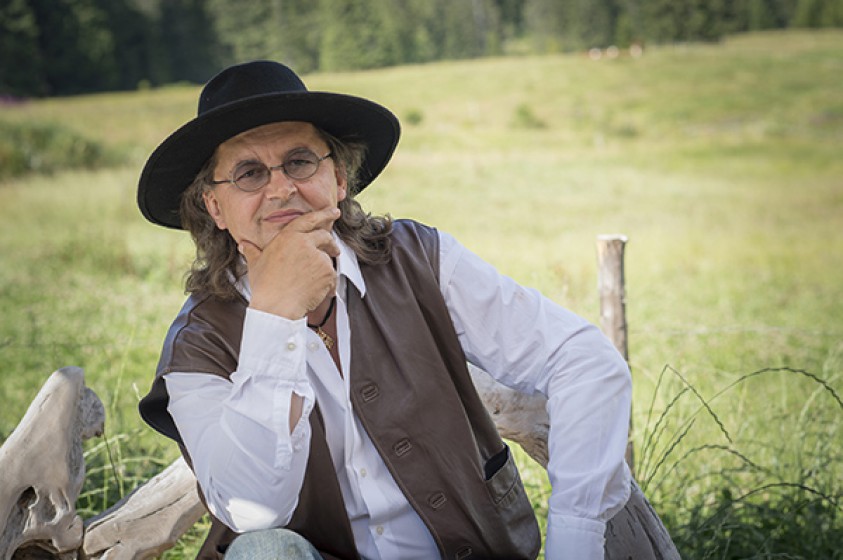 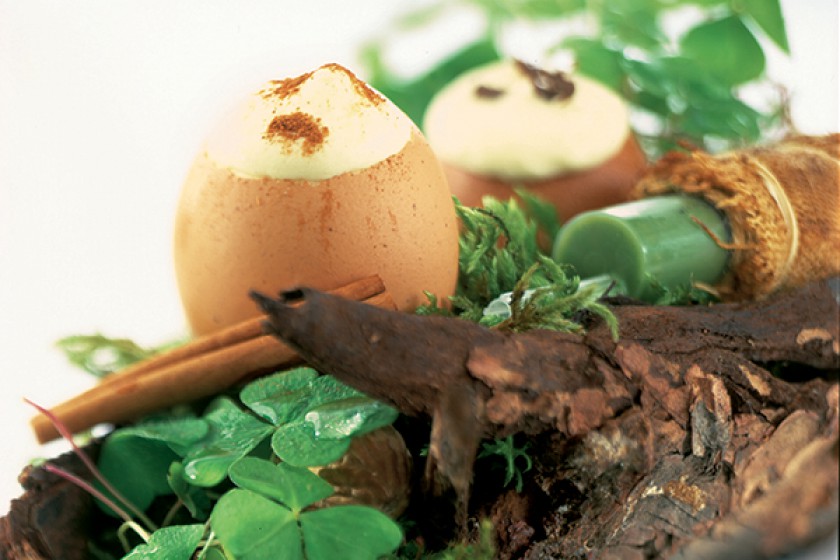 Fabien Mengus – Restaurant l’Arnsbourg
In the heart of lush green vegetation that reigns supreme, the Arnsbourg, a prestigious institution in Baerenthal, sees its chef Fabien Mengus awarded a Michelin star. A passionate ambassador for the values of fine gastronomy, the young 30-year-old treats us to the names of his menus as well as to the dishes they include. Menu Partition, Menu Intuition or Menu Plaisir unveil lobster cappuccino version 2.0, roast deer with Madagascan pepper or monkfish rounds. His flavours are an adventure for the soul as much as for the palate! 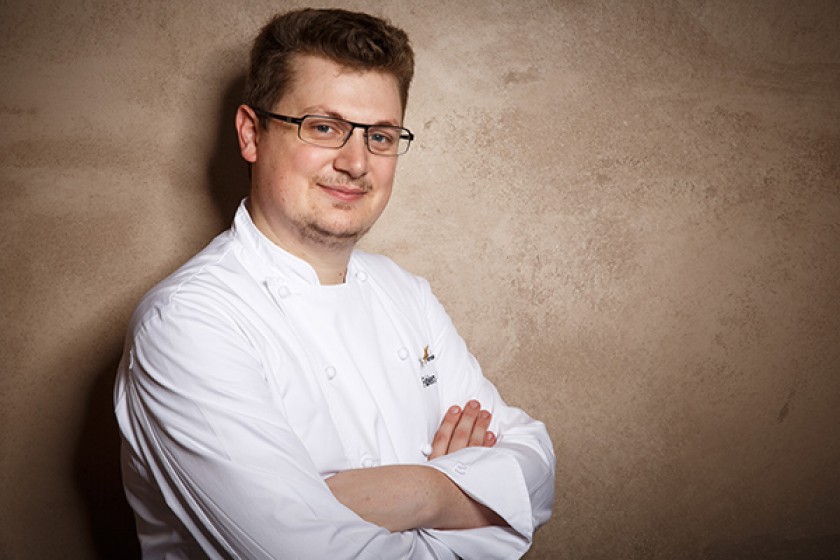 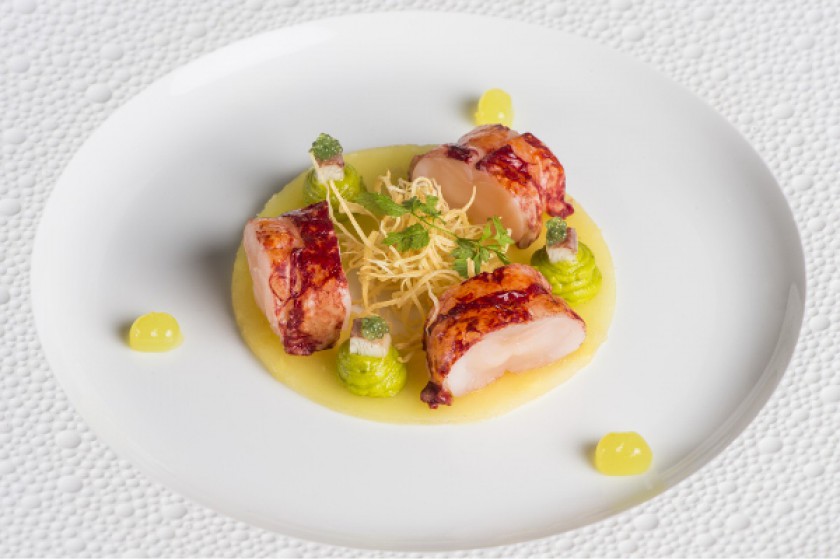 Philippe Colinet - La Bastide de Saint-Tropez (Saint-Tropez)
In the refined elegance of this typical Saint-Tropez residence, Chef Philippe Colinet produces a cuisine that has been newly crowned with a Michelin star. In this idyllic environment, treat yourself not only to a verdant setting where the Mediterranean exerts its spontaneous charm, but also to a gastronomy full of promises; for Philippe Colinet, “developing a dish is like preparing to go on a journey: it involves discovering local suppliers and artisans who are passionate about the beauty and flavour of their products, as well as about creating recipes that will showcase them”. 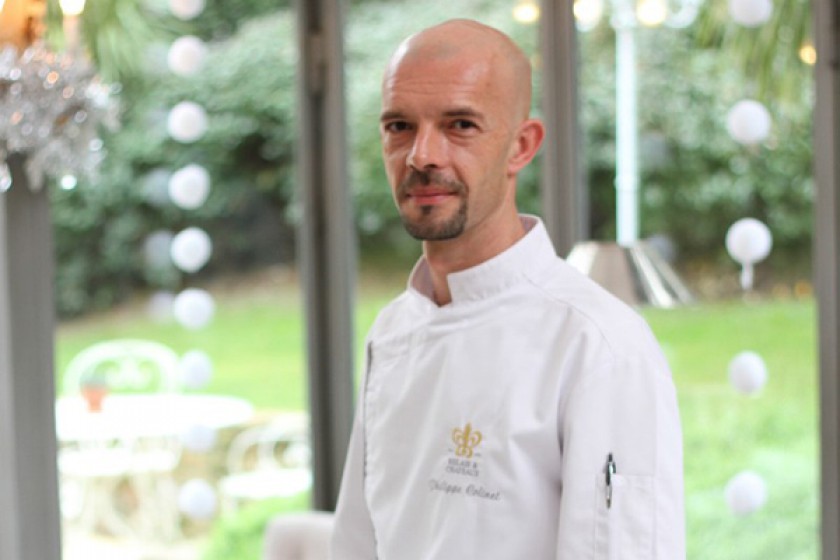 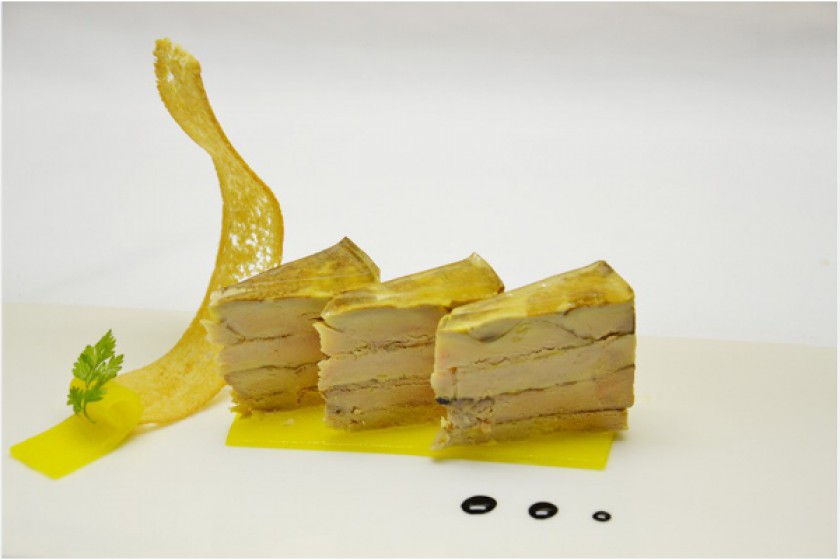 Benjamin Collombat – Le Jardin de Benjamin - Château de Berne (Lorgues)
In neoclassical decor in the very heart of Provence, Chef Benjamin Collombat develops a cuisine that sings of the seasons and the local terroir but has an international appeal. Trout from the Haut-Var meets frogs roasted in butter, while the foie gras is accompanied by a ballotine of seaweed and a wasabi sauce. Every dish is judiciously matched with a wine from the estate that has been cultivating vines for almost three centuries. Delicious food and wine pairings at every turn! 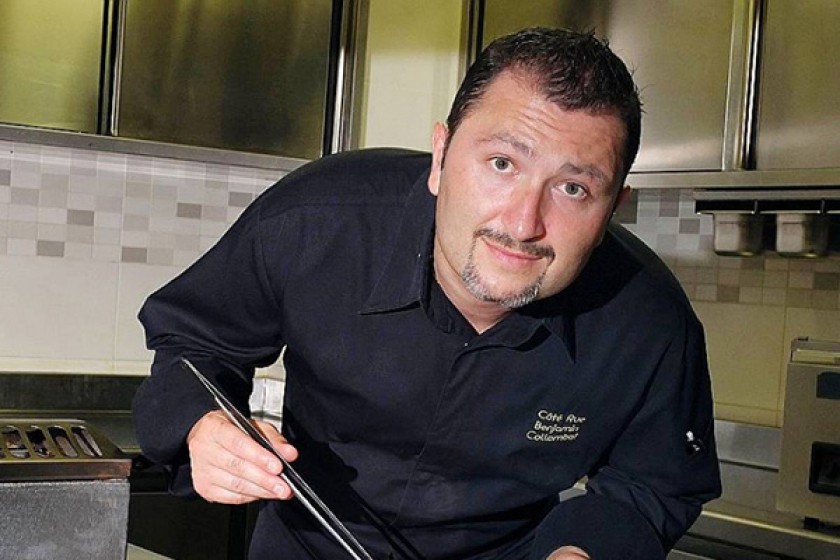 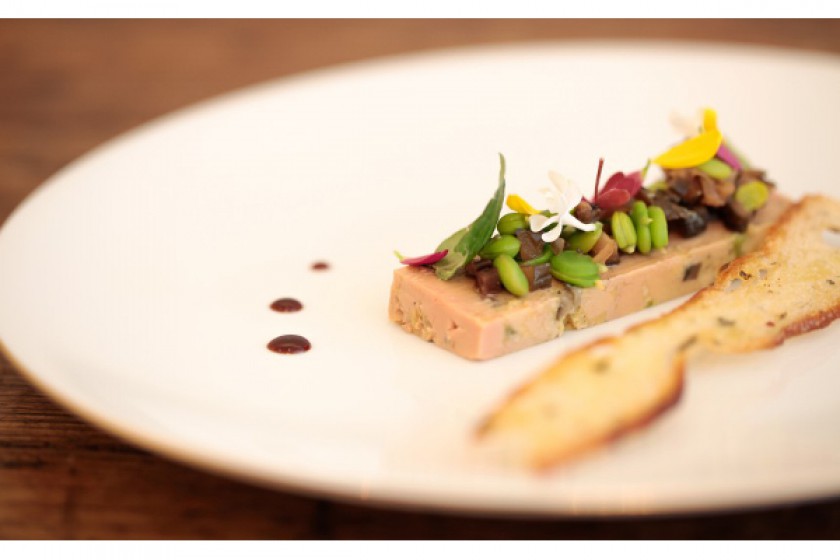 Maxime Deschamps - Château de Mirambeau (Mirambeau)
Between the vineyards of Cognac and Bordeaux, the Château de Mirambeau offers a choice setting for the newly Michelin-starred cuisine of Maxime Deschamps. The terroir of Charente-Maritime inspires the chef as much as it provides him with the best ingredients. A subtle cuisine well worthy of the legendary Michelin distinction! 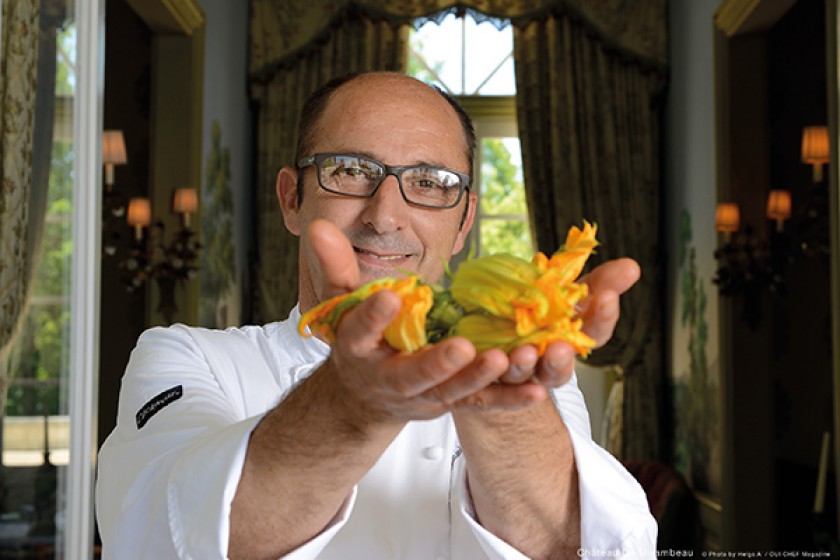 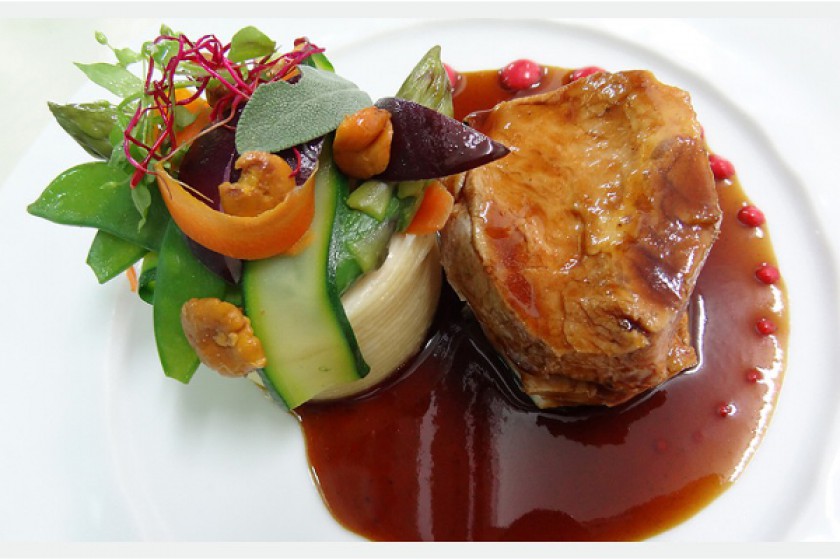 Loic Lecoin at the Moulin de l’Abbaye* (Brantôme-En-Périgord)
In the unique setting of Brantôme, the Venice of the Périgord, Loic Lecoin has been treating us since 2012 to an innovative cuisine in which the classics are skilfully revisited. Now with a Michelin star to his name, Loic Lecoin wants to “truthfully recreate flavour without superfluous ingredients”. The Dordogne gives up its greatest secrets and the chef motivated by his passion faithfully and brilliantly recreates its primary virtues. 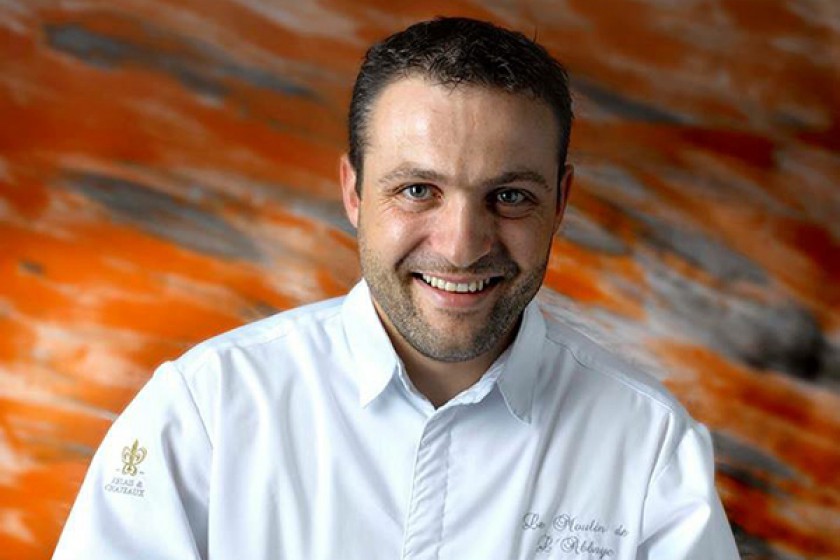 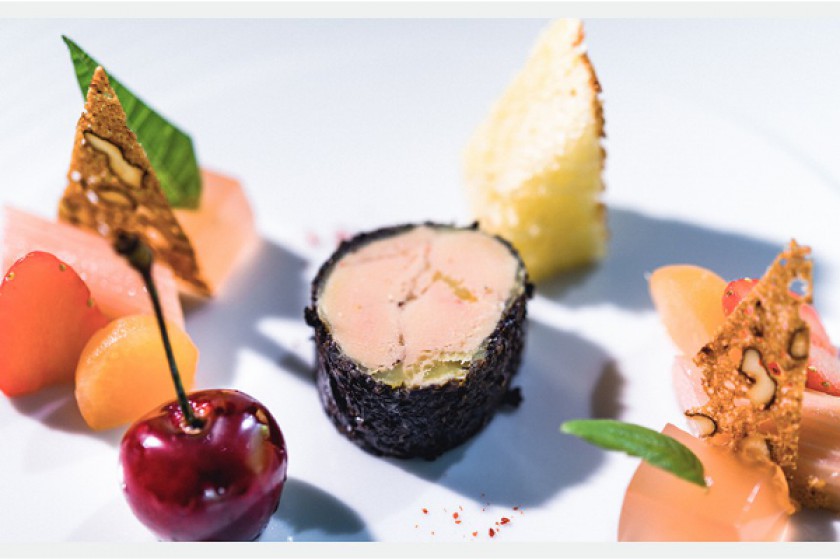 Julien Poisot - Château de Mercuès * (Mercuès)
He had only dared to dream it! Julien Poisot, chef at the Château de Mercuès, reveals his ambitions and aspirations: “Whenever I have the opportunity, I open a window in the restaurant that overlooks the stunning Lot valley and I think about my inspirations, with my eyes fixed on the horizon and my dreams filled with stars.” Mission accomplished! The Guide Michelin France 2017 has rewarded him with the star he has dreamt of for so long. With energy and passion, Julien Poisot rightly describes his cuisine as instinctive, authentic and creative. What are you waiting for? 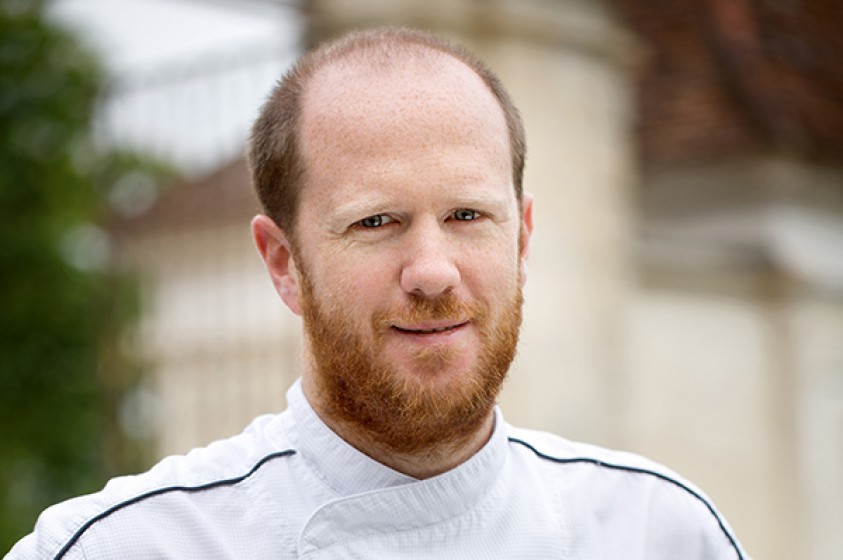 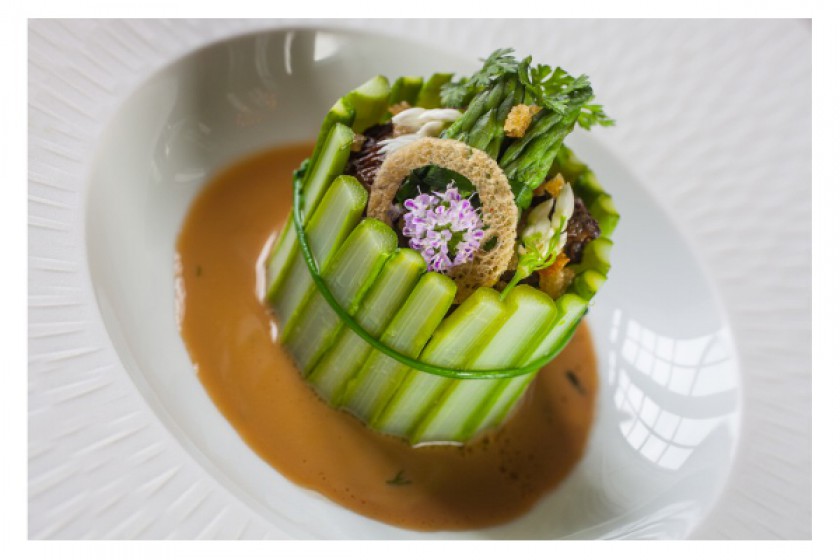