(from) US$ 228.29
Reserve
Temporary closure - Contact our concierge service for more information.
Gallery 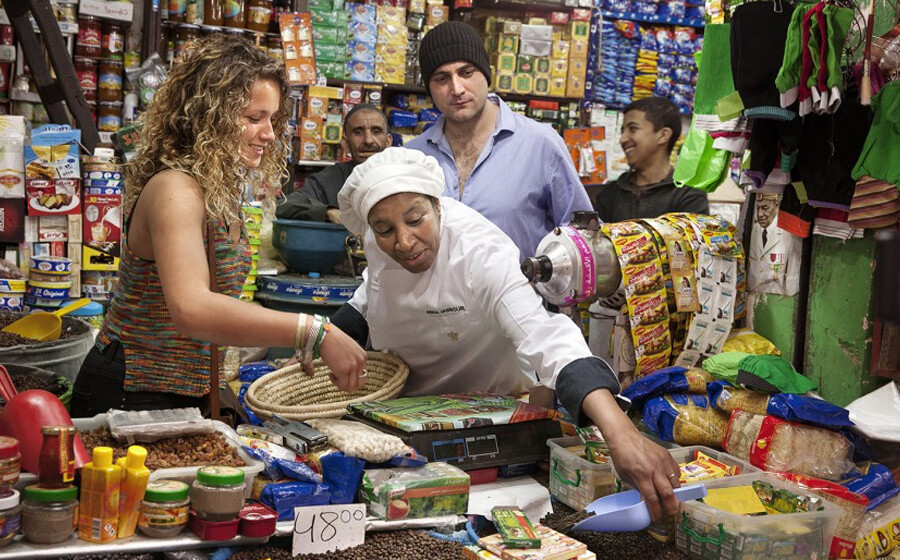 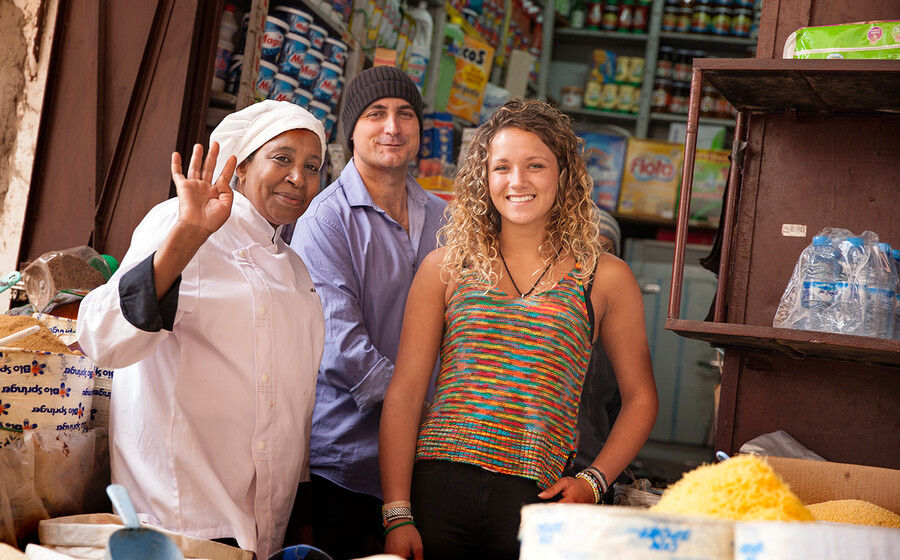 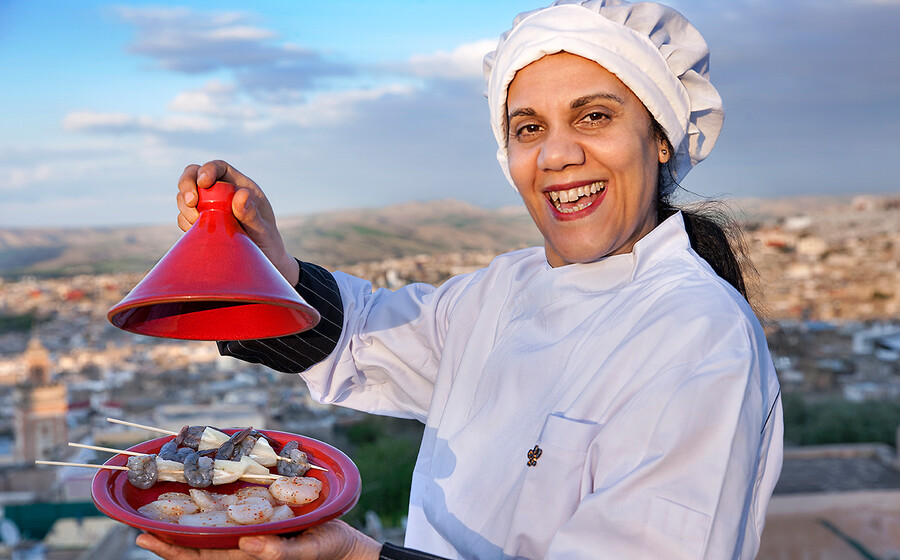 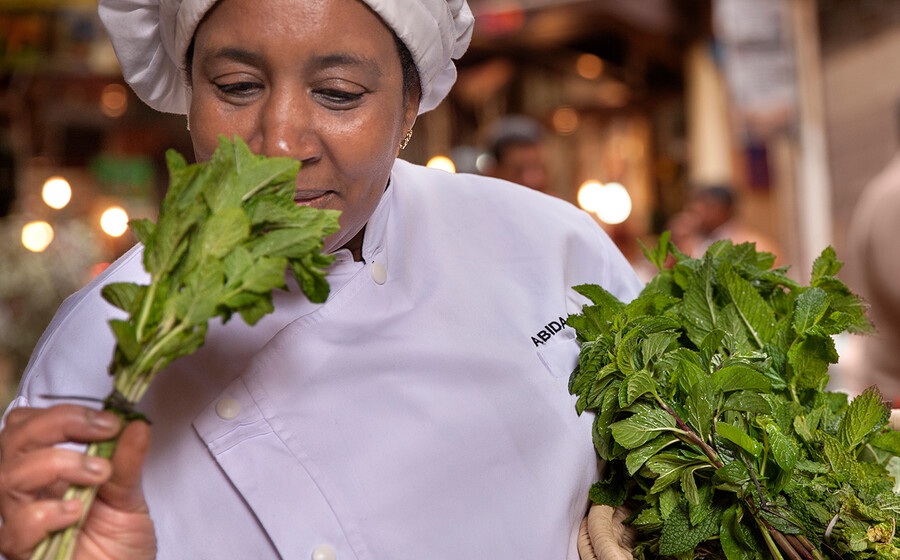 Cooking class with our chef

"Cooking in Fez is most of all an awakening of the senses. We will take you to the souk. Breathe in the aroma of spices, touch and select the fresh produce, haggle with the stallholders… Then we will get back, relaxed, to the Riad Fès kitchen to share my passion, to practice the time-honoured techniques while having fun in good company. Unforgettable moments for the palate and the spirit". 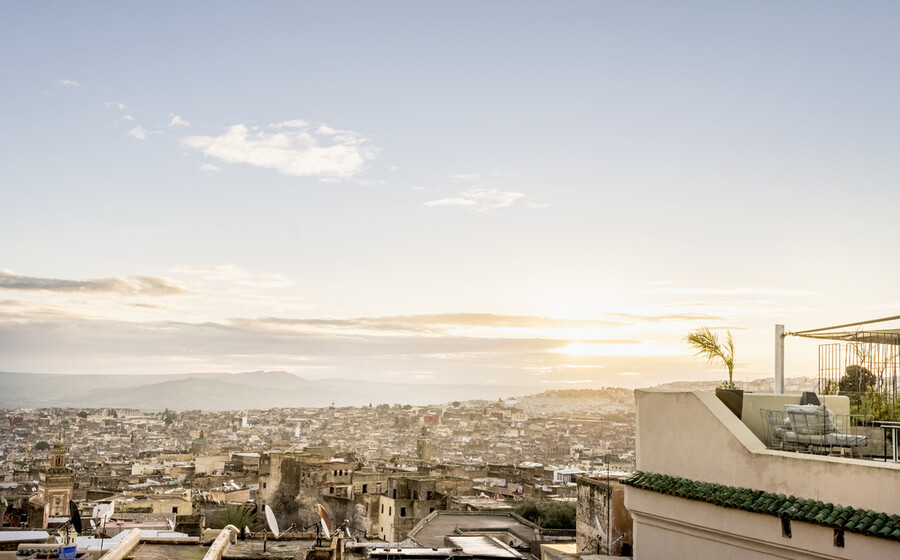 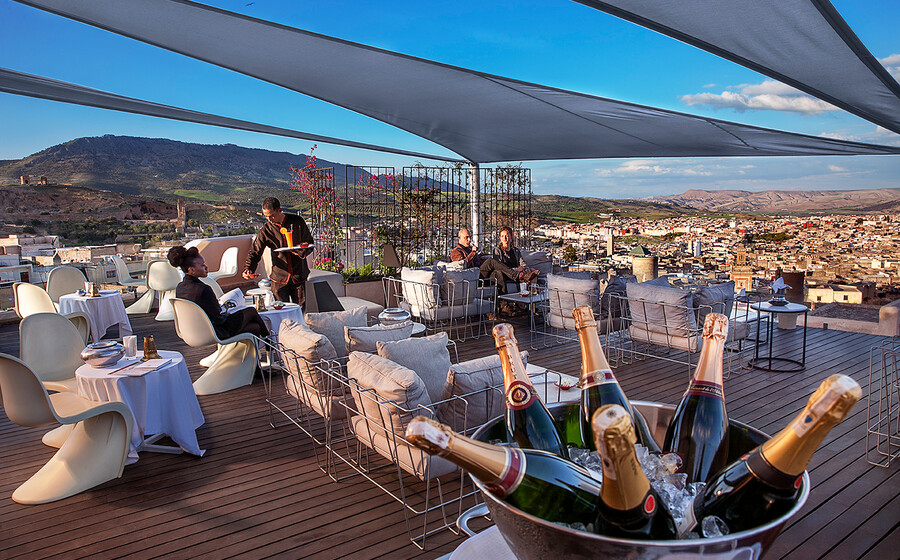 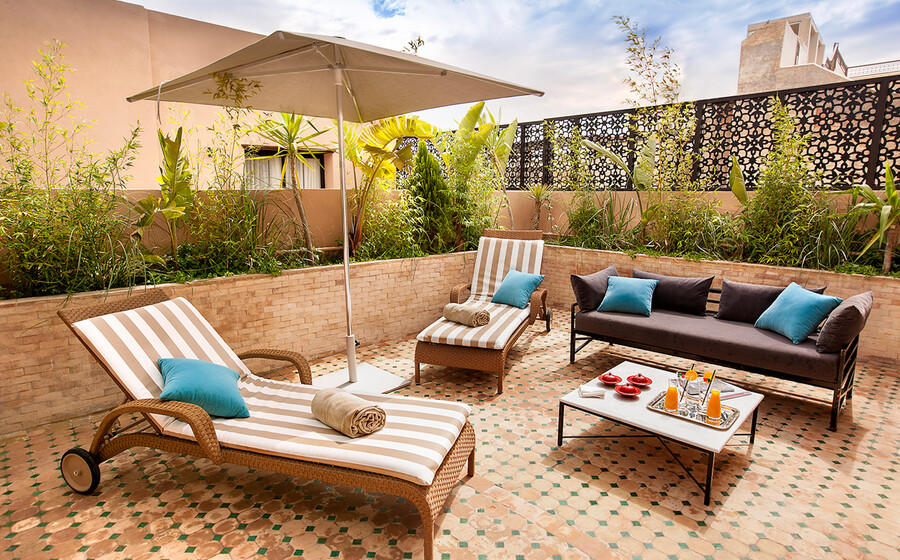 Aperitif on the rooftop with muezzin call to prayer

"Enjoy an unforgettable moment on our rooftop with a wonderful panoramic view of the Fez medina and the Atlas Mountains. A magical scene at sunrise with the muezzin's call to prayer. From this terrace, Fez recounts its history, its atmosphere, its character. An experience to delight in". 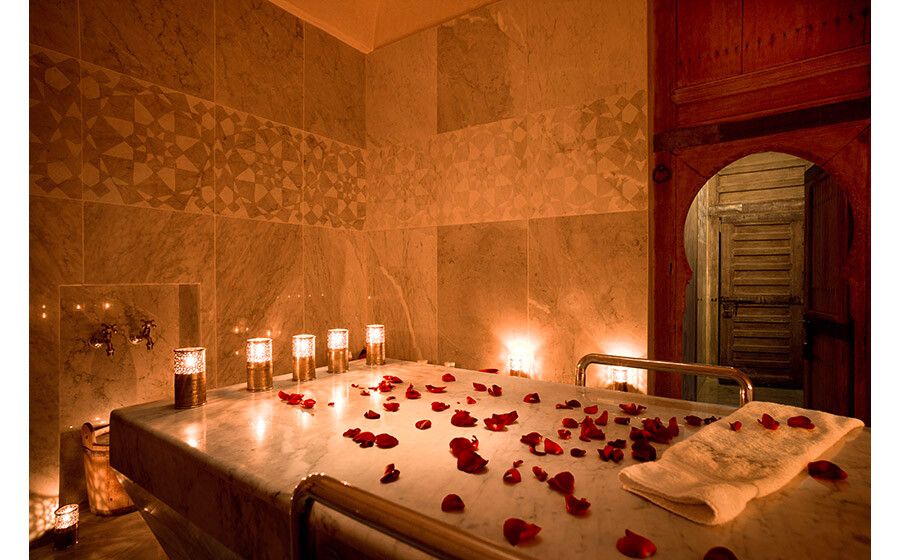 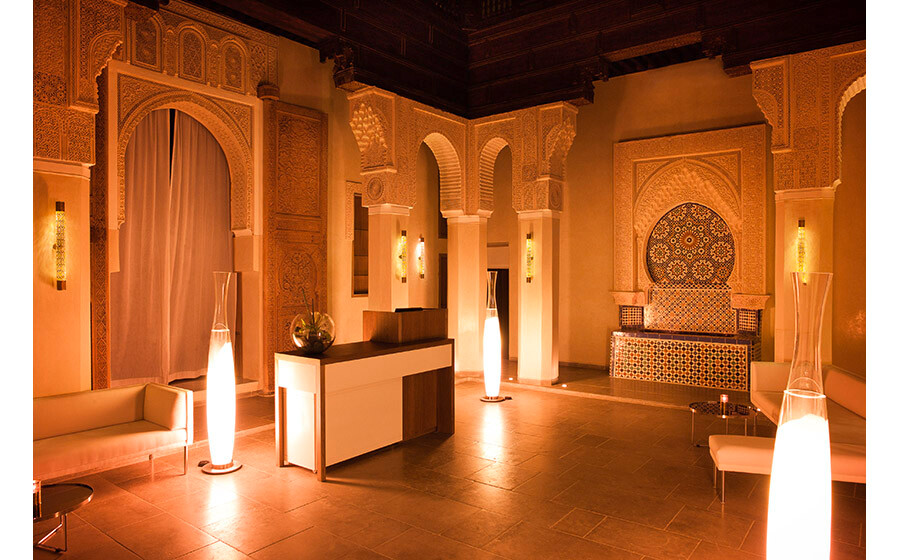 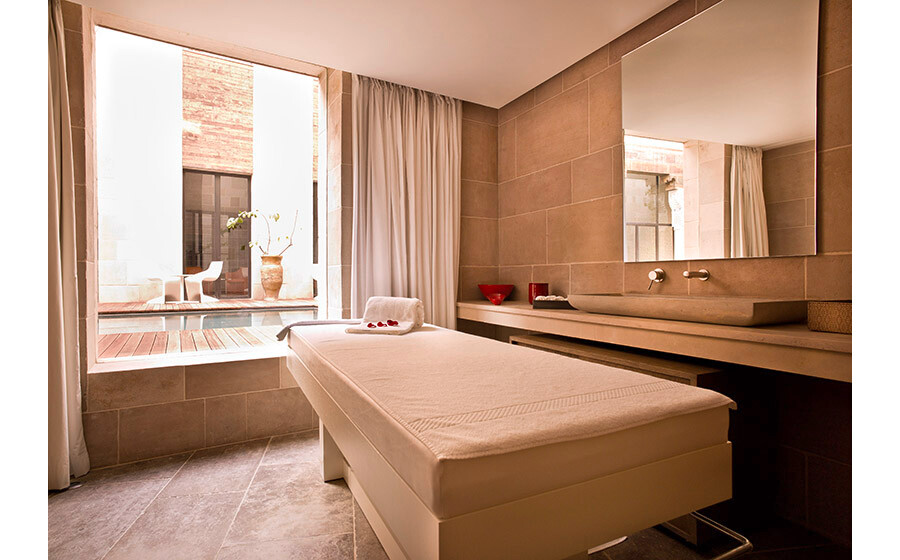 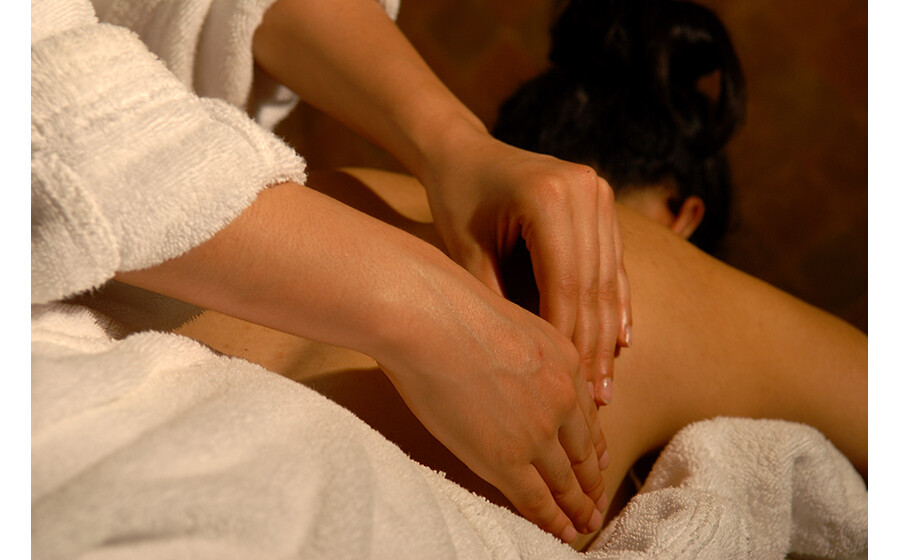 "Here at the Riad Fès, the spa is ready to help you relax. This lovely setting was designed to provide serenity and rest for body and spirit alike, with a selection of treatments and bespoke beauty traditions, hallmarks of authenticity and ritual. We use natural products to take you on a true sensory journey". 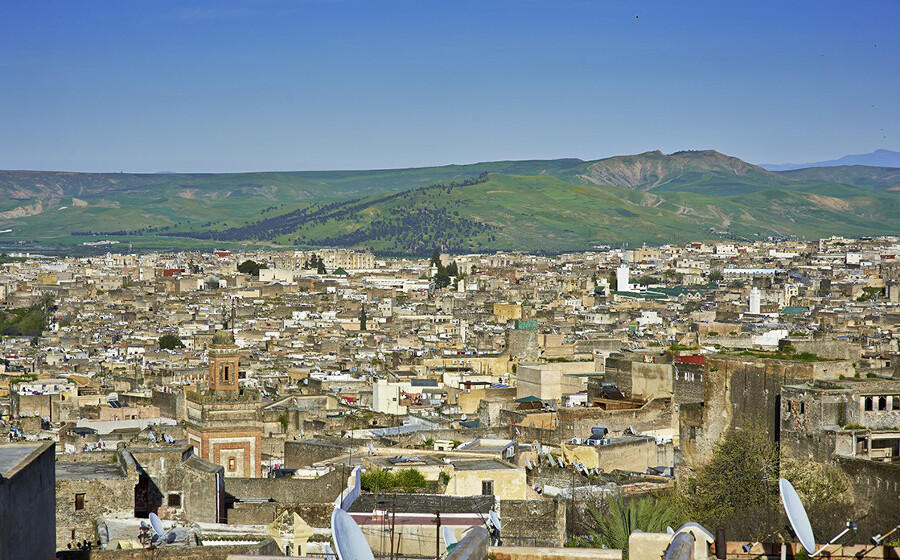 A UNESCO World Heritage Site, the medina of Fez is regarded as one of the largest, best-preserved historic towns in the Arab-Muslim world. Founded in the 9th century, it hosts the world's oldest university. Fez medina is the site of a number of monuments, religious, civil and military, which reflect a culture shaped by many influences. Fez is living proof of a flourishing city that has had a significant effect on the development of architecture, the monumental arts and urban planning.
Let me invite you to discover this medieval city, with its own distinctive history. See the children in the medina, watch a master artisan working outside his doorway, hear the sounds of "Balak! Balak!", it's a real experience.

Harry Leitner - Maître de Maison
WOULD YOU LIKE TO BENEFIT FROM EXCLUSIVE ADVANTAGES AT RELAIS & CHÂTEAUX?
Register