Behind its carved, 19th-century façade, the Valverde Hotel, located on the celebrated Avenida da Liberdade, is home to a vast, verdant patio. Here, from dawn to dusk, the property thrums with life, from breakfast buffets to fado performances, considered some of the city’s best. 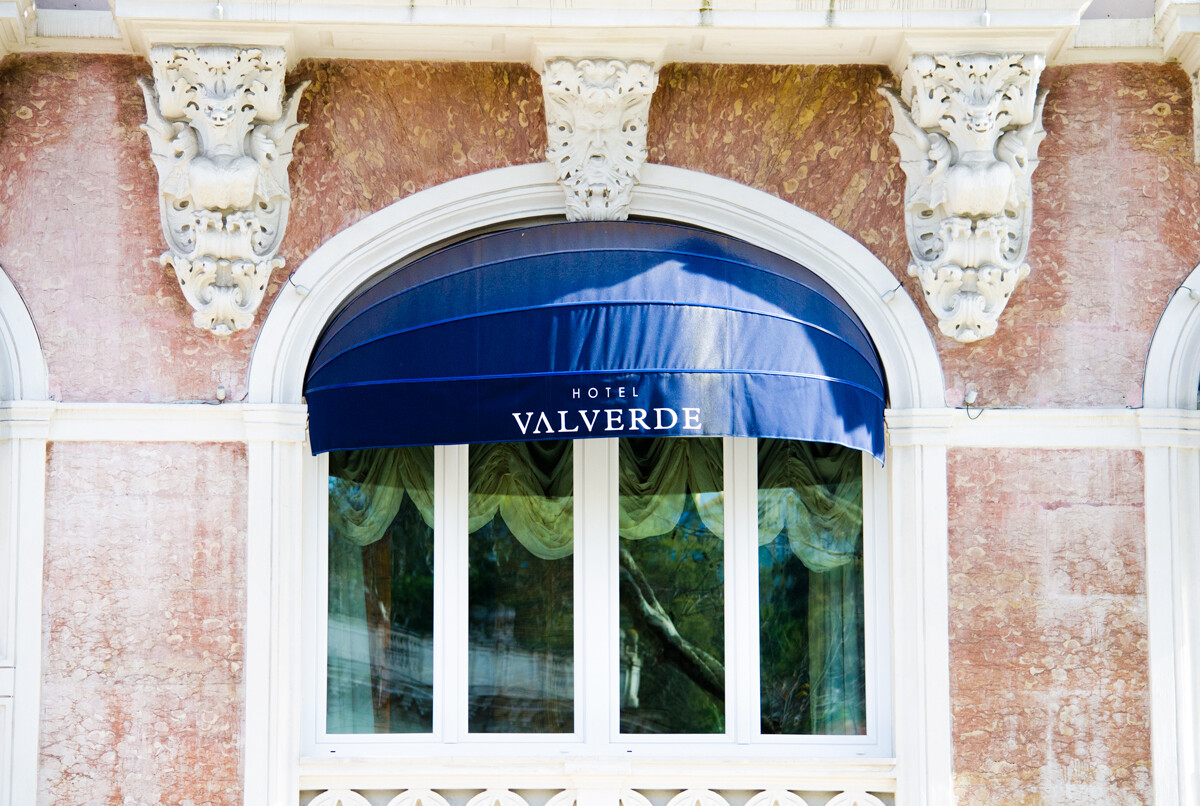 The Marquis de Pombal would certainly be astonished to see that the Avenida da Liberdade he had built in the mid-18th century is now one of the world’s costliest streets per square foot. Luxury boutiques, won over by its width (some 300 feet) and shaded service roads, have eagerly settled here. Louis Vuitton, Prada, and Gucci are the natty neighbors of the Valverde Hotel, which opened here five years ago before becoming a Relais & Châteaux member in April 2019. 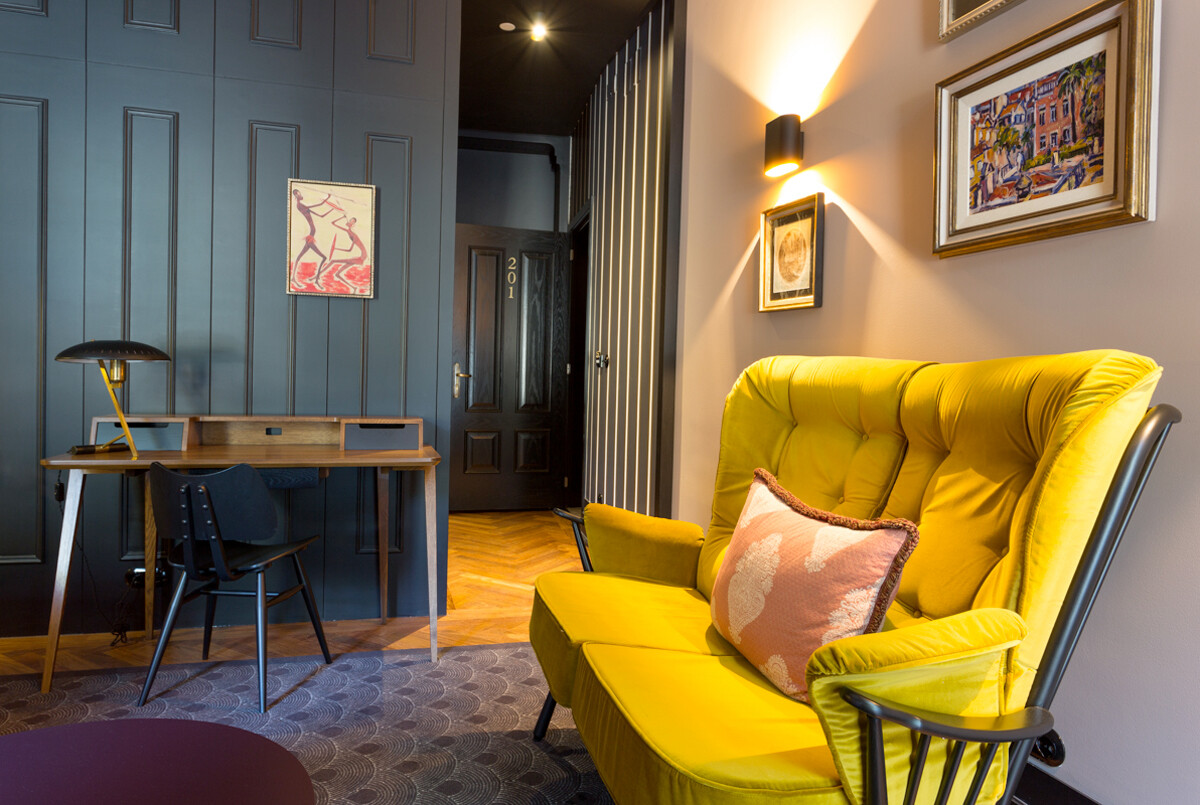 It took Portuguese architects Jose Pedro Vieira and Diogo Rosa two years to transform this former corporate headquarters into a supremely comfortable hotel. Though they preserved the most remarkable features, like the staircase with cast-iron railings, they nevertheless redid the rest of the décor from top to bottom. 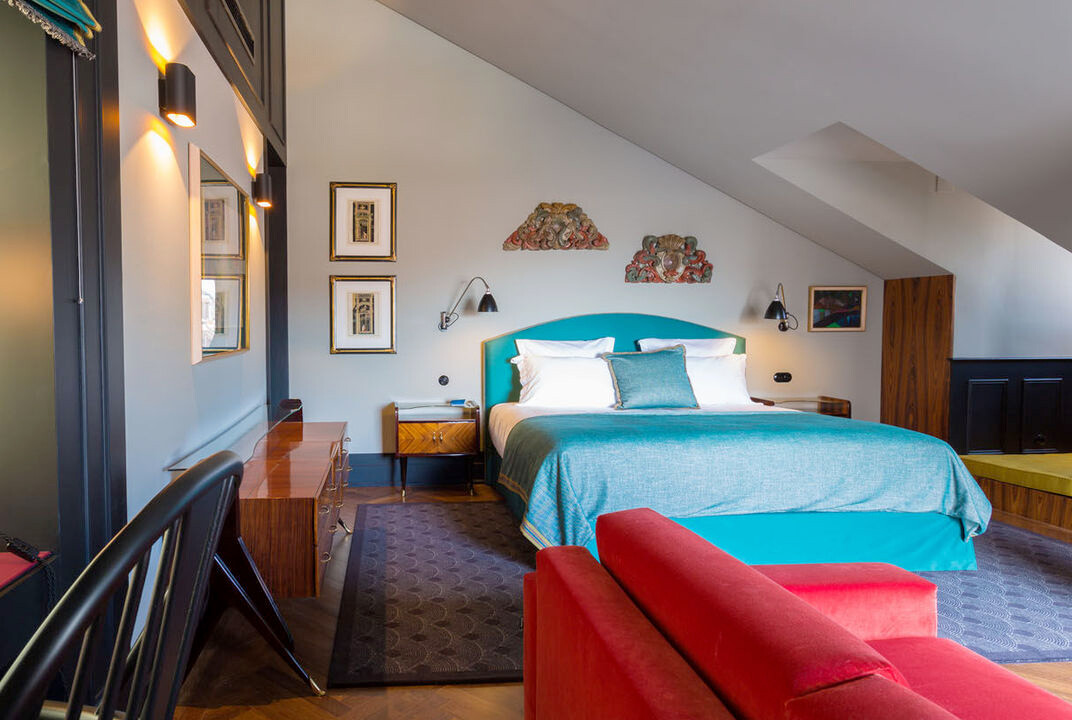 Though it has 25 rooms and suites today, the purchase of two adjoining buildings means the Valverde will double its capacity by 2020 and have a heated pool on an upper-floor terrace. Each of the rooms has its own ambiance, a result of the choices of contemporary or antique furniture from local market searches, and its own color theme, with unique paintings and engravings dotting the walls. 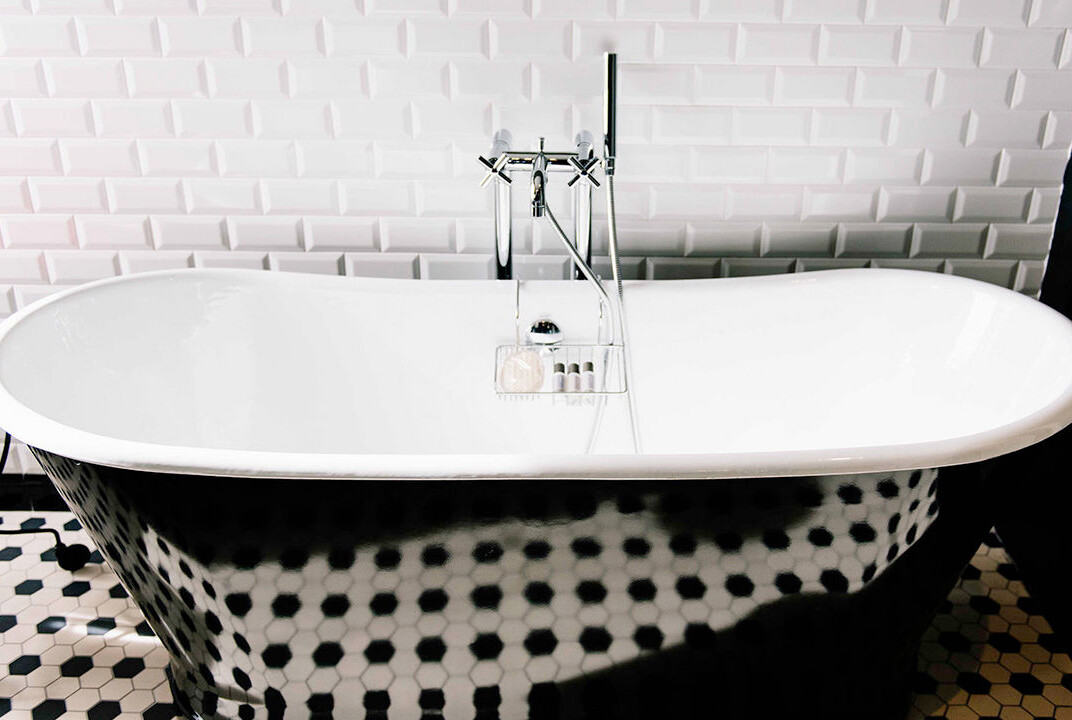 The bathrooms are almost entirely covered in white-veined black marble. In the bathroom of the Valverde Suite on the sixth and top floor (with an extraordinary view of the city skyline and the Castelo de São Jorge) stands an imposing, vintage-style bathtub. 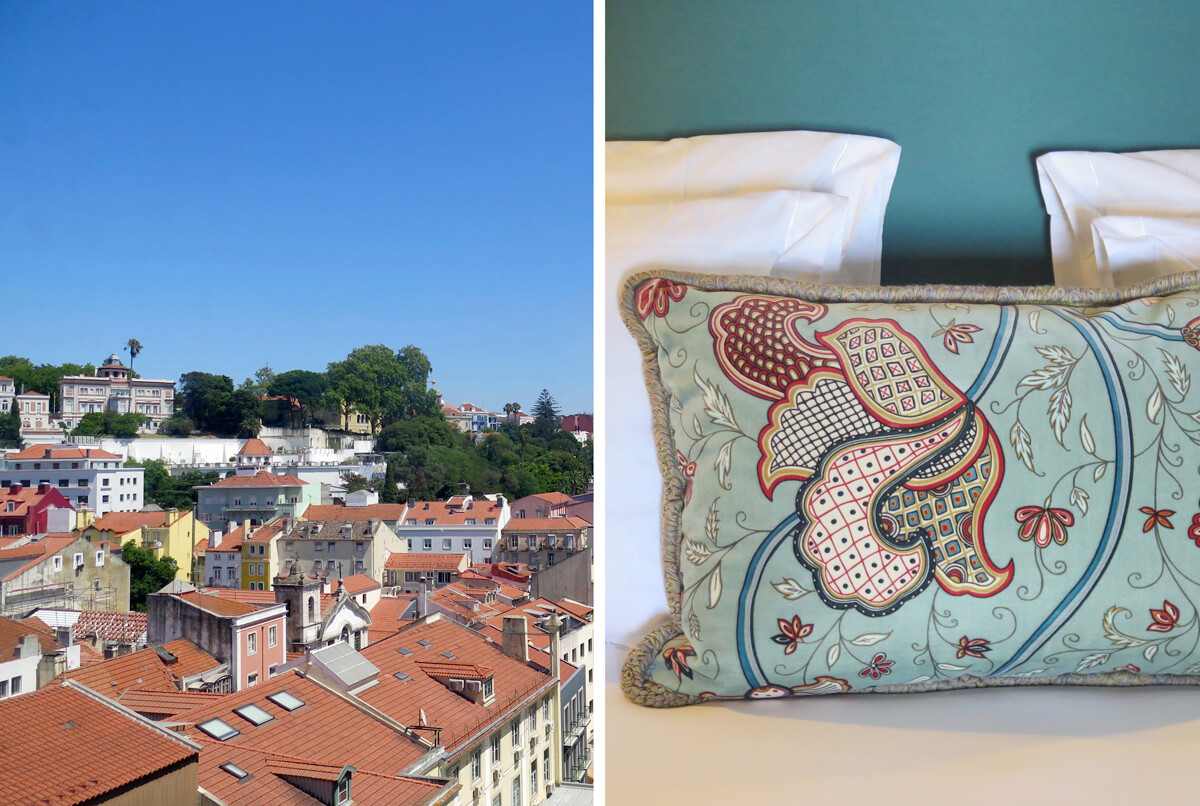 In addition to the city views, the leafy avenue, and the hotel’s expansive patio, there is also great care taken with the choice of fabrics and comfortable rugs in each room. Once again, they are all different, creating the impression of a family home. 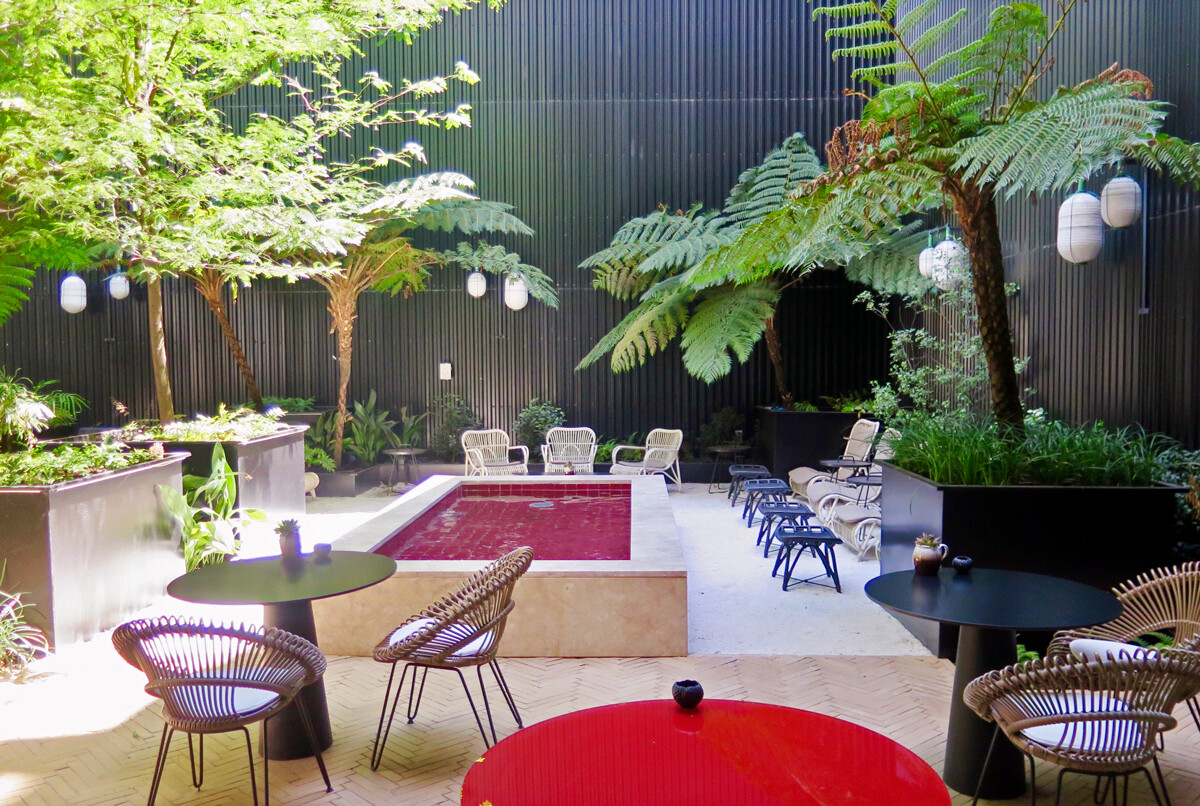 The Valverde’s strong suit, though, the amenity that makes it a stand-out luxury experience, is the immense, sleekly designed patio. It is surrounded by high walls covered in matte black metal, a secret hideaway where arboreal ferns and papyrus flourish. 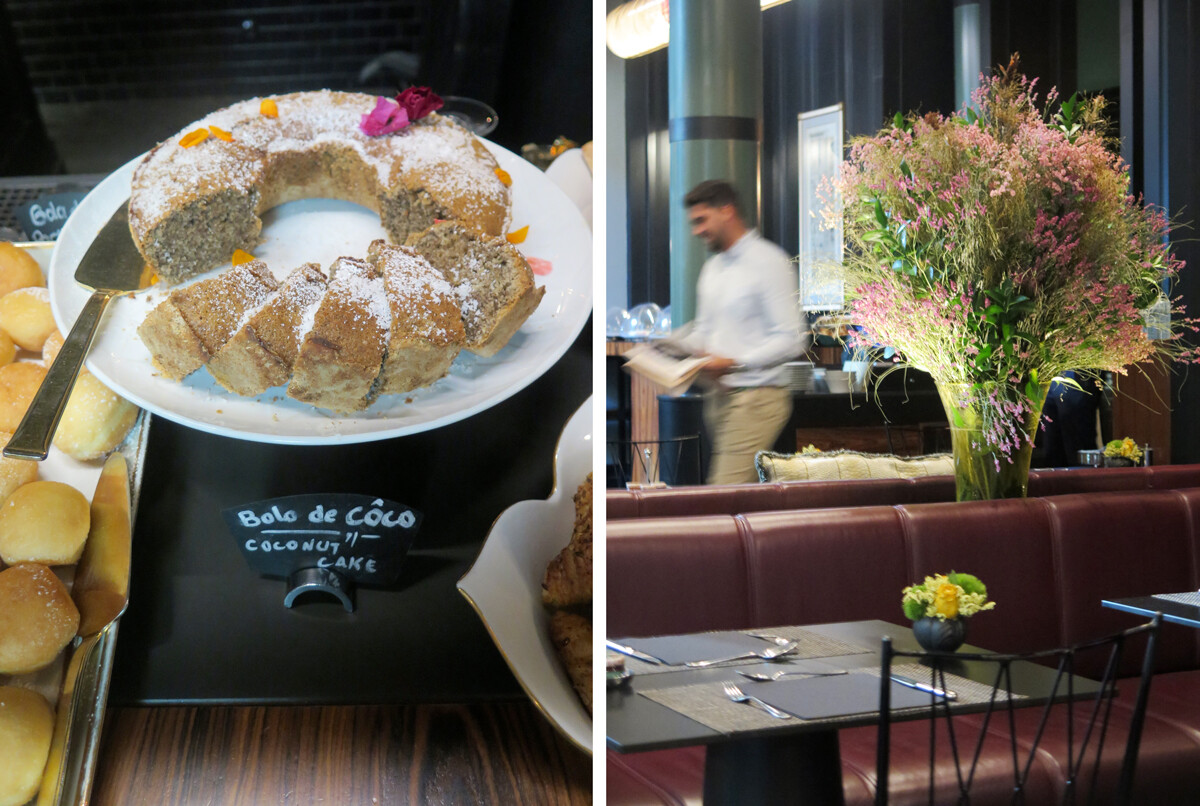 The Sítio bar and restaurant has broad bay windows opening onto this patio that is the heart of the hotel. Come breakfast time, guests serve themselves from the buffet and settle in a seat amidst this tropical greenery. 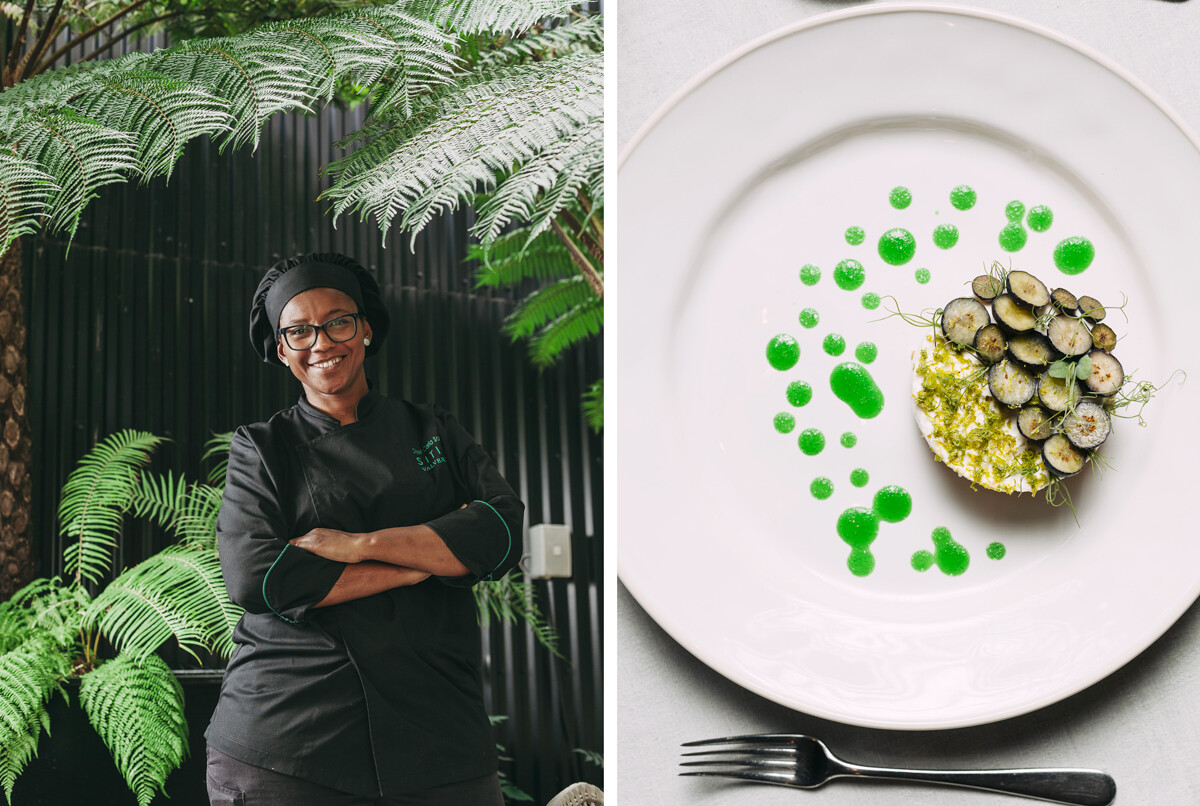 Cape Verdean chef Carla Sousa is at the helm of the restaurant, serving a succinct menu spotlighting the key delicacies of Portuguese cuisine: gaspacho a alentejana, wild asparagus, peas and eggs, and, of course, bacalhau, the country’s quintessential cod, served here with stewed onions and feather-light potato chips. 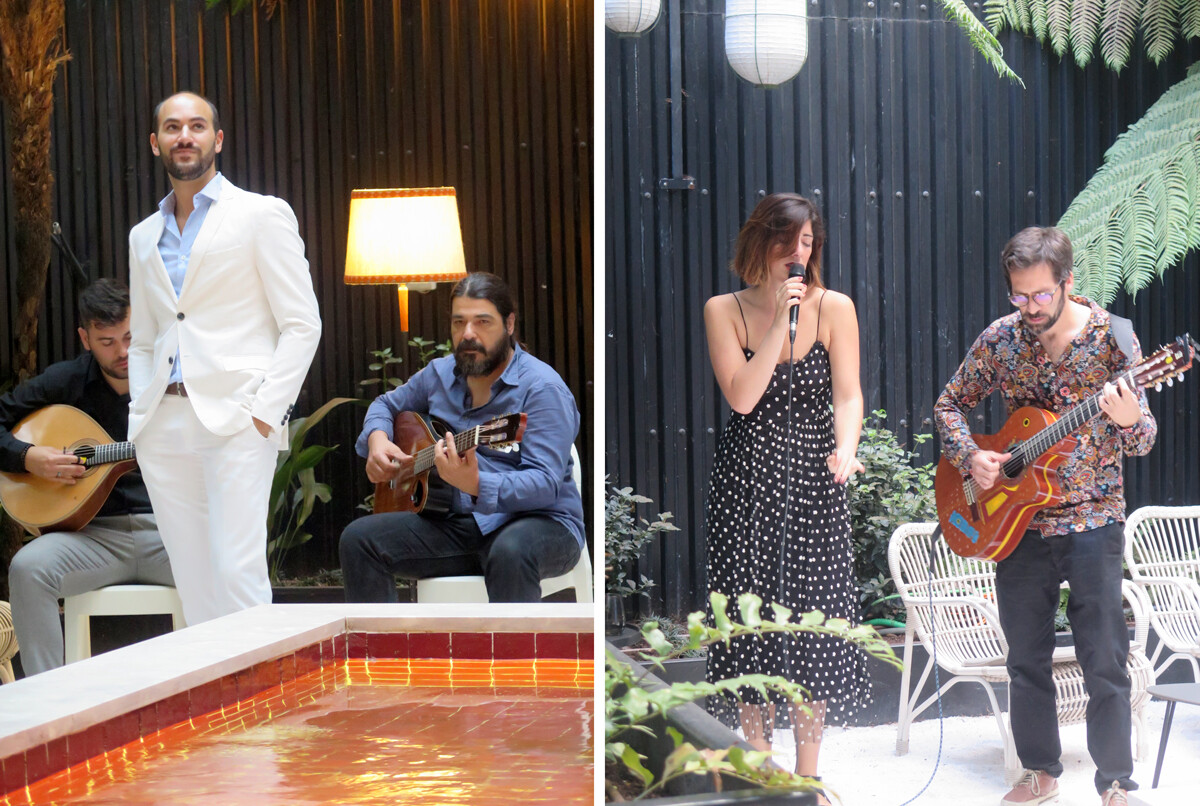 The highpoint of this patio life: the frequent fado evenings. There’s nothing touristy or folklorish about them, as evidenced by the savvy Lisboans in attendance, who come for a drink or a bit of music (the chef serves a special concert menu). They heartily applaud these authentic artists who exude a genuineness that the Valverde has made its own.