Far from the island's main town of Chora, where people move from restaurants to nightclubs, there is still a Mykonos where luxury is synonymous with peace , and sensual delights with design. Founded by the Daktylides family, the Myconian Ambassador hotel is emblematic of that delectable balance.

“Where there's a will, there's a way": this dictum could easily be the Daktylides family motto. 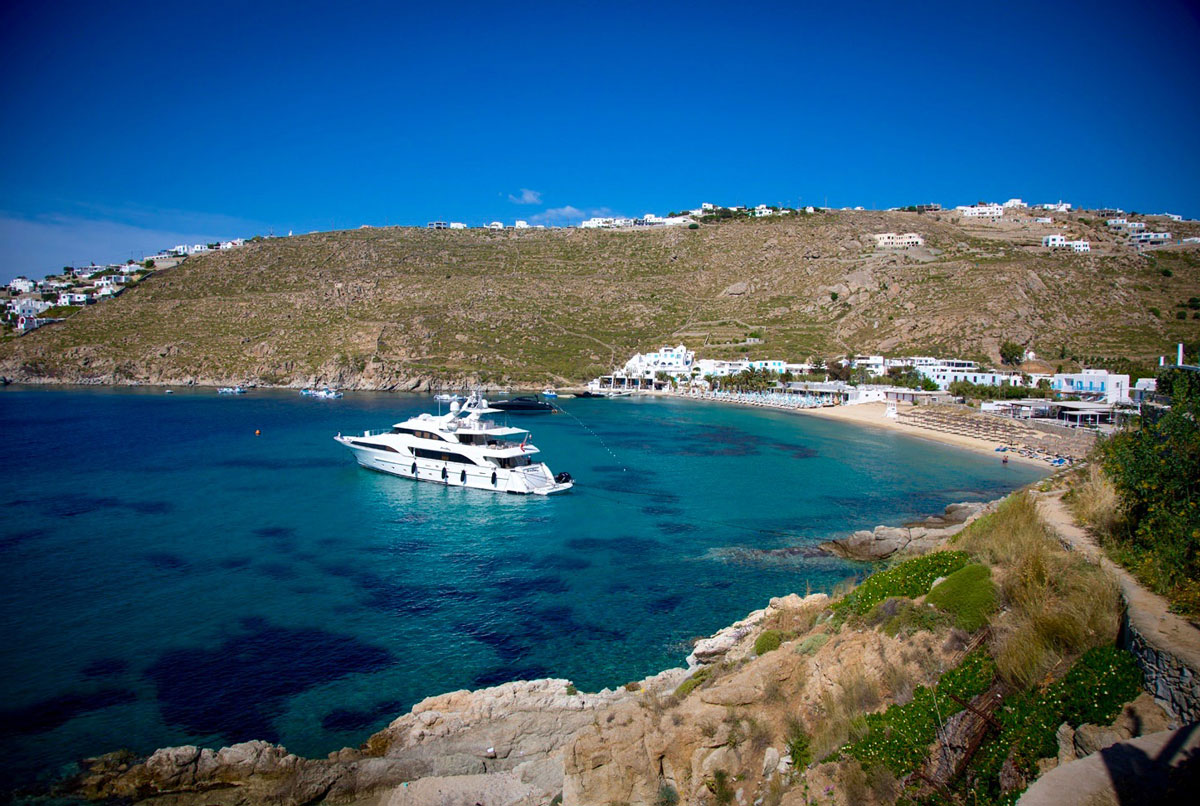 Former bus driver George and his wife Eleftheria have devoted four decades to creating the most famous hotel group on Mykonos. Today, their four sons Marcos, Marios, Panos and Vangelis are in charge, each managing one or more of the family’s hotels, three of which are Relais & Châteaux members: the Korali, the Utopia and - most famous - the Ambassador on the south coast of the island.

Opened in 1992 overlooking the bay of Platis Gialos, the hotel was the first 5-star on Mykonos. Backing onto the hillside, the original building has been extended over the years, and now offers sixty-nine rooms and suites with sea-view balconies and terraces. In 2015, its General Manager Vangelis - the eldest of the Daktylides brothers - commissioned architect Galal Mahmoud to remodel the entire hotel. “Galal and his family have been vacationing here for twenty years, so he knows the Ambassador pretty well!,” says Vangelis Daktylides. “The idea was to create more space, even if it meant removing partition walls, and to create surprises, like presenting showerenclosures in the center of the bedroom as if they were sculptures.” The result is a lot more than simply seductive: a profusion of 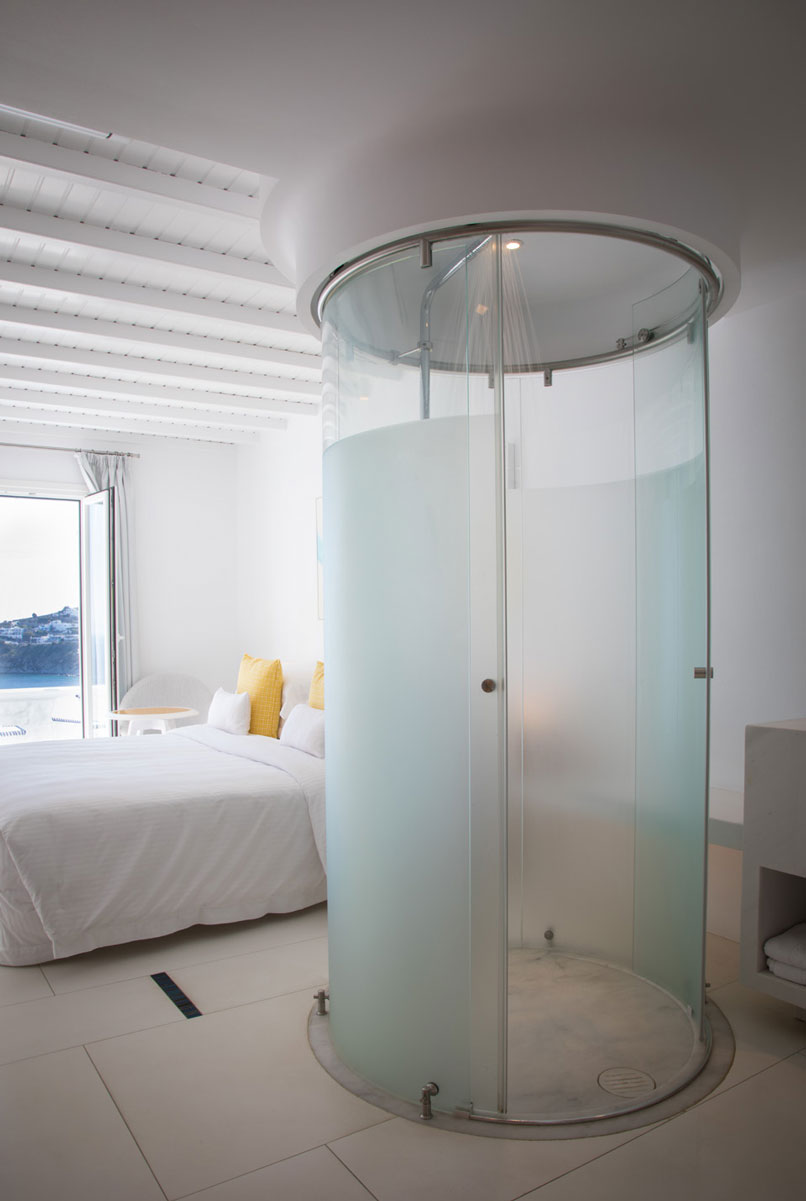 white with touches of blue and yellow - what could be more classical (or more Greek) than the color pallet adopted by this Lebanese architect.

But in reality, Galal Mahmoud has applied a different treatment and style to every room at the Myconian Ambassador. In the bedrooms, it’s all about transparency in the style of mini loft apartments or immaculate cocoons: floor areas are punctuated here and there by low stone walls, beds are complemented by a white- limed roped bedside table, while a large basket woven by a local basket maker enhances the sleek decorative style. But the public areas of the hotel are all about the extravagant use of color. And it’s the clubbing, arty face of Mykonos that sparkles in the restaurant and bar. From the giant sculptures to the large-format canvases, everything here is for sale, except the furniture, which nevertheless seems to echo this chromatic extravagance. “I may be a fan of contemporary art,” explains Vangelis Daktylides. “But that doesn’t mean I can’t embrace tradition too. And when it comes to food, I’m locavore wherever possible. 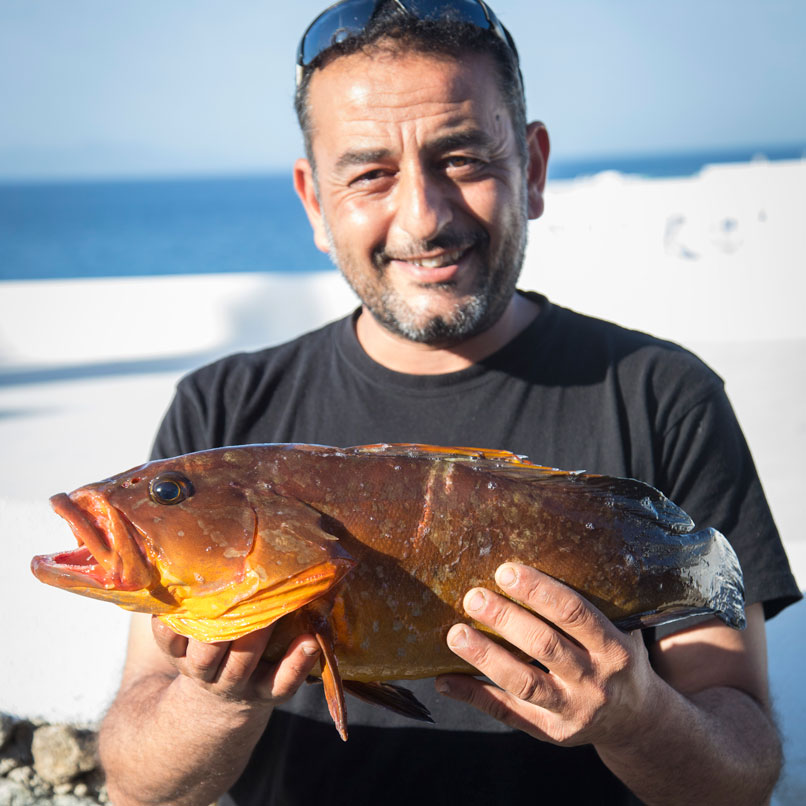 Nico has brought us his catch of the day every morning for the pastthirty years. Thatmeans ourguests are guaranteed absolute freshness.” In the hotel kitchen, Chef Panos Papadopoulos faces a significant culinary challenge: very few vegetables can be grown successfully on this island where the sun shines 300 days of the year and the sirocco and meltemi winds blow strong. So he has to source his produce from the neighboring islands and mainland Greece. What’s his signature style? Organic salads for the room service menu and a touch of fusion in the restaurant.

Despite its reputation as an overcrowded tourist destination - ever since Jackie Onassis put it on the tourist map in the 1960s - this small block of granite in the Aegean Sea still has great beauty to offer its discerning guests. To enjoy Mykonos to the full, forget the summer and its unremitting crowds. Opt instead for pre-season or post-season: May, June, September or October. Vangelis Daktylides agrees: “The weather here is kinder then. And visitors will rediscover a side of Mykonos that’s less jet-set and much more family oriented. I love it!” 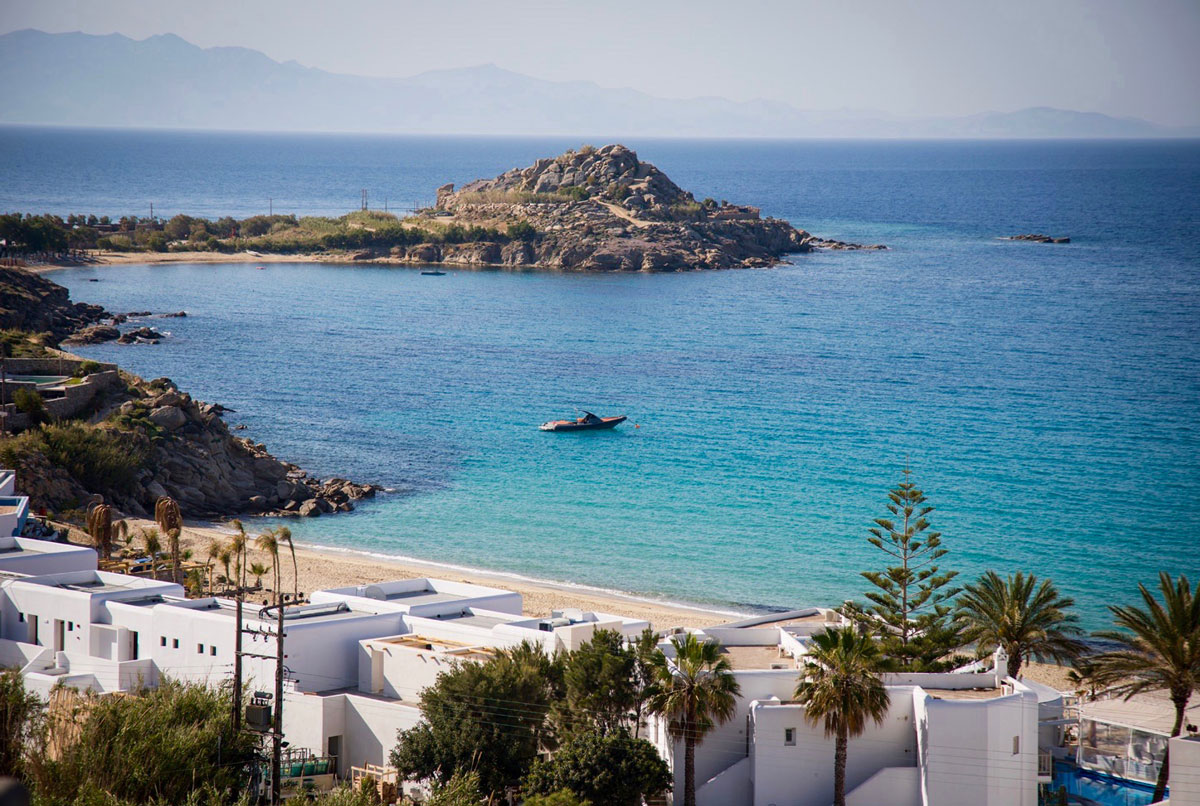