At Tobira Onsen Myojinkan, tucked away in a secluded corner of the mountains, a two-hour train ride from Tokyo, the spring waters leave you feeling cleansed from the inside out while the cuisine, reflecting Nagano’s natural bounty, renews body, mind, and spirit.

Spending time at a spa is both quintessentially Japanese and utterly exceptional, one of the rare occasions when the Japanese intentionally engage in idleness, as though they were entering another world or living a waking dream. This is why resort spas often choose locations that allow people to leave the real world behind, both physically and psychologically. 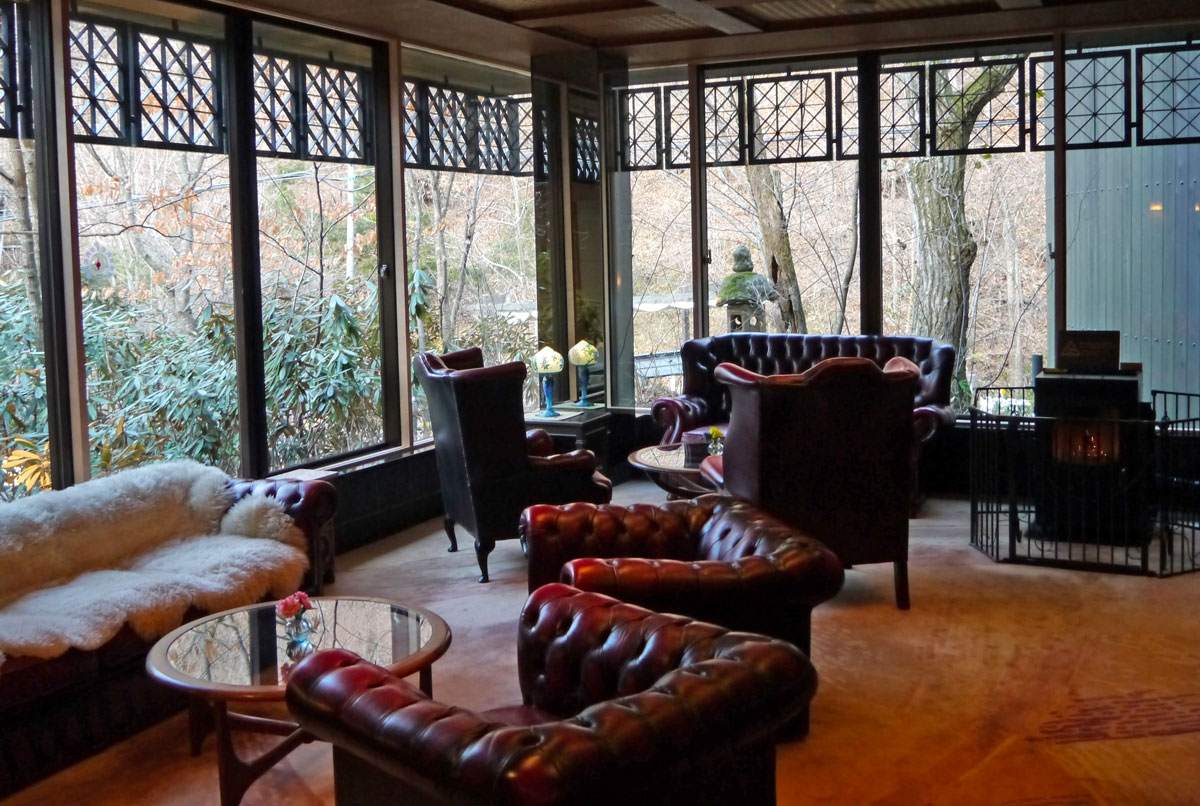 Tobira Onsen Myojinkan borders a large national park. To reach the site, you must ascend mountainous territory to an altitude of nearly 3,500 feet (1,050 meters), terrain that, in summertime, is a verdant carpet of foliage, as though green were the only color in the world, or blanketed in pristine white in winter. In autumn, an almost spiritual serenity permeates the premises. A magical sensation, as though you crossed the threshold into an unchanged Japan, a place that puts on a new face nearly every day.

Every spring water has its own unique personality. Here, the water is very “calm” – it gently wraps ‘round your body and whispers in your ear. The spa’s maître de maison, Tadamasa Saito, who was born and raised at this establishment, has even christened the water “Kannon,” the Japanese pronunciation of Kwan Yin: compassion incarnate, a benevolent, generous goddess of mercy. 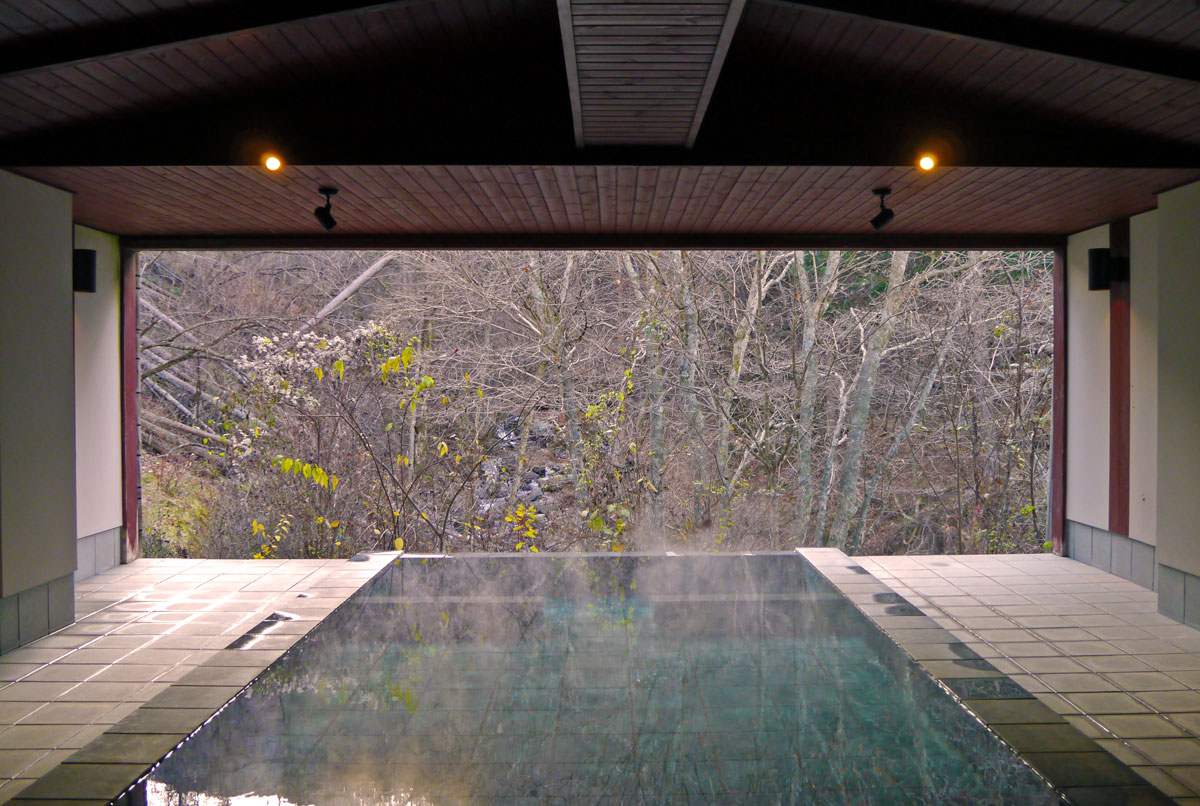 When evening falls, you can enjoy French cuisine, an uncommon offering at spring spa facilities. The consommé opening the meal is made with iwana (“rock fish”); the broth captures the entire life of this river fish and is followed by a savory “Mont Blanc.” On the palate, after an initial impression of sweetness, an almost earthy aroma of wild mushroom surges forth, a very pleasurable surprise. You suddenly understand why the word yasai, meaning “vegetable” in Japanese, is composed of two characters: ya, a wild or natural state, and sai, plant. Chef Bandô, working under the guidance of Chef Masahiro Tanabe, creates cuisine brimming with this original, “unprocessed” vitality, with roots plunging deeply into nature. 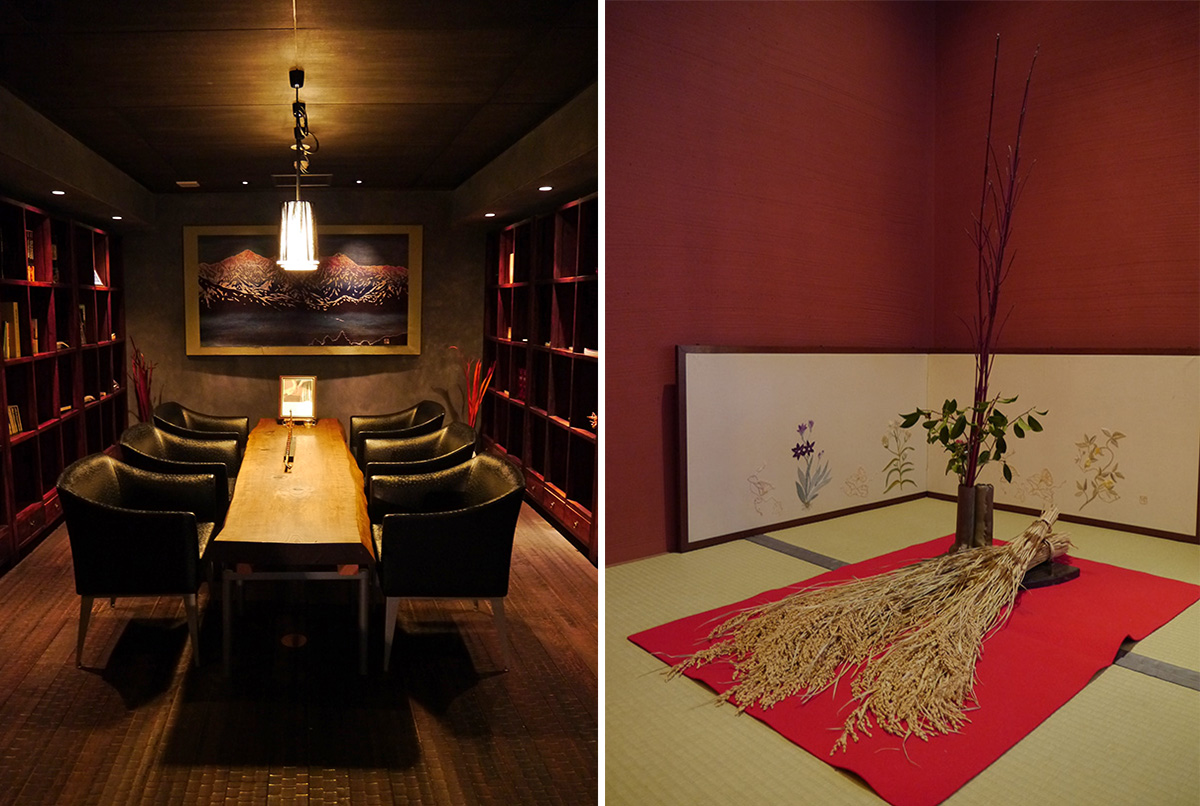 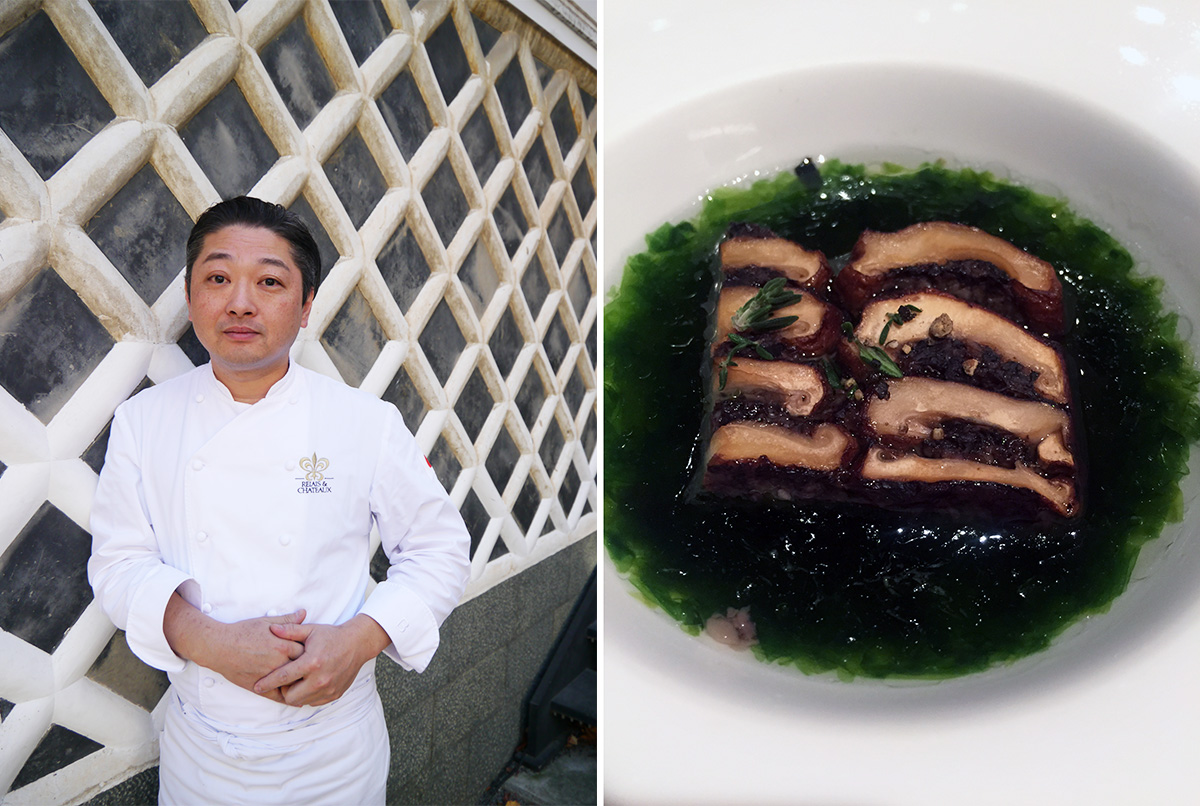 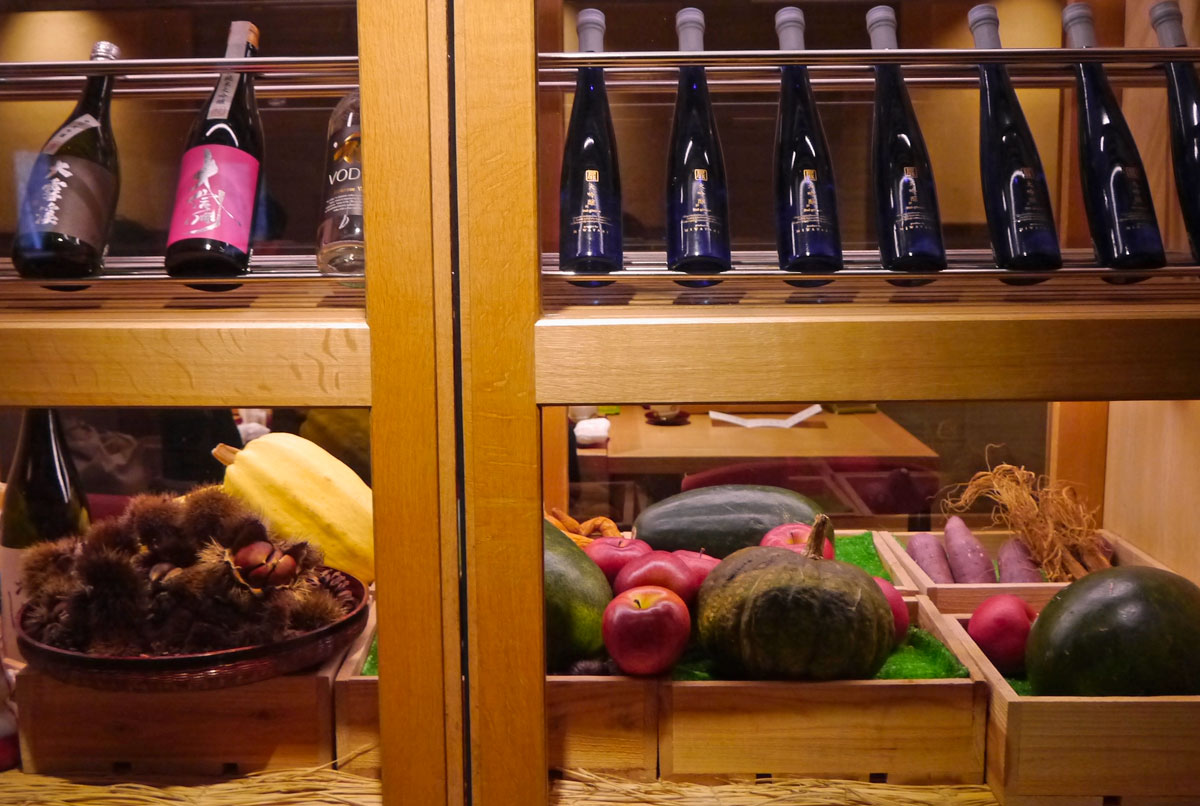 The next day, before your definitive return to town, you can stop at the Hikariya-Nishi, a traditional Japanese storehouse with a courtyard, now converted into a restaurant. This is the other establishment where Chef Tanabe expresses his culinary vision: a childhood steeped in French cuisine prepared by his grandmother, who long lived in France, dovetailing his passion for “natural cooking.” Boasting a degree in macrobiotics, he can satisfy the whims and wishes of any guest in a gourmet vegetarian meal, crafted with ingredients sourced from his network of more than two hundred producers, an entourage forged over the course of his career.

The major renovations at Tobira Onsen Myojinkan will soon be completed, offering an ambiance even more conducive to reflection and wellbeing. There will be a number of rooms spanning more than 1,000 square feet, with meals prepared before your eyes. In thevillage below, a complex of houses undergoes its own revamping for those seeking a more intimate experience with nature and tradition.

Time spent at the spa is never devoid of value, it is never merely rest and relaxation. At every moment, you invite new energy into your body in a subtle form of meditation, tuned to the ceaseless murmur of the water. Exquisite instants of rebirth.