When you look at the map of New England, it reveals, to those who look closely, a few magical white dots, a kind of secret code for insiders: these are the Relais & Châteaux of the East Coast. The collection is noteworthy, sometimes cosy and quiet, sometimes glorious and iconic.

Ruth and Daniel McLaughlin were working in Chicago when they fell in love with this once run-down property. “Looking out from this magical house, we decided to pursue our dream of owning a real inn. Each space has been remodeled and redesigned: the entrance hall, the veranda, the kitchens, the bathrooms. We didn’t have a fortune, just determination and a desire to do better.” 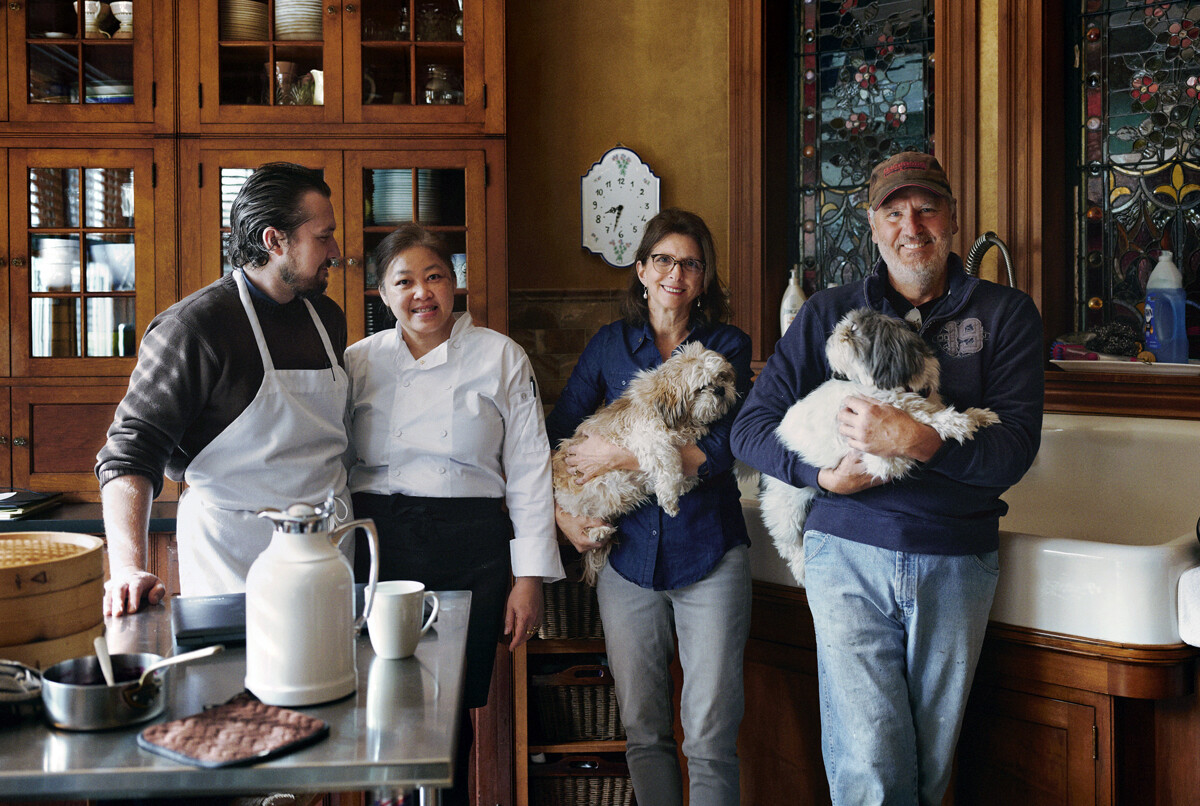 As soon as you enter, you can instantly feel the soul of the house. It breathes with a passion that has slowly, obstinately, given birth to ten rooms of deep and understated luxury (shaded in “white moonlight”). The silence here is soft and intimate. It is interlaced with discreet, piano-like music; the scents of warm brioche. This is a house that is as enveloping as a blanket, as soothing as a book. It stretches, lengthens and encourages you to do nothing. Or, perhaps to take a walk among the trees, along the paths. The meadows crackle under your toes like a delicate meringue.

The food has the same effect due to the talent of chef Michael MacDonnell. Carefully sculpted as if it were wood, it shines through its use of local ingredients (pork, poultry, Maine lobster). Ruth’s welcome has a warm, scrupulous simplicity and there’s a contagious delight when seeing Dan return from gardening or from working on the many buildings. 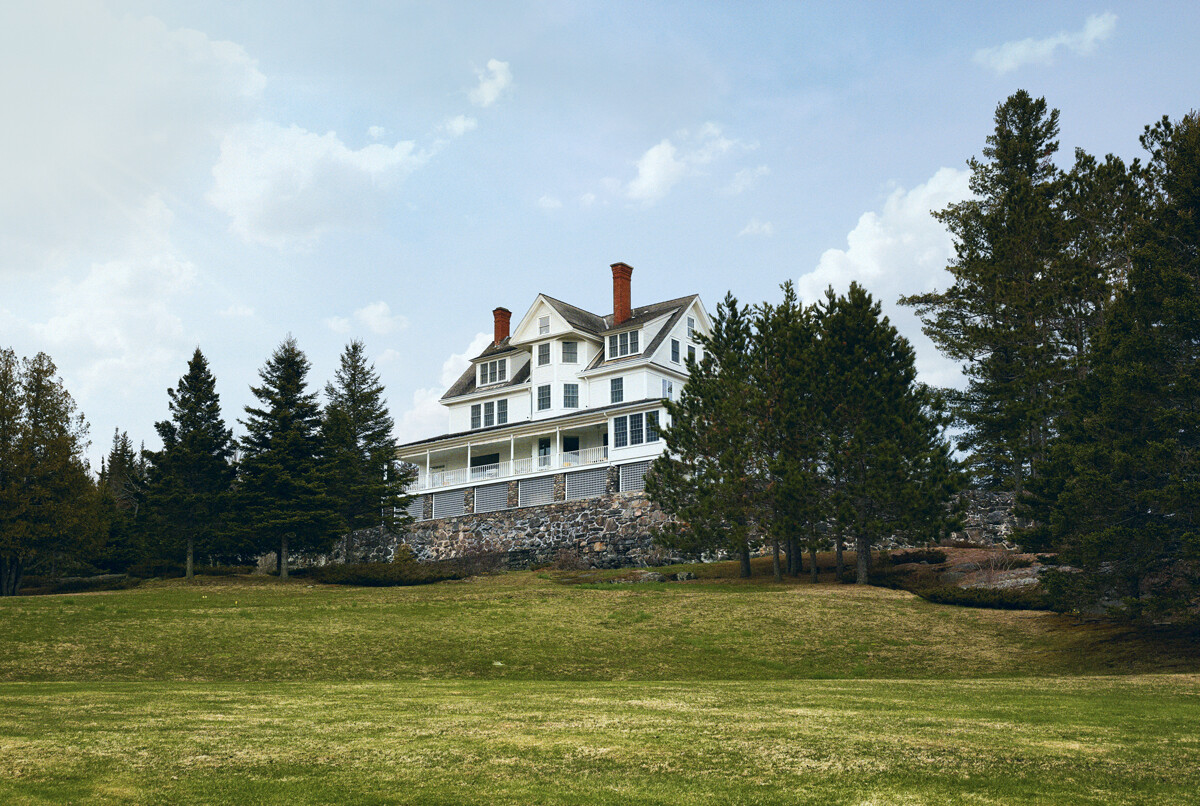 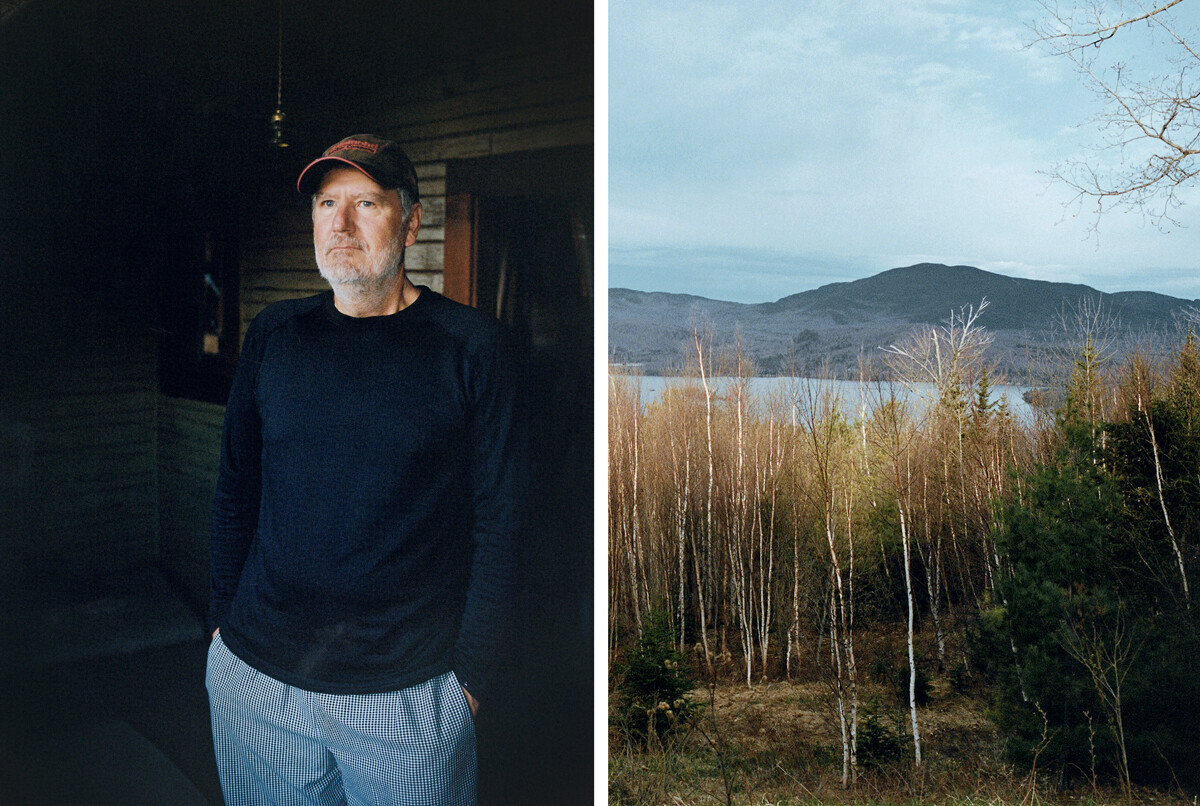 Menton, Boston: the Riviera with an East Coast vibe

Today, Boston is in full celebration. It’s the day of graduation: congratulations are passed around and life seems to be filled with a rare immensity of joy. This evening we celebrate at Menton, in South Boston. The large dining room is spacious, a play on polished concrete, mineral tones and smooth grey surfaces that ring of Dior. 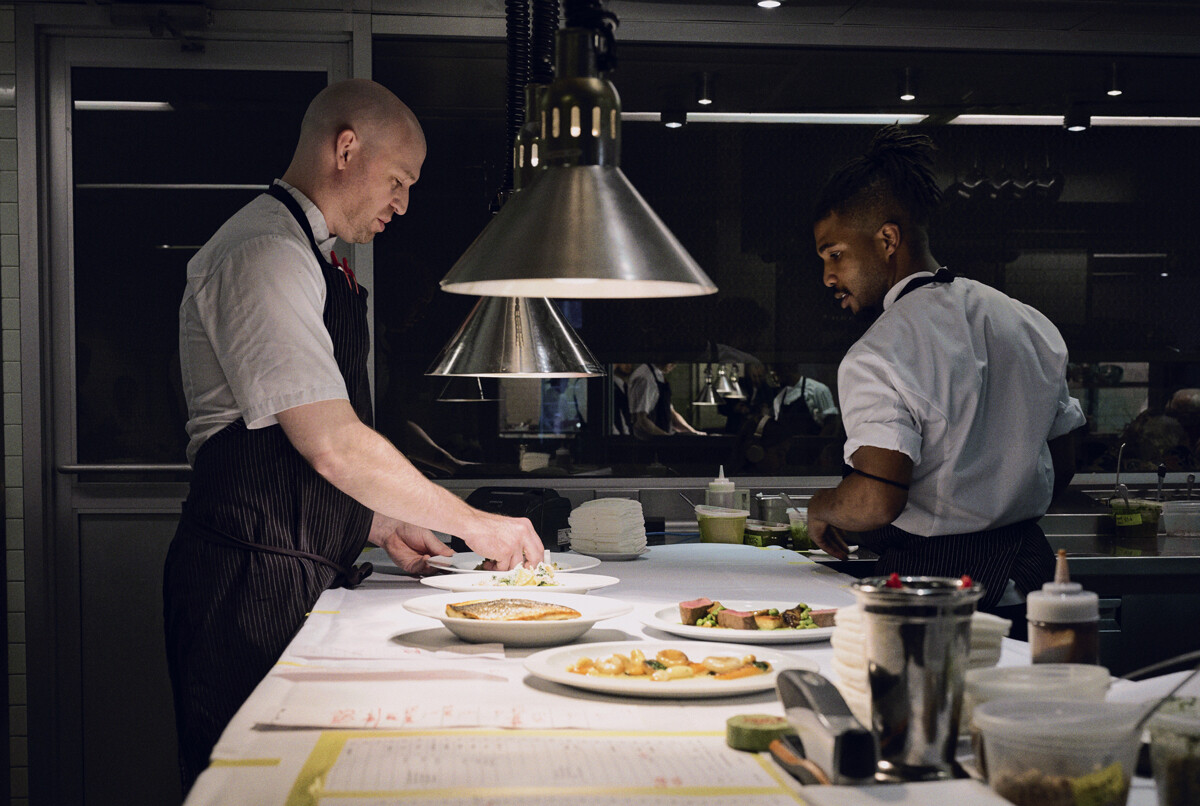 The menu prepared by Lucas Sousa, under the direction of chef owner Barbara Lynch, is intended to be uncomplicated. It’s a salute to the restaurant’s namesake of Menton, an expression of the Riviera, with its French touches (snails, foie gras on French toast) and Italian tropisms such as asparagus and Parmesan burrata or Sicilian spaghetti with pistachio and black pepper.

The service follows in the same groove. Sommeliers bustle above the delicate Austrian glasses; and outside, the red brick buildings of Fort Point bring to the scene their own intense radical edge, accentuated by stairs painted in matte black. 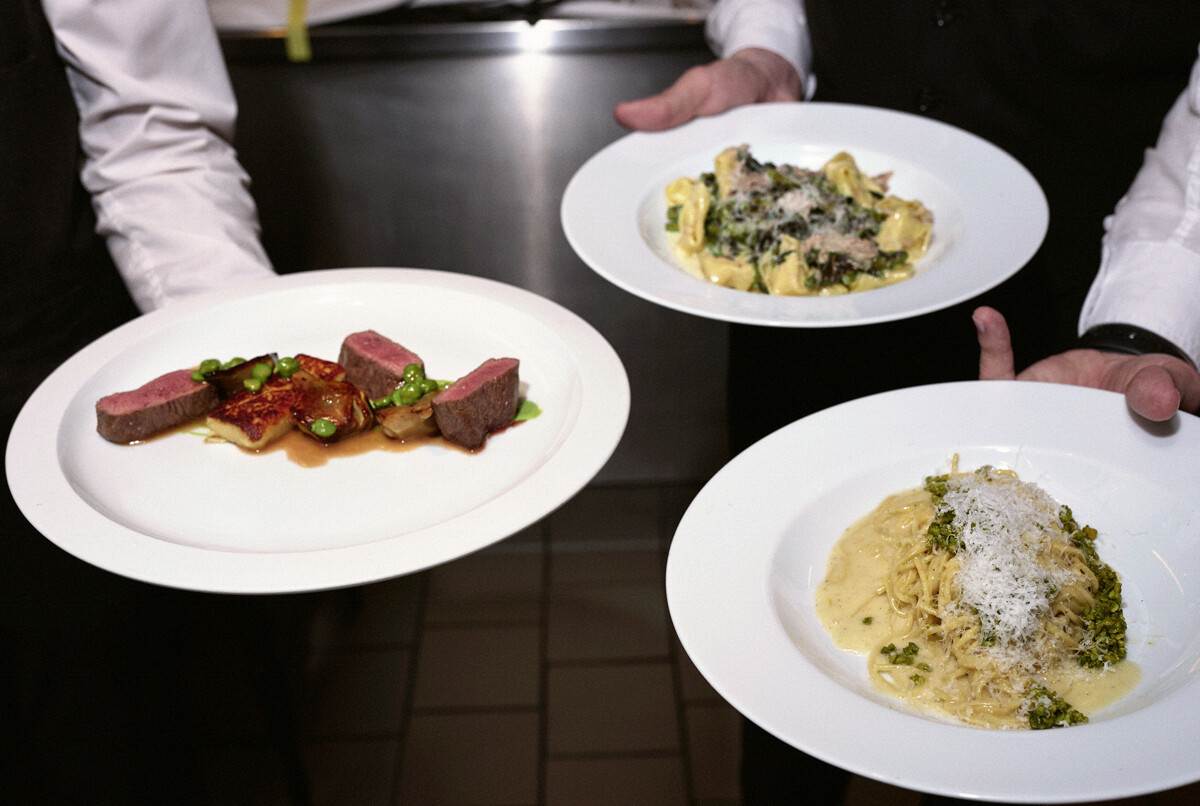 The Charlotte Inn, the pearl of Martha's Vineyard

Leaving Boston for Martha’s Vineyard takes twenty minutes by plane. But the sea remains the best way to enjoy a leisurely approach to the shores of this island protected from the world, far from everything else. Its buildings offer an air of modesty, rising no more than two storeys and protected by cedar shingles and bright white trimming. Here, time is preserved, as if suspended. This is another America, that of the Northern Yankees: reserved, liberal and expressing an openness that resembles elegance.  Who could resist a charm so calm, so soothing?

The Charlotte stands like a regal candy jar dripping with antiques and paintings; scattered with porcelains, silverware, hat boxes, leather boots and letter boxes. The fanatic details leave us spiralling in enthralment, like the half-ton porcelain tub (Room 17) that required six men to transport it. Meticulous to the end, even the cucumber sticks meant to accompany the Pullman bread, cream cheese and dill are cut with precision.

We start to see the infinite subtleties of this blessed island. The blues here are soft, liturgical, porcelain. With the sky so close, there’s even a celestial dimension. 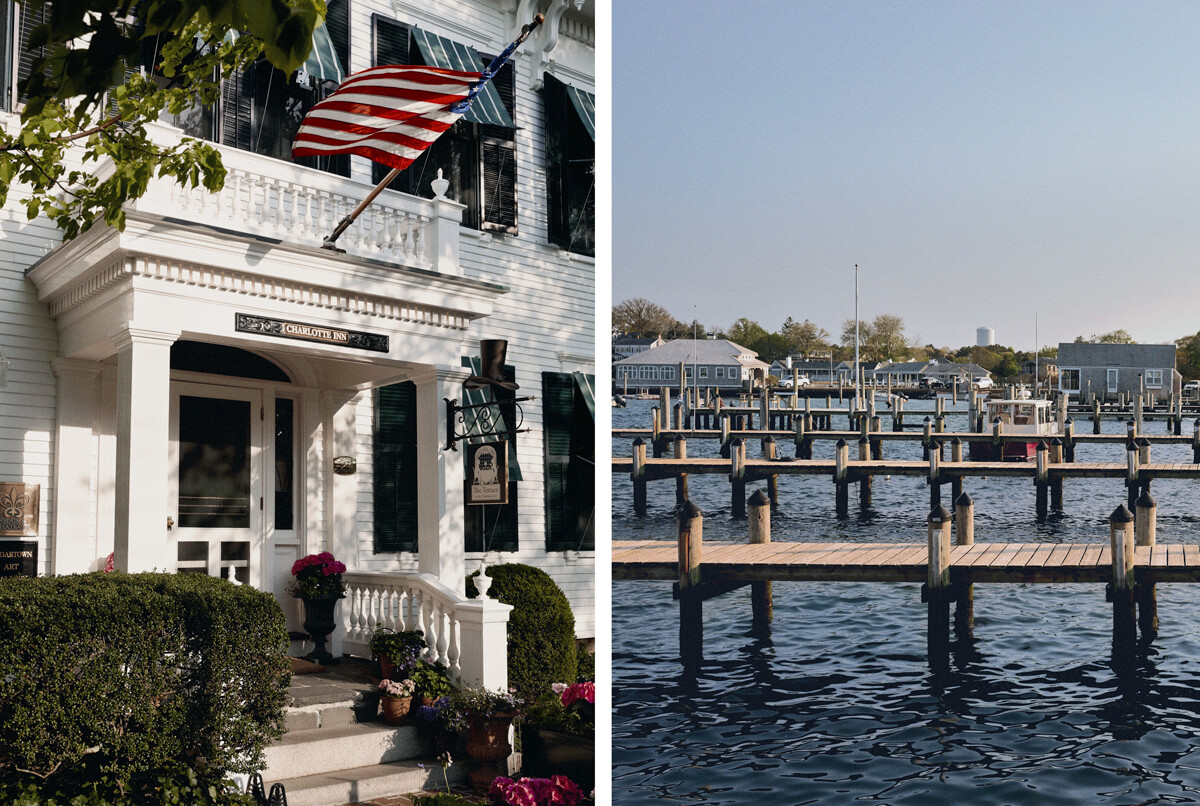 In Nantucket, The Wauwinet is the perfect answer

The preamble of Martha’s Vineyard turns out to be great for slipping over to Nantucket. “The beaches of our friends are indeed perfect”, says Eric Landt, General Manager at The Wauwinet, in Nantucket. Then adding with gusto, “but here, they are... grandiose! We stay in the distance, ready on the edges”.

Hence this tangible impression of freedom, of being in the “wilds” of an oceanic world. Nature plays, residents listen. It was here that Herman Melville wrote his legendary Moby Dick, a foretelling of how we must deliciously surrender to it: “Seen from the sky”, he wrote, “Nantucket appears like a crescent of sand on the water. It looks as if it is trying to escape the great body of New England, like a rebellious child”.

“We work with lobster in different ways”, explains chef Kyle Zachary. “Personally, I think it is best grilled with a flavored Vermont butter. Lobster should bring the ocean to the table. It’s our religion.” 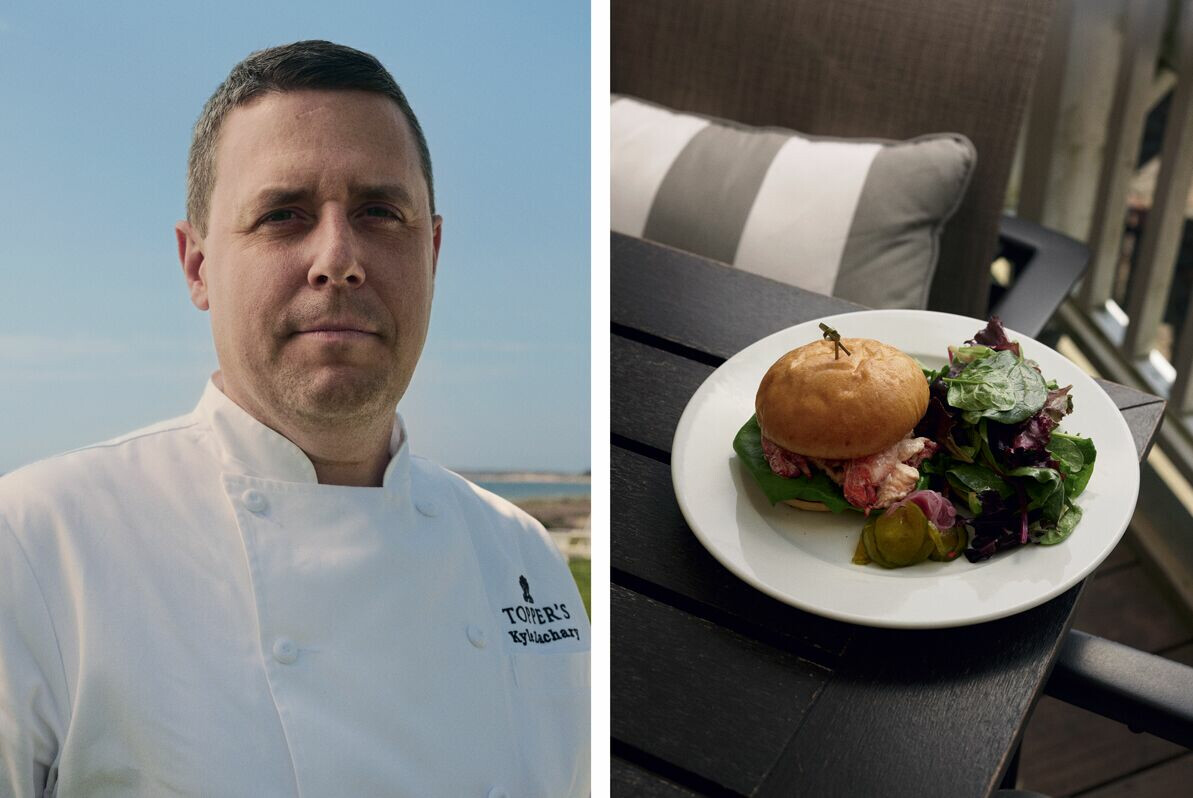 While still on the ocean, its rocky shoreline has a history which begins with the Narragansett Indians, who were the first to spot the uniqueness of this cliff. They were quickly followed by soldiers — English, Spanish, French — writers, biologists, hurricanes, officers and their wives, before the inevitable wave of famous actors like Montgomery Clift, Grace Kelly, and Paul Newman.

The sea is constantly moving towards the coast. It wears it down, caresses it, rubs it. Diving into the water in the chill of the morning air, you belong to this magnificent world’s brutal voluptuousness. You feel purified, strong and, above all, privileged to have experienced such an extraordinary and unusual place. 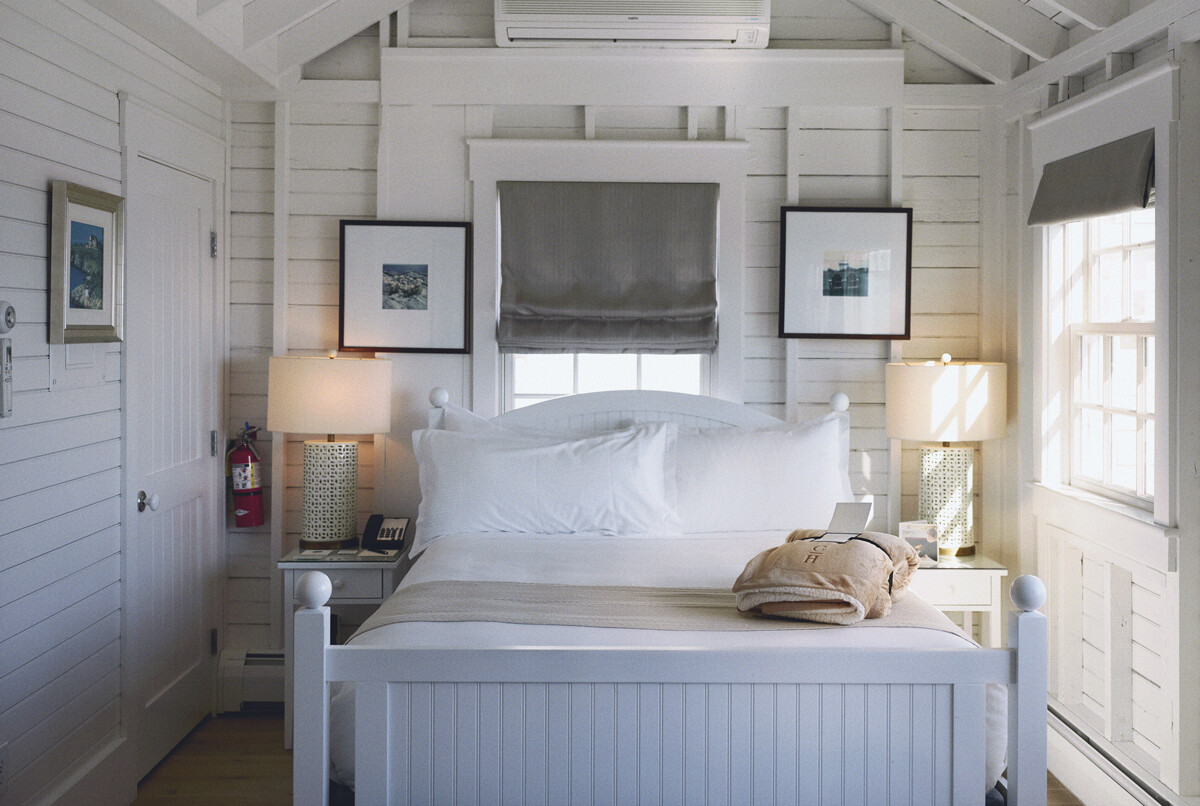 Ocean House: the renaissance of a myth

An icon among North American hotels, Ocean House has hosted so many weddings, conventions and anniversaries that in 2005 the owners decided to demolish and rebuild it, ensuring this fabled establishment could live up to its exceptional standards for centuries to come.

And so, it stands here today, proud and all the more respectable. One of the original elevators still rings as it passes each floor; it carries ghosts. At 17:00, the head bartender will be giving a lesson on how to make a “mean” martini. That’s just enough time to make sure the blues are still clambering outside. Tonight they are pale, as the Atlantic returns with its milky lights.

Just behind the dunes of the ocean, bordered by a salt pond, this new age hotel is the little sister of the iconic Ocean House. With great walks accompanied by the eruditions of the house botanist, swimming pools and a spa, you can understand why this discreet, modern and family hostelry is one of the “most charming inns in America”.