Just an hour’s drive from Vienna, and a few minutes’ walk from immense Lake Neusiedl is a small collection of country houses dubbed the Taubenkobel. This unique hotel mixes traditional country charm with modern art, and features one of the country’s best restaurants. 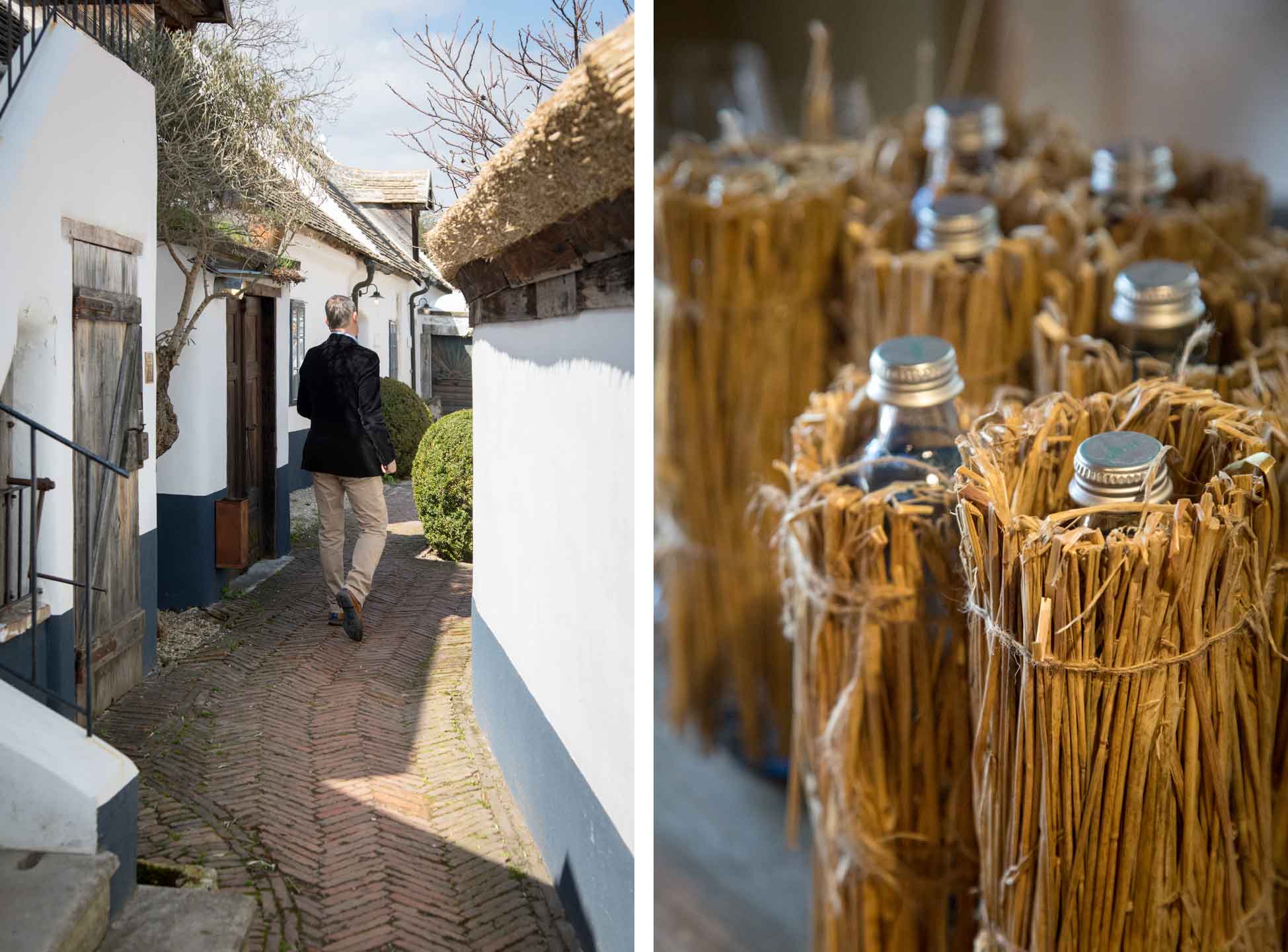 Located in the vast steppes of Burgenland in eastern Austria, Neusiedl Lake (116 sq mi) is edged with thick swathes of reeds, which provide a home to more than 250 species of birds. At Taubenkobel, reeds also make an appearance.  They thatch the hotel’s traditional roofs, and are used to keep water bottles cool in rooms and in the dining room. 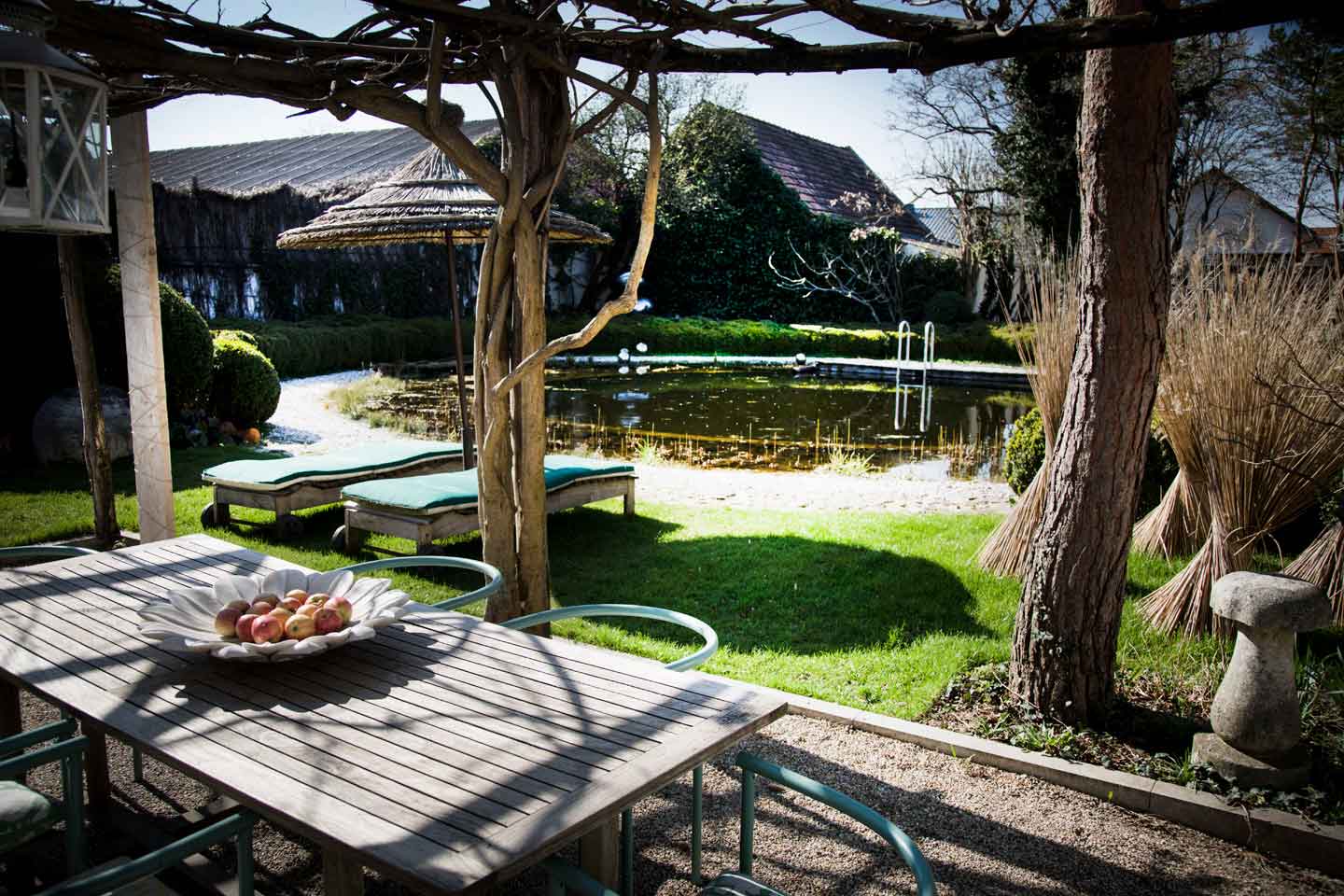 Natural touches abound in this cozy Relais & Châteaux hotel with its 11 rooms and suites. Take, for example, its pool. No garish turquoise tiles here, but rather a landscaped pool on the grounds. No chemicals, either, since the water is naturally filtered by the aquatic plants. 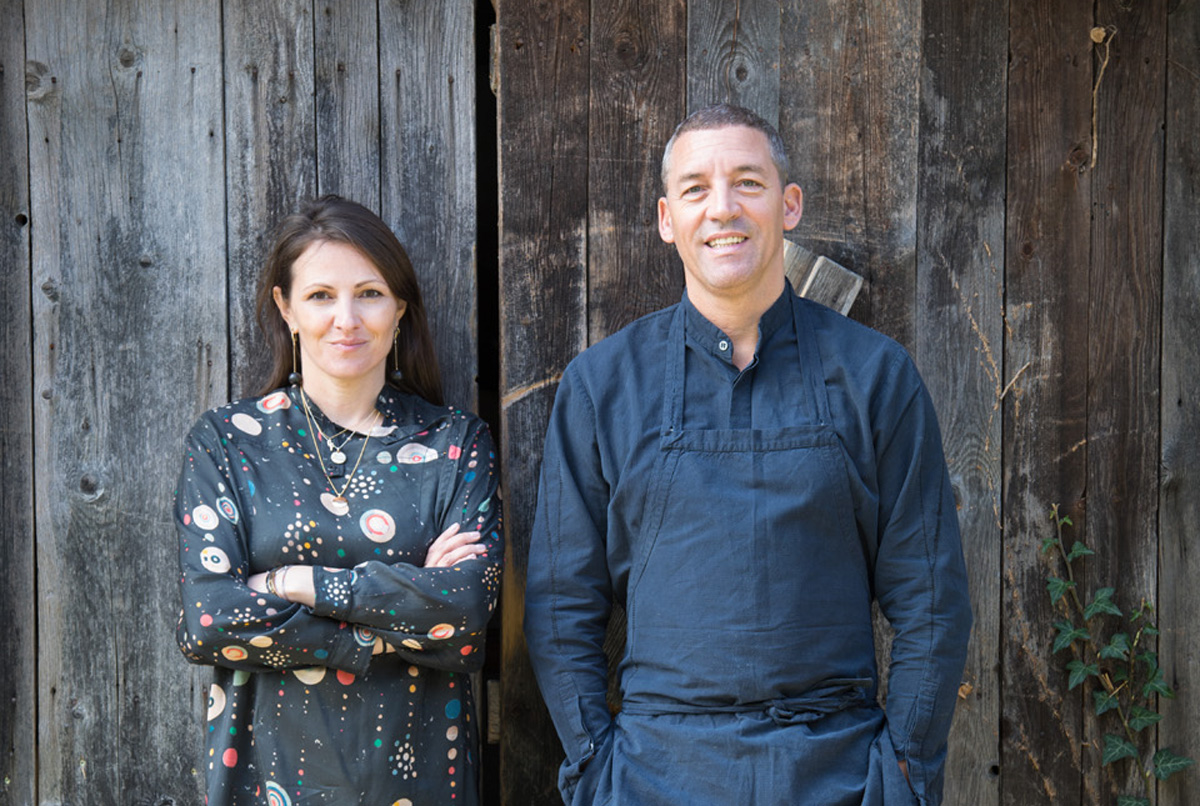 Running the establishment are Alain and Barbara. It was Barbara’s parents who built Taubenkobel (German for dovecote) some 35 years ago, acquiring the wide 19th century buildings one by one. Today, the property resembles a hamlet with its narrow cobblestone paths and delightful garden. The couple divides the work: she hosts, he cooks. 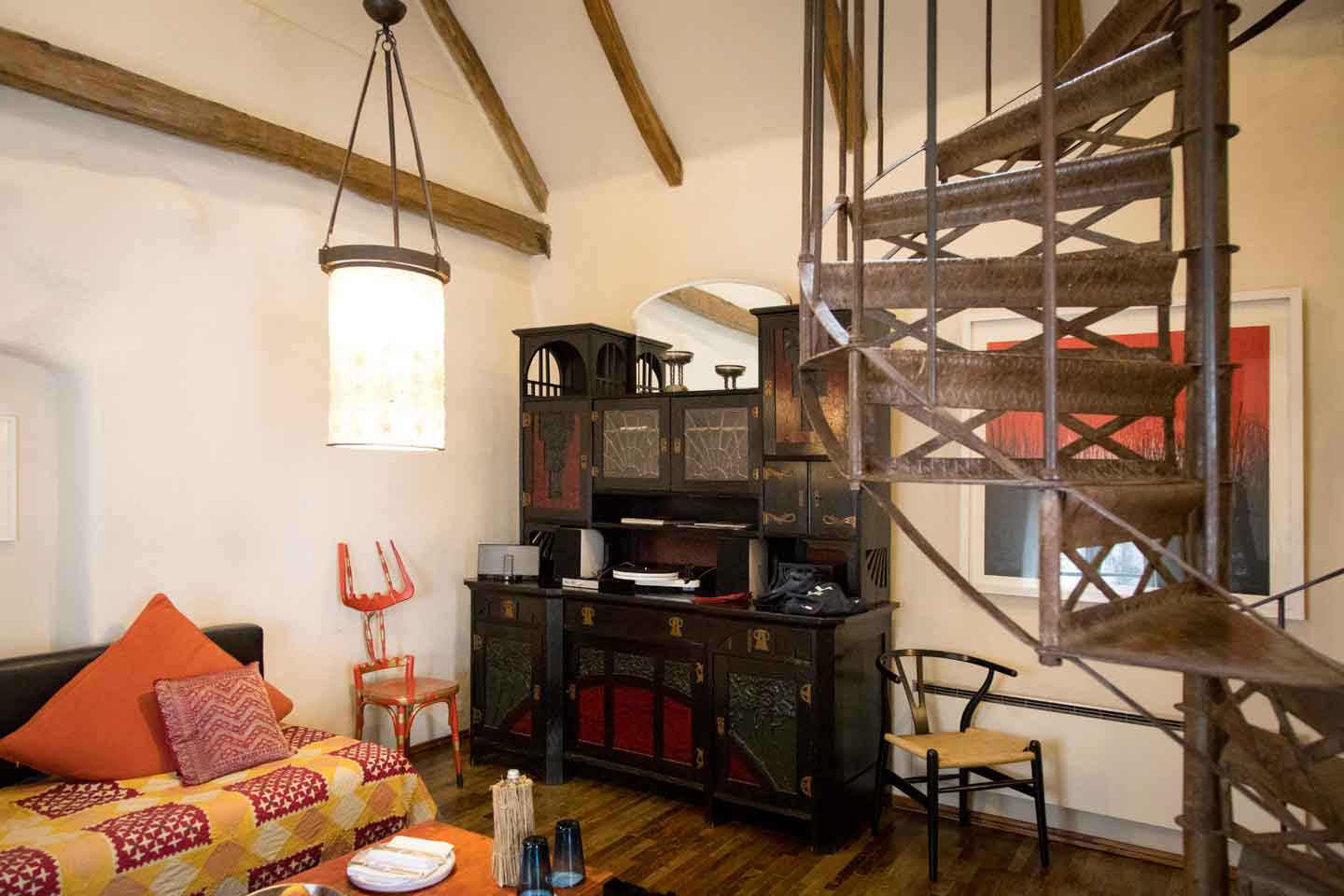 “We’ve never used an architect,” Barbara explains. “We wanted a house that resembled us, a family home where traditional furniture co-exists with more designer pieces, or with works of art. In the duplex suites, for example, the metallic staircases are fire escapes from old Viennese houses.” 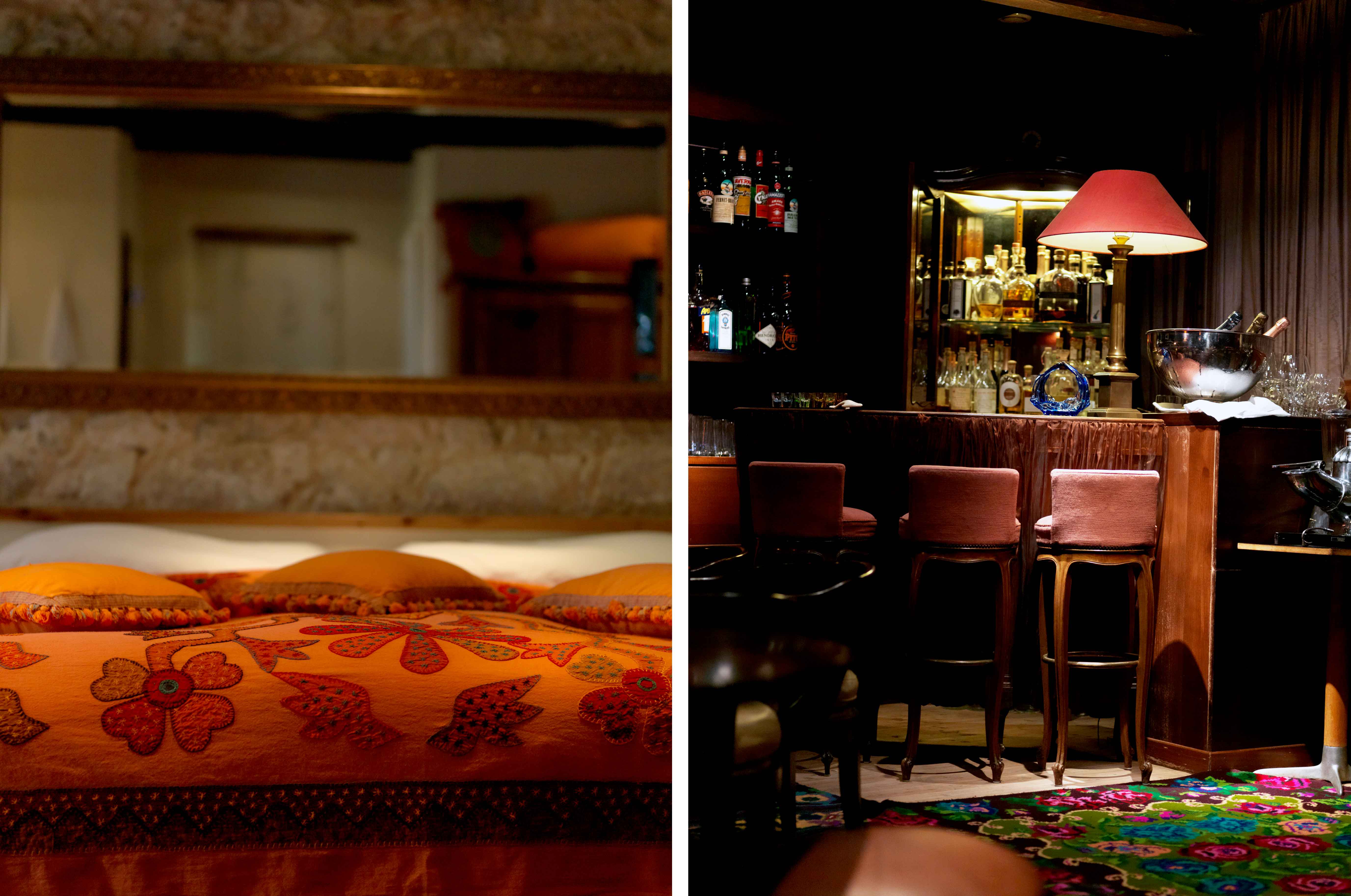 The hotel’s charm is also sleeping under exposed wooden beams in a big comfy bed with sheets woven in Hungary, bathing in marble tubs recovered from a nearby castle, treading on glazed tiles and Romanian rugs, and relaxing on velvet 1940s sofas bought at auction. 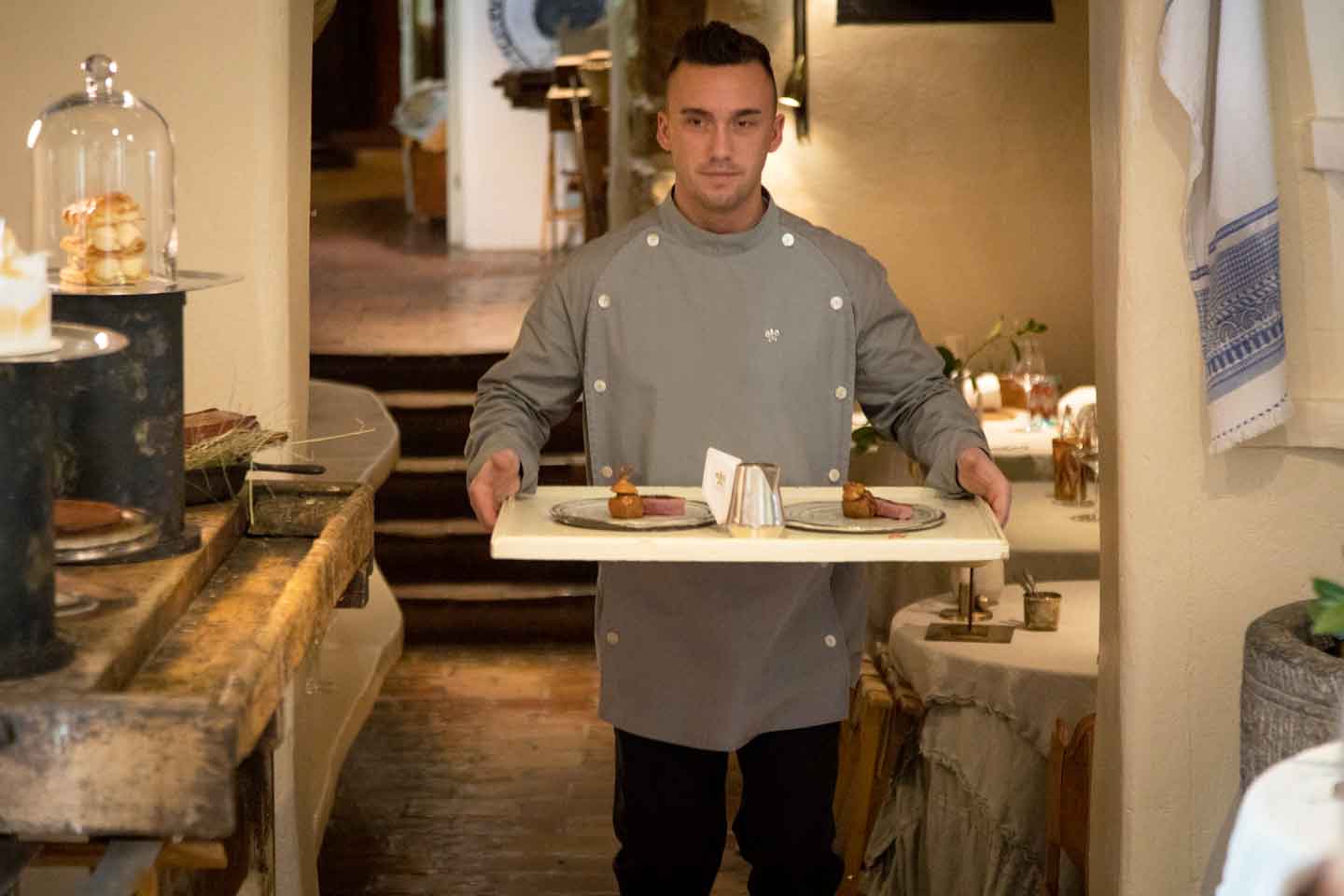 Of course, the most important moment at Taubenkobel happens when its time to eat. Diners travel far to dine here, for lunch or dinner. When the Michelin Guide still surveyed restaurants in the Austrian countryside (the last time was in 2007), the restaurant was awarded two stars. And since? If the busy wait staff are any sign, the restaurant remains a success. 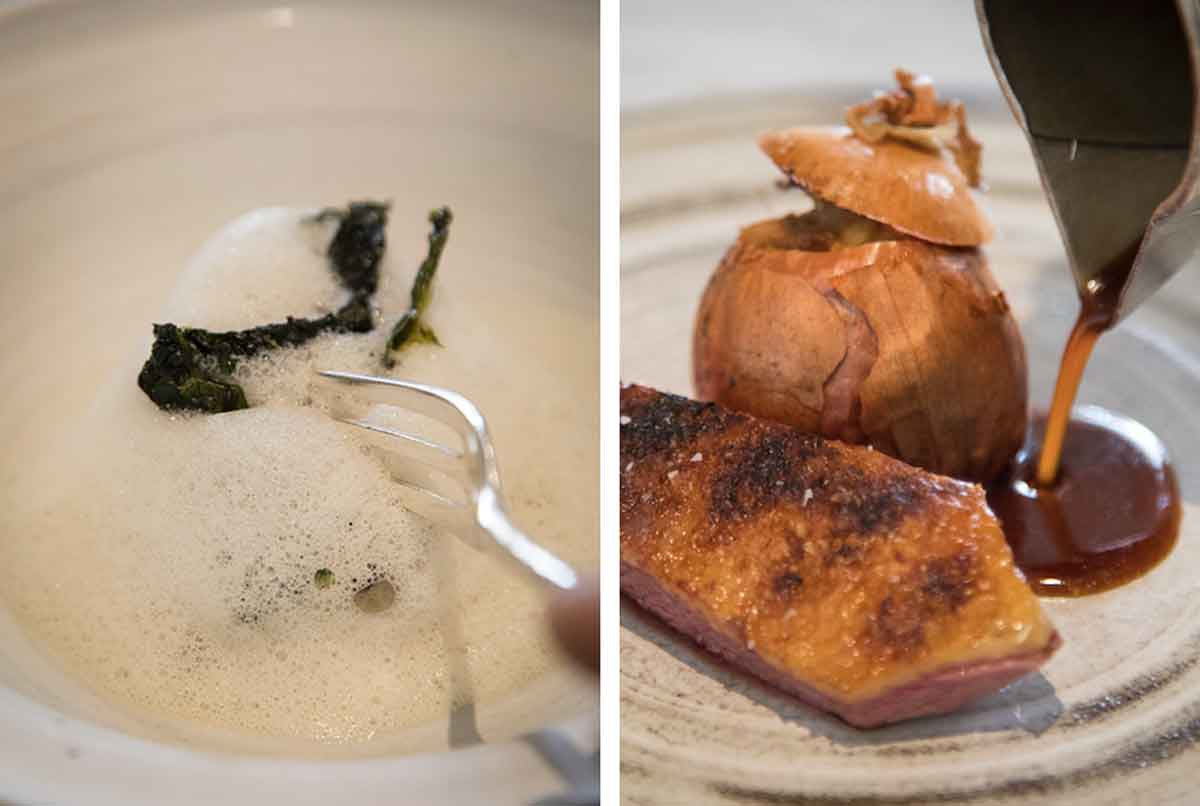 Originally from the Alsace region in France, Alain is guided by the same principles as his predecessor, his father-in-law Walter: local products prepared traditionally but creatively, in which nature’s essence is distilled. Set against rustic linen tablecloth, the dishes served range in style from the unadorned to the refined: Low-roasted duck finished on the hearth. Spring cabbage, lamb and cumin-flecked mousse. Oven-roasted bone marrow with elderberry flowers and potato cream. 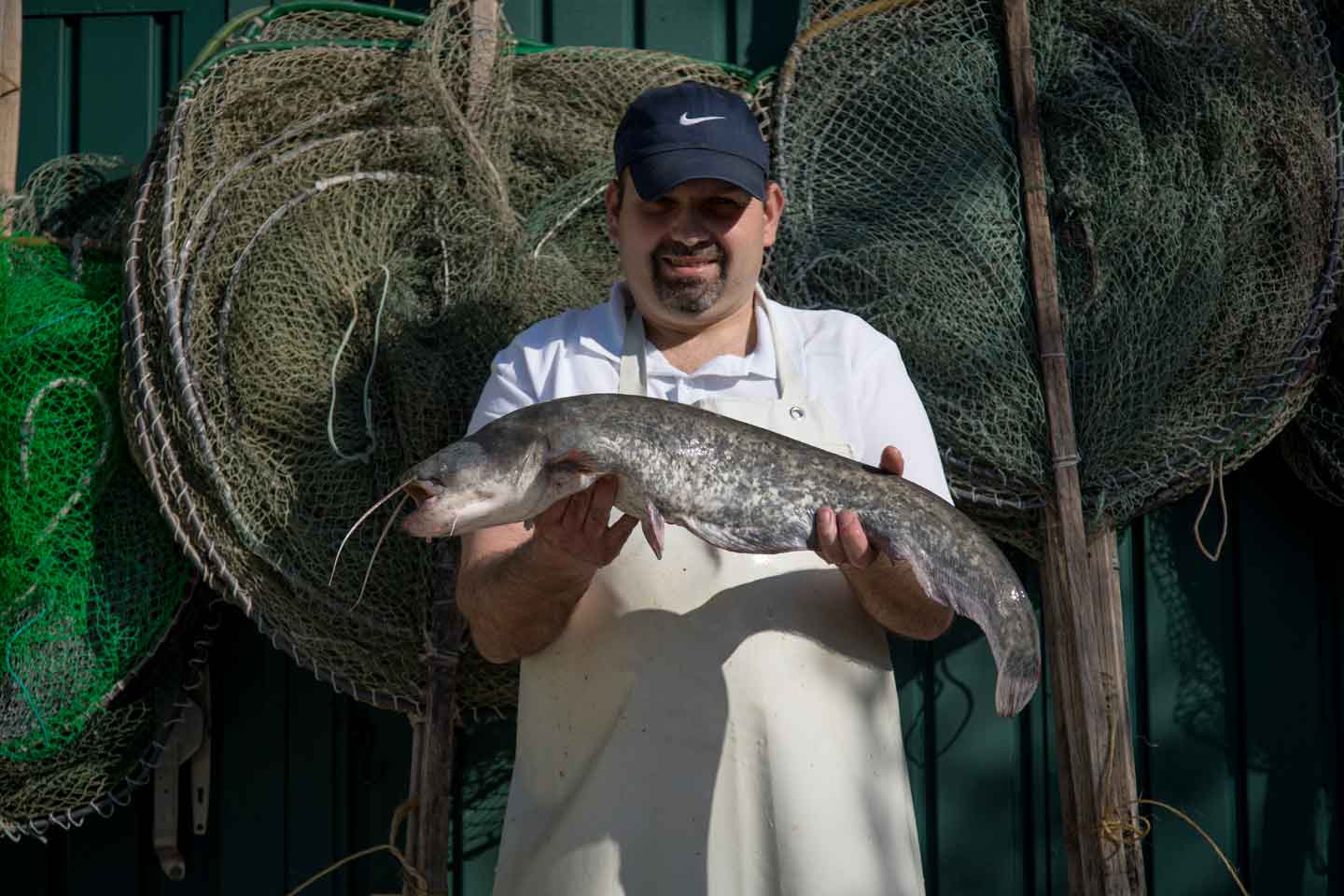 “At least two dishes change every week on our menu,” Alain explains. Our producers are local and 80% farm organically. We keep on top of what is fresh at the moment, either from the field or the lake, since we have the opportunity of offering the lake’s catch.” Helmut Schwartz, a fisherman from the neighboring village, supplies the restaurant with zander, eel, catfish and pike. And even carp, which the restaurant boldly serves carpaccio! 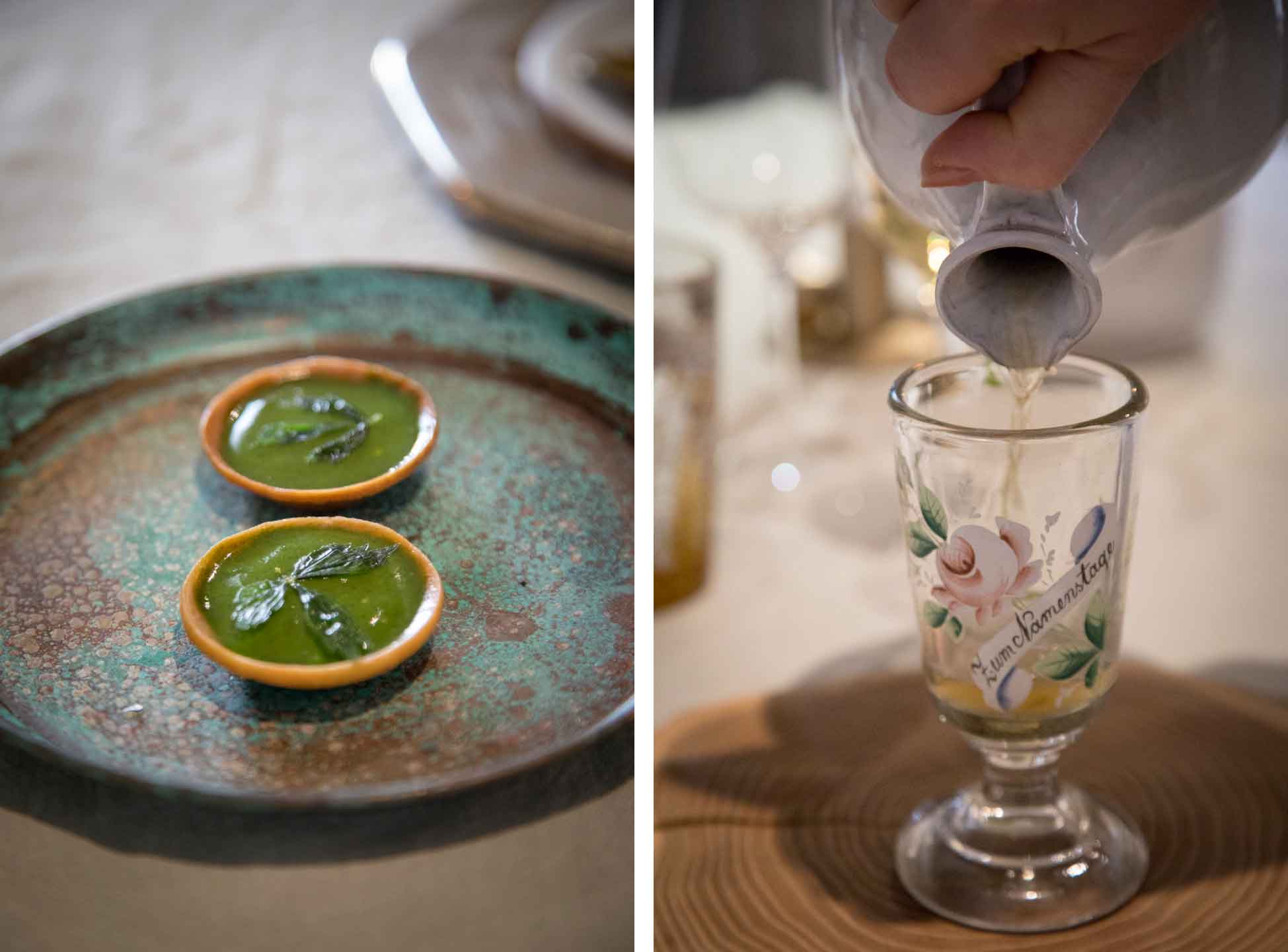 To pair with Taubenkobel’s signature dishes, such as quail in hay or raw Caesar’s mushrooms served with poppy seed cake, the restaurant proposes a selection of wines by the glass. More surprising is the selection of non-alcoholic drinks also paired with each dish.  A must-try experience. 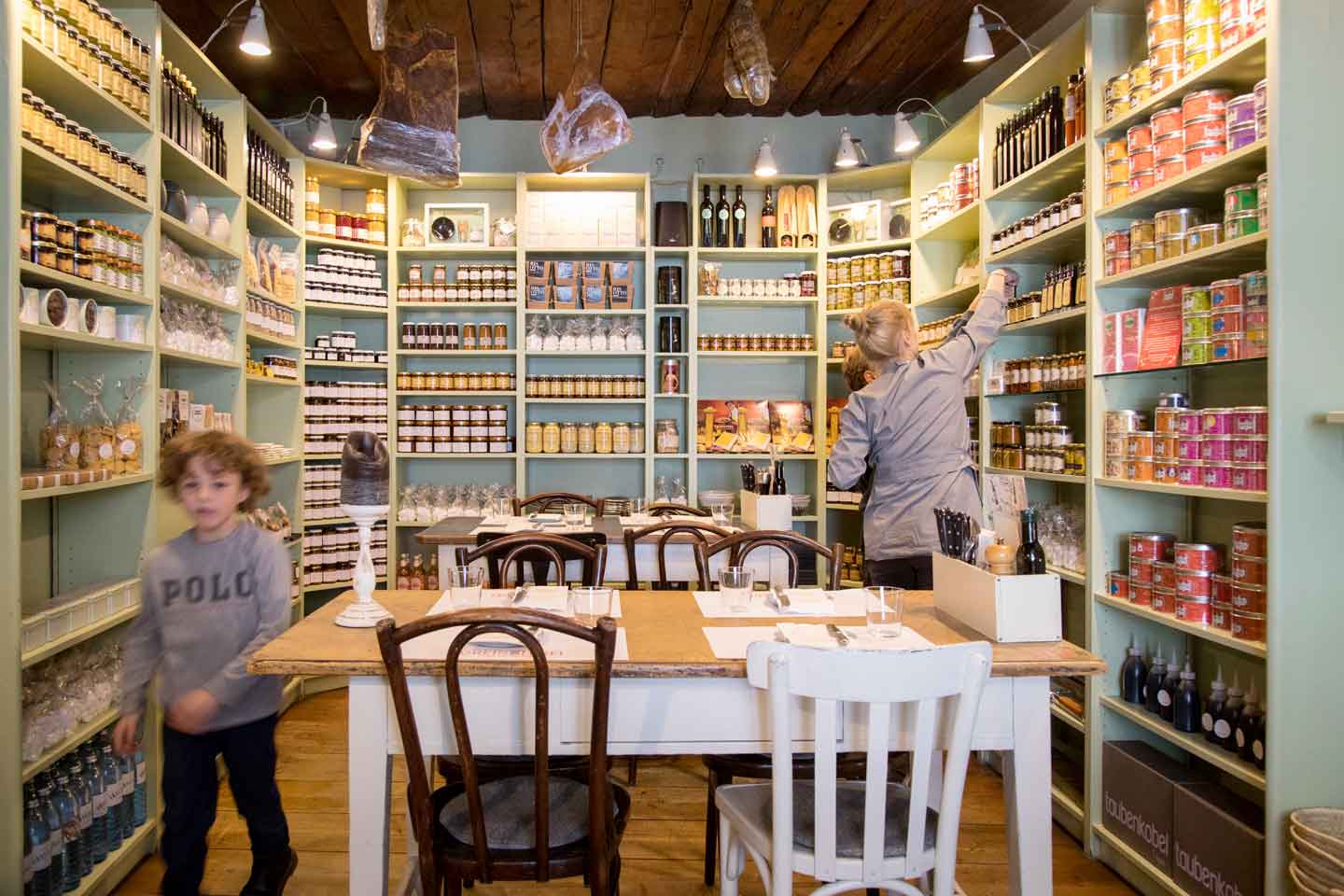 Taubenkobel also has a lovely bistro le Greisslerei, serving dishes such as wild garlic soup with soft boiled egg (€9). The bistro is, in fact, also a grocery shop offering a thoughtful selection of fine, artisanal products. Unsurprisingly, Forbes magazine included Taubenkobel among its ‘16 Coolest Places to Eat in 2016’.