Yihe Mansions and its grand old villas is the place in China to feel the nostalgic feeling of the Republic Style. The two famous brothers bloggers Yibo and Gavin Fan shared the thrill of the experience.

Gavin Fan, under the pseudonym of Mr. Wind, is one of the most influential social bloggers in China with travel experience to more than 70 countries and regions; specialized in introducing lifestyle through travel destinations, hotels, food and beverages.

Yibo Fan, under the pseudonym of Colorful Map, is a professional traveler and travel writer. He especially enjoys the food and the scenery outside hotels. He cooperated with various main stream media including new media

As the Ancient Capital for Six Dynasties, Nanjing gets you to touch this history, staying in the former Residence of the Mayor of Peking 70 years ago, at the aesthetic climax of the modern China.

« Nanjing style and romance have now become one of the fashion trends. » 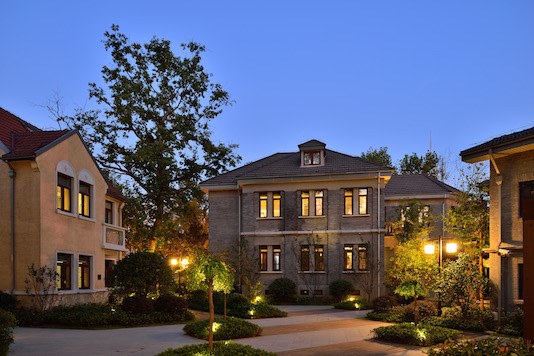 Gavin : Someone say that, one road of Yihe, covers half of the republic history. Some used to be the residence of key historical figures and the foreign embassies and consulates of the Republic of China.

Yibo : We immediately fell in love. Under the flourish plane trees, walls in faint yellow spread along the yard, with stylish villas dotted in-between. In a flash, stars move and time changes. This is Nanjing we’ve expected.

Gavin : This was a time when “the east started to learn from the west”. With the opening of eastern & western cultural exchanges, the culture, the costumes, and the buildings all bear a unique charm.

Yibo : Nanjing style and romance have now become one of the fashion trends. 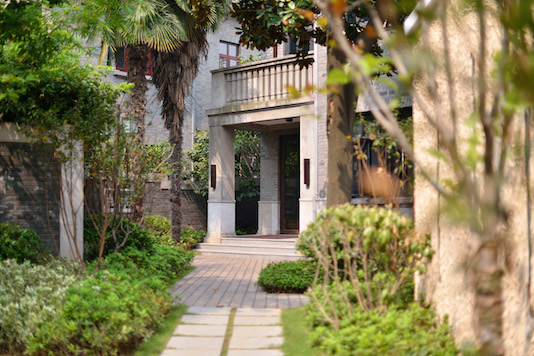 Yibo : There they are, 26 historical garden villas established in 1920-1930, restored just as the old time, have now turn into mansions. 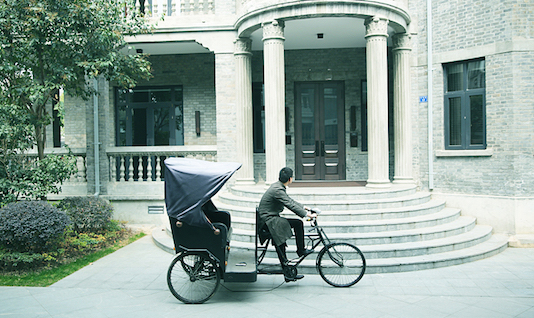 Yibo : The waiter in traditional long gown helped to put our luggage into the rickshaws, and the stewardess in cheong-sam was so elegant and gentle. Gavin and I smiled at each other, “this is it!” 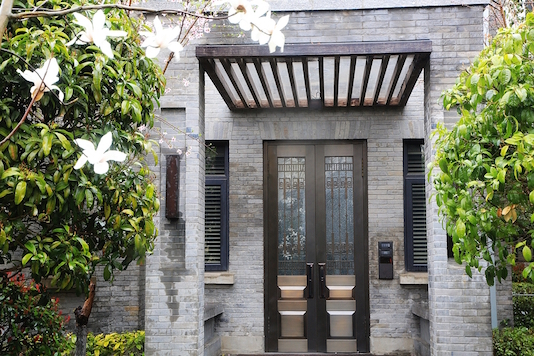 « The sunshine ran through thick, white, wooden window-shades, as if it has passed a hundred years. »

Yibo : It was March; spring came with warmth and flowers. We settled in No 15 villa. The stairs made of wood, the floors in medallion pattern, the furniture and bed of the old fashion, vintage telephone, welcome letter personally written on bamboo made paper, the earliest celadon were opened up with simple but attractive refreshment, and the sunshine ran through thick, white, wooden window-shades, as if it has passed a hundred years. 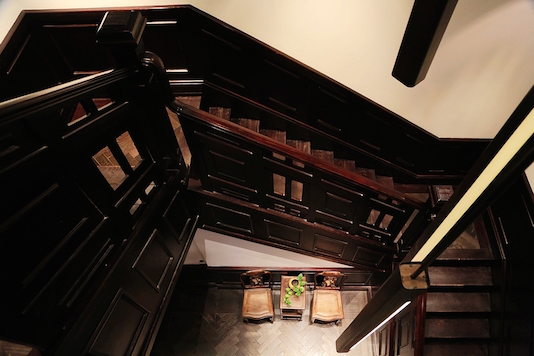 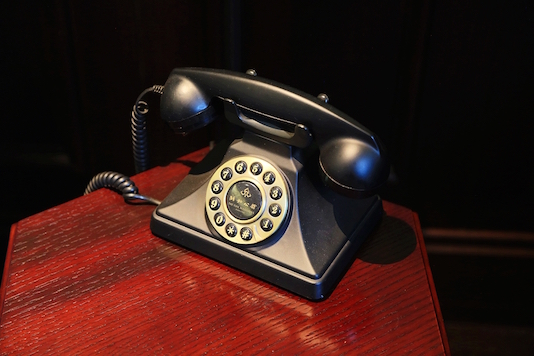 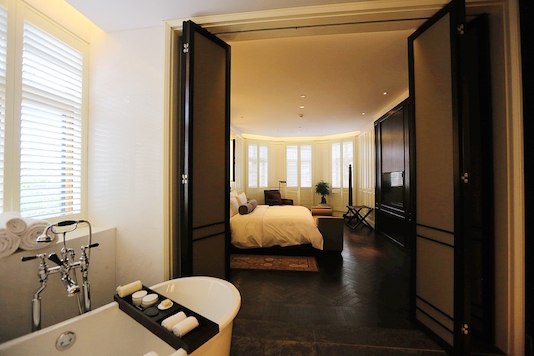 « Every time we stay at Relais & Chateaux, what we expect most is the cuisine. » 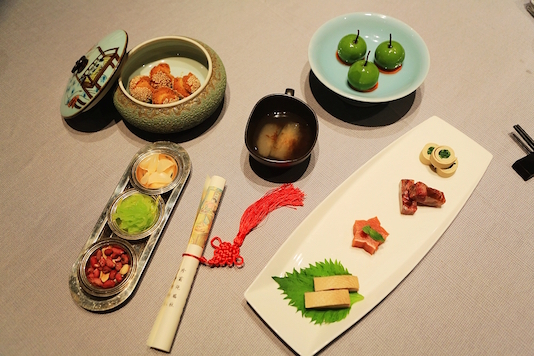 Yibo : Untied the Chinese knot on the menu, what we would be served this evening was a set with the characteristics of the Republic of China, including Marshal Prawn Balls, Willow with pickled greens, Zhang Xueliang, Zhang Daqian, Li Zongren, each dish has its special allusion. And the core is Stewed Soup and Chrysanthemum, to cut 98 slices in vertical and horizontal direction respectively on one tofu, how can we just break and eat it? 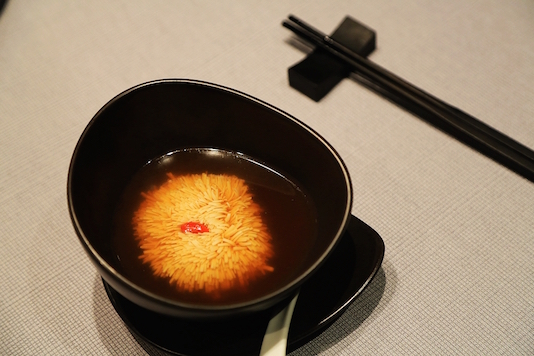 Yibo : Speaking of the flavor of literature and art, you can feel it everywhere. Some villas have been reconstructed into a theme museum of the Republic of China. One villa displays books at that time, another is about the costumes, and one about the projects and buildings. Who could ever thought that the villas I’ve passed back and forth bear so many stories? 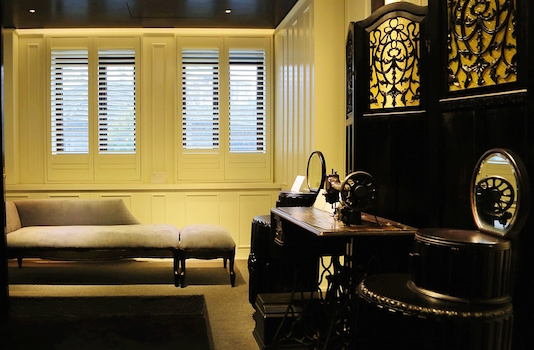 Gavin : Le Siècle in the Mansion is a hundred-year western restaurant, sets in a villa where Mr. Xiong Bin used to live. Who is Xiong Bin? He was the Vice Minister of the Department of Army during the Republic period, and the Mayor of Peking in 1945. The three separated storeys are what I prefer the most, irregular roof, bright skylight... the rich feelings of the Republic time across Le Siècle has took away my breath. 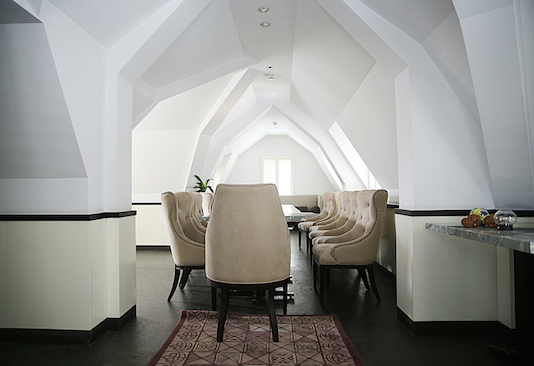 Gavin : Yihe Le siècle hold the Michelin Chef Night every year. And this year, it was Mr. Mauro Colagreco, Michelin Two Stars Chef from Argentina who works in Mirazur, in South of France. The theme of the gala this year was Spanish top ham 5J (for the 5 acorns, the Iberian black pigs are feed with). 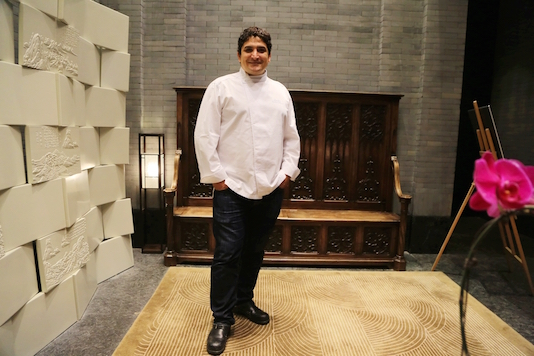 Gavin : Following the theme, the appetizer is farm egg with chopped ham and truffle; the trick lies in slow-stewed, to make the egg glutinous and flexible. Then came cod braised with green beans, adding ham and clam; it was really astonishing association. Yet this is the greatness of this Chef, who can turn the improbable into possible, and the impossible into an exclamation.

« The feelings and styles of the Republic of China here are never distant from us but close and nice. » 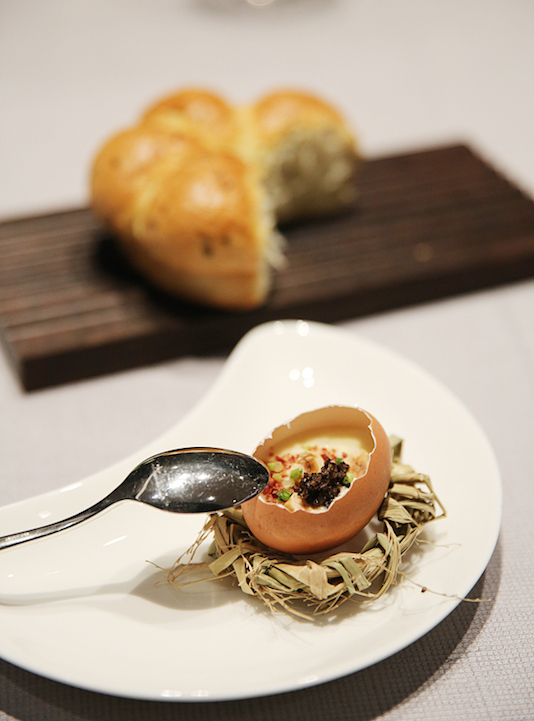 Gavin : Mauro asked me attentively how I feel. Surely the dishes were innovative and delicious. But there is something else called the romantic feelings, I just cannot explain it clearly to Mauro. I guess it would be very difficult to understand such spirit and feelings unless you are a Chinese. 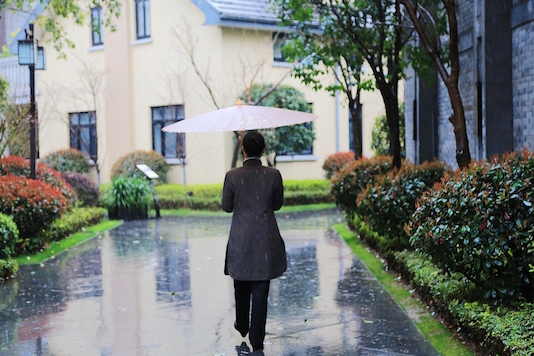 Yibo : A female guest took the oiled paper umbrella in front of my door to pose for photograph. Just like this, the feelings and styles of the Republic of China here are never distant from us but close and nice. Or you could take the white pajama in the Republic style and have a nice dream.