Up the valley from St. Moritz, in the Swiss canton of Graubünden, is the town of Brail, home to the family-run In Lain Hotel Cadonau.

Spencer Bailey is a writer, editor, and journalist. Formerly the editor-in-chief of Surface magazine, he has interviewed many leading architects, artists, designers, and others, including David Adjaye, Tadao Ando, Zaha Hadid, and Frank Gehry.

The sleepy community—I may very well have seen more cows than people there—is the anti-St. Moritz: You won’t find any Chanel, Gucci, or Pucci shops. Actually, you won’t find any shops. No nightclubs, either. Not even a restaurant, other than the one at the hotel. This is Switzerland at its finest. And quietest. 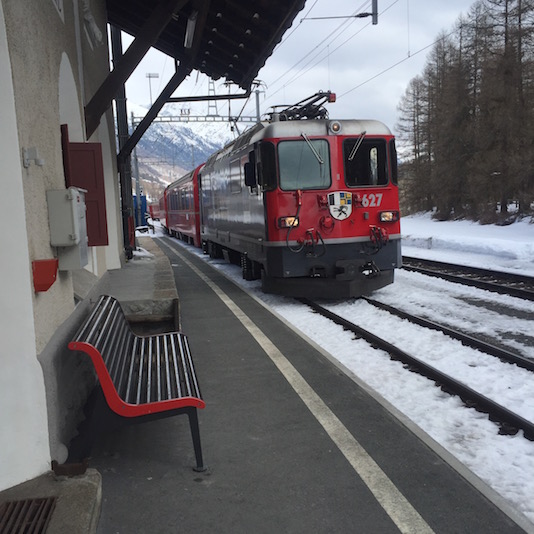 The 14-room hotel is as quaint as it sounds. Its original building is nearly 450 years old, and even with its elegant, tastefully executed 2011 extension, designed by the Chur-based architecture firm Fanzun, it’s charm remains largely intact. There’s a peaceful serenity to its wood-paneled rooms. Brail is not a place of excess, and In Lain Hotel Cadonau is its flagship embodiment. 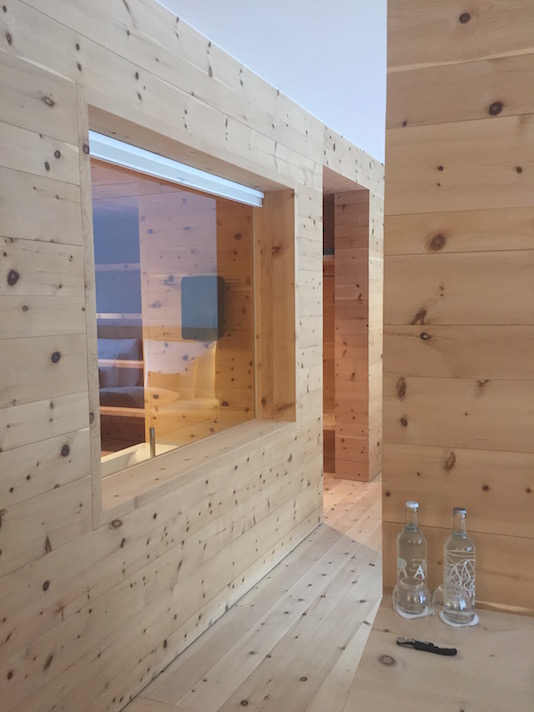 Okay, well, perhaps there’s a little excess, at least when it comes to the hotel’s signature scent of pine, a fragrance so refreshing and strong and pungent that it sticks in your mind even weeks after you stay there. (When you’re away from the hotel, you crave it; when you’re inside, you revel in it.)

For those looking to enjoy St. Moritz’s skiing for a weekend while avoiding the town’s over-the-top party scene, this is a hotel for you. The hotel may only have one room with a spa, but no matter. The entire thing basically feels like a giant spa. You’ll likely leave the place feeling lighter, calmer, happier. 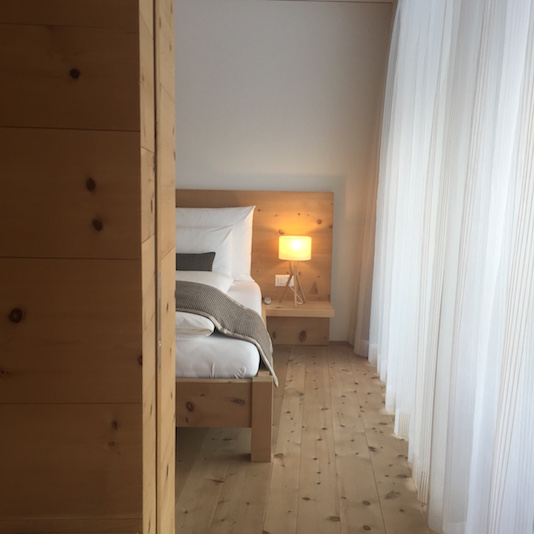 Take a walk on the forest menu

Almost immediately upon arriving for our three-night stay (following a three-hour train ride from Zurich), my friend James and I sat down for perhaps our only excessive excursion while staying in Brail: an eight-course meal by chef Dario Cadonau at the hotel’s restaurant, Vivanda. The menu—which was described by our waiter as, in part, “a trip into the forest”—surprised with each rich dish, both visually and in taste.

Among the offerings we ate were quale breasts, mushroom panna cotta, and Swiss-pine ice cream; parsley-root purée and parsley-root chips; and cheese, lots and lots of cheese. (The restaurant boasts a walk-in, open-air refrigerator full of cheese, and you can take your pick of whatever you want.) 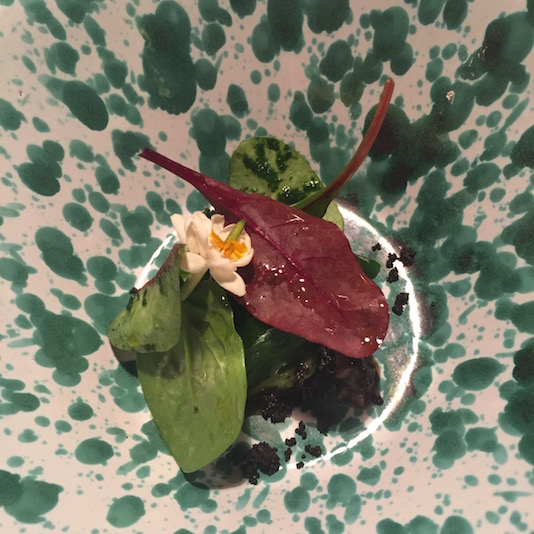 In Lain Hotel Cadonau is a place for sleeping in. After a meal like that, and consuming glass upon glass of wine, it’s hard to wake up at sunrise for a full day of skiing. But with just a 40-minute train ride to St. Moritz, skiing is nearly in your backyard and easy enough to get to for a solid half day. (A trip to this region isn’t about hardcore skiing anyway; it’s largely about escape. And yes, that includes a deep sleep.)

Both days, we slept in, woke up to a buffet breakfast—I ate the muesli each morning; I highly recommend it—and then, once on the slopes, got in about 20 or so runs. We capped the afternoons with a stop at El Paradiso, an on-mountain restaurant, for some meat and beers. (On the second day, we ordered a couple of “St. Moritz Spritzes”—had to!) The hotel itself can be considered an extended après ski, if you prefer one that’s of the more laidback variety. (I certainly do.) 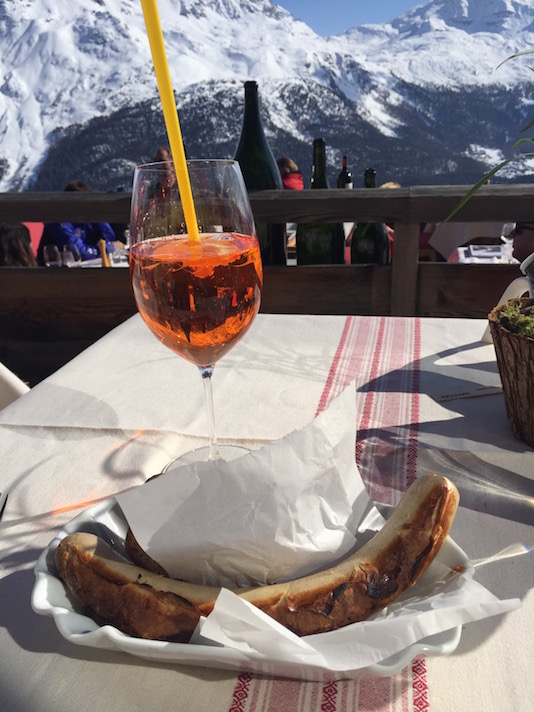 After skiing the first day, we called the hotel ahead and asked for the outdoor wood-fired Jacuzzi to be ready upon our return. (Yes, it’s as good as it sounds.) The second night, we asked for the glass-walled sauna. With down-valley views, it’s definitely among the nicest saunas I’ve ever been inside.

As I sat down with James for our final meal—fondue, of course—I thought to myself, “The tourists staying in St. Moritz don’t know what they’re missing.” In Lain Hotel Cadonau isn’t necessarily the closest option for accommodation in the Engadin valley, but it is, in my mind, definitely the best one. 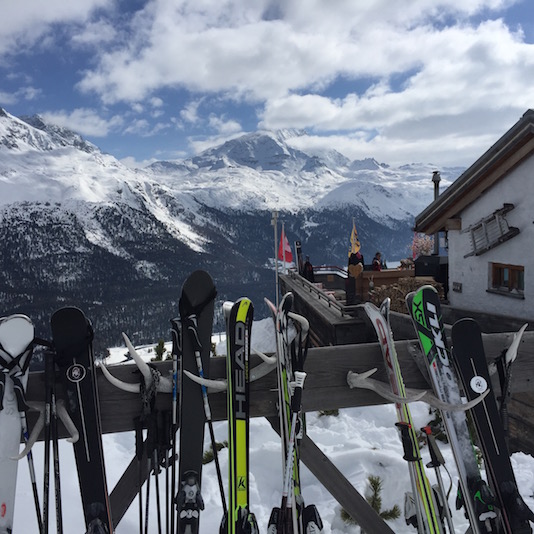