Four cows for every inhabitant. Located an hour's drive west of Dublin, County Laois is prime Irish farming country. Nestled in the heart of rolling fields dotted with farms, lies one of the country's oddest revivals called Ballyfin Demesne.

A LITTLE OVER A DECADE AGO, this stately home and 300 hectares of land tucked away behind gray stone walls was in deplorable condition. An American billionaire (married to an Irish woman!) fell in love with the estate and decided to painstakingly renovate it for a new lease on life as a Relais & Châteaux site. 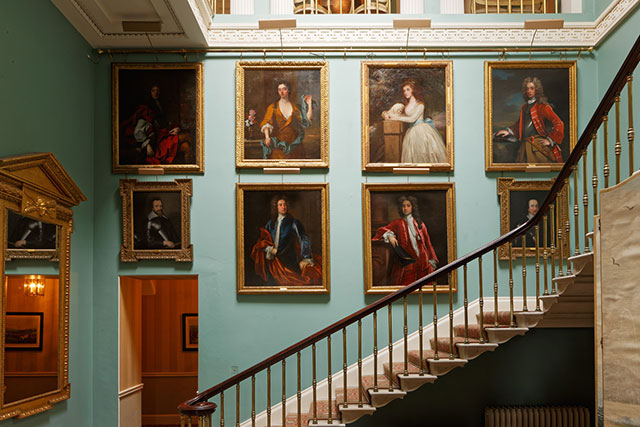 It took over eight years to completely bring it back to its original splendor. Built in 1820 by the influential Coote family, its grand central staircase with pale green walls is lined with their portraits, which were purchased one by one.

“It took over eight years to completely bring it back to its original splendor.” 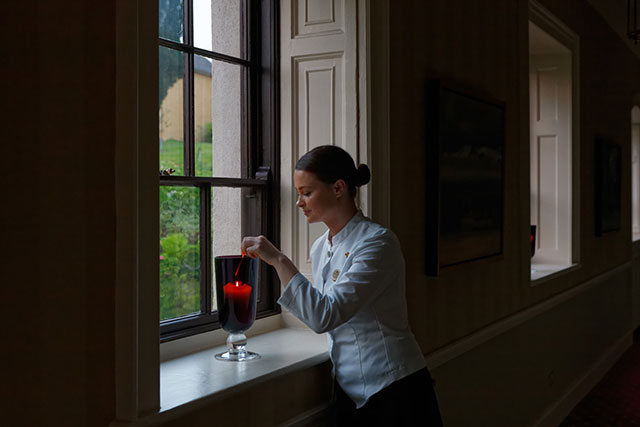 With its six gardeners, eight kitchen staff and a total of almost 60 employees – for just 25 rooms – the level of service here is out of a scene from Downton Abbey. Drawing from impressive wooden buckets with copper handles, the butlers fuel the fireplaces in the spacious suites with peat and logs. Refinished by the same craftsmen who work at Buckingham Palace, the floors in the reception rooms feature inlaid spiral scrolls and rosettes. 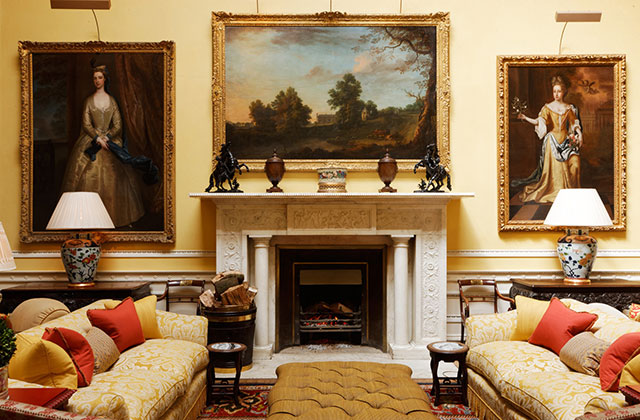 With a four-poster bed, a lamp that belonged to the Queen of Naples, and candleholders in the window corners lit at night, it's like walking onto a film set. Some customers even rummage through the trove of costumes purchased from the Lyric Opera of Chicago. Optional, of course!

“Some customers even rummage through the trove of costumes purchased from the Lyric Opera of Chicago.” 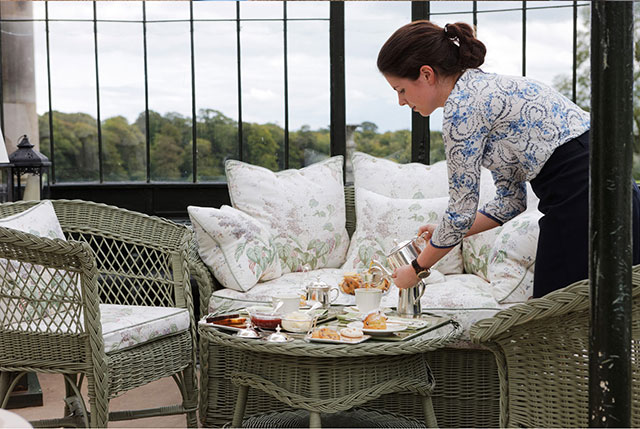 Enjoy some time touring the sprawling grounds on one of the bicycles or golf carts provided for guests. Have a picnic under the hilltop tower, stroll through the kitchen gardens or take a spin around the lake and then come back for a traditional afternoon tea in the winter garden. 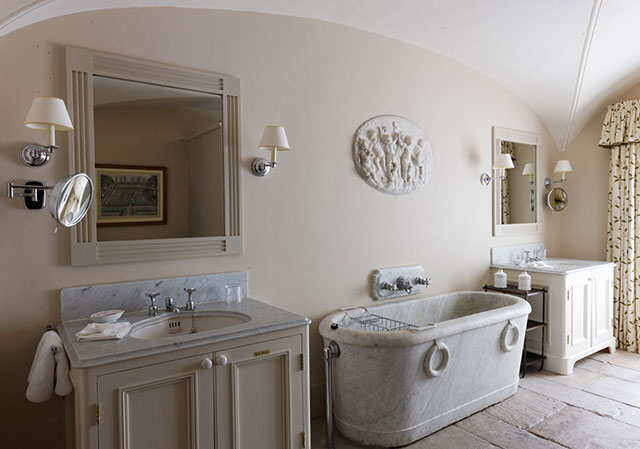 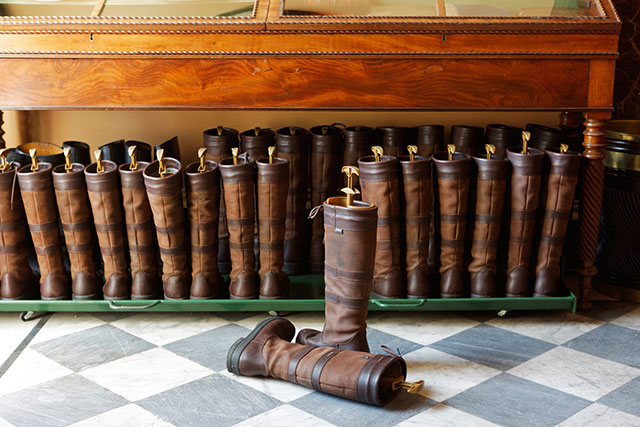 Everyone knows it can rain quite a bit on the Emerald Isle, so for those who prefer walking there are 18 pairs of boots to use in the entrance hall. Guaranteed to carry your size.

“There are 18 pairs of boots to use in the entrance hall.” 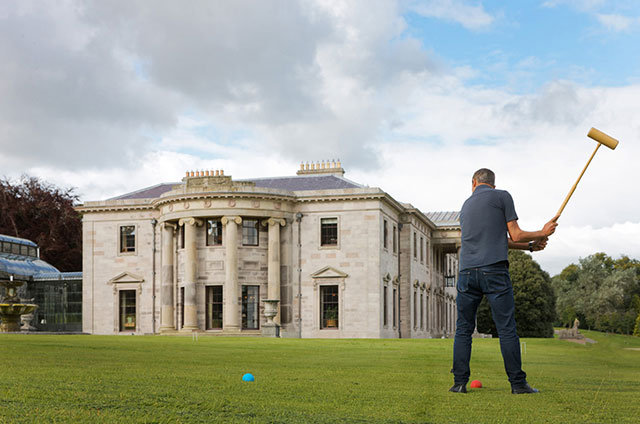 Without even leaving Ballyfin Demense, why not go trout fishing, take a tour in a vintage car or play a game of croquet – even if you don't really know the rules? 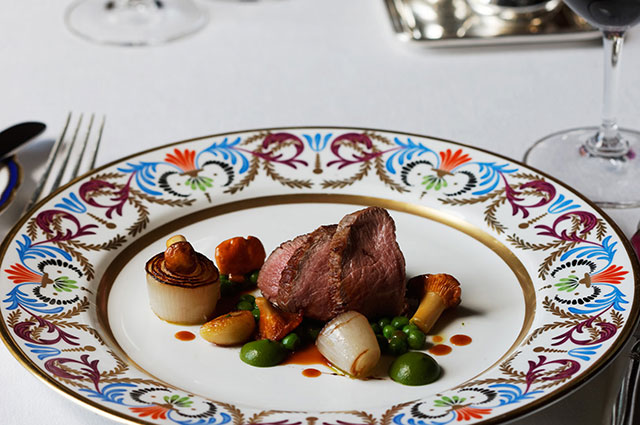 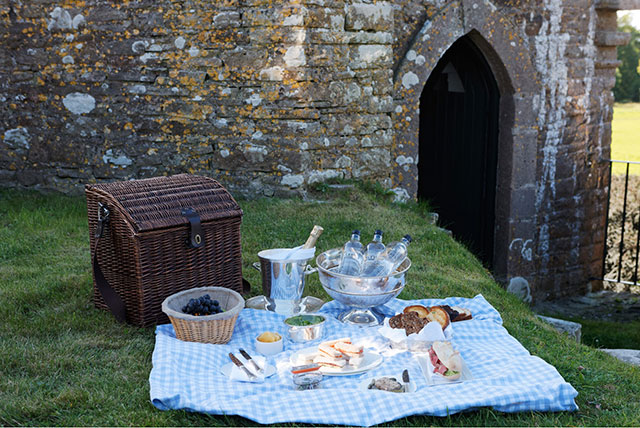 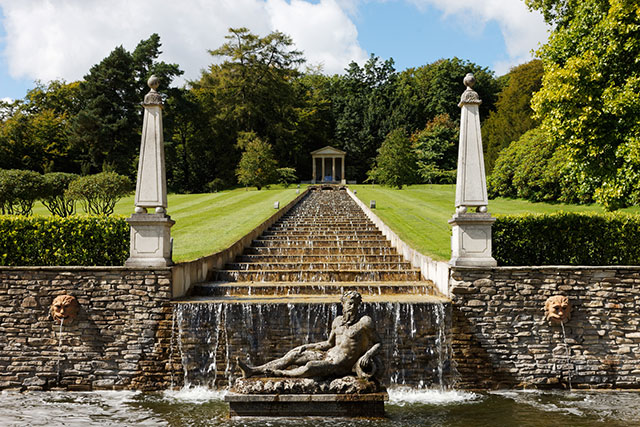 In a famous 1950s song, French actor André Bourvil said, “You will never see an orange tree on Irish land.” While it's true there are no orange trees on the Ballyfin grounds, there are so many other delightful sights to see...

A few steps from Ballyfin…
Alan Meredith: The Wood Man 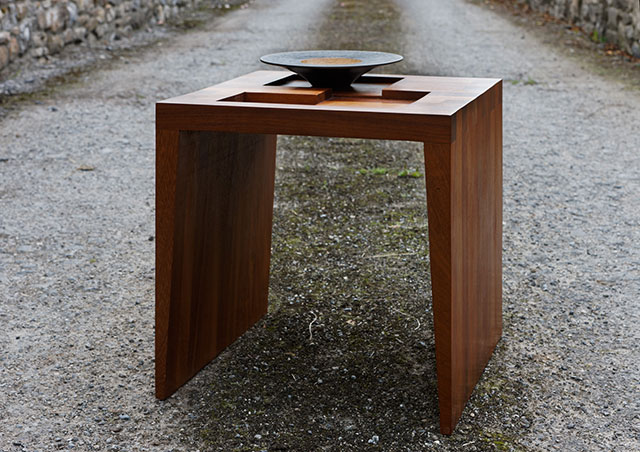 The Emerald Isle declared 2015 the Irish Year of Design. A whole host of exhibitions and conferences are planned, but the best way to discover today's budding talents is to start by touring artist studios. 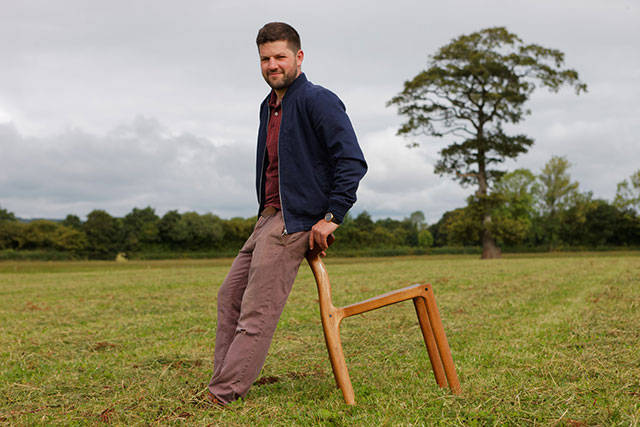 Alan Meredith is a young 24-year-old designer fresh out of architecture school who set up shop in an old stable on the family farm located a few kilometers from the quaint town of Mountmelick. 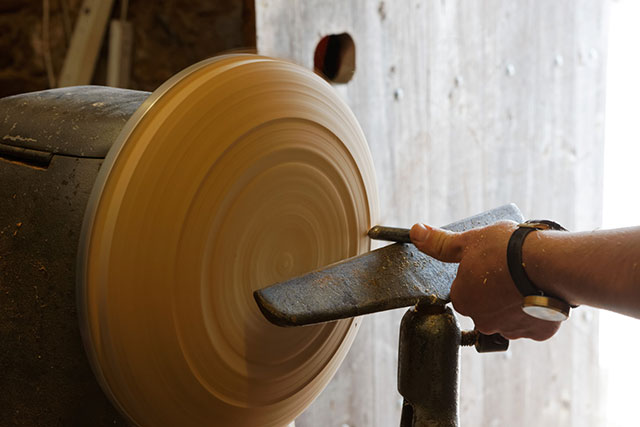 "Living in the country is a plus for me," he says. "Like a butcher chooses his cattle live, I know every tree I use to make my furniture or turn my wooden pieces." Alan won his first contest with lamps he designed at the age of 17 and has since been showing his work in galleries from London and Dublin to Chicago, Beijing and New York. 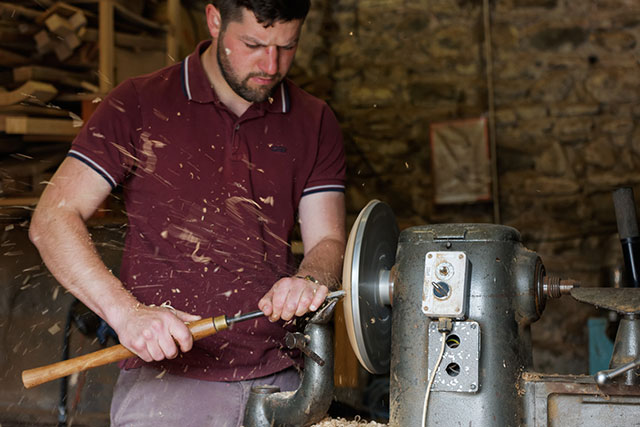 "Going to architecture school had a big influence on how I design furniture" he explains, rubbing the back of his bestselling Oak Chair, which looks like something famed Catalan designer Antonio Gaudi would have made. 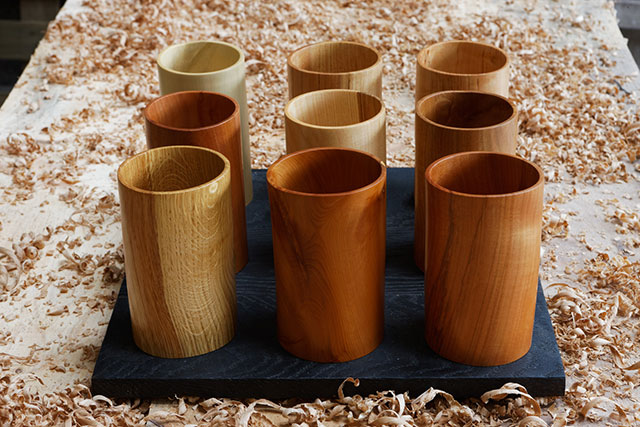 While oak is his favorite type of wood, he does branch out quite a bit. Just take a look at his set of nine tall vessels. "Each one was made from a different species of wood... all of them Irish!" he adds with a touch of pride.