Spain resonates beauty in the chorus of its landscapes, its arts and its gourmet delicacies. It is a sensorial voyage that touches all five senses. 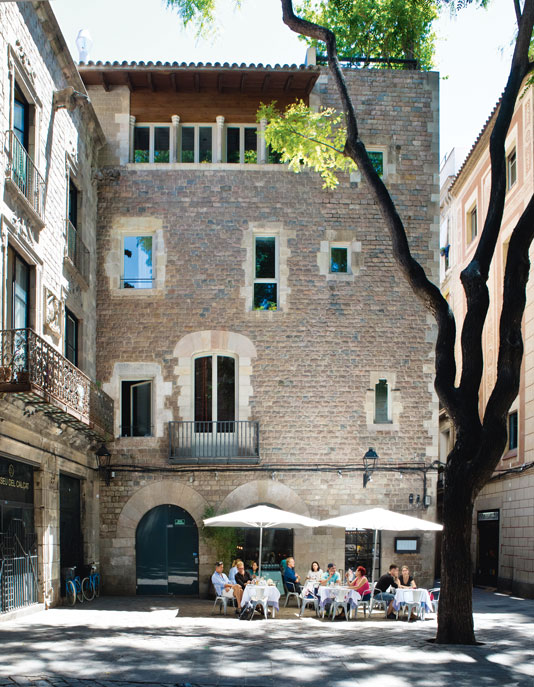 Beginning the journey by crossing the Iberian Peninsula via the city of Barcelona is an excellent way to become immersed in this sensorial universe. The Gothic Quarter, once the medieval Jewish quarter, unveils thousands of hidden gems to those who let the whimsey of their desires guide them through its small streets. Minutes from the cathedral, Hotel Neri appears nestled in a 12th-century building.

Its restaurant opens out onto a little square so serene it seems as if it’s been reserved expressly for us. This is where we take our lunch, gazing upon the façade of the church of San Felip Neri, where Gaudí came to pray each day. Next, we head to Palacio Güell, the second house built by Gaudí, whose tiny details create bewitching chiaroscuro effects. Emerging from the architectural masterpiece’s spell, we feel at a loss for what to do next. Should we continue down the paseo along boulevard Passeig de Gràcia in search of other houses by Gaudí, like Casa Milà, nicknamed “La Pedrera”, or Casa Batlló; or wander around the rapidly changing El Raval neighbourhood to visit the Centre de Cultura Contemporània de Barcelona? The choices seem endless. 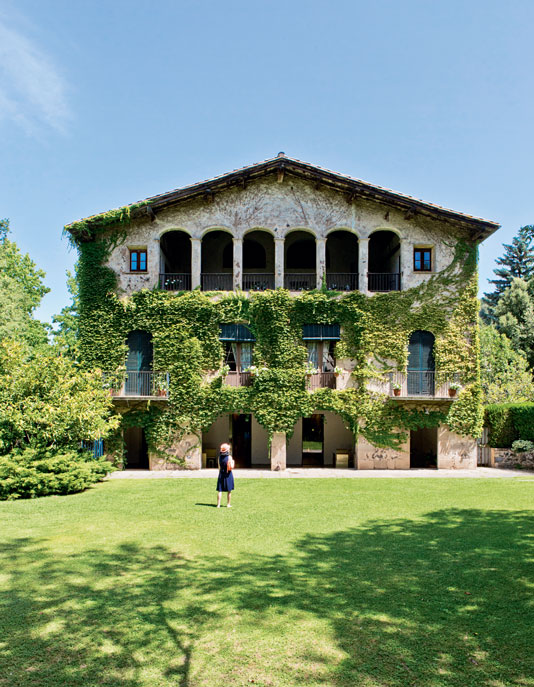 For our third day, we follow the coastline, taking a national road whose stunning views of the sea accompany us until we reach the region of Valence. 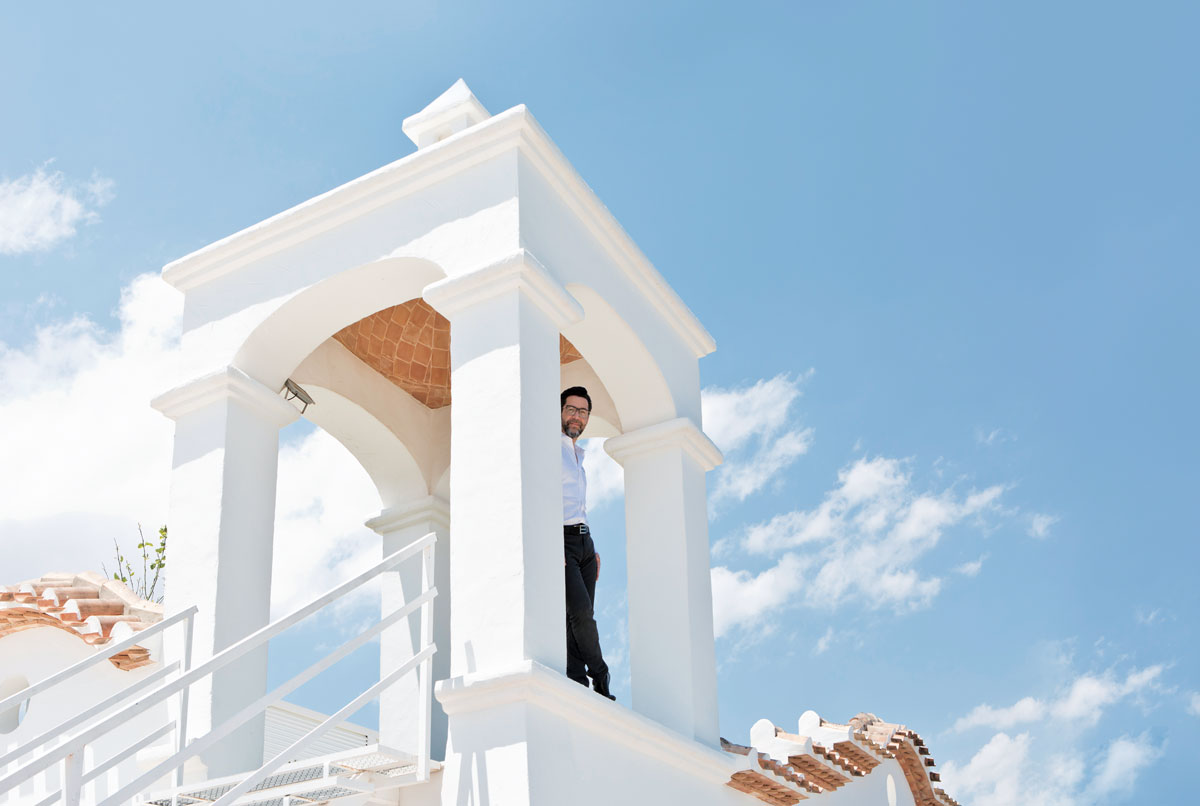 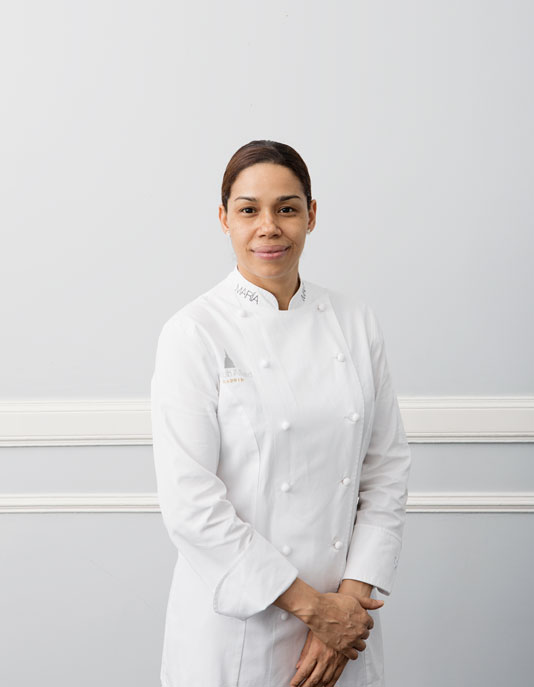 From Valence, a comfortable train takes us to Madrid in less than two hours. When evening comes, we head to Club Allard, where chef Maria Marte proposes a cuisine that is tantamount to a voyage. Originally from the Dominican Republic, she hopes to offer a change of scenery through her cuisine. The destination is not necessary the island of her birth, instead the myriad of ingredients and techniques lead each and everyone to find their own.

“I am trying to develop the broadest palette of greens, it’s like a sort of yearning for my native island.” 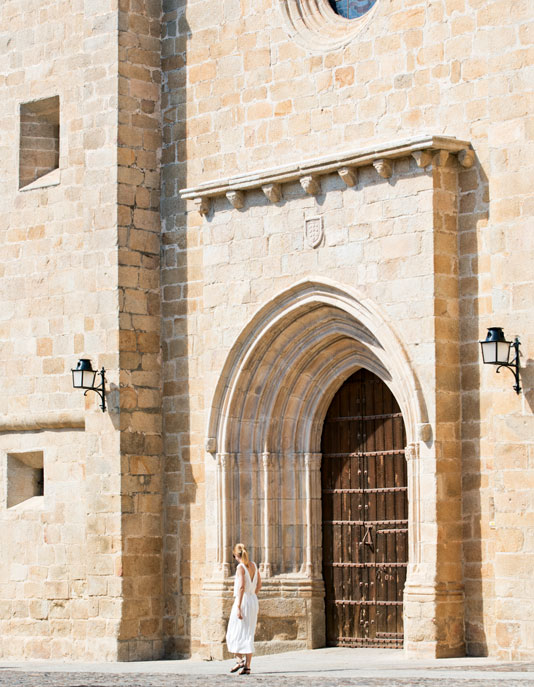 Approaching Extremadura, we skirt along the region of holm oaks whose acorns are the delights of Iberian pigs. We arrive in Cáceres to find restaurant Atrio. Here, Toño Perez and José Polo have created a place unlike any other.

How could anyone not be enchanted standing before this wonder of contemporary architecture that rises out of the centre of this historic city as if out of nowhere? Even its immense circular underground cellar, with some 4,000 references and 45,000 bottles from 26 countries or more, conveys a decor of sharp aesthetics and rare coherence. We later discover that city holds yet another surprise. The Helga de Alvear Foundation Visual Arts Centre has been built here to house the most important private collection of contemporary art in Spain.

In the evening we dedicate ourselves to experiencing the pairings between the culinary delights of Toño and José’s collection of wines. The play on flavours, in all their subtlety, glide rom dish to dish. First, a touch of acidity delicately reveals itself, followed by a pinch of umami, which is gradually increased until it peaks in a dish of tuna and Iberian pork cheek — a marriage of the land and the sea favoured by the chef and his signature dish — before continuing onto another transition, an elaborate cheeseboard for dessert. This is a cuisine that matures and improves over time.

They confide in us that at their age they see themselves in much the same way — as bearers of a cultural heritage. They dream of endowing the city with a small opera house, organising a music festival and much more. As long as they are in Cáceres, the city will continue to breathe their organic art de vivre. 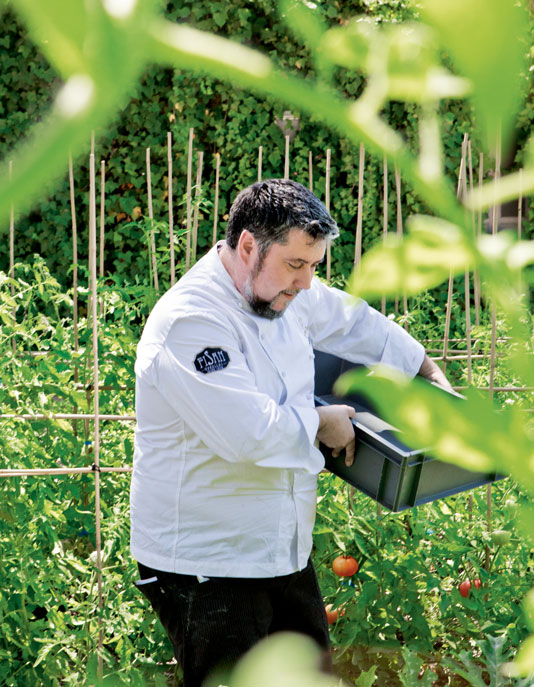 Before returning to the big city, we have one more stop we can’t miss. Halfway between Cáceres and Madrid, an hour and a half by car, 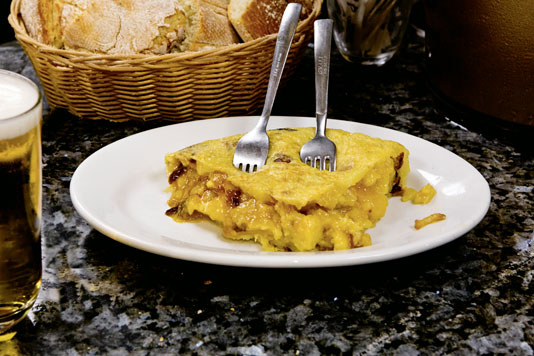 Returning to Madrid, we arrive at Hotel Orfila.This charming hotel offers a faithful image of the city. The owner, a collector of antiques, has installed a part of his collection in the hotel: tables, lamps, paintings, along with a collection of vintage scarves protected by glass. 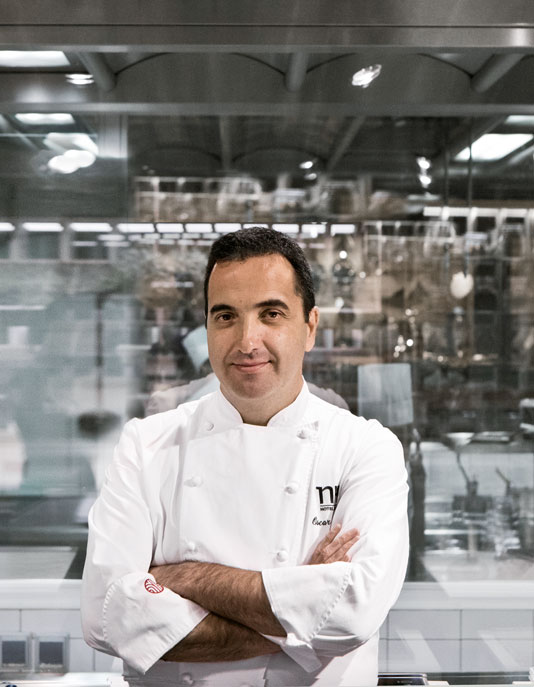 Already anticipating the nostalgia of all the savoury pleasures we have consumed, as we’re now well seasoned connoisseurs of Spain’s culinary delights, we decide to have our last lunch at Santceloni.

But that said, this isn’t a chef who simply fades into the Iberian Peninsula’s rich gastronomic culture. His dish of slow-braised lamb with black garlic and hazelnuts immediately evokes the mountains of Segovia, his homeland.The final touch at this restaurant is the cheese ritual, and it should not be missed for any reason. We are literally encircled by two enormous platters bearing sixty cheeses from various countries.

Waiting for our return flight, we can still feel the heat. It’s the type of heat that, no matter the season, reheats the soul, touching our inner depths. It fills us with the memories of every place we’ve visited, recalled through each of their own unique universes, distinct, 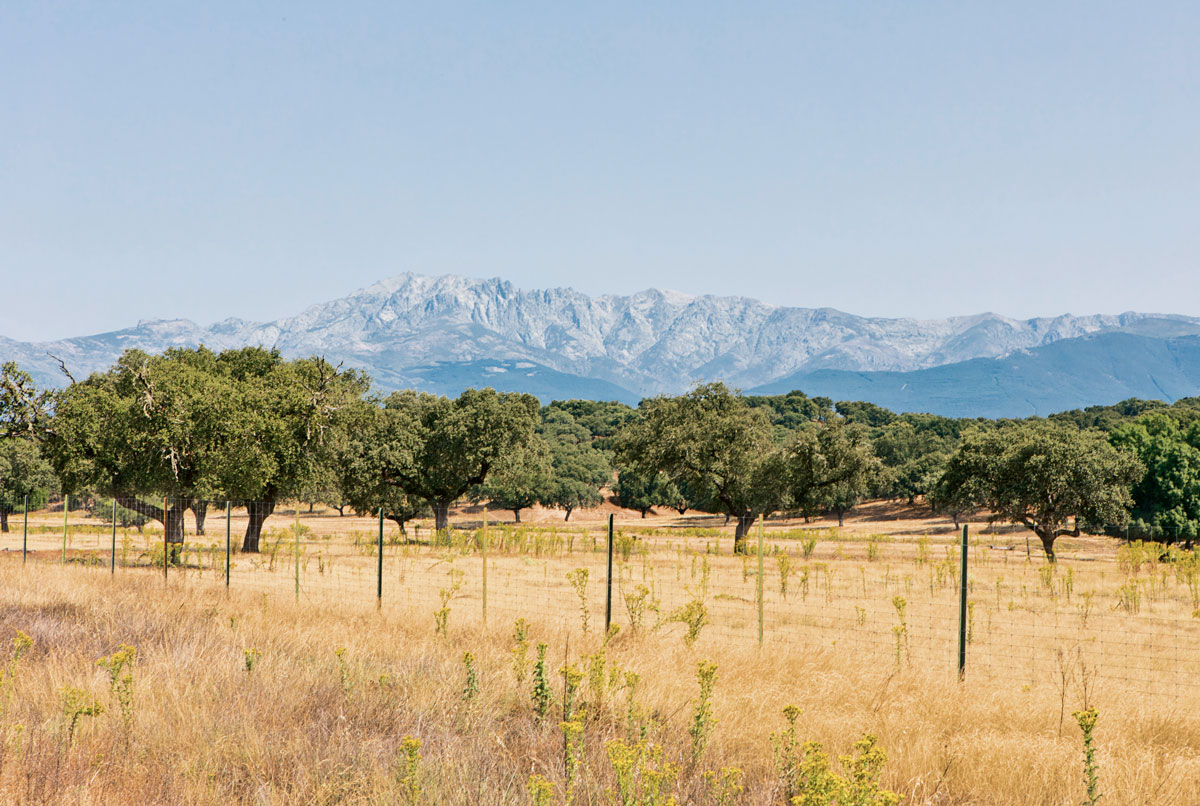