Here is a destination where the adventure begins with a running start. Beaches, tropical forests, and the wave of azure of Latin America’s “Switzerland” quickly reveal themselves. It is here that Nayara Springs is located, a unique address combining papaya, excellence and reconciliation with nature.

Noah might very well have chosen Costa Rica for his ark

This country is an enigma. You almost want to hide it away for yourself. To slip it under your jacket and place a finger up to your lips: shhh, don’t say a word, just listen. It is nearly silent, bathed in scents of chlorophyll, eucalyptus, menthol. It leaves it the others to speak. The birds(915 species). The rustling plants (10,000),the orchids (1,600). The gliding flight of butterflies (15,000 or 7,000 according to the prefecture). The insects on patrol (34,000). The croaking amphibians (160). Everywhere, something is stirring: fish, mammals, large leaves... If it had not landed on Mount Ararat in Armenia, Noah’s Ark would surely have found a home in Costa Rica. Without question, it would be due to the bounty of soul found in this country located on the isthmus linking North and South America, between the Pacific and the Atlantic. And yet, Costa Rica still had to be reckless and confident to suppress its army (1948), declare itself neutral and send the tanks, helmets, rifles and bombs packing. That should make you feel good. But let us move on to a lighter subject and concentrate on its true nature.

Nature precisely. It’s the one with the power. Sometimes, it even pulls the strings, pushing successive governments to share its teachings with the entire planet. It’s quite simple, nature is seen here as a source of pride, a national monument. So we protect it. We let it heat the water, accelerate the turbines of the dams, mature the compost. One hundred per cent of the country’s energy is renewable; no coal or oil. Nature can thus be seen in the twenty- six national parks, nine ecological reserves, thirty national wildlife reserves, twelve forest reserves... And with a glimmering wink of the eye: the closing of zoos and the release of 400 animals.

Nothing more volatile than travel

But we must return to reality for a moment. How many paradises lost, how many butterflies gone? Nothing is more distressing than finding oneself in a bottleneck of tourists at the edge of a suspension bridge, caught between a gaggle of groups or the Instagrammers of hairy spiders. The world can be cruel. You dreamed of walking in solitude, like Caspar David Friedrich’s Wanderer Above the Sea of Fog (1818), overlooking the world and the ants. You imagined sailing up the river, like Conrad’s Marlow, in the forest. There’s nothing more volatile than a voyage. A sneeze and a bang, the romantic vagabond who’s been sleeping inside you wakes with a startle, frozen like in a painting by Henri “Le Douanier” Rousseau, staring back with a look both naïve and raw. The little Babar in you emerges for a moment. As such, it may be far more laudable to return to earth, to leave the leafy vapours and to find comprehensive hospitality. There are few who succeed in returning to such a world like this, one of kindness and civility, discretion and service. But here, you now find yourself at the foot of the Arenal Volcano, in the northern cordilleras. The volcano’s perfect form is intriguing. A flawless cone. It sleeps with only one eye open. The clouds that pass regularly come to wrap a collar around it, worried about its health. But it hasn’t sneezed in ten years. It lets mother earth sink at its feet, as if she no longer deserves its tantrums and sudden coughs. There is a reconciliation lurking in the valley. Like a pact with the gods.

Travel confuses with its strangeness

We can now see that Costa Rica is far from being a harmless country. It’s not just the dream destination that ecologists want it to be. Costa Rica has its feet firmly on the ground. Through its education, health and environmental protection policies, it has been ranked first worldwide on the Happy Planet Index since 2009 and was fifth on the Environmental Performance Index in 2012. A recent study showed that according to the Gender Inequality Index, Costa Rica is the most egalitarian country in Latin America with a high level of human development. Over eighty per cent of the population lives above the poverty line, the literacy rate is close to one hundred per cent. Travel often puts us off centre. It riles us with its strangeness and we return home both satiated and unfulfilled. Is it because we don’t know how to welcome it?

"I think, that we must be in harmony with our actions. Respecting nature also means being consistent from the start of breakfast to when employees return home to the neighbouring town. Our strength and our serenity, we find them being one with ourselves."

Fortunately at Nayara Springs, an ever-so-slight string manages to pull us towards another quest. Rest and peace, serenity that the body can accept. From the morning, surrounded by birdsong, the gentle sway of tropical plants, yoga classes and meditation push us to leave our roles as babbling tourists walking in a haze of neurasthenia and credit cards. Only a tiny step need be taken. Listen to nature’s lessons, its light yet profound resolutions. Better food, but less. Breathe better, breathe slower. Shed your old skin. Go under an invisible shower and come back a little newer, a little less sardonic and vaguely happier. A trip to Costa Rica, and especially in these types of establishments who approach travel with a rational philosophy, participates in these fundamental experiences. It then becomes almost like a game. What is light? How do we think about it? The sun here is fascinating in the way it strikes. It plays with the sky. It blinds, obscures the shadows. It, too, leads us  to something new. These revived reverberations are like a ramp. Don’t let go. They could lead you to Saint Thomas Aquinas when he said the “excess of delectable light” now that is paradise. Sometimes they even make things so clear that you can’t see anything anymore... Don’t worry, we won’t find you in San José Airport dressed in a toga and carrying a lantern. Stays in Costa Rica do not result in pure illumination. The country knows how to keep it simple, even prosaic. 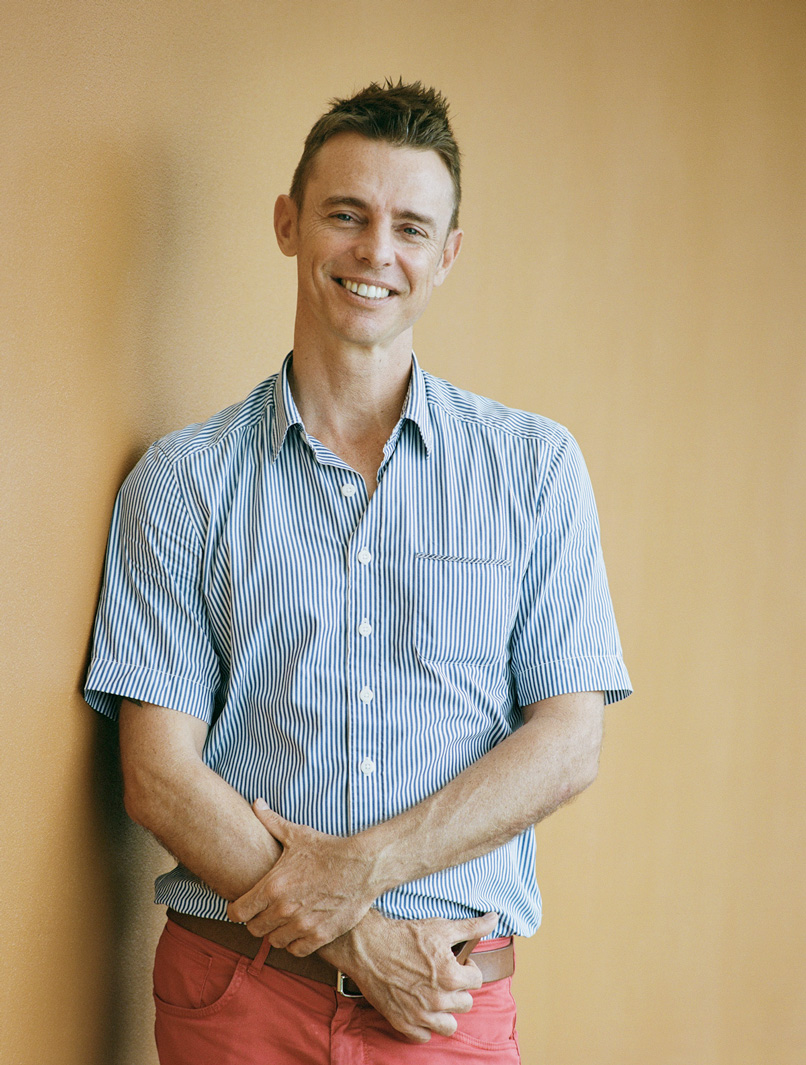 « Seven years ago, Nayara Springs was just a small hotel. Today, it is recognised as the top retreat in Central America with exceptional satisfaction ratings. This has all been accomplished not because of its surface area, but by behaving honestly with the staff, offering them more than decent wages and being open to giving them positions of responsibility. Almost all of them are from La Fortuna, the neighbouring town. That is why, for these 300 people, we also participate in local canteens, schools and foundations. Along the same lines, our approach to the environment is to respect it, to recycle water, to not use chemicals, to be self-sufficient with renewable energy. We buy locally to support the local economy. As a result, those who work here are happy and, as part of this virtuous circle, customers benefit and reward us with their loyalty and praise. »