For the Japanese, visiting Kobe means living anew the first encounters with Westerners in the 19th century, symbolized by historical monuments that witnessed their presence in the past. In this city of European flavor, Chef Yamaguchi has designed a French-style auberge.

Opening a French restaurant in Kobe has a special meaning: It implies accepting the weight of history, as in the case of the French concession in Shanghai.

In the historic district, at the “H” restaurant in the Kitano Hotel, Executive Chef Hiroshi Yamaguchi has preserved the signature dishes of his master, Bernard Loiseau, such as frogs’ legs with garlic purée and parsley jus, or the Rose des Sables dessert. In the “Y” bistro of the same hotel, he also serves history-steeped dishes that the Japanese hold dear, recipes that came to Japan in the late 19th century.

But that doesn’t mean he limits his role to being tradition’s fierce guardian. At dinner, from the amuse-bouches to the starter, ingredient combinations and gustatory designs lead the way, guiding even aficionados to the structurally complex main course, such as the tachiuo, a fish dish with sea ​​urchin and soy milk, having a creamy maritime character that is slightly enhanced by vanilla, with sudachi citrus giving the whole ensemble greater balance. Or a knuckle cooked for five days at low temperature, needing no sauce but oozing remarkable masculine sensuality. The chef clearly intends to show the depth and breadth of French gastronomy to everyone, from beginners to gourmets, step by step, without compromising pleasure in the least. 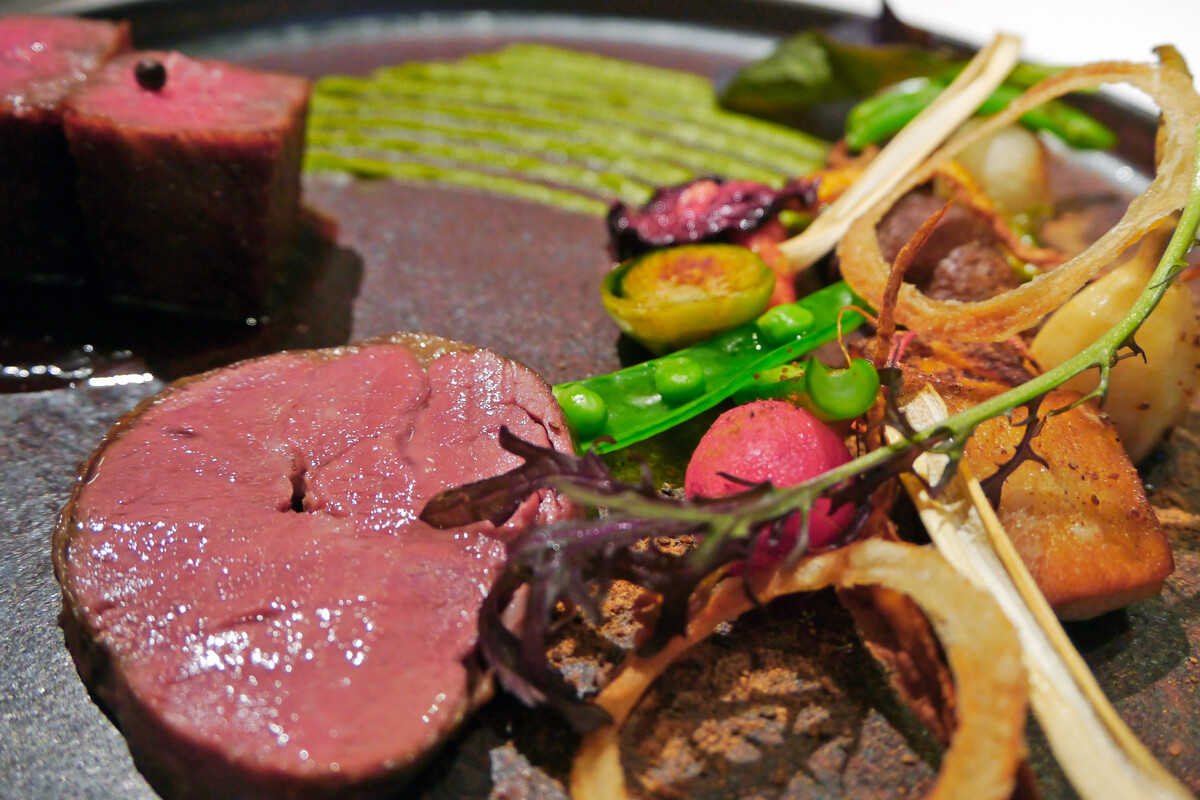 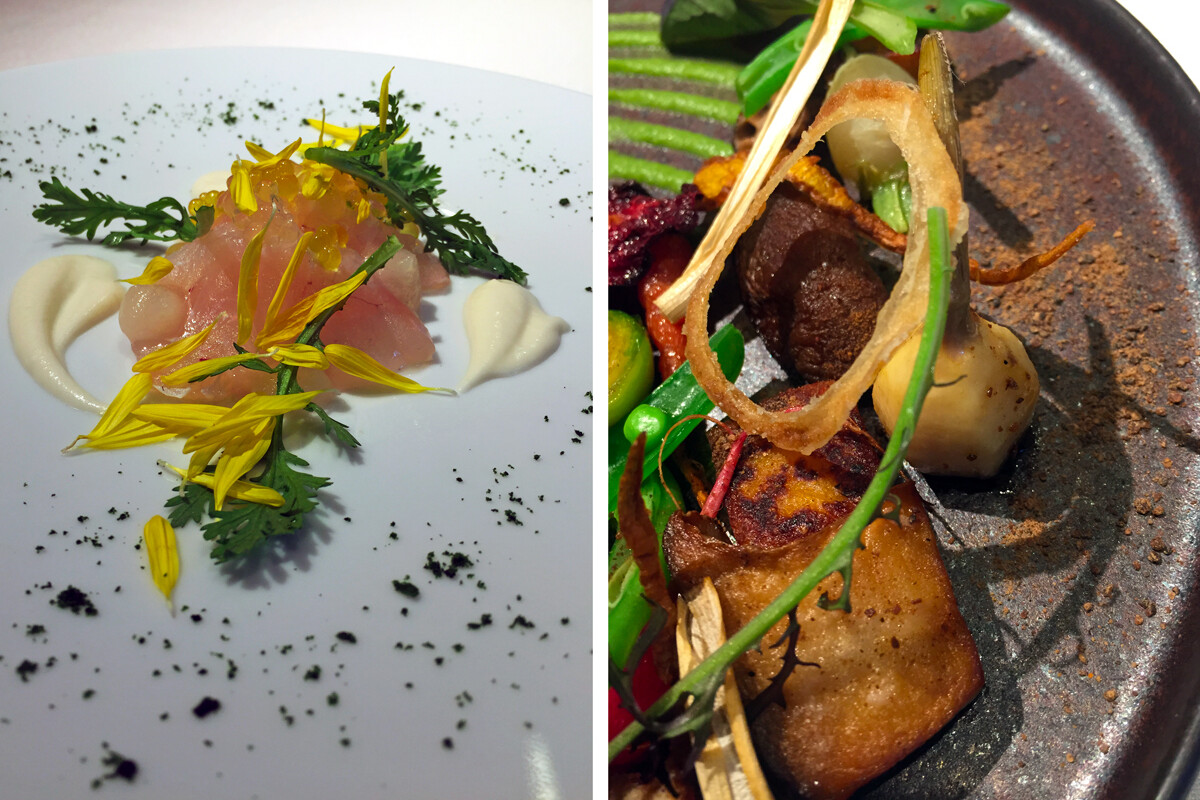 This objective is also clear in his masterful published work on French gastronomy. When it was first released, his colleagues were amazed by how generously he shared his wisdom, as all the techniques are described in great detail. To this Chef Yamaguchi replies, “I have also written this book for the young chefs who work with us, so that they always have it within reach.” How does one convey a taste from afar and pass on an artistic inheritance? This is the quest that drives him to this day. 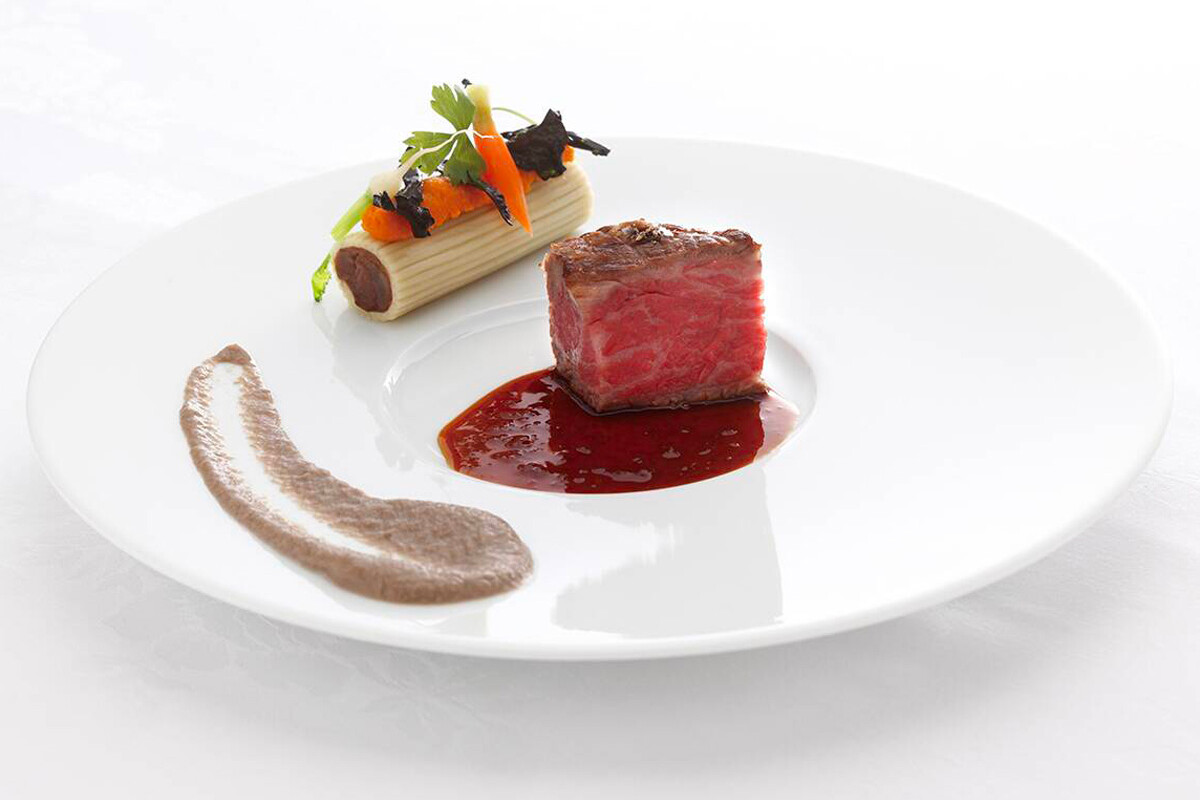 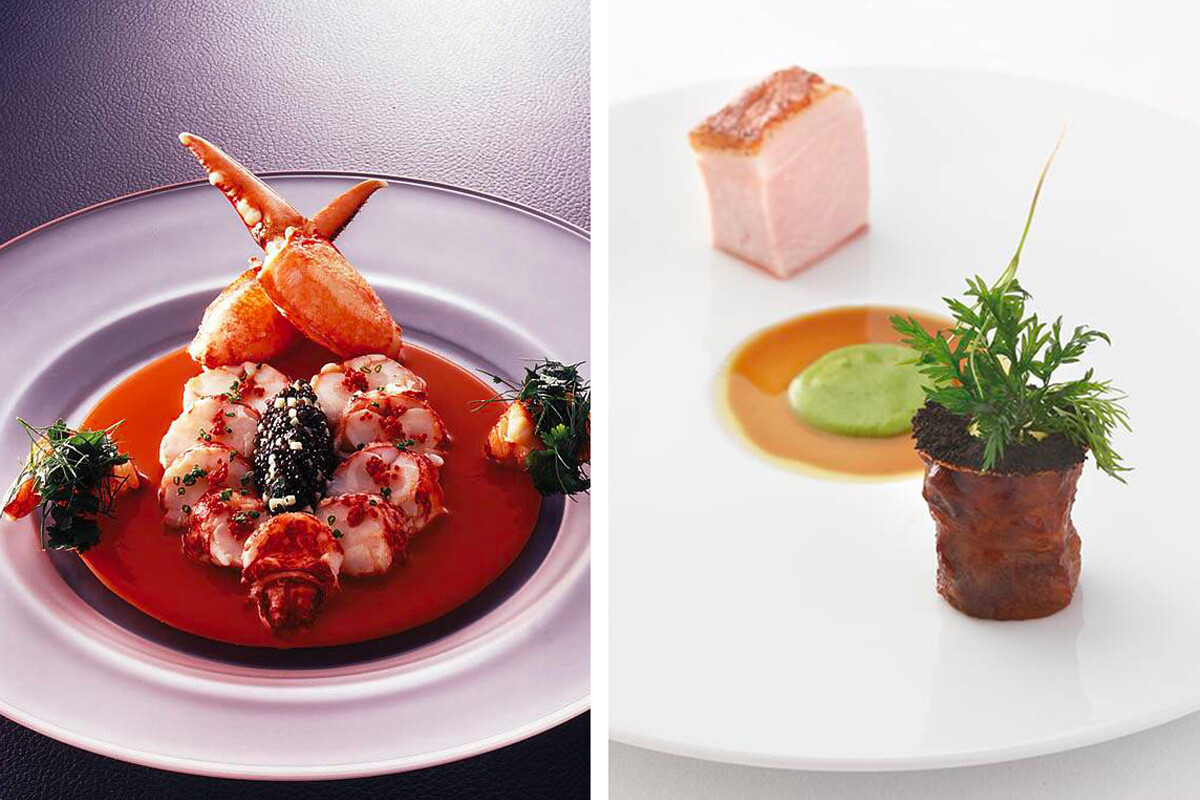 Come morning, at a breakfast in the late Loiseau style he inherited, every detail demonstrates as effectively as the dinner the profound understanding the city of Kobe has for Western cuisine. The croissant, feather-light and flavorful, recalls the unmistakable taste of the butter we enjoyed the day before, the meltingly tender texture of a ham rind that is more than on a par with its Parisian cousins. This is when we come to comprehend the magnitude of the undertaking Chef Yamaguchi has embraced, seeking to convey the true meaning of the auberge he came to know in France. It is also obvious that, while opening a French restaurant in Kobe may be a tremendous challenge for a chef, he can also celebrate the exacting tastes of the gourmet connoisseurs in this city, whose demands are ever raising the bar. 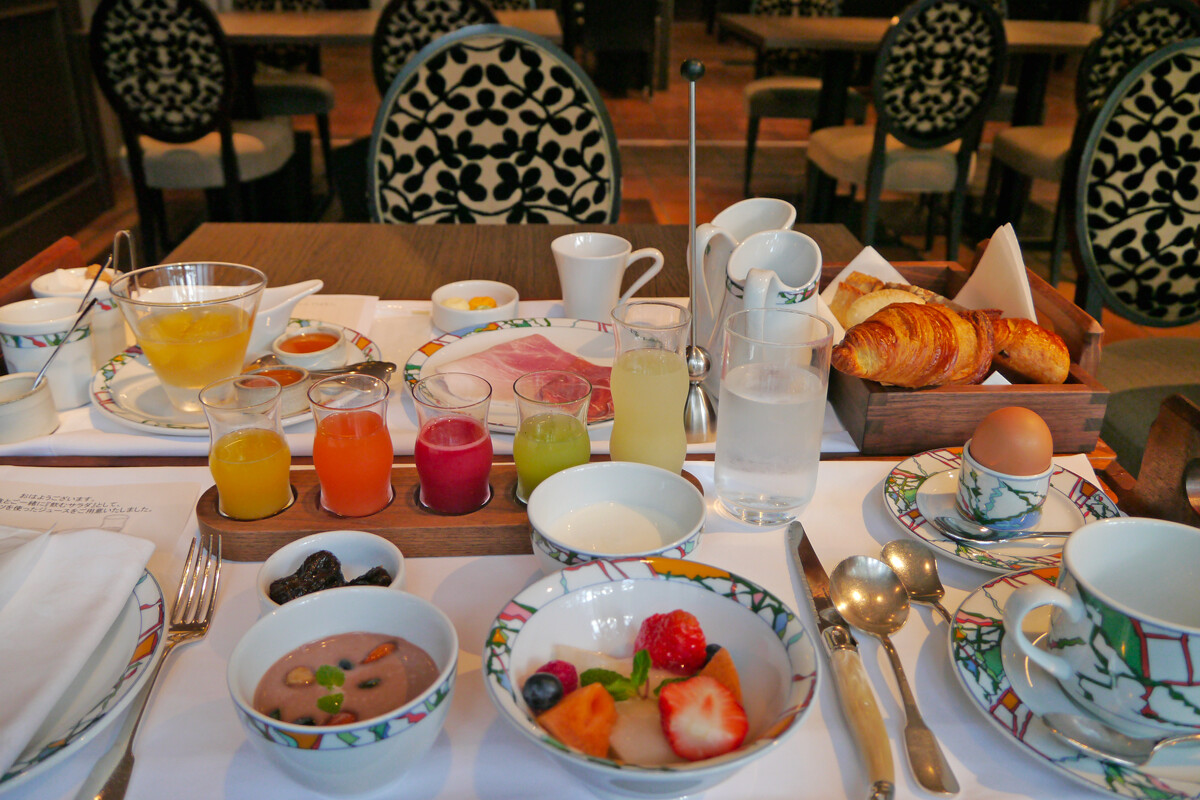 Fans of French cuisine are now rushing to Parisian restaurants run by young Japanese chefs. Many predecessors paved the way for the rise of this phenomenon in France, and Yamaguchi carries in his veins the lineage of those who trained in the Escoffier legacy, the glory days of the 1980s, and the path he forged, which he continues to tread today.