For three entire weeks, the Tour de France’s cyclists will be zipping through some of France’s most spectacular countryside, inspiring travelers to flock there. If that sounds like an adventure you’re ready to embark on, then make sure these 10 handpicked hotels and restaurants are on your list.

The stage: Our first stop is champagne country, close to the town of Epernay, with its 68 miles of wine cellars. A smattering of flower-filled villages hides among the rolling vineyards, like Vinay-en-Champagne, where you’ll find the charming hotel La Briqueterie.

The property: This old brickworks factory was transformed into a five-star hotel and Michelin-starred restaurant in the 70’s. It comes with three hectares of manicured gardens, a lavish Cinq Mondes spa, and even has its own helipad for those fleeting guests who prefer to leave their bikes behind. 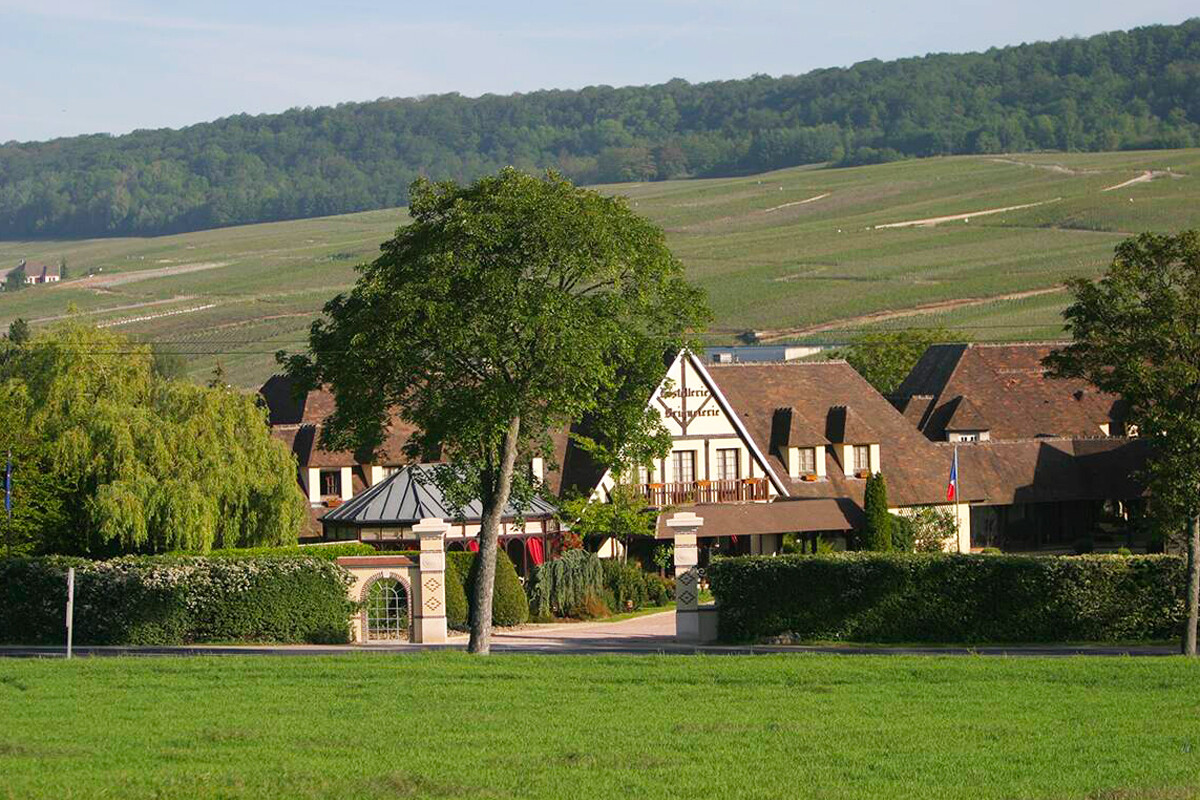 The stage: The cyclists will ride through the 18th-century city of Nancy on the third day of the Tour de France. Known for its late baroque and art nouveau landmarks like its central squares and museums, the former capital of the dukes of Lorraine (the region), is worth the detour.

The property: A storybook chateau with a pointed gray roof and ivy-clad stone walls, this 18th-century abode is surrounded by wild gardens of full-bodied fruit trees leaning into the sunshine. As well as the picturesque setting, the Michelin-star restaurant is also a highlight for locals, who come from across the area. 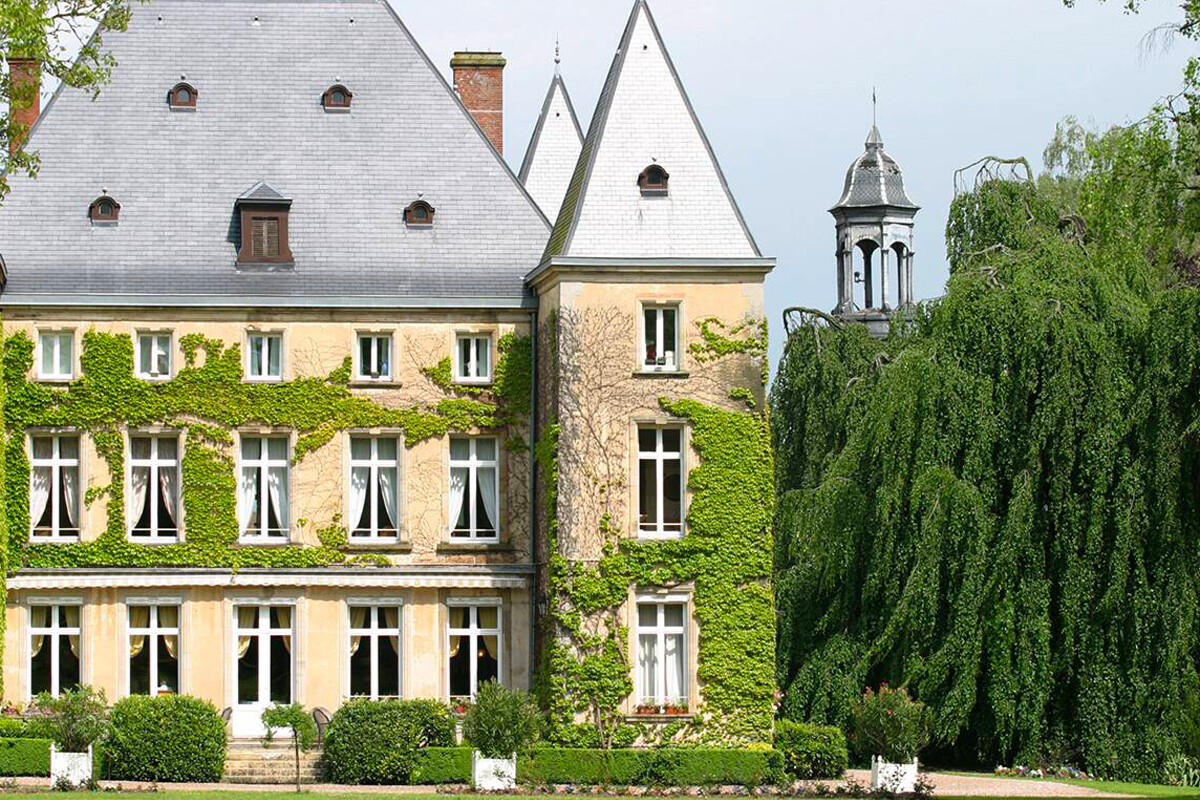 The stage: Colmar, one of those achingly pretty towns, sets the bar high very early on in the race, on Day Four. With its colorful, higgledy-piggledy, half-timbered houses and stone bridges straddling flower-lined canals, this medieval town close to the German border is one the country’s most beautiful spots.

The property: Le Chambard is the place to set down your bags. Slotted between vineyards, this auberge with a spa,swimming pool and three restaurants, including a two-Michelin-star spot all run by chef Olivier Nasti, provide an essential lesson in Alsatian gastronomy and living. 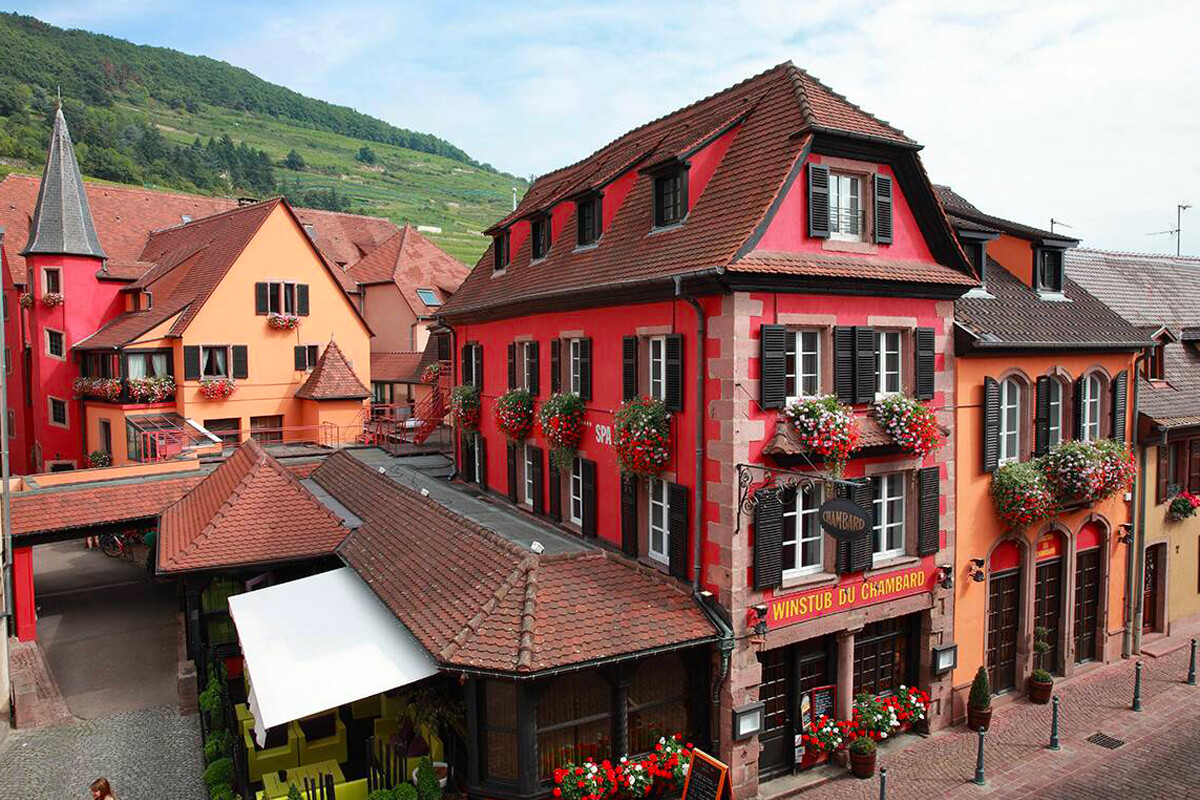 The stage: As the race unfolds, cyclists will reach the eastern Roman town of Chalon-sur-Saône, nestled on the banks of the River Saône, on Day 6. The main square here teems with locals soaking up the sunshine on café terraces.

The property: However, gastronomes will find that the town’s top draw is Chef Eric Pras’ three-Michelin-star restaurant at Maison Lameloise, where he rustles up local, traditional-meets-modern Burgundy cuisine. A handful of comfortable rooms for diners who want to stay onsite occupy part of the former coach inn. 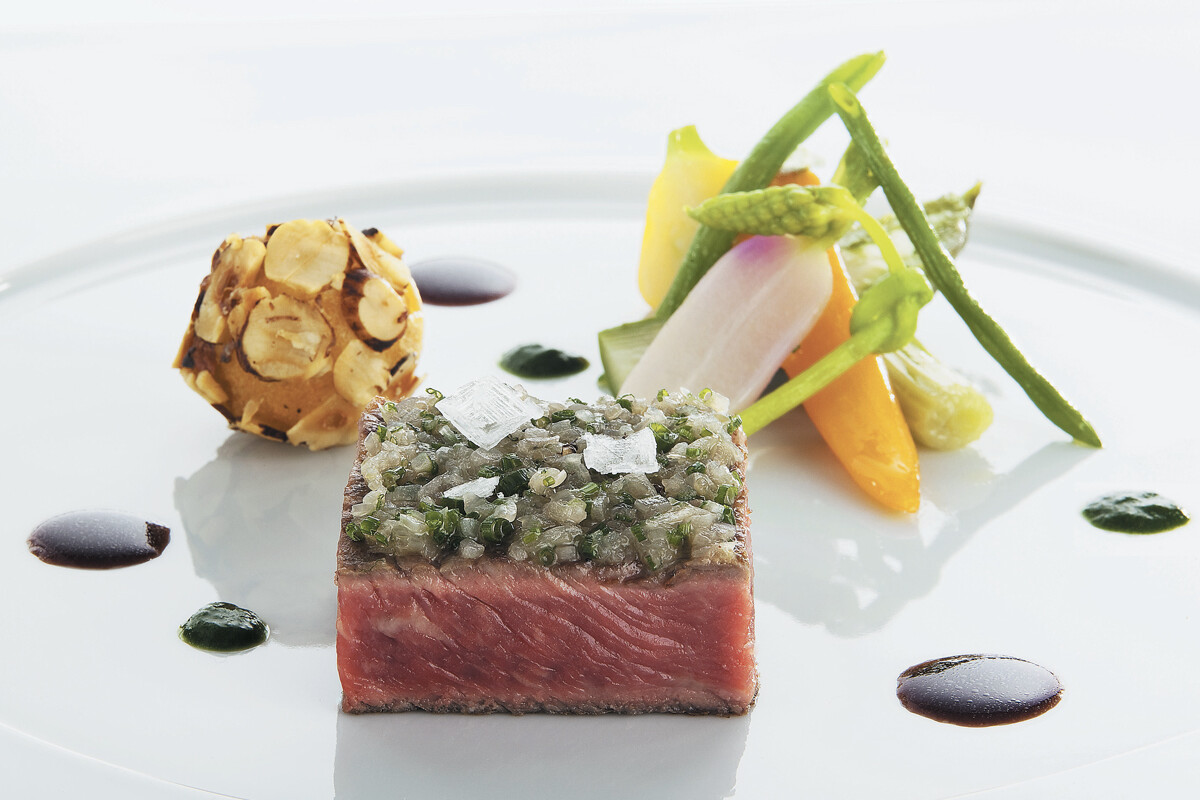 The stage: Next, cyclists will pass through Saint Flour, a small thousand-year-old commune with ramparts of volcanic origin built on a rocky overhang, affording breathtaking vistas over the wonderfully green surrounding countryside of rolling hill sprinkled with pristine white sheep.

The property: The focus at this hotel and restaurant is the surrounding natural beauty, visible through enormous bay windows in every room, and in the restaurant. As though suspended above fields of all shades of vibrant green, it is here that owner and chef Sébastien Bras cooks up a feast of the best local produce. 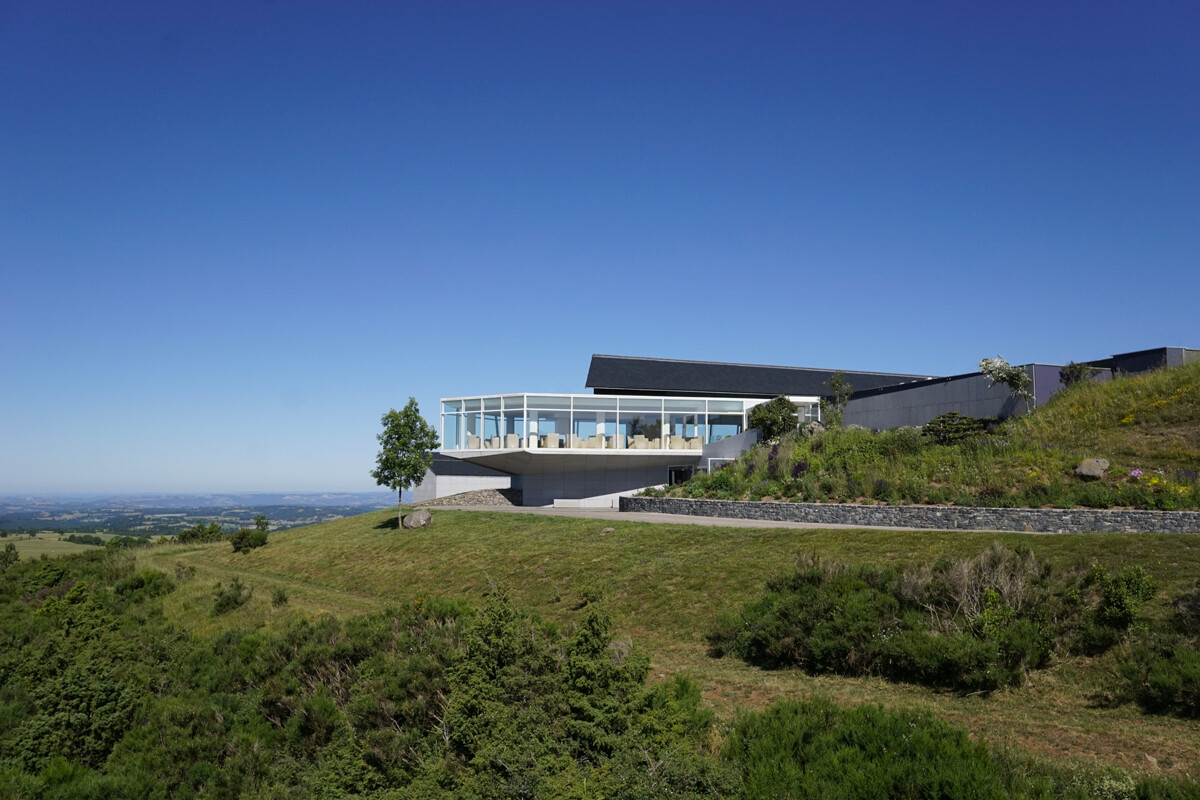 The stage: Crossing into southern France, the provincial town of Albi is famous for being the birthplace of Henri de Toulouse-Lautrec, known for his paintings of Paris’ nightlife in the late 1800s, and its cathedral, one of France’s most monumental gothic structures and one of the largest brick buildings in the world.

The property: Set in seven acres of sun-drenched gardens on banks of the Tarn River, La Réserve Albi is a listed property harking back to medieval times, and it is here that the Queen Mother of England sojourned while in the area. Peace and quiet, along with views of the verdant countryside and classic cuisine at the restaurant, is what guests come here for. 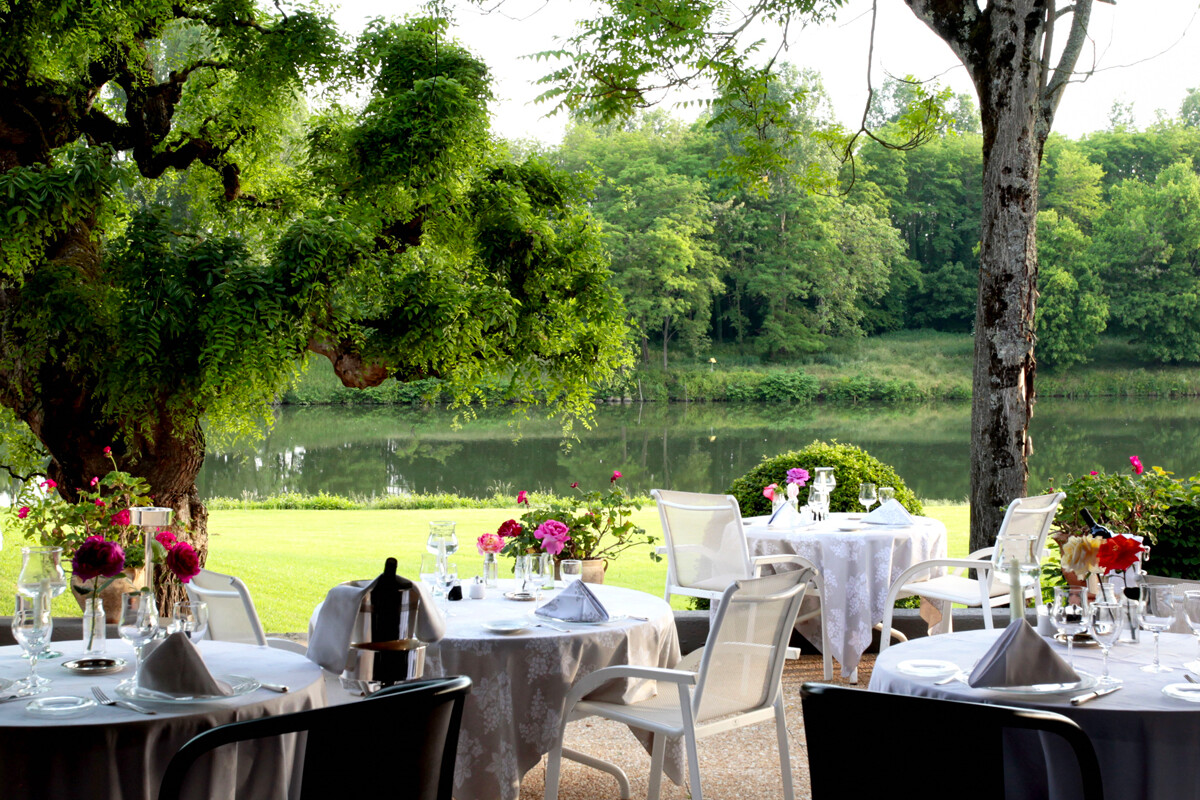 The stage: While our cyclists will be zipping through Toulouse, France’s fourth-largest metropolis, the southern city is known for life in the slow lane. Its ochre rooftops have earned it the name of the Pink City, which comes with a bewitching old quarter, and a jumble of waterways worth exploring.

The property: Ideal for growing your own vegetables, co-owner and chef Frank Renimel takes great pride in using the freshest of ingredients, mostly from his kitchen garden and sourced locally. An ambassador for produce from the Midi-Pyrenées region, his ethics and Provençal-influenced style have earned him a well-deserved Michelin star. 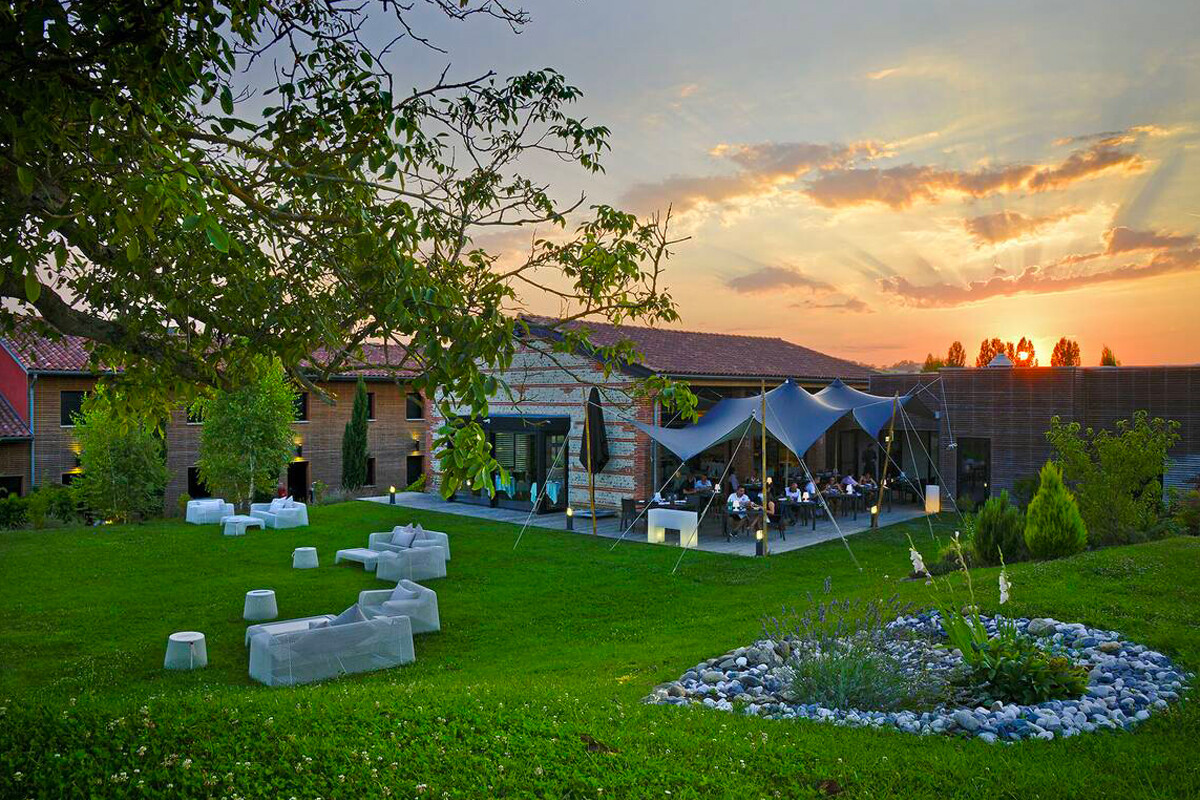 The stage: Approaching Day 15, the Tour de France cyclists will reach the small southern town of Limoux nestled on the banks of the picturesque Aude River. At the weekends, locals gather in the cafés of its main town square lined by charming covered arcades and fountains some of which date back to the 15th century.

The property: In the heart of the Carcassonne countryside, a UNESCO site, the 19th-century manor house of the Domaine d’Auriac has been run by the same family for three generations. Close to a number of ruined abbeys, the hotel is a landmark in its own right and is popular for its local cuisine, where the chef’s signature cassoulet is a must-try. 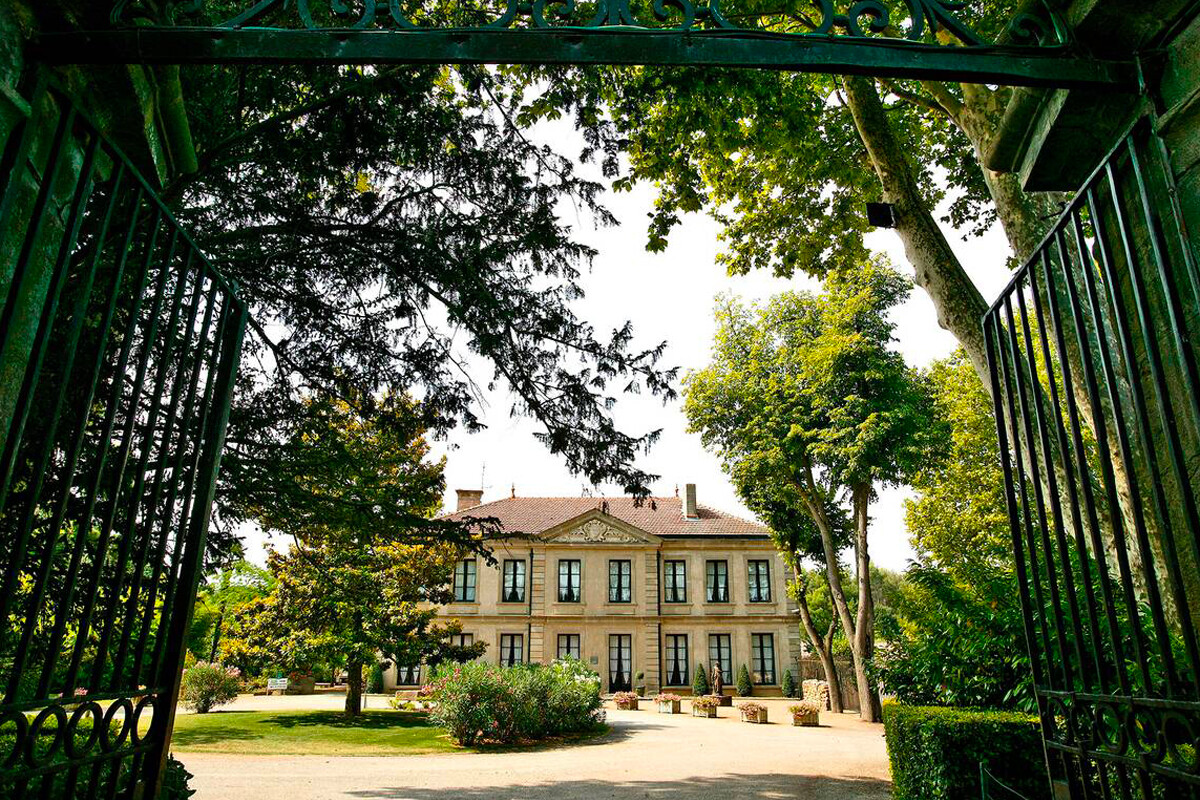 The stage: Dubbed the ‘Rome of France’, the race continues in the town of Nîmes, which its incredibly atmospheric town center of Roman buildings including a 2000-year-old amphitheater, reminiscent of its days as one of the most important cities of Roman Gaul. 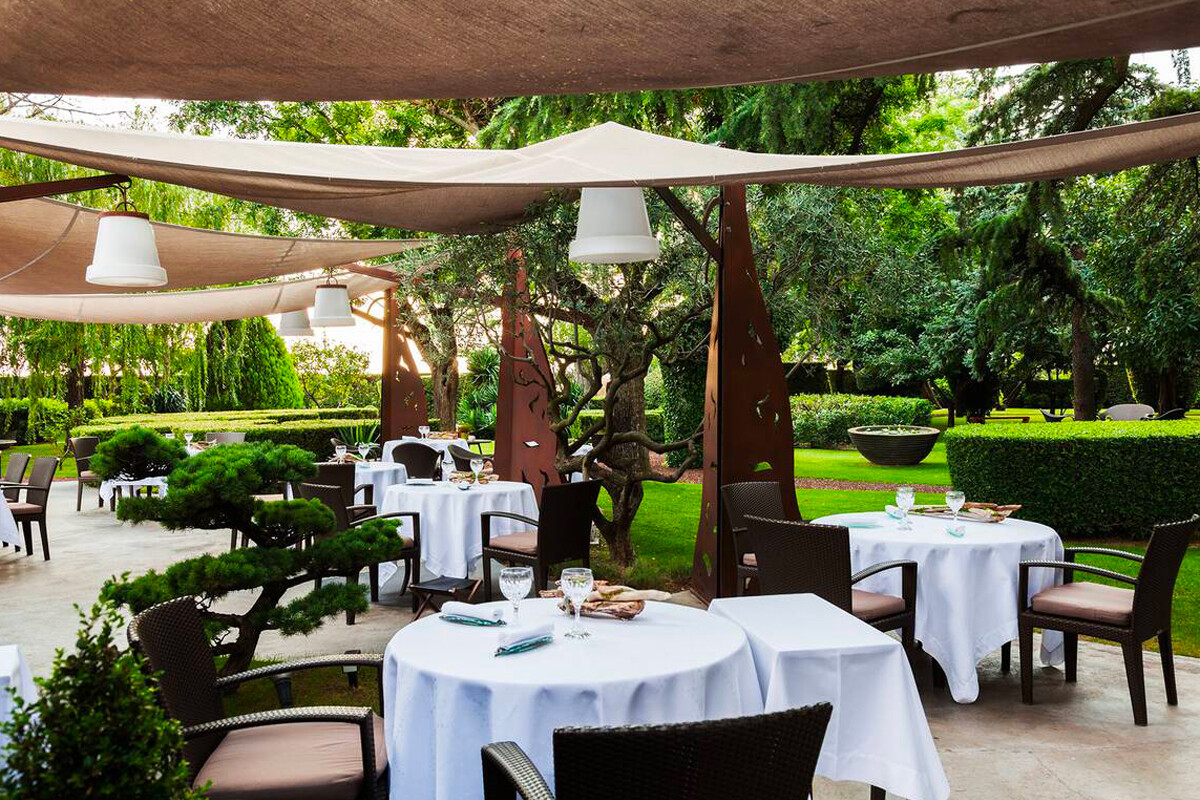 The stage: Crossing back over to the east of France, in the majestic Alps, is the high-altitude ski resort of Tignes. A cluster of five villages close to the Italian border, they are known for being among the last authentic spots with their bakeries, windmills and chapels.

The property: One of the area’s top-ranking hotels, La Bouitte is known for its devotion to excellence, tasteful chalet lodgings, and three-star restaurant. At the heart of Les Trois Vallées, one of the largest ski areas in the world, this bewitching little hotel is tucked in Saint Martin de Belleville village. One of the many highlights here is the restaurant. It is helmed by aptly-named father-and-son duo René and Maxime Meilleur (meilleur meaning “best” in French), who have crafted a seasonal gastronomic experience with local ingredients like crayfish, truffle, and, of course, Beaufort cheese. All stone and timber, the hotel succeeds in seducing even the staunchest of urbanites – and if the setting and cuisine aren’t enough, the mountain spa is sure to loosen those tired muscles and minds. 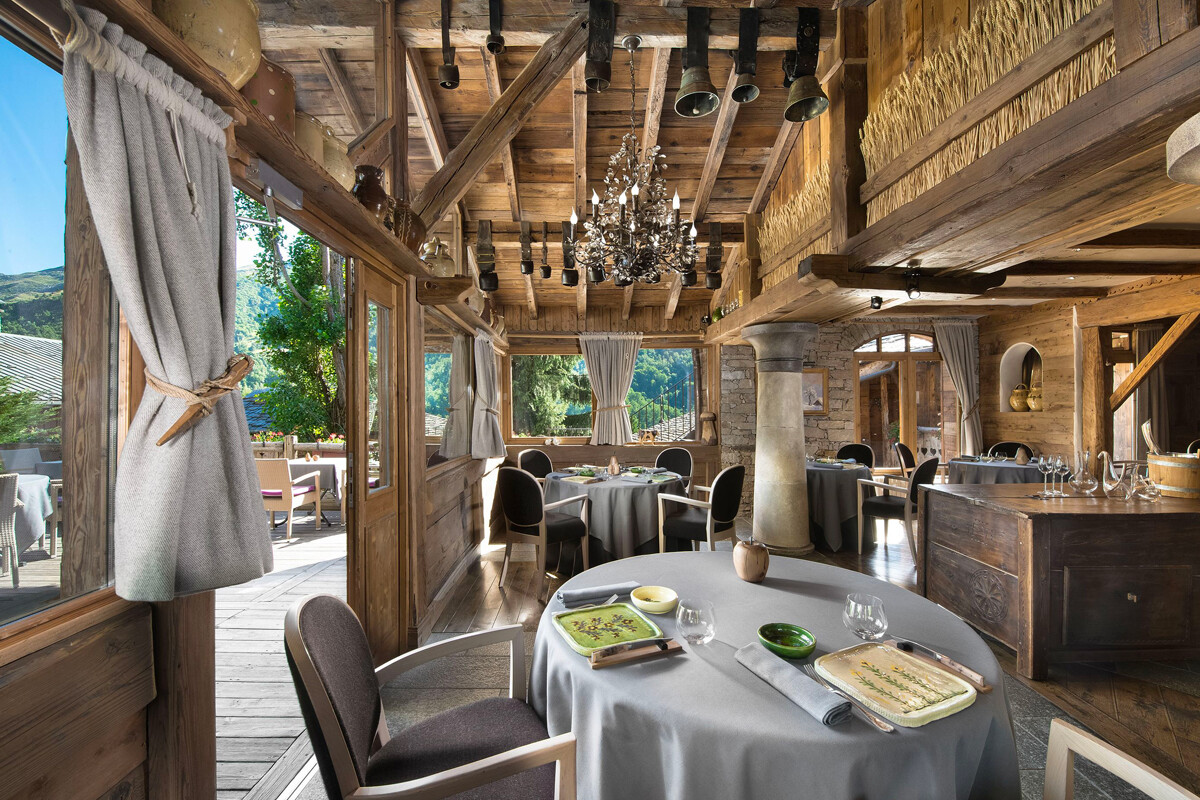