To begin the year on a high note, Relais & Châteaux North America’s compilation entitled, The Art of Entertaining celebrates life, its little and grand wonders. This inspiring new coffee table book looks at the different guises revelry assumes in some of Relais & Châteaux’s hotels.

Henry Miller introduced me to pleasure. I don’t mean through his endeavours between the sheets and streets, but rather through his fervent belief in enjoying life, in being awake for it all. The way he wrote about and lived life as though it were almost solely intended to be relished, every second of every moment, was the definition of joie de vivre.

“The aim of life is to live, and to live means to be aware, joyously, drunkenly, serenely, divinely aware.” – Henry Miller

Henry Valentine Miller had his own ideas about how to entertain, not always to everyone’s taste, but there are many different ways to go about it. The Art of Entertaining looks at a variety of festivities that echo the nature of the setting, speak to the seasons and reflect the values of the people and traditions involved. 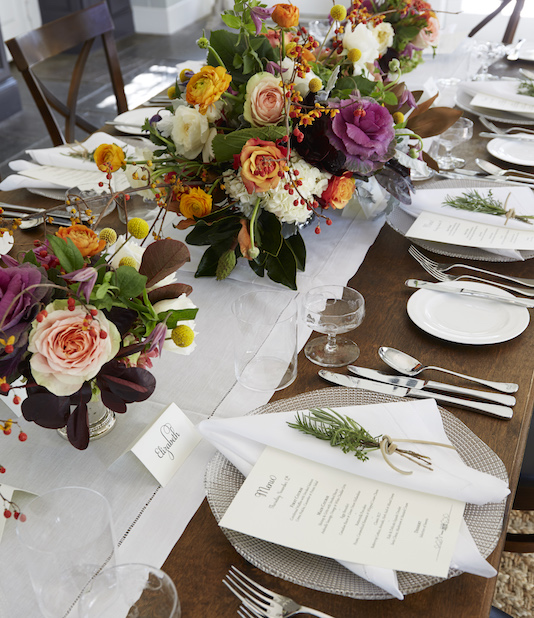 Some such examples that are beautifully described and illustrated in the pages of the book are a Great Gatsby Dinner Party at Glenmere Mansion, a Celebration of the Senses at Homestead Inn, a Wine Harvest Dinner at Meadowood Napa Valley, a Courtyard Lights Dinner Party at Planters Inn, a Southern-Style Brunch at The Fearrington House Inn, a Smokey Mountains Dinner at Blackberry Farm, a Halloween Costume Party at The Inn at Little Washington, an Autumn Colors Celebration at Manoir Hovey, a Wilderness Adventure Celebration at The Ranch at Rock Creek, and a New Year’s Eve Party at Blantyre. 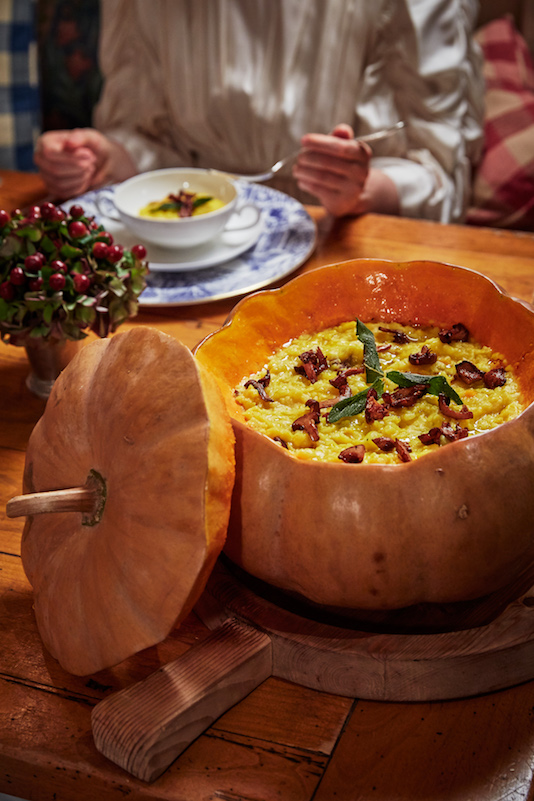 While the American writer taught me about the spirit of entertaining, of the pursuit of leisure, The Art of Entertaining goes further. Here are ten lessons for the entertainer in you, as found in this guide for the party lovers of the world:

1. “Little details make all the difference”

As stated by Executive chef, Justin Melnick, of The Charlotte Inn in Edgartown, Martha’s Vineyard.

2. Fun should be at the centre of it all

“An Ocean House event is successful because we create a buzz, a theater,” says Ocean House Chef John Kolesar. “Guests love the show.” Don’t underestimate the power of dress up in delivering this key aspect – such as at the Halloween costume party thrown by The Inn at Little Washington, or a masquerade… As an anonymous writer explained in an English magazine in the eighteenth century, “a masquerade is one of the most entertaining diversions that ever was imported; you may hear and see, and do everything in the world, without the least reserve—and liberty, liberty, my dear, you know, is the very joy of my heart.”

3. Embrace the spirit of the Fitzgeralds

Who railed against “dullness, sameness, predictability,” as F. Scott Fitzgerald wrote in The Great Gatsby, for instance, the Glenmere’s Gatsby-themed dinner for twelve. Owner Alan Stenberg has the right philosophy: “If it breaks, it breaks. It’s all meant to be used.”

3. A good location is vital

Such as At the Weekapaug Inn, with its fresh air, wildlife, and lush landscape. “It wraps around you, you’re in it, not above it,” says Mark Bullinger, in-house naturalist and guide at the Weekapaug Inn. “A great blue heron sails over the yard, or, in the evening, the egrets ﬂy by, while out on the pond ﬁsh jump out of the water.” The setting should be so inviting guests don’t want to leave – like lunch in the garden at Langdon Hall. “It’s funny,” says Chef Jason Bangerter. “No one ever wants to leave, and if you leave your seat, it’s to get up and smell a ﬂower. It’s easy to sit there for three hours. It’s like a fairy tale, beautiful and mysterious.” 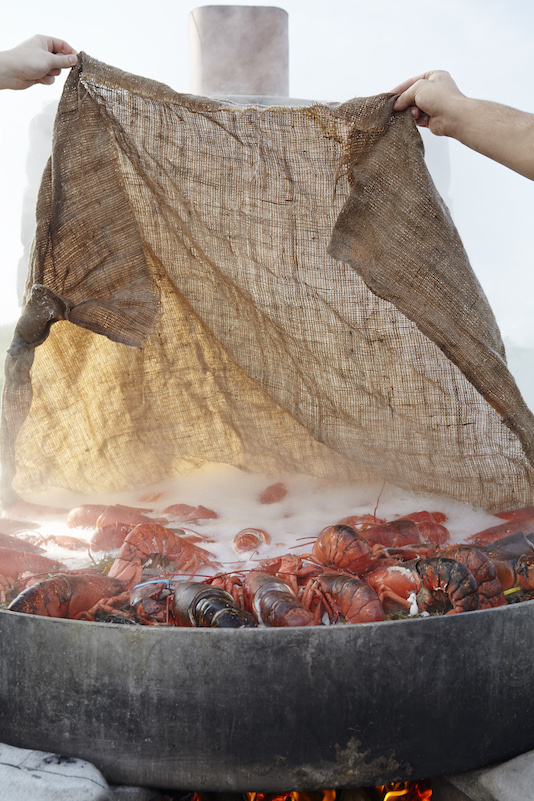 Consider what season or time of day works best for your party – whether it’s wine harvest season, as celebrated at Meadowood in the Napa Valley, or the Fourth of July, as celebrated at Ocean House in Rhode Island; the romance of starry night skies or the magic of sunset – after all, “At sunset on the terrace, everything tastes better—there’s just this sense of awe with that view,” says Auberge du Soleil’s Executive Chef Robert Curry.

5. Drinks are as important as food

Whether it’s cocktails, like Esperanza’s signature concoctions with one-hundred-percent blue agave tequila (think Ginger Margarita, spiked with fresh ginger and fresh lime juice, and sweetened with agave nectar), or bubbles, such as Dom Perignon Rosé, as favoured by Auberge du Soleil Wine Director, Kris Margerum. Remember, “Champagne is the only wine that leaves a woman beautiful after drinking it,” noted the Marquise de Pompadour. 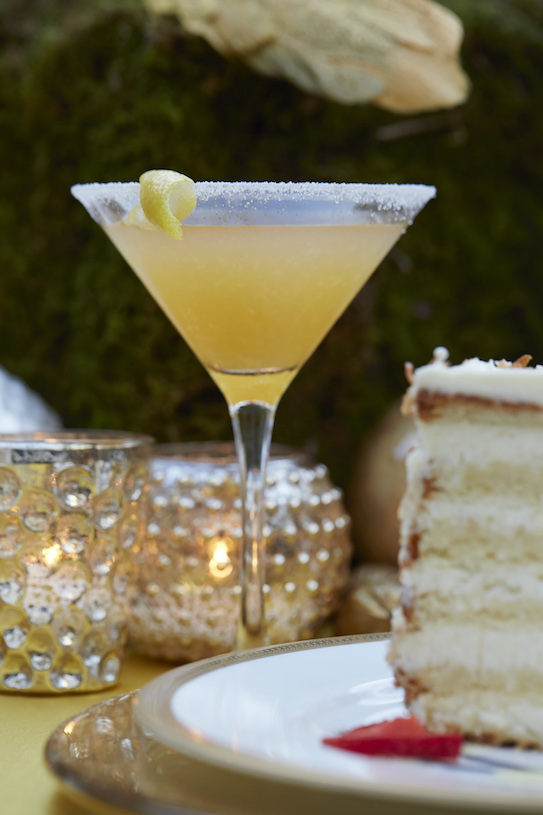 6. Be open to learning from the family elders

Entertaining is a legacy – passed down from generation to generation and fine-tuned over the years. Like Chef Cerda at Esperanza who learned how to make traditional Mexican cuisine through his in-laws.

7. An extraordinary meal is an overall sensory experience

As the wife of Chef Thomas Henkelmann at the Homestead Inn - Thomas Henkelmann in Greenwich, Connecticut, Theresa, an interior designer, says, “For me walking into a room where it’s all one thing, there’s no soul. In creating the ambiance for our guests, we must always meet the level of the kitchen. You can’t have mediocrity.”

8. Don’t chase your guests away

Theresa says, “There needs to be a denouement. It’s never dessert and good-bye. That’s not my style.” Finish the party with a rare brandy, cognac, or aged scotch and choice cigars on the veranda.

9. Each party should be better than the last

Ocean House understands this: “I don’t know how we will outdo last year’s party, but we will try like hell to exceed ourselves once again.”