A land of deep forests, medieval castles, superlative wines and cities teeming with creativity - Germany is a country of idyllic landscapes, from the beaches of the North Sea to the peaks of Bavaria. 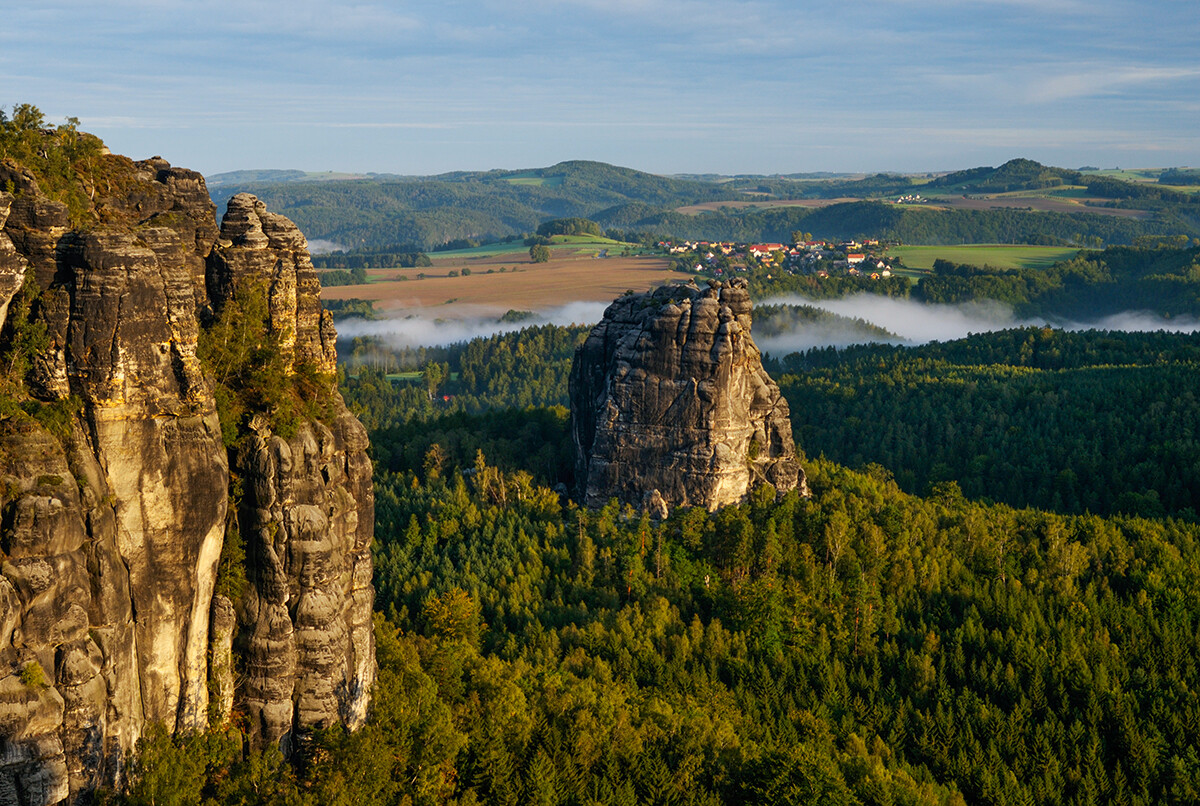 Where to stay: Bülow Palais is in Dresden’s Baroque district, with the Semper Opera House, Zwinger Palace, and Frauenkirche making it a sightseeing cornucopia.

What to see: The Elbe Sandstone Mountains are a must-see, and only a short train ride from Dresden. Take your camera to capture the beautiful footpaths meandering through valleys, ravines, mesas, and rock formations. The region’s wealth of flora and fauna is protected by the site’s national-park status. 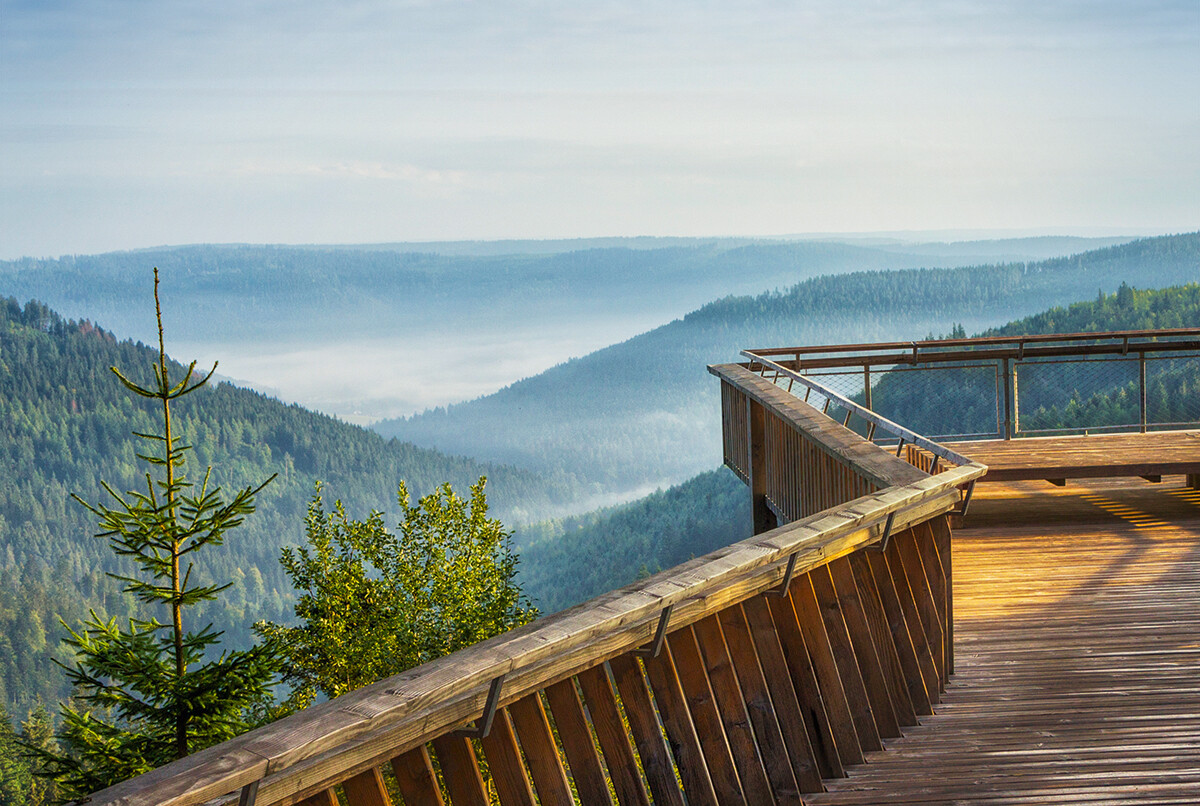 Where to stay: The charming Hotel Bareiss in Baden- Württemberg is surrounded by the dense woods, serene valleys, and mountain meadows of the Black Forest, bursting with diverse animal and botanical wonders.

What to see: Nature lovers can explore nearby wild spaces including the forest park, Sattelei refuge, and national park. In the forest, head to the beautiful, white fir observation platform called Ellbachseeblick, with a spectacular view of the Schwarzwaldhochstraße, Ellbachsee, and Mitteltal. Via the platform, you can access the Kniebiser Heimatpfad, the village’s first hiking trail, for further sightseeing. 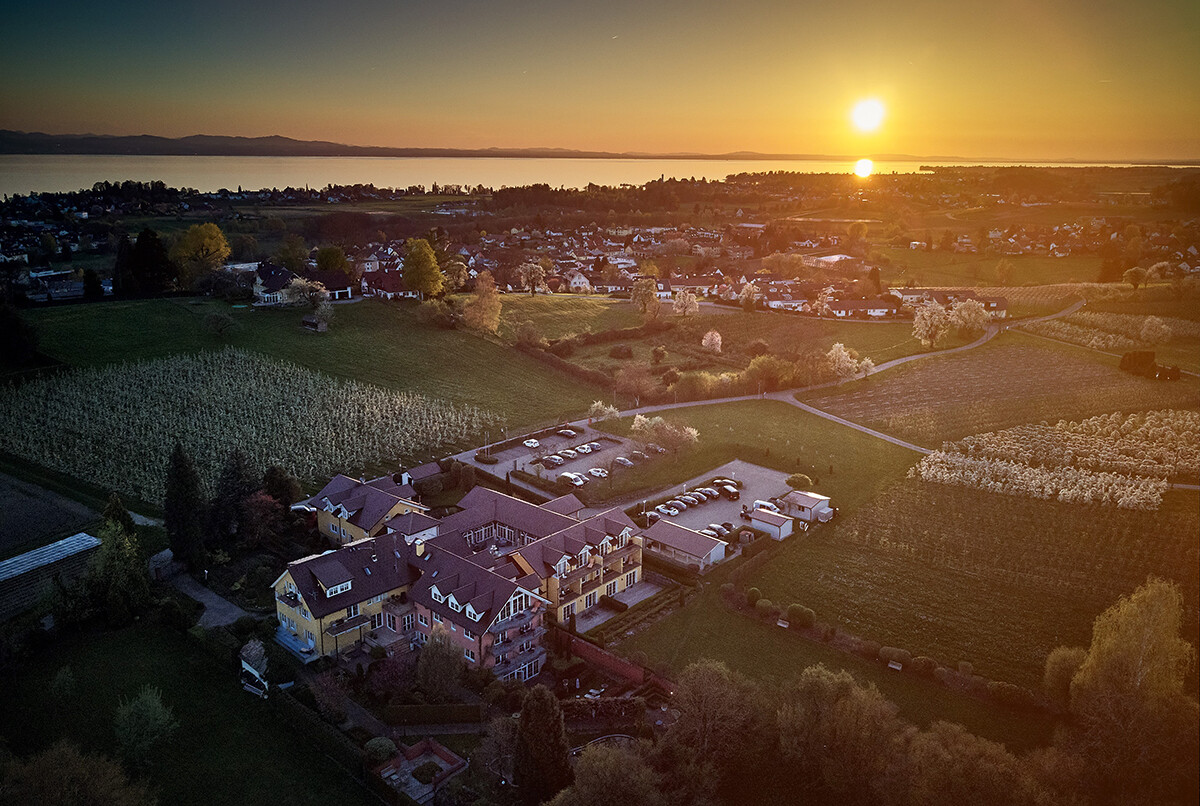 Where to stay: Head to Villino, an exquisite hotel located above Lindau, near Lake Constance.

What to see: Close to the hotel is the local mountain, Pfänder. With a peak of 1,064 meters, it has a unique panorama of the lake and the four surrounding countries: Germany, Austria, Liechtenstein and Switzerland. From up here, you can glimpse a total of 240 alpine peaks (on clear days). To get to the top, follow one of the well signposted walking trails or take the Pfänderbahn, a cable car that ferries visitors from the base station in Bregenz up to the summit in mere minutes. 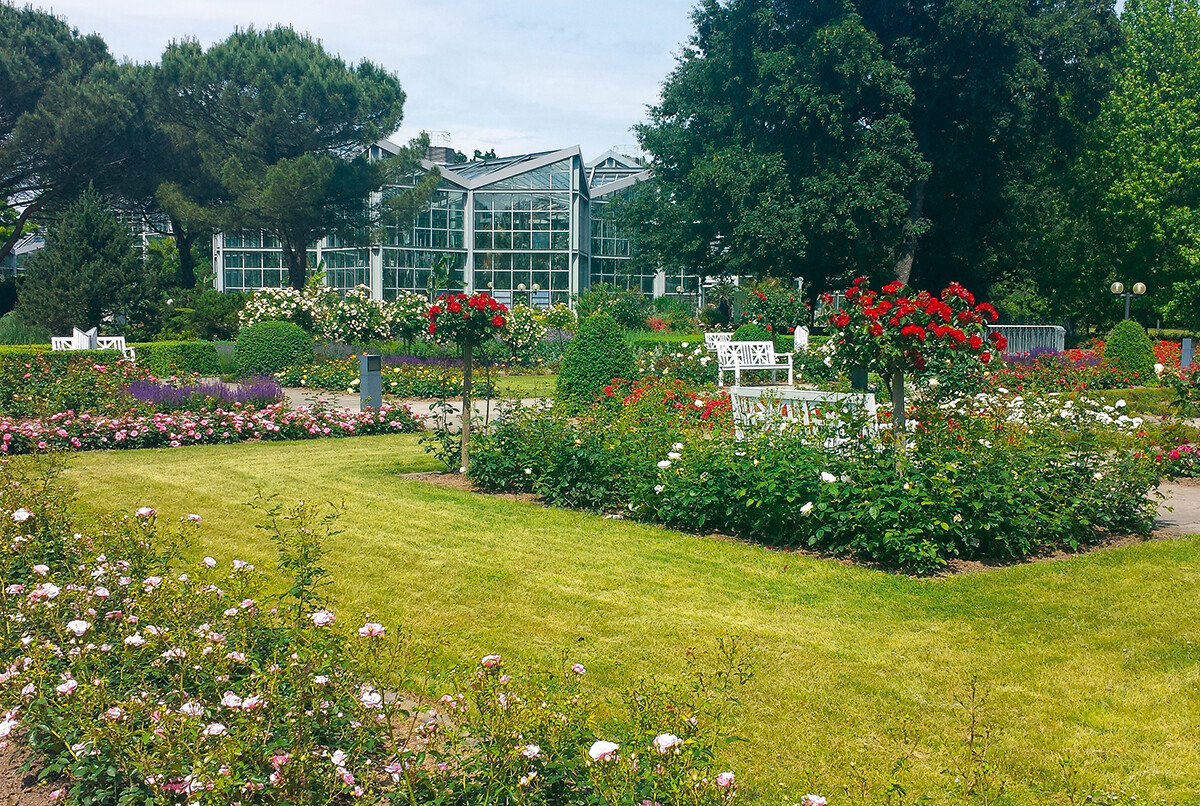 Where to dine: Restaurant Lafleur, in the heart of Frankfurt’s magnificent Palmengarten botanical gardens.

What to see: The Palmengarten botanical gardens, a verdant paradise in the middle of downtown, span more than 20 hectares, with 9,000m² of greenhouses (built in the 19th and 20th centuries) and an endless array of natural delights: the Tropicarium, a conservatory sheltering a vast collection of tropical and subtropical species; the Goethe Garden; and the 60-foot-high palm house, built in 1868- 69, a veritable jungle of fascinating, exotic palms. 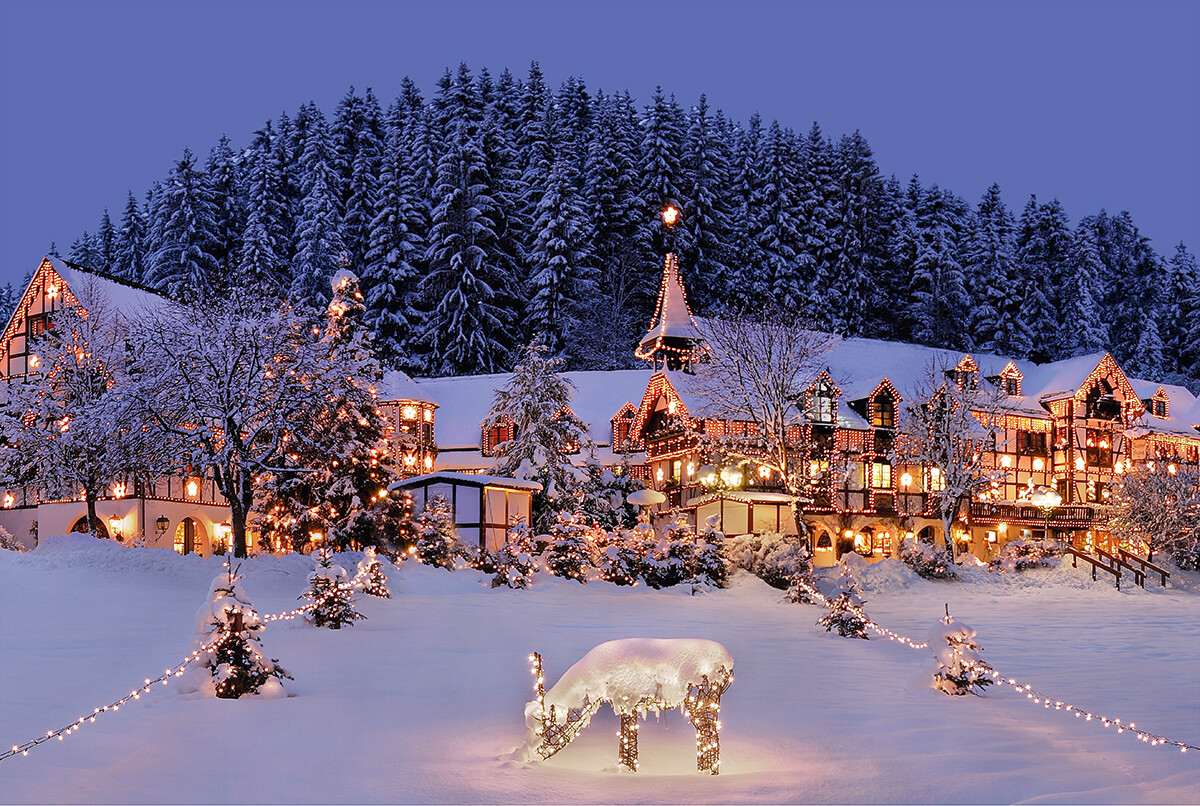 Where to stay: The Hotel Jagdhof Glashütte is located in Bad Laasphe, in the middle of an impressive landscape and not far from the Rothaar mountains.

What to see: The natural landscape of the Jagdhof is even more picturesque during winter with the arrival of the holiday season. Dressed up in the most resplendent of decorations, the hotel is a true marvel to behold. Hold onto your heart, it’s sure to leap. 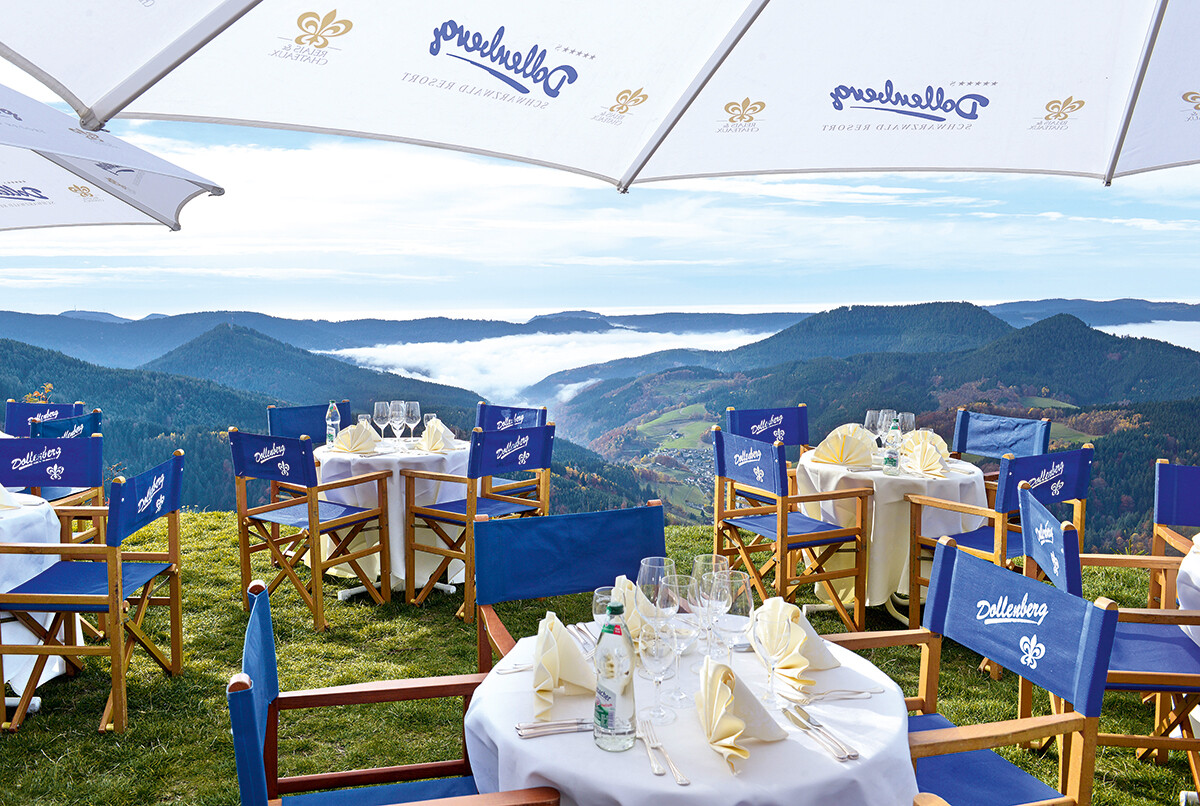 Where to stay: The Dollenberg Hotel, tucked in the Black Forest, is surrounded by picturesque paths, regal trees, and breathtaking expanses of pristine nature.

What to see: “Tischlein, Deck Dich,” (“The Wishing Table”), the hotel’s outdoor gourmet dining experience beneath the stars. The hotel’s two-Michelin-star restaurant, Le Pavillon, is overseen by chef Martin Herrmann. His menu takes inspiration from the colors of the Black Forest and the tastes of the terroir. 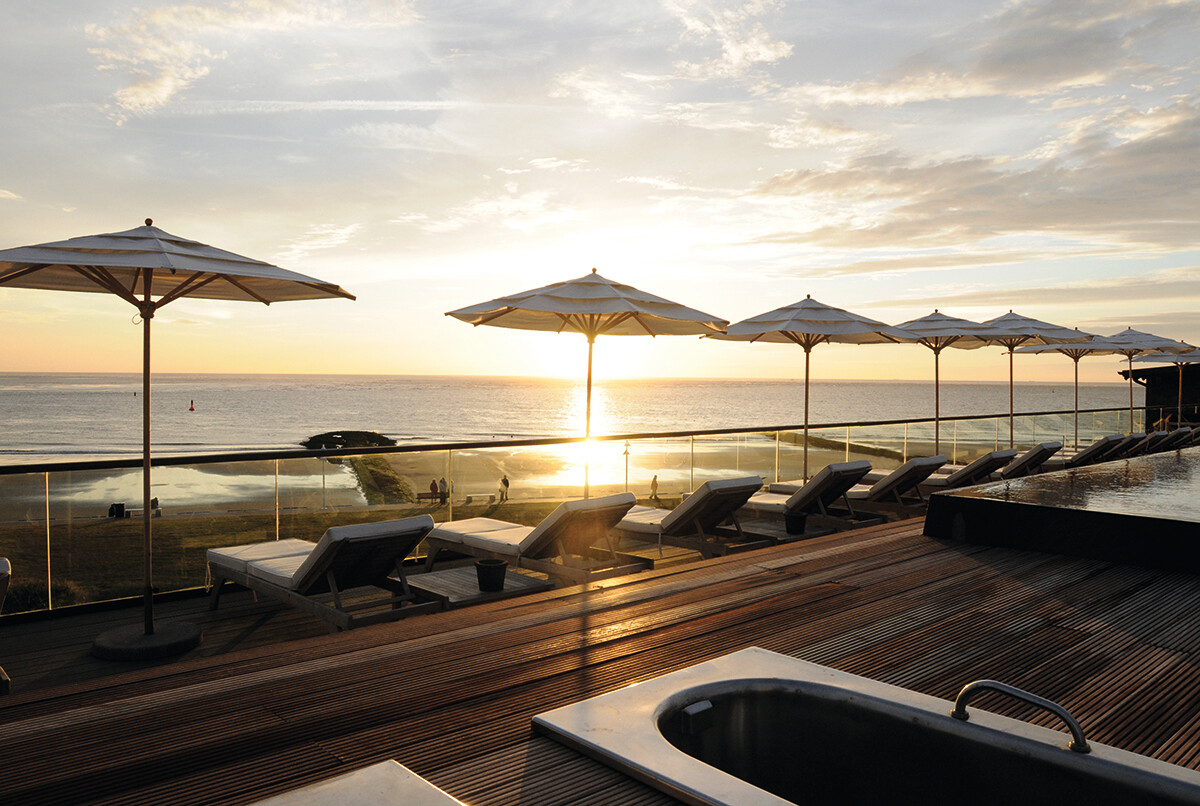 Where to stay: The Seesteg is on the beach’s edge on the island of Norderney in the North Sea.

What to see: The sea! Every room here has a sea view and the outdoor rooftop pool looks out over the Wadden Sea National Park, a UNESCO World Heritage site. Stroll along the endless sandy beaches at the hotel’s doorstep, gather mussels, or take a guided tour of the Wadden Sea area to witness the arrival of low tide, uncovering a curious collection of flora and fauna. 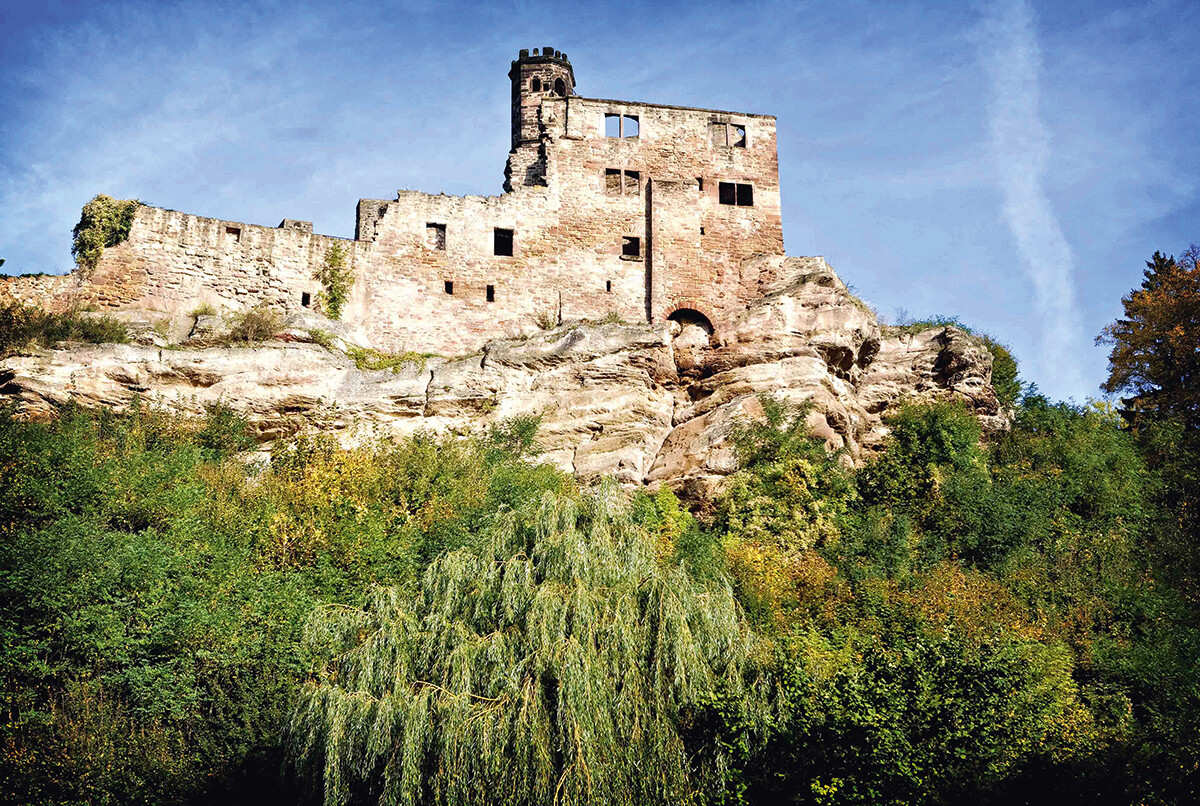 Where to stay: The Hardenberg BurgHotel, 13 kilometers north of Göttingen, lies on Count von Hardenberg’s estate, beneath the Hardenberg castle ruins.

What to see: Spend time taking in the view of castle ruins that tell a thousand-year-old tale. The Hardenberg Castle has a long and interesting past for history buffs to learn more about. Even after turning to ruins following a thunderstorm in 1698, and being abandoned in 1720, it remains a magnificent sight to behold and photograph. 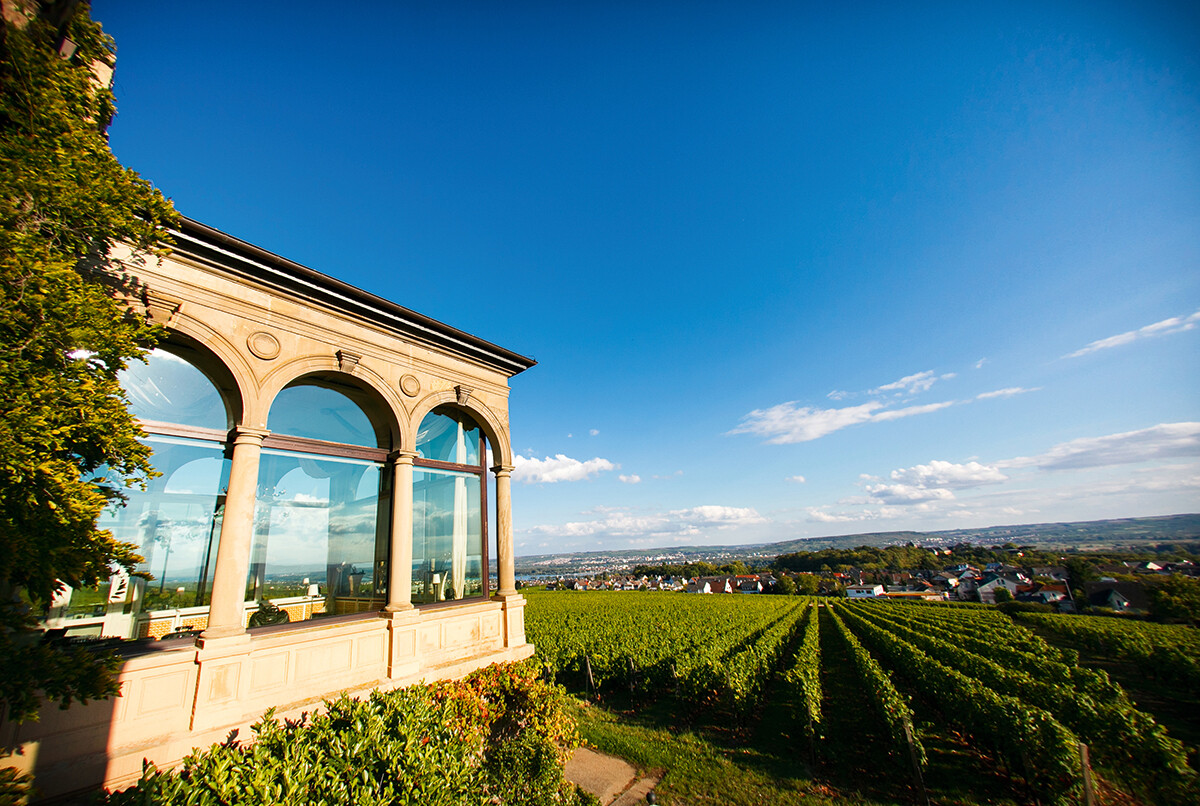 Where to stay: Burg Schwarzenstein, built over 150 years ago, is surrounded by the Rheingau region’s vineyards, with endless panoramas of the Rhine Valley.

What to see: The Rheingau region is a favored destination among wine lovers. When you leave the hotel, find your way to Vollrads Castle and stroll along the banks of the Rhine to discover world-famous vineyards. While at the castle, you can learn to recognize different Rieslings and sample the property’s Kalte Ente, a punch of light and sparkling wines with a twist of lemon. 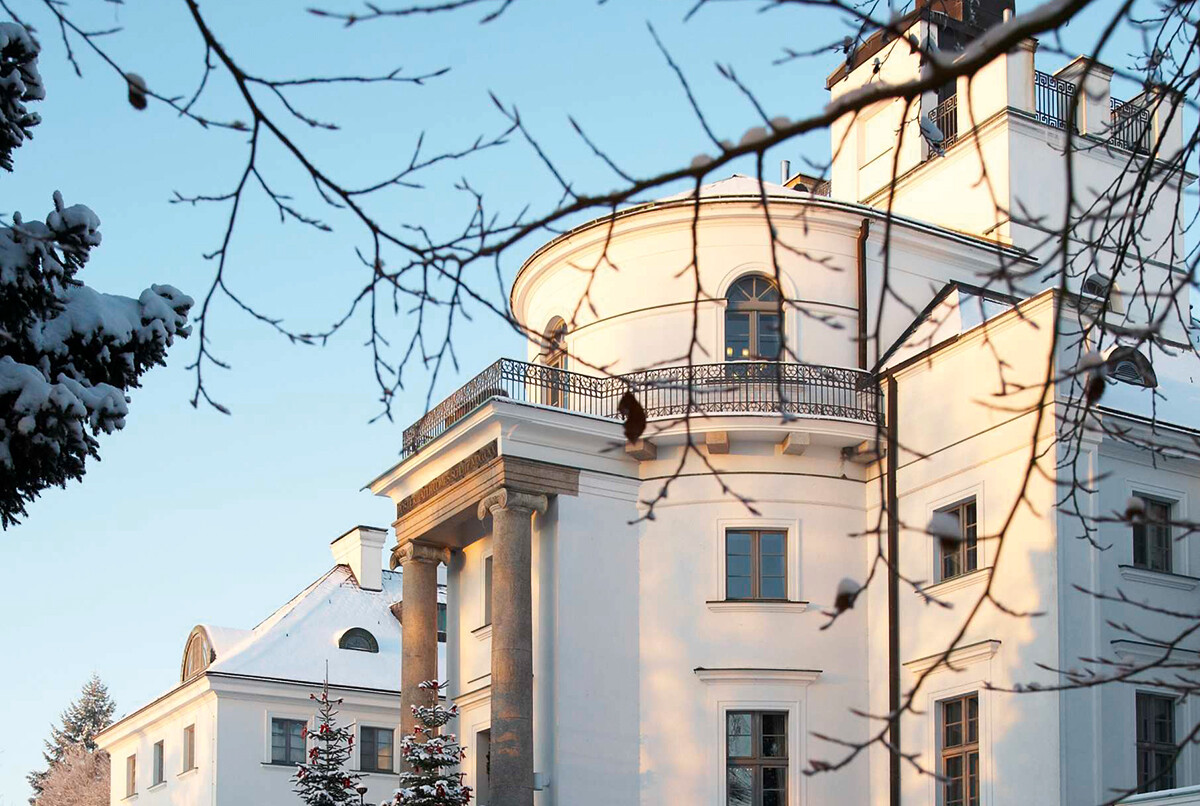 Where to stay: Schlosshotel Burg Schlitz is a classical palace tucked away in 400 acres of landscaped grounds, an hour and a half from Berlin and Hamburg.

What to see: The Burg Schlitz is a major historical site and one of Germany’s most prominent classical structures. Built between 1806 and 1823 for Count Hans von Schlitz, it was turned into a family home from 1992 to 1999, then meticulously renovated and rebuilt to become the castle-hotel we see today.