Ah, Lisbon – a land of shining sun and stormy melancholy, an ocean carved in stone, poetry traced onto hearts by Fernando Pessoa. Visitors who are game to quit the beaten path can explore the fascinating Portuguese capital through these ten places that Lisboners love.

1. Enjoy nature therapy at the Jardim do Príncipe Real 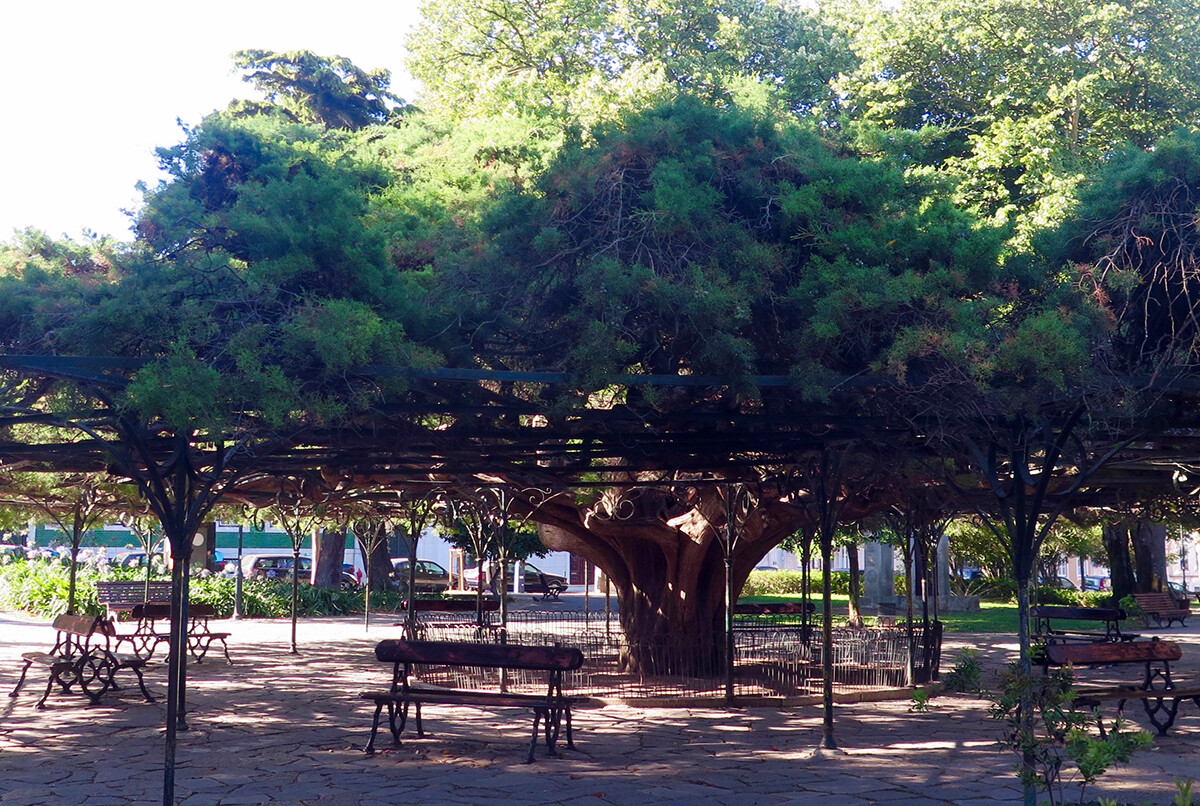 At the northern tip of the Bairro Alto district, a stone’s throw from the botanical garden (also worth a visit), this park covering more than two acres boasts Lisbon’s largest natural sun parasol.

2. Visit a museum with cutting-edge architecture 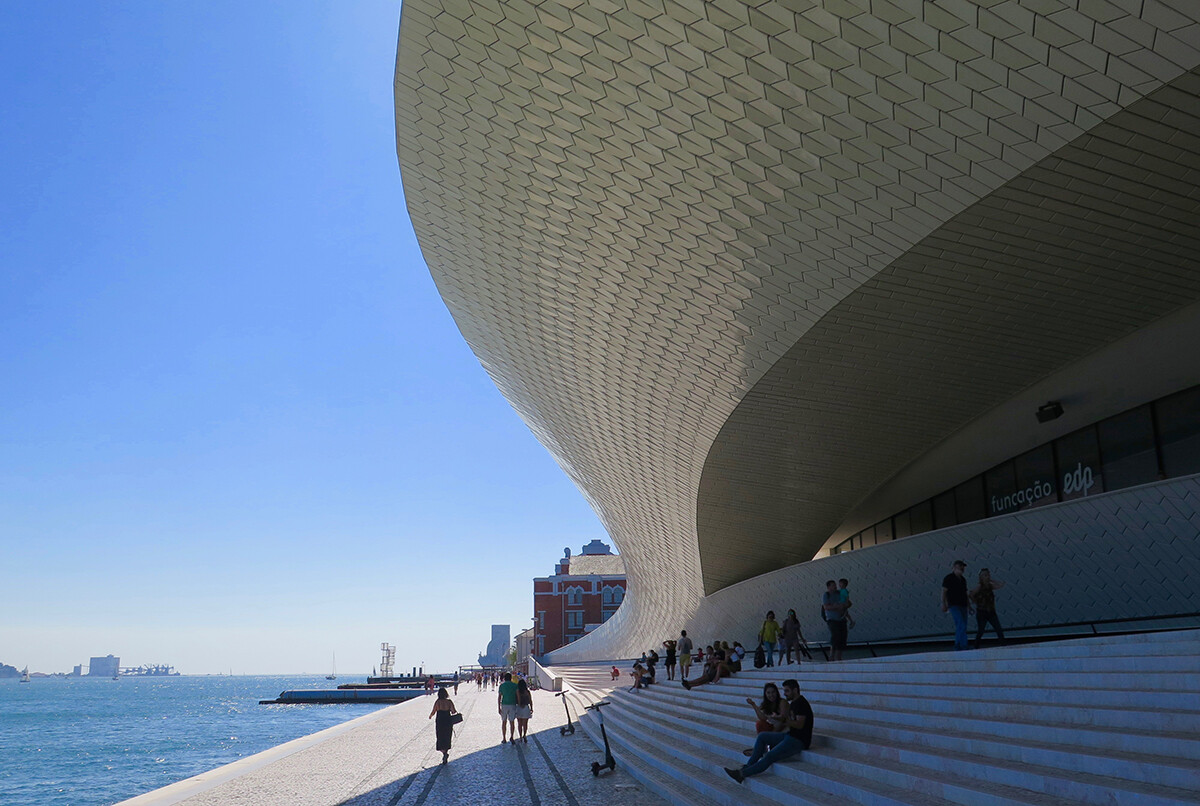 Lisbon’s MAAT, the Museum of Art, Architecture and Technology designed by English architect Amanda Levete, rises like a spectacular white ceramic wave on the quays of the Belém quarter on the banks of the Tagus. The building alone is worth the trip. Walk in the shade of its curves, where you can also reach the roof for an even more splendid view. On the other hand, the highly conceptual exhibits may not suit everyone’s taste. Decide for yourself.

3. Sip a cocktail at the Pavilhao Chinês 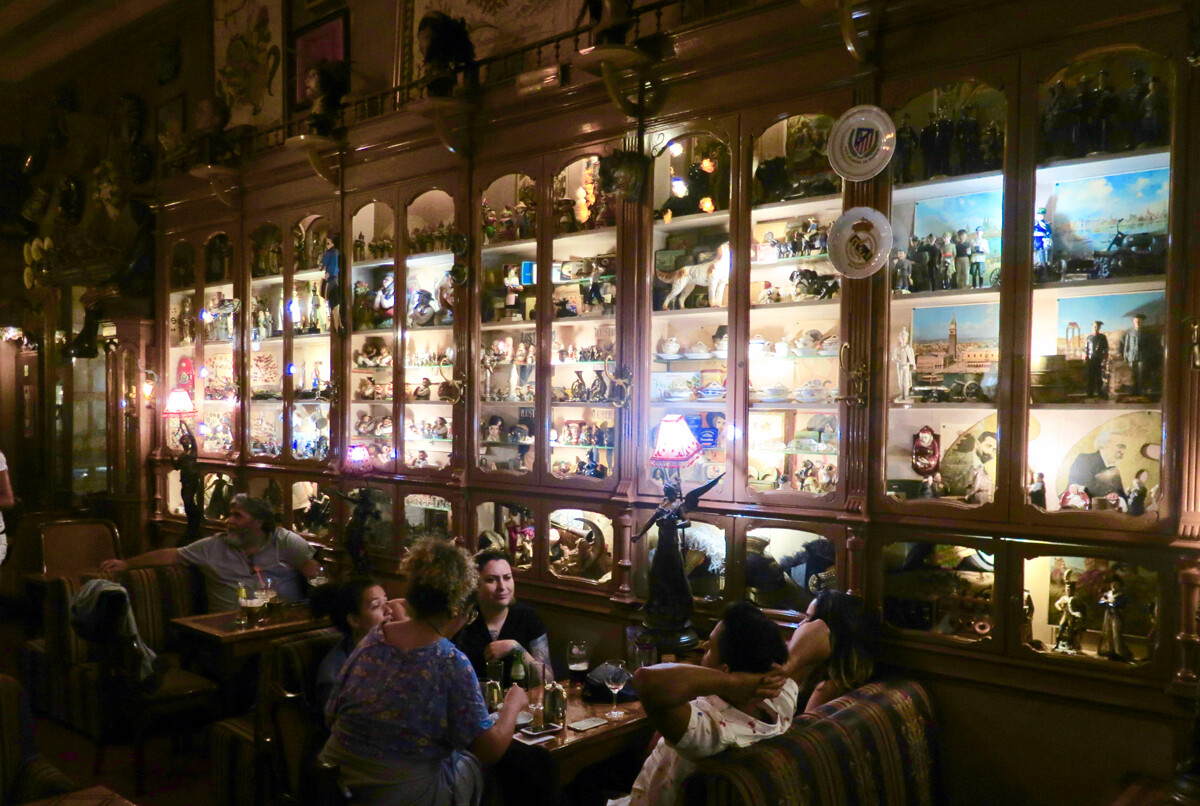 If you like sleek, uncluttered bars, this isn’t the place for you, as the Pavilhao Chinês is one of the planet’s most object-opulent watering holes. A maze of rooms with walls plastered with display cases sheltering collections of mind-boggling variety, from toy soldiers to plates, lithographs to hats. Amidst this astonishingly multifarious bric-a-brac and beneath equally laden ceilings, blue-vested servers slip between predictably mismatched armchairs. An eye-popping change of scenery.

4. Cavort with penguins and sharks 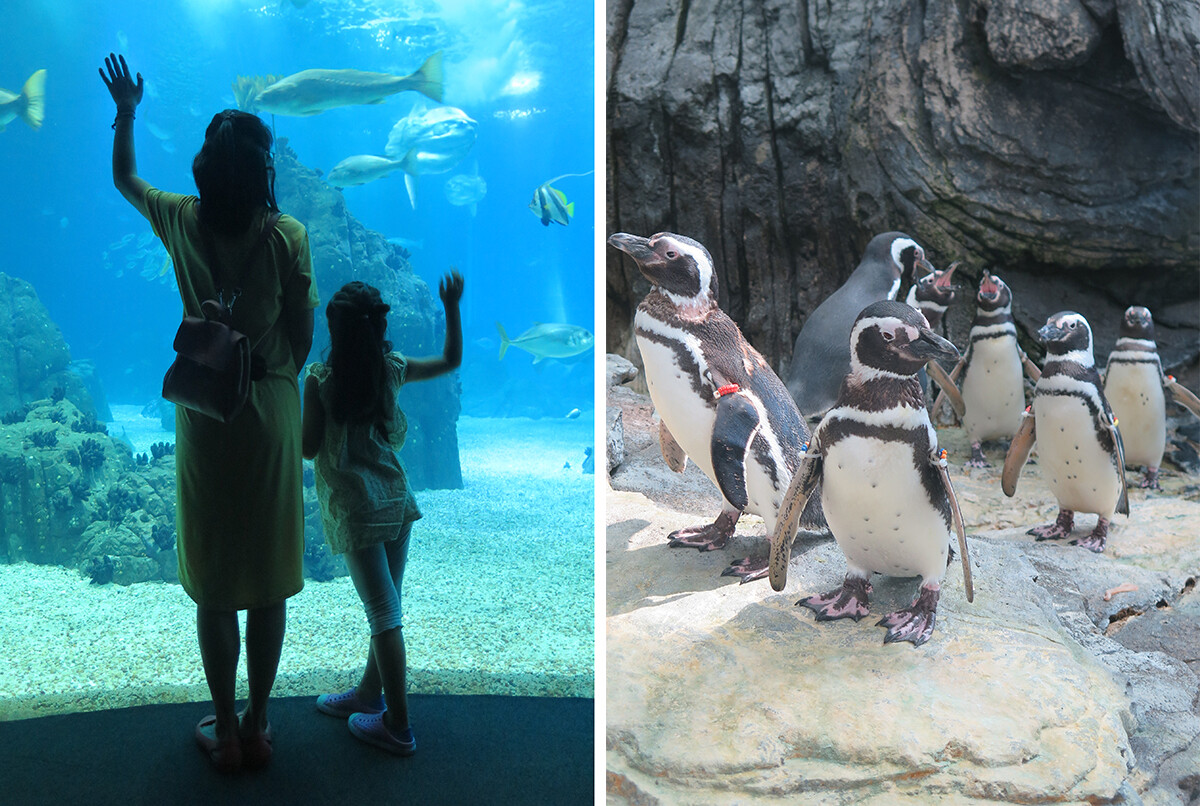 The 1998 Lisbon World Expo spurred construction of one of the most spectacular aquariums in Europe, the Oceanário. It covers two floors surrounding a gigantic pool holding 177,000 cubic feet of water – the equivalent of two Olympic swimming pools. In those depths, ocean sunfish, tiger sharks, and giant rays live together in peace. But the show is also found around this tank, including a reconstituted ice floe with a penguin colony and a tropical aviary replete with birds from hotter climes. A spectacular site designed for all ages.

5. Sniff some soap at Claus Porto 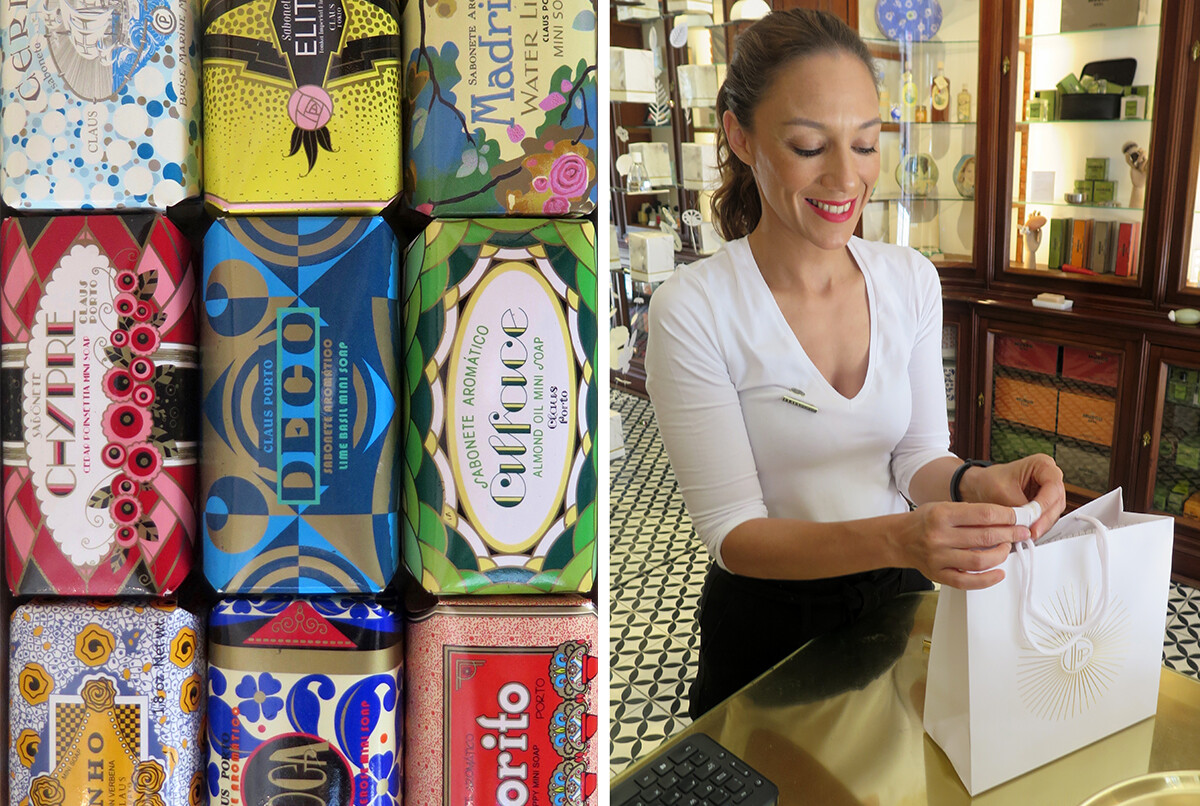 While Portugal’s oldest soap and perfume factory may have been founded in Porto in 1887, it was in Lisbon that it opened its first store in 2016. In this former pharmacy, Claus Porto sells no fewer than 30 soaps of many fragrances. These sweetly scented cleansing bars made with pistachio, shea, or nutmeg oil are hand-wrapped in vintage-patterned paper.

6. Pamper your palate with José Avillez 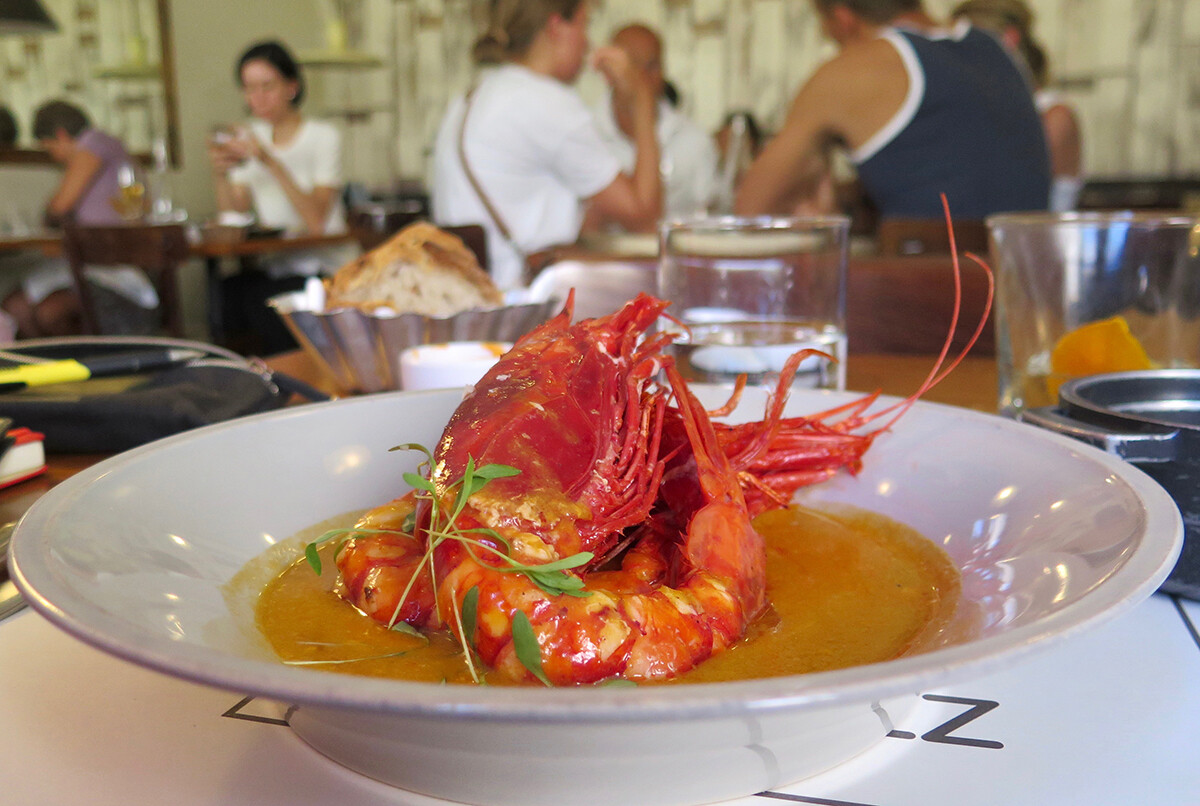 This bearded fortysomething gentleman is much more than a chef: Between his TV shows, bestselling books, and 14 restaurants in Portugal (including one in Dubai), he has reinvented the very essence of Portuguese cuisine. He’s also the first Portuguese chef to be awarded with 2 Michelin stars in Portugal.

People the world over come to his flagship restaurant, Belcanto, to experience these dishes designed to tell a story. Local ingredients and unbridled creativity. On a given evening, the crispy suckling pig with orange sauce, lobster cooked to a delicate luster, and incredible series of trompe-l’oeil amuses-bouche are simply breathtaking.

Having trouble getting a table at Belcanto? Maybe a bit steep for your wallet? Go a few steps away to Cantinho do Avillez, the first restaurant the chef opened in Lisbon. In the sleekly chic décor – waxed concrete floor and blonde wood tables –, peruse the menu to pick from three starters, four mains, and two desserts. Favorites? Grilled giant red shrimp from the Algarve with Thai sauce, smoked bacon-and-mushroom risotto, and basil cheesecake.

7. Steep yourself in beauty at the Palácio Fronteira 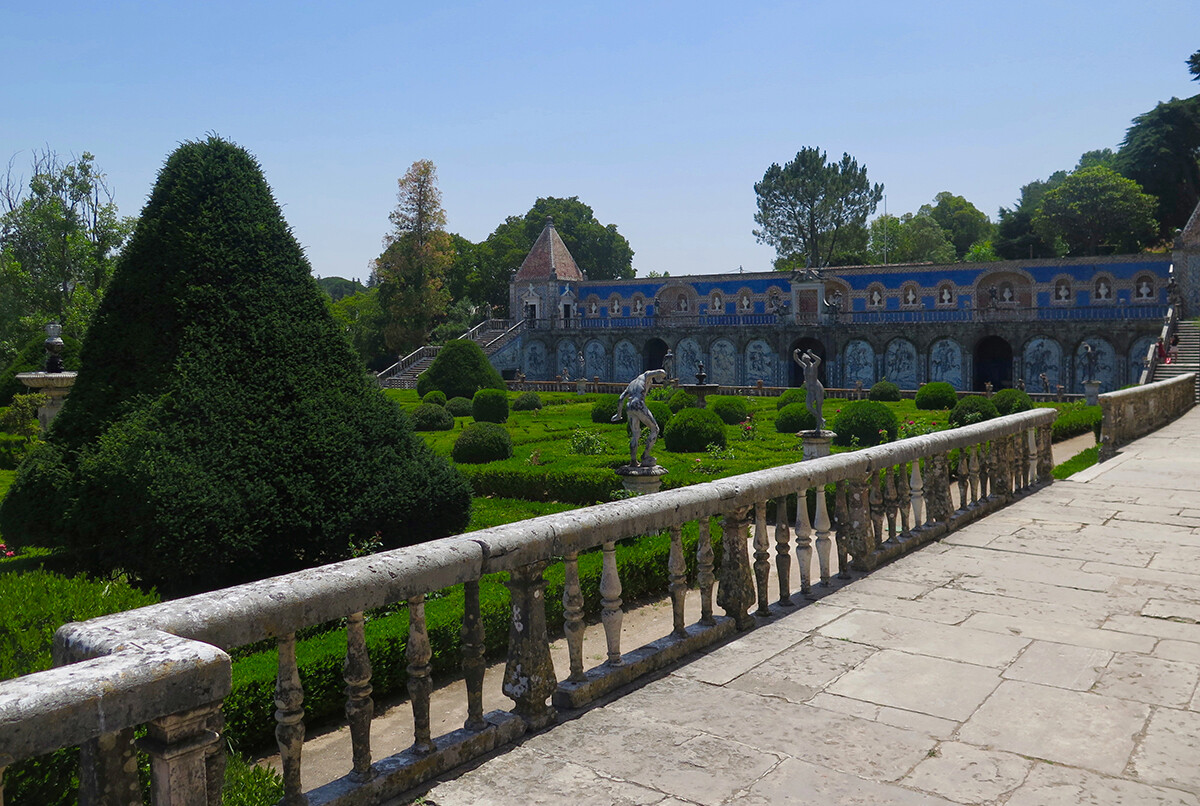 You can’t help but love it! Being out of the way, it isn’t overwhelmed by tourist hordes, but the Palácio dos Marqueses de Fronteira is Lisbon’s hidden treasure. French writer Pascal Quignard was so enthralled he devoted an entire book to it. This small castle built in the 17th and 18th centuries is home to Portugal’s first baroque gardens: lush subtropical vegetation, fountains, mythological statuary, and large expanses of azulejos in every corner of the park. Not to be missed.

8. Catch a flick at the Cinemateca 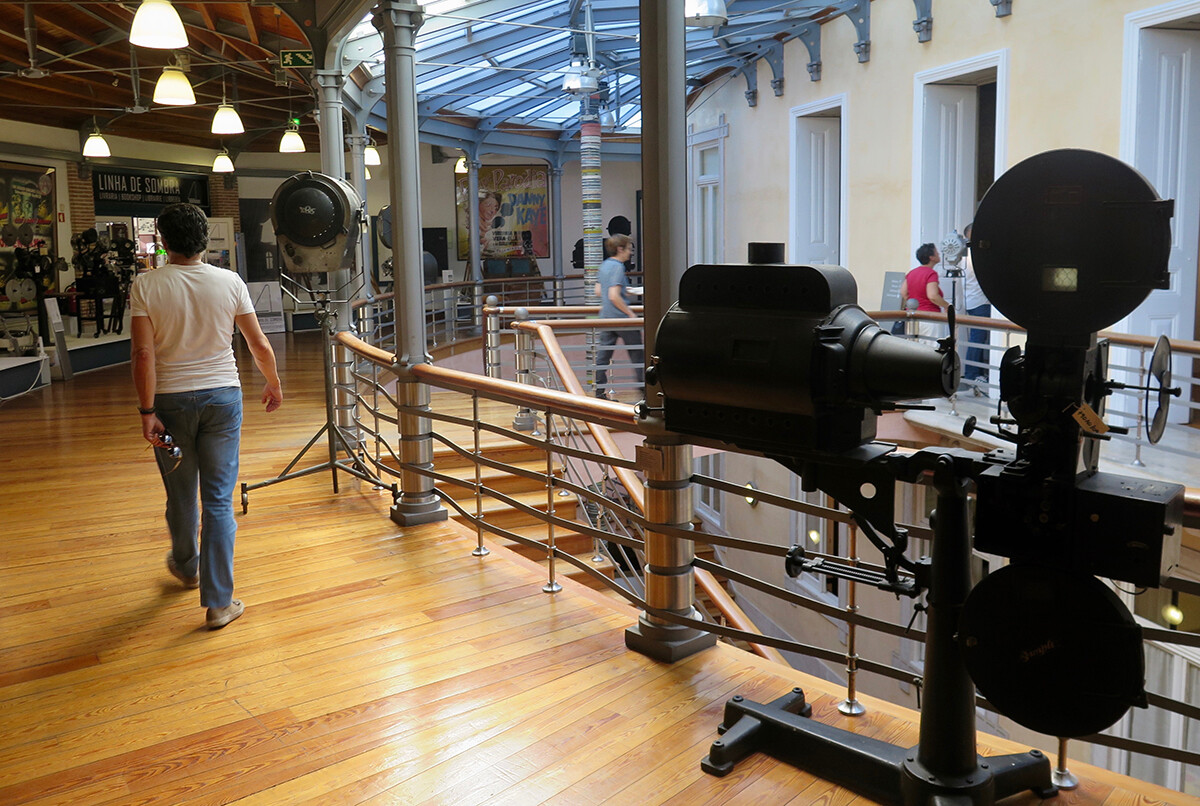 Behind a cream-colored façade in an upscale neighborhood are hidden three little gems: a spectacular staircase dripping with Middle-Eastern style, a mini movie museum with a projector from cinema pioneers the Lumière brothers, and an enormous bookshop devoted to moviemaking. But, most importantly, multiple movie theaters! This is the Cinemateca Portuguesa, where summertime brings outdoor screenings to the peaceful terrace behind the building.

9. Ferry to a fairytale destination 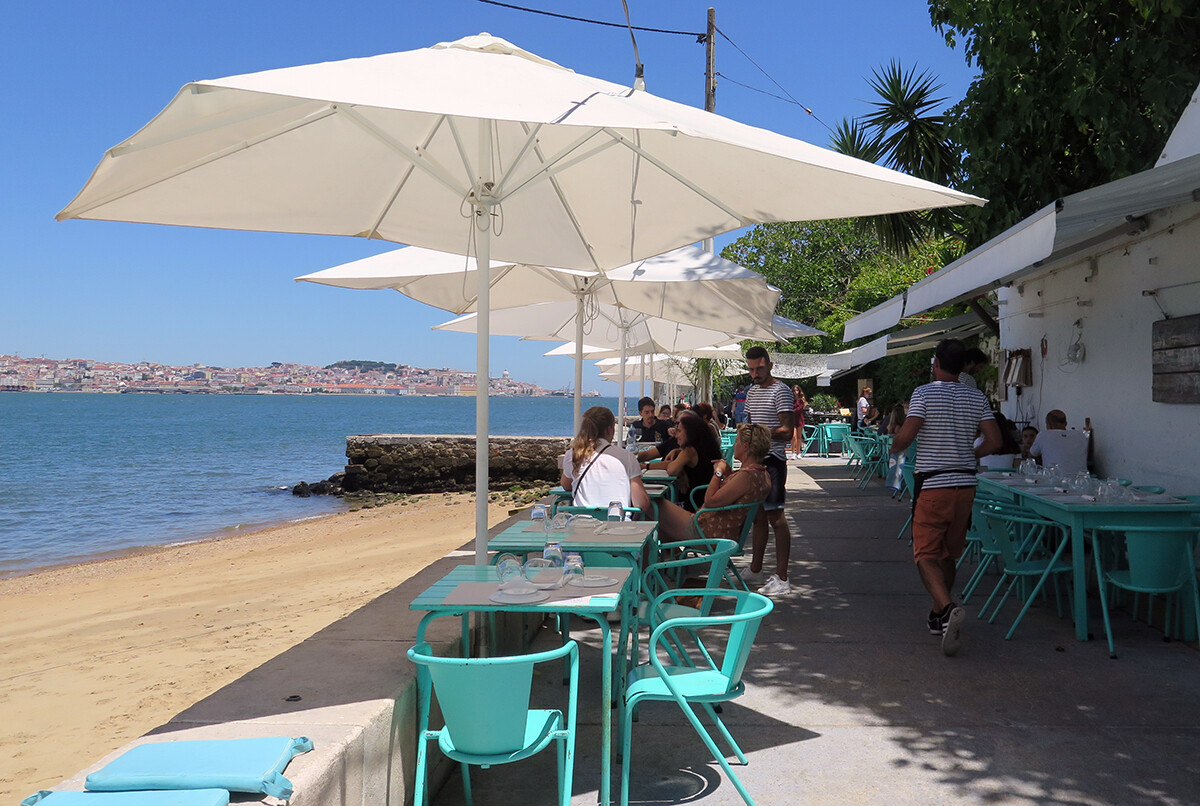 It only takes eight minutes by ferry to cross the Mar da Palha (Sea of Straw) – a nickname given the Tagus for its golden shimmer – to see Lisbon from a southern shore, Almada. Walk along abandoned shipyards to at last tread tiny sandy beaches. Break for lunch overlooking the river at Atira-te ao Rio (melon gazpacho, grilled vegetables, and quinoa), then continue on to the elevator that whisks you to the top of the cliff, gratis. Once there, enjoy an equally cost-free visit of the A Cerca contemporary arts center and botanical garden. 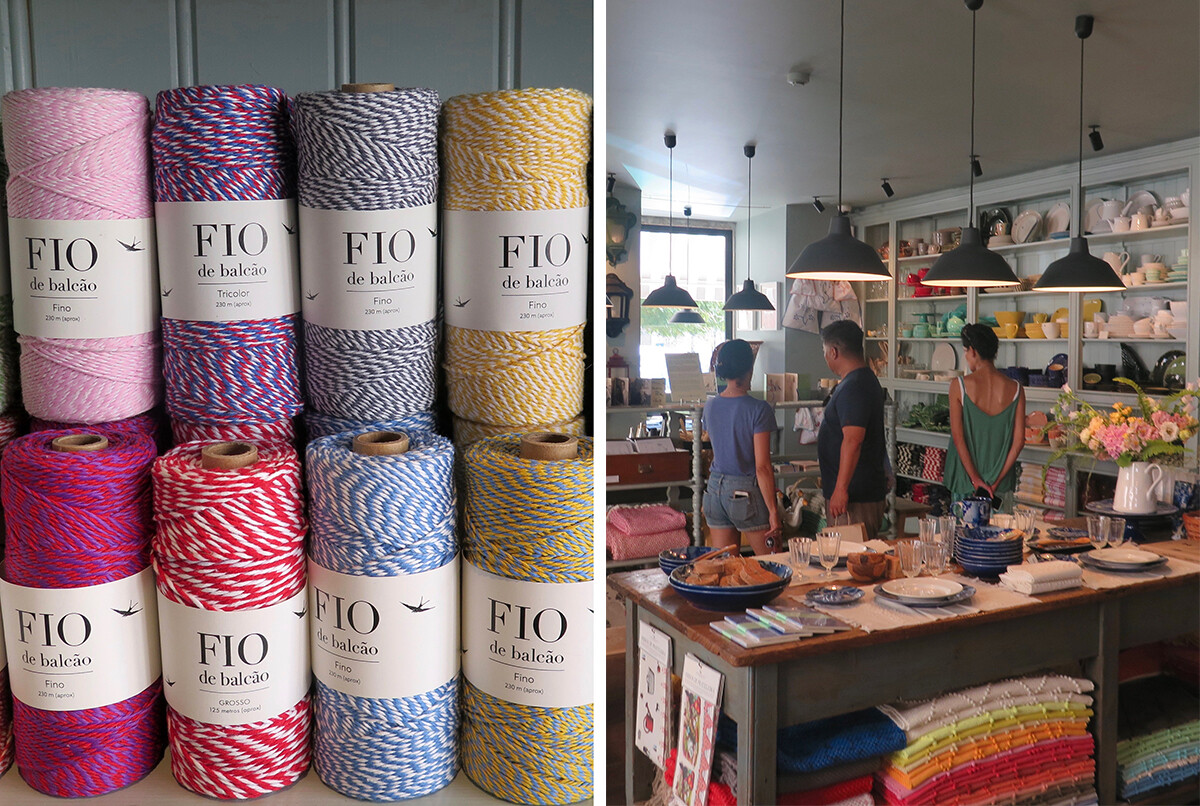 In 2007, former journalist Catarina Portas founded A Vida Portuguesa. In her four Lisbon locations (including two in the Chiado district), this retailer sells the best in Portuguese craftsmanship, select objects produced or reproduced per her request. Stunning store interiors with artfully presented dishes, linens, decorative or household articles, like these lovely spools of Fio de Balcão, yarn used for everything from playing cat’s cradle to making macramé plant holders. An original gift to bring back!