In the Friesland province in the northern Netherlands, this small city of just 100 000 people was once little known. But it is now the european capital of culture for 2018, the perfect time to introduce you to its charming canals, 600 monuments, must-see sights, and trendiest places.

1. Make the most of this special year

Music, theater, exhibits, performing arts: More than 800 events will celebrate Leeuwarden’s being named a European Capital of Culture. The Sense of Place program, for example, features temporary land-art installations throughout Friesland. In Leeuwarden itself, near the train station, you can experience a “Water Panorama,” a walk-through wooden structure 20 meters across and three meters high that creates the illusion you are completely surrounded by water. 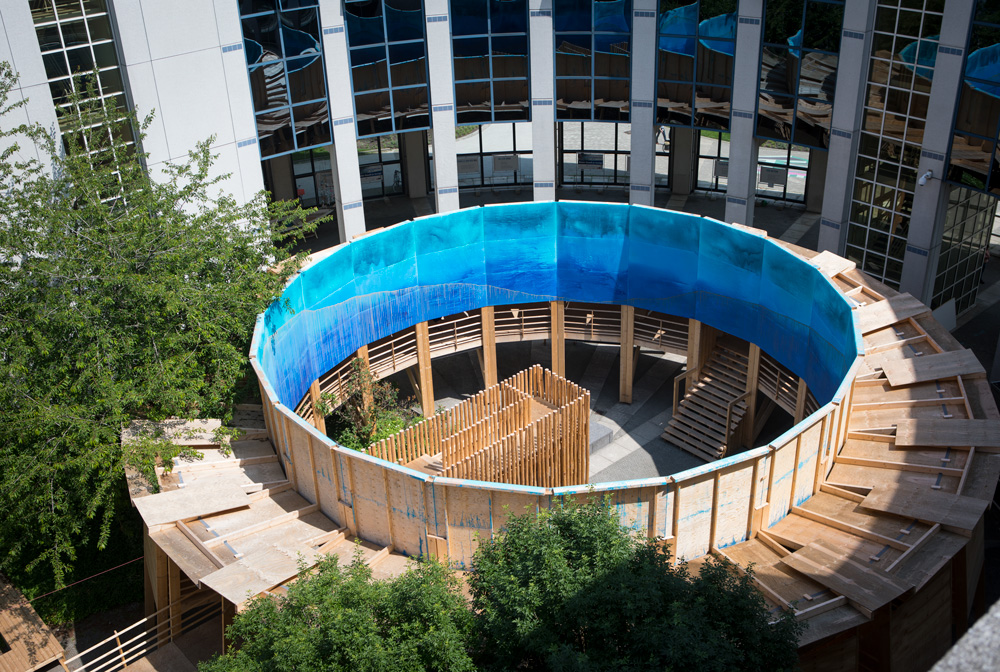 2. Lunch on the canals

Roast, the latest and coolest place to eat, opened last year at the edge of one of downtown’s canals. A large dining room beneath a glass roof, two terraces (one on the dock), all open 7 days a week. The menu features beef rillettes and beet salad, spit-roasted half chicken, panna cotta and rhubarb. To wash it all down, a selection of 23 beers and a delectable honey-tinged smoked cider. 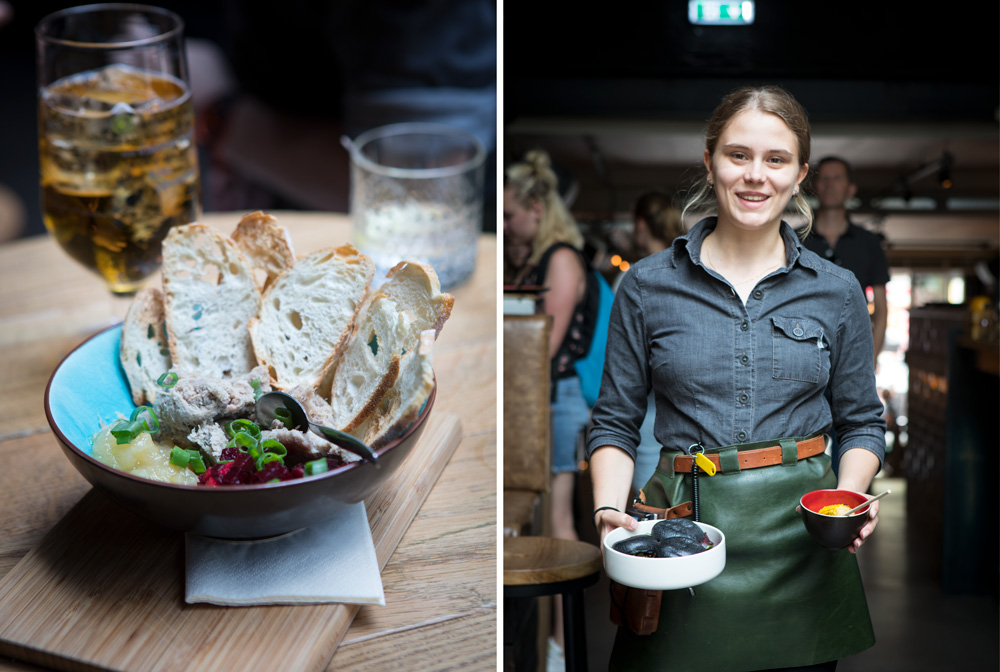 3. Décor for home and body

Brother-sister duo Lieuwe and Itske, ages 24 and 27 respectively, came up with the idea. Being fans of fashion and flea markets (their father was in the business), they opened this spacious shop showcasing their two passions. In a single store, they sell denim and t-shirts, vintage furniture and trinkets, mainly 50s or industrial style. The antiques’ prices are as easy on the wallet as the name of the shop is hard on the tongue: Hardwerk & Fogeltje. Go ahead, say it three times fast! 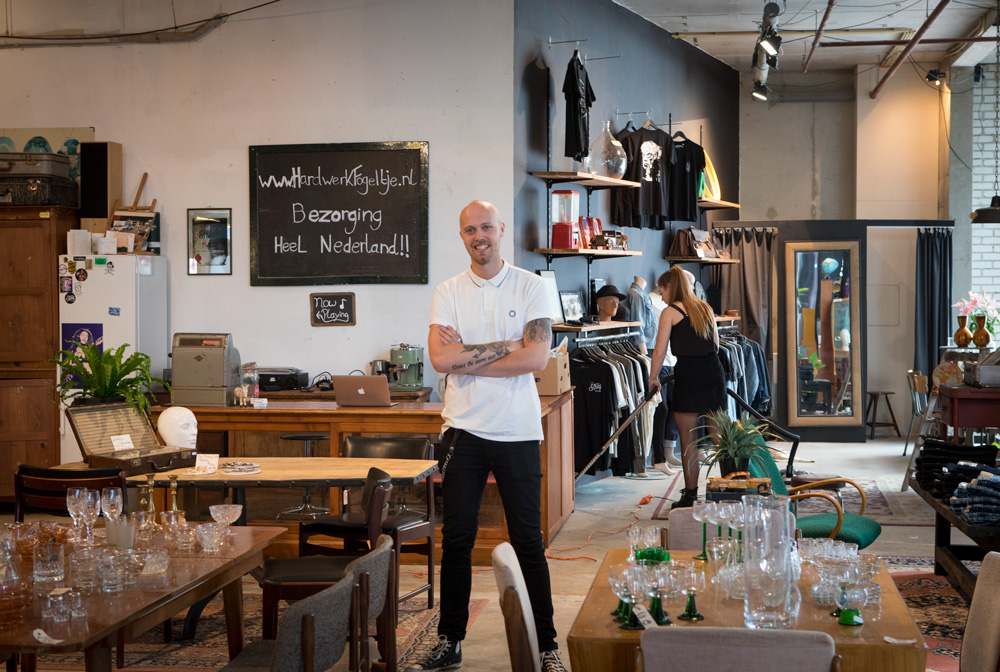 Maria-Louisa van Hessen-Kassel won’t be inviting you for tea, being no longer of this world. But that won’t stop you from visiting her dining room, even her entire palace. The 18th-century residence of this princess of the Orange-Nassau family, is now home to a superb mosaic museum. A vast collection ranging from a 10th-century Chinese celadon bowl to works by Picasso. 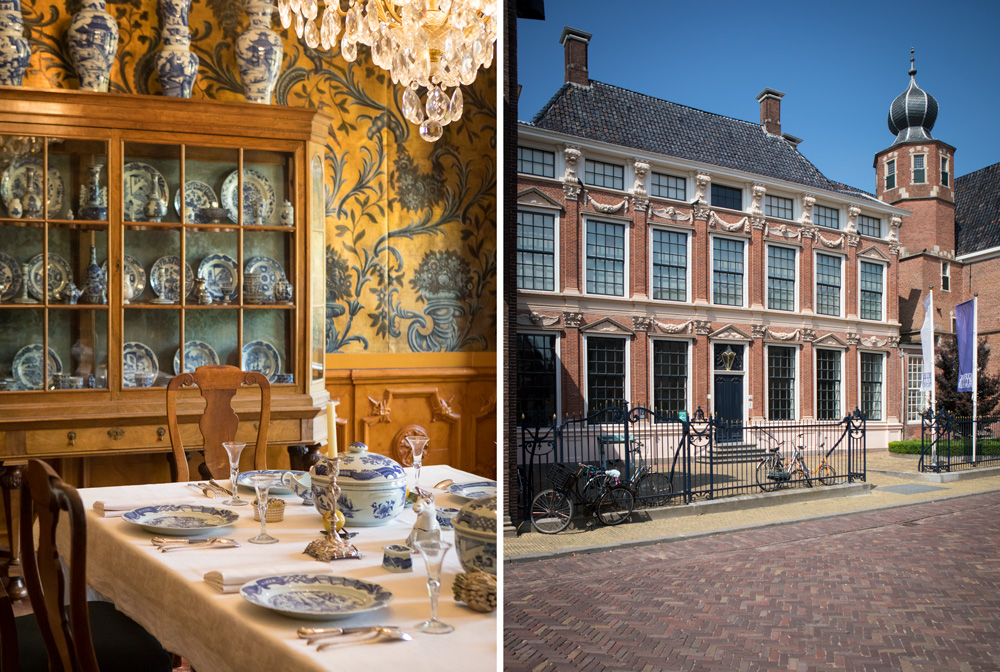 The whole world knows Margaretha Zelle. At least under her pseudonym of Mata Hari. Few people, however, know that this dancer, courtesan, and spy was born in Leeuwarden in 1876. Be it because of her red-walled childhood home, the small city statue of her, or the amazing vintage-car museum whose owner has devoted a few display windows to this legendary lady, the whole city discreetly holds its seductive, secretive native in high esteem. 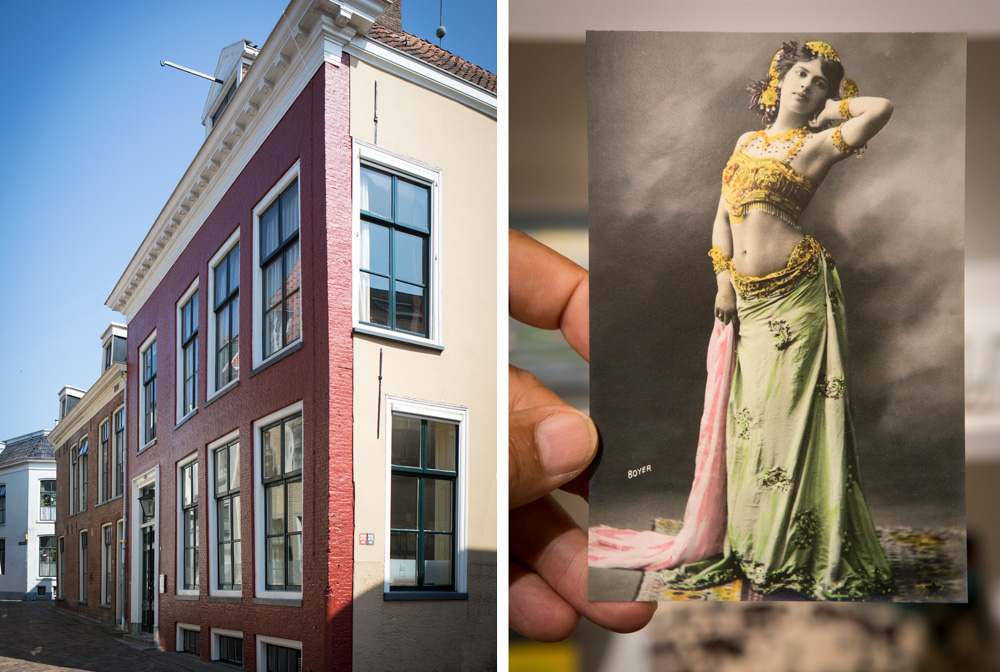 6. Glide beneath an earthenware bridge

No fewer than 7,000 blue-and-white, glazed earthenware tiles cover this bridge spanning the River Murk a few kilometers north of the city. Each tile represents a skater who travelled the legendary itinerary to 11 Dutch cities when all the streams and rivers are frozen by bitter temperatures.  The last such race took place in 1997. The work of art was officially unveiled in 2001. 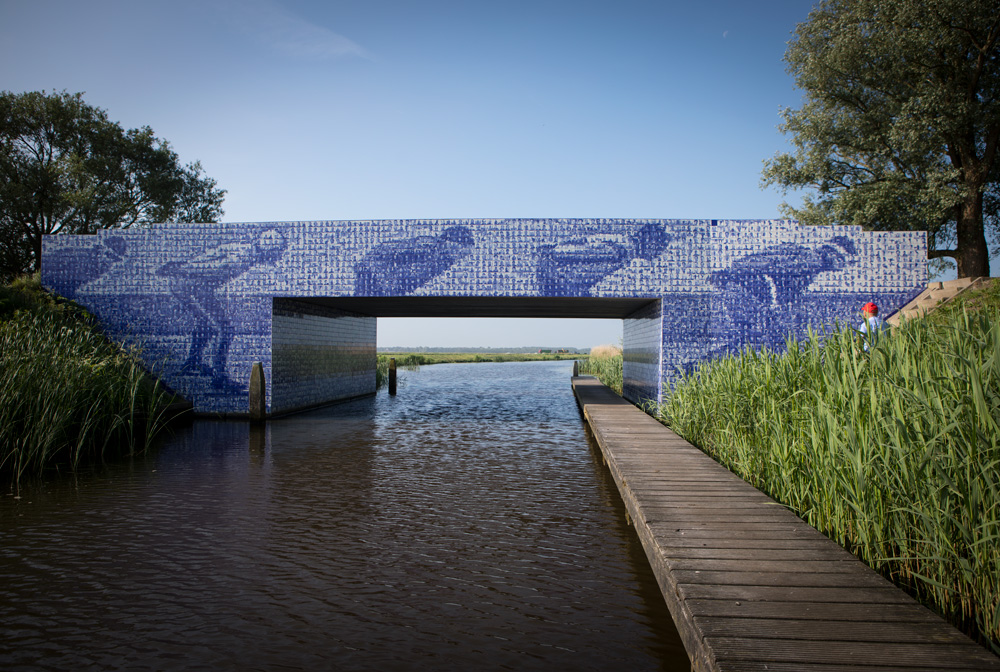 7. Stroll through the Fries Museum exhibits

The sleek, designer-style Fries Museum is a glass-and-wood cube set in the middle of downtown. Its latest must-see display, open through October 28, is on MC Escher, the Leeuwarden-born artist who invented the art of optical illusion. Endless staircases, intertwined animals, and other mind-bending visual feats can be appreciated in this exhibit of stunning imagery. 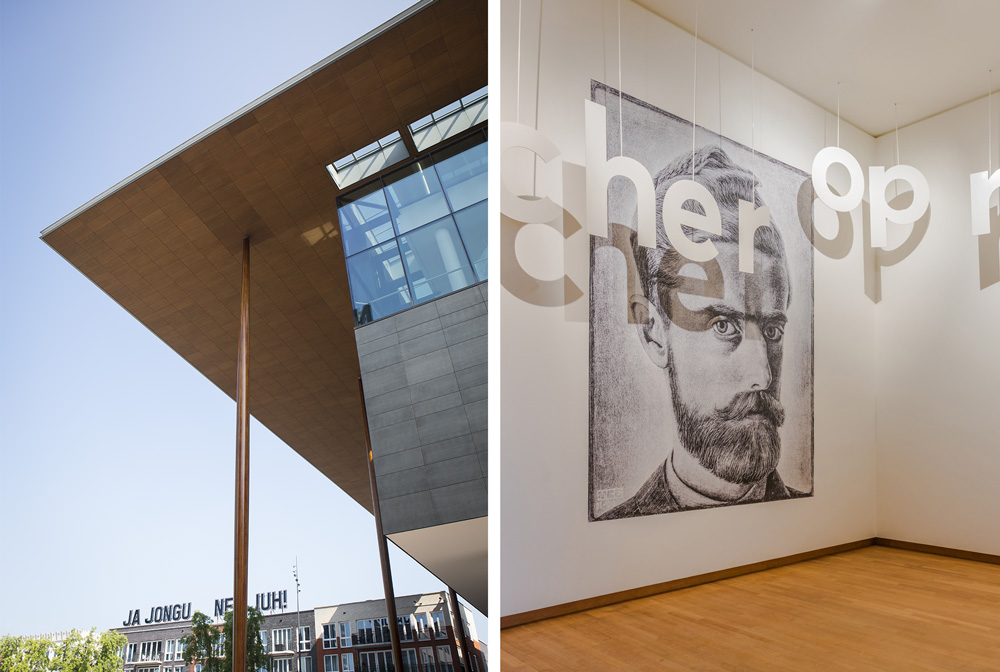 The city has two famous parallelepipeds: one to climb, the other to eat. The first is Oldehove, the tower (poorly) built in 1529. At its top – 40 meters and 183 steps up –, drink in the sublime view and vertigo as you stand in a glass cabin suspended over the void. The other rectangle seen here? Suikerbrood, yeast-based bread with baked-in sugar chunks, a Frisian specialty that can be bought in places like the Salverda bakery. 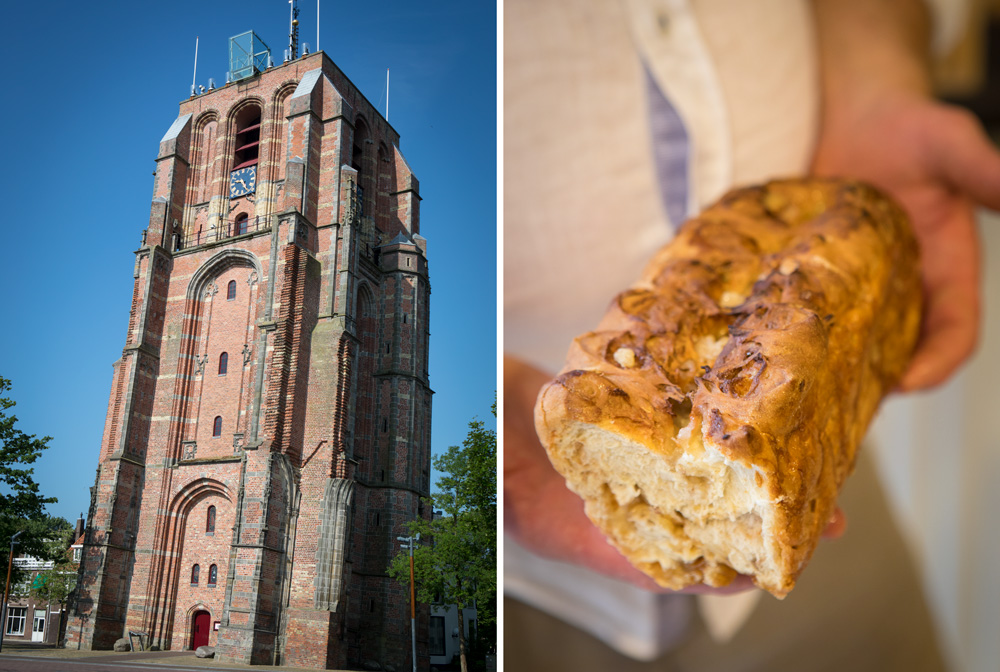 9. Dream beneath an 18th-century wooden sky

A sight that absolutely must be seen to be believed. In the charming little town of Franeker, 20 kilometers west of Leeuwarden, lies a treasure trove: the world’s oldest working planetarium. Amateur astronomer Eise Eisinga designed and built this grand structure in the 18th century in the one room of his home: an extraordinary mechanical ceiling that reproduces the motion of the solar system. Science meets poetry. The site is awaiting inclusion on UNESCO’s World Heritage list. 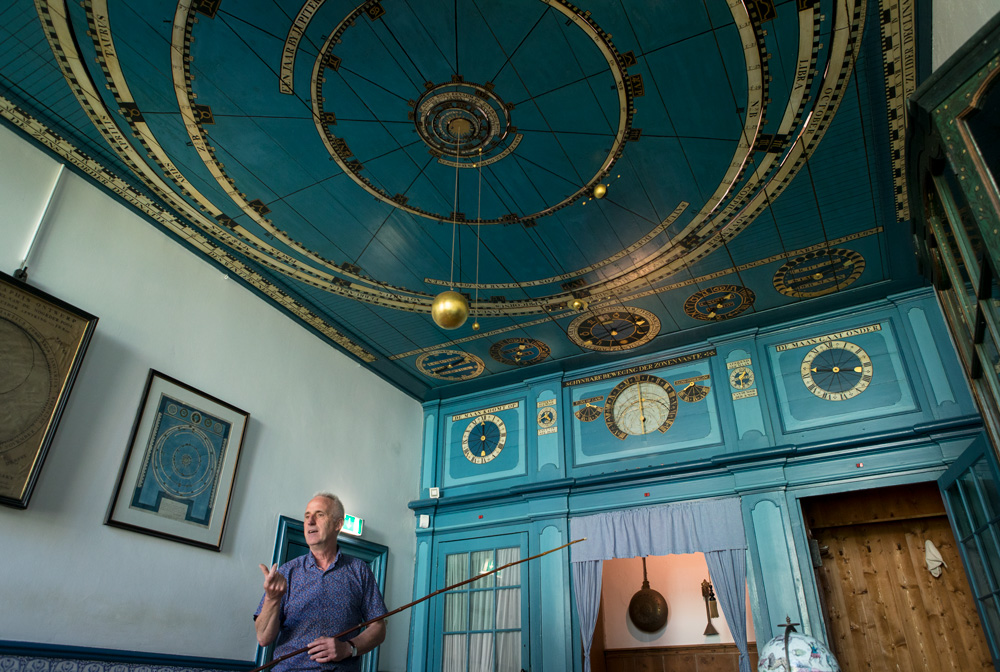 10. Enjoy an epicurean adventure before you leave

Leaving Leeuwarden, as you head to your plane or train to Amsterdam, you really should stop in Giethoorn, at the De Lindenhof Relais & Châteaux property. Last May, Martin Kruithof and his wife Marjan opened a cottage that doubled their number of rooms (now 12!). Deep in the Dutch countryside crisscrossed by canals, the place is renowned for Martin’s two-star culinary talents. Sorrel granita to go with your crab, confit venison ravioli, lemon soufflé. You’ll come back for more! 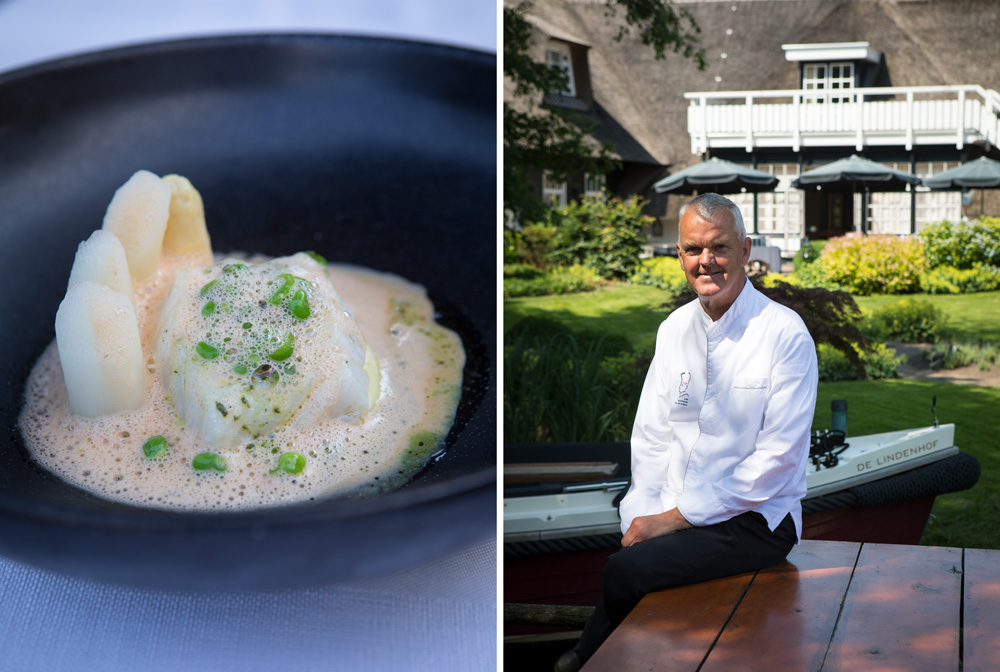