For many, it is the animals of the world that spur them to journey across lands and seas, the wild, unhabituated and miraculously varied Animal Kingdom that lures them from destination to destination.

David Attenborough, for instance, said, “The travel bit is what you have to do in order to go and look at animals.” Because it is through the dancing lemurs and the stalking leopards, the soaring eagles and the gentle elephant herds that we see the place we have ventured to more deeply, and, in turn, the world, life, ourselves.

Madagascar is one of few places on earth where you can still discover new and unknown species, as several visitors to the island do each season. Along the coast of the Indian Ocean island and in the undisturbed Anjajavy Forest around Anjajavy l’Hôtel lives an abundance of surprising animals like none other in the world. Along with endemic chameleons, tortoises and humming birds, is the lemur, the greatest attraction, surely, on account of its peculiarity, charm and fame (thanks to DreamWorks). The hotel is set in a private nature reserve that is home to one of the world’s richest examples of biodiversity: 2000 varieties of plants, 130 bird species and seven species of lemur. Head off to explore the reserve with forest guides or watch lemurs dancing on the lawn at afternoon tea. 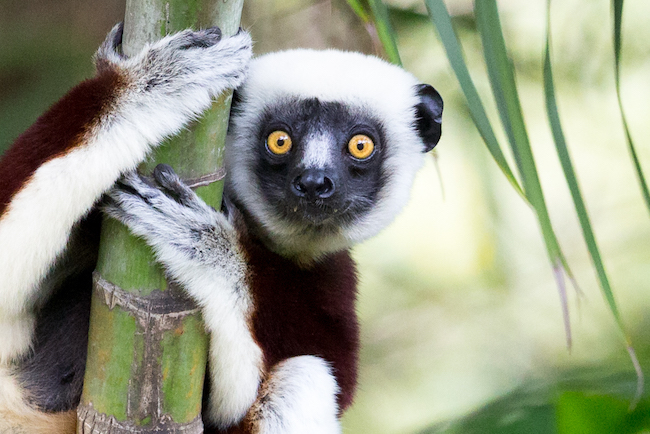 South America's southernmost tip spanning both Argentina and Chile, Patagonia is the land of condors, and puma. A gateway to this wild and immense land, Awasi Patagonia sits on a secluded private reserve on the base of Torres del Paine National Park. Its collection of villas offer views of the forest and Sarmiento Lake and each include a private guide and vehicle, allowing guests to explore the countryside at their own pace, whether on drives, off-the-beaten-path hiking trails or at wildlife viewing lookout points. Look out for wide-winged condors and eagles, foxes, horses, sheep, puma, and guanacos – the largest wild member of the camelid family in South America, related to camels, believed to be the ancestor of the domestic llama, and described by Charles Darwin as “an elegant animal, with a long, slender neck and fine legs”. 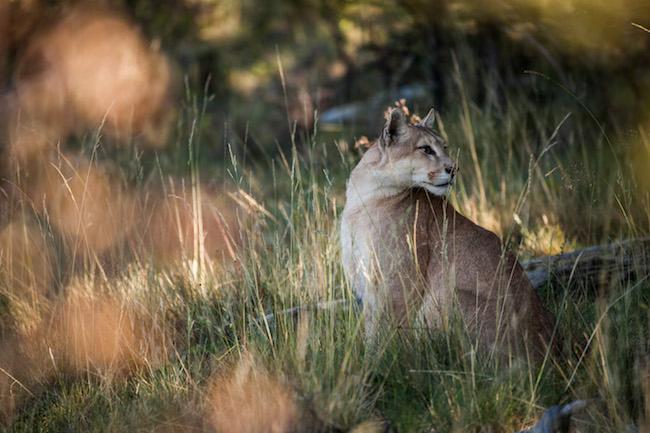 In the heart of the private Kapama Reserve, in Hoedspruit, South Africa (near the Kruger National Park), Camp Jabulani is a sanctuary for animals. The lodge was named after the first baby elephant adopted by the owners, who was soon joined by other orphaned elephants from Zimbabwe. Set beside a dry riverbed, against the backdrop of the Drakensberg Mountains, Camp Jabulani, was born of the need to give a herd of rescued elephants a future. Guests can explore the terrain on private game drives and bush walks and encounter the Big 5 – lion, leopard, rhino, buffalo and elephant – and the other wildlife that reside in the reserve, such as wild dog, zebra, giraffe, antelope, and an abundance of birdlife. But perhaps the most special activity here are the elephant interactions, led by experienced handlers whose respect for the animals can be felt immediately. This is the closest you will come to these gentle giants of the African wild. 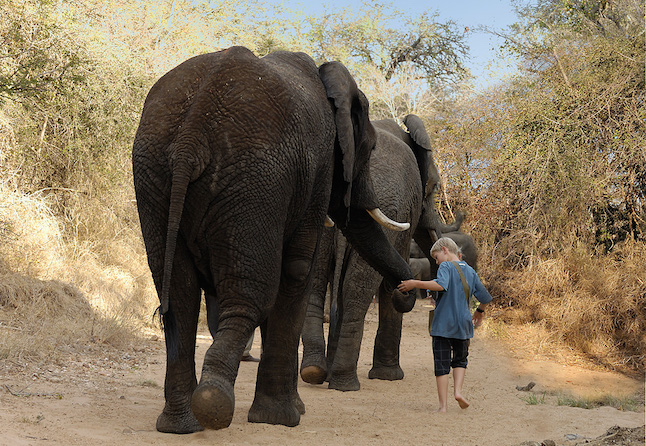 4. Land of the leopard

It is perhaps its assured promise of leopard sightings that make the Londolozi Private Game Reserve in South Africa so unlike any other, but its attraction also lies in the other wild animals you will meet here. The lodge’s three Relais & Chateaux camps are set on the banks of the Sand River in the Sabi Sand Game Reserve, within the Greater Kruger National Park – home to 147 mammals, 114 reptiles, 34 amphibians, 49 fish and 507 trees. Londolozi’s experienced rangers and trackers take guests out on private game drives, both day and night, and on bush walks, to get even closer to nature’s wilder beings. The beauty of the Sabi Sand is that, as a private concession, there are fewer vehicles, more chances for intimate animal encounters and rangers are allowed to go off road and to explore the area after sunset, opening up a whole world of unique nocturnal life, for instance, the spotted hyenas, snakes, scorpions, chameleons, large spotted genet, lesser bush-babies, wild cats, porcupine, leopard, lion, white-tailed mongoose and the elusive aardvark and pangolin. 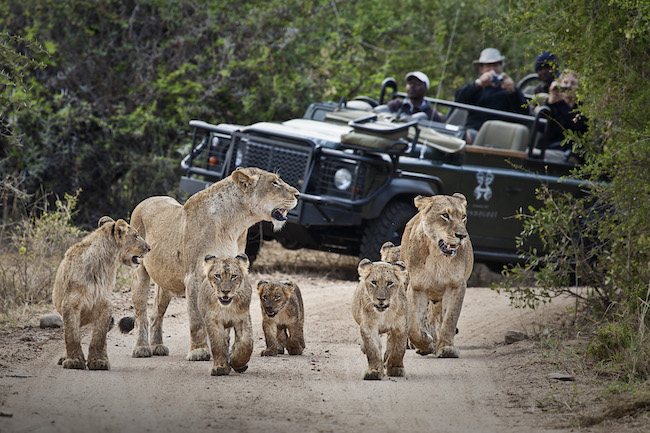 “Sometimes, you can see a condor flying so close that you can hear its wings cutting through the air,” says Roberto Raimondi, the Outdoor Excursions Manager for Eolo - Patagonia's Spirit. It is surely the birdlife at this lodge, set in a 4,000 hectare estate between El Calafate and the Perito Moreno glacier that makes it so special in terms of wildlife viewing. Its vast unspoiled stretches of nature attract the birds of the skies in abundance, to share in the incredible views of glaciers, the largest lake in Argentina and the Andes Mountains with guests. 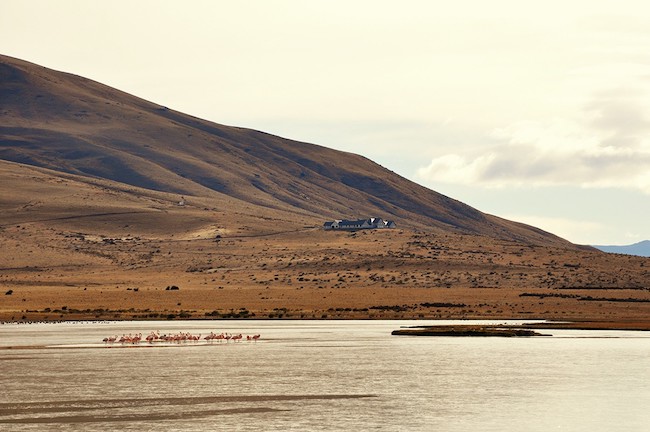 6. This is predator country

The Mara Plains Camp lies in the heart of a private conservancy, on the northern border of the Maasai Mara in Kenya, home to the Great Wildebeest Migration (the largest migration of mammals in the world. Set on the banks of the Ntiakitiak River, its setting means guests live as close to nature and the local wildlife as possible. Safari guide, Tirian Koya, describes a typical day at Mara Plains, “Heading out in the early mornings light, one of the dominant male lions lets out his bellowing roar, you can see the warm mist blowing out of his mouth as it takes your breath away. As the sunlight peaks through, the conservancy bursts with life. There is truly never a dull moment out on safari. Big to small, each of the animals are regarded as important as one another, from the colourful chameleons, beetles and birds to the large elephants, big cats and buffaloes. Spending the day following these incredible creatures allows you time to see their stories unfold and gain a better understanding of the beautiful circle of life.” 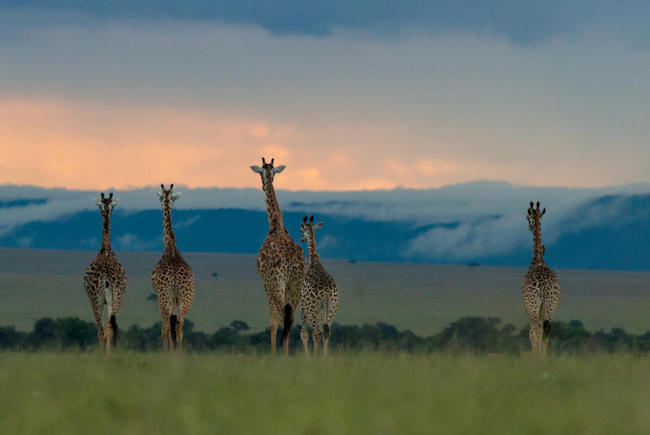 The Ranthambhore Tiger Reserve is considered the finest habitat in the world to see tigers in the wild. Guests staying at Sher Bagh, a pioneering camp of luxurious tents beside the world renowned reserve, are ideally situated here for game drives and excursions into this unique wilderness. The reserve is also home to other unique wildlife, including a good population of leopards, striped hyenas, common or Hanuman langurs, rhesus macaques, jackals, jungle cats, caracals, blackbuck, Blacknaped hare, chinkara and sloth bear, to name a few, as well as around 272 species of birds. 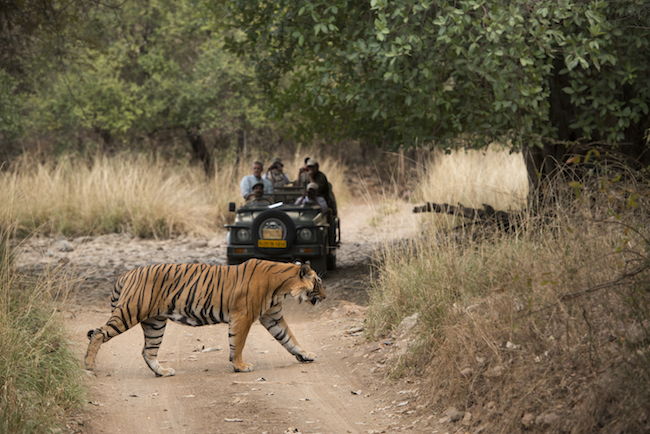 Ol Donyo Lodge is one of Kenya’s premier wildlife destinations: the private 275,000-acre Mbirikani Group Ranch in south-eastern Kenya. Between Tsavo East and Amboseli National Parks and next to Chyulu Hills National Park, the lodge looks out over the distant and always impressive Mount Kilimanjaro. You can go on safari in a variety of ways here, including on day or night game drives, bush walks, horseback or bicycle, cycling across the savanna, and even while enjoying a bush breakfast or dinner in the open plains, or on a sleepout on the rooftop terrace star bed. Look out for some of Africa’s last giant elephant bulls roam freely, the big cats - leopards and lions – giraffes, antelope, and other wild animals. 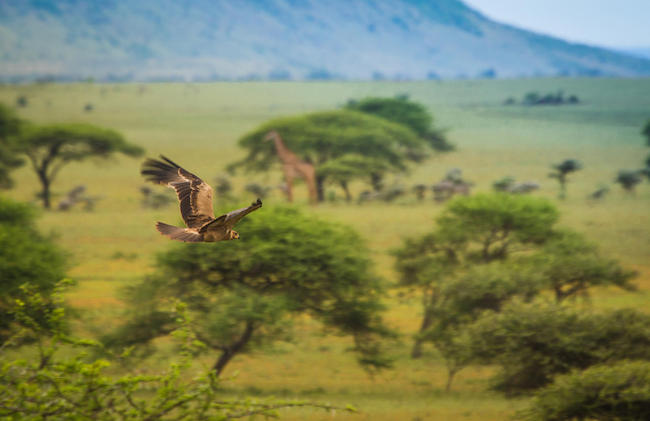 “Virtually alone in the world, with animals all around,” is how Maître de Maison, Pierre van Zyl and Antoinette Oosthuizen describe it. Set in the private 320 000 acre Selinda Reserve in northern Botswana, Zarafa Camp and its new villa, The Dhow Suites, sits beneath the trees on its own little island in the Zibadianja Lagoon. The camp was created by two safari enthusiasts who understand the call of the wild more than anyone, National Geographic photographers, Beverly and Dereck Joubert, who also founded the Great Plains Conservation’s Mara Plains and ol Donyo Lodge. On private game drives, bush walks and boat trips through the rich woodland and waterways of the Selinda, you can come close to elephants, buffalos, cheetahs, leopards, lions, hippos, giraffes and antelopes, various predators and 300 species of bird, including the rare African skimmer, the African Fish Eagle and the Pel’s fishing owl. 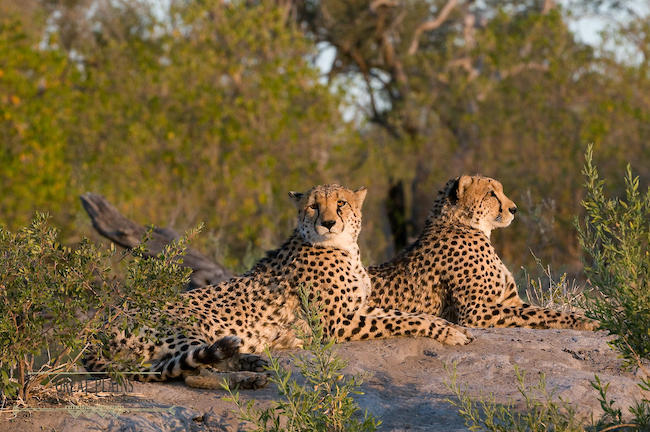 In a Pacific Archipelago on Sonora Island in Canada, the Sonora Resort is only accessible by sea or air. The land is as wild as the life that towers on its trees and surfs in its currents– from the eagles to the whales and sea lions. Days are spent fishing – in of salmon and trout, hiking, observing grizzly bears in their natural habitat, and exploring the surrounding islands and inlets on eco adventure tours with experienced guides. 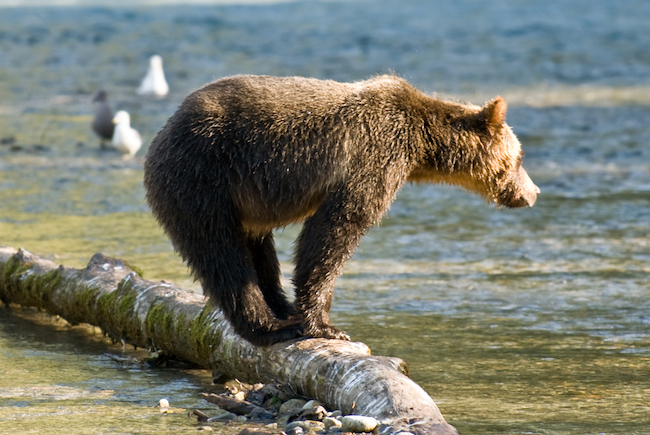