In our series featuring the forgotten vegetables, introducing some variety into the kitchen for the last chilly days, we move onto the neglected salsify plant and its cousin, scorzonera, two root vegetables with a long history.

NOT QUITE LOVE AT FIRST SIGHT

In our pursuit of the forgotten vegetables of the world, I had heard of most of the roots and tubers that we unearthed. But this was a new one to me.

“It is not only the shops to blame, but the select few already in the know.”

First, I had to find it. This is not an easy feat and is the sad truth of our forgotten vegetables – the most comprehensive of supermarkets and the most refined farmer’s markets of the world seem to have forgotten them. Having yet to uncover one, it is my thinking that it is not only the shops to blame, but the select few already in the know. Those who are happily keeping hushed, the way we do about those rare mountain caves or coffee spots that are too good to share.

Having resorted to images on foodies’ blogs, I can confirm that this parsnip lookalike is both unique and boasts qualities worth getting to know – even if it’s not love at first sight.

“You didn’t think that they grew out of a can, did you?”

Perhaps you have heard of the salsify, but don’t recognise the brown root before you. That’s because in the school canteens of your childhood they were always presented in small, neat white segments. You didn’t think that they grew out of a can, did you?

Before we talk about taste, we must look at the two types of salsify. 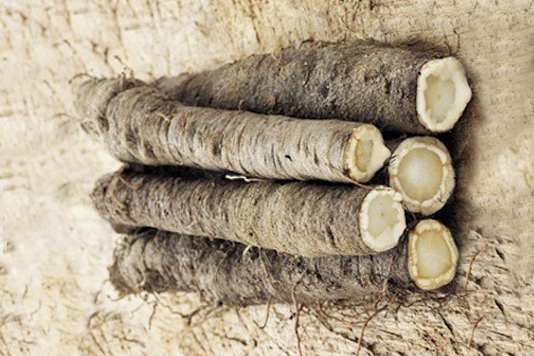 Did those tiny buds on your tongue perk up at the sound of “oyster”? Well, tell them to sit back down. The oyster plant or black oyster plant gained their names due to an alleged similarity between the marine delicacy and our subject. While some can discern this hint of the bivalve, others detect nothing of the sort and liken it, instead, to artichoke hearts.

Native to the Eastern Mediterranean, the bright purple flowers of the common salsify was first cultivated in the 1500s in Italy and France, and later popped up in central and northern Europe. In comparison, the dramatic scorzonera hails from a larger area of Europe and Asia and was first grown in the 17th-century in Spain.

In the 1900s, the unassuming vegetable fell out of favor (names like goatsbeard and serpent root surely don’t help), replaced by tastier, prettier roots. 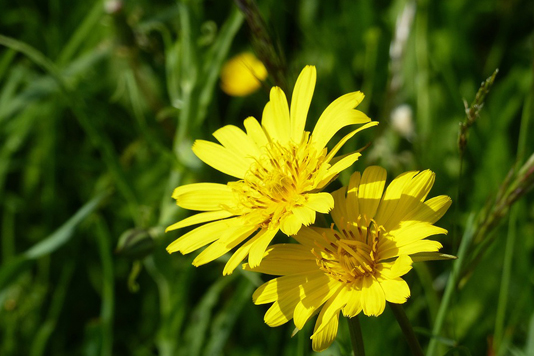 Salsify and scorzonera can be used interchangeably in cooking. Once you peel them, they become easier on the eye, with a snow-white flesh. Boil or steam them, mash them or cut them into thin strips and fry like potato chips, or add them to your soups and stews. Here are a few dishes for inspiration:

- Fugu and its soft roe in crunchy potatoes, caramelised salsify and a vegetable juice, Chef Hiroshi Yamaguchi's signature dish for the past 10 years or so, at Kobe Kitano Hotel in Hyogo-ken, Japan.

- Smoked salsify, from Colin Bedford of The Fearrington House Restaurant, who says, “We always have a bacon dish on the menu. We like to serve it with fruits, like apples and vanilla or Medjoul dates, or with a sesame sauce, a strawberry salsa, radishes and a purée of onions and smoked salsify”.