People say that it takes three times for our brains to register something that we hear or read about, however, when two chefs friends with soaring standards tell me that I should visit a restaurant, it goes straight to the top of the list, underlined and in bold.

Tarajia Morrell is a freelance journalist who grew up at the table. In 2011, she started her blog, The Lovage, where she writes about her eating adventures and shares her work for publications such as the Wall Street Journal, Saveur and Conde Nast Traveler.

La Grenouillère, chef Alexandre Gauthier’s Michelin starred restaurant and hotel in Madeleine-sous-Montreuil, surpassed even my teetering expectations. Gauthier grew up there, and his obvious connection to the locale is apparent in every detail, both edible and aesthetic. 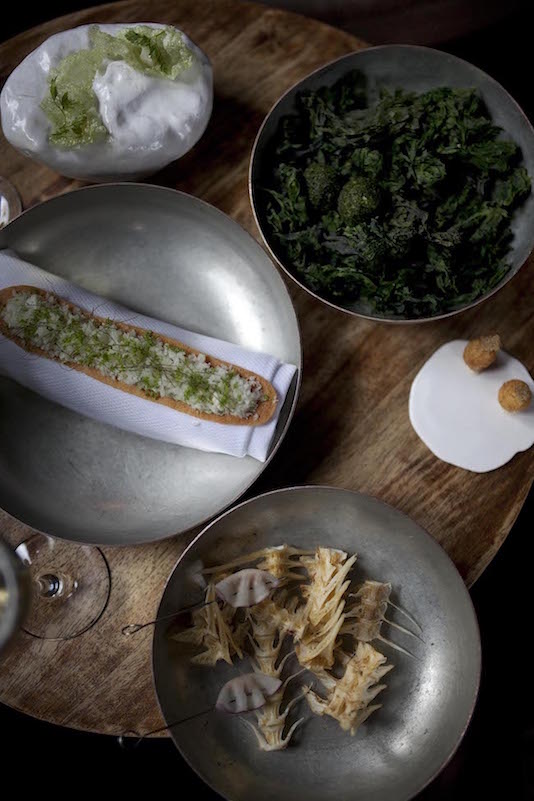 We begin in the low-ceilinged old tavern dining room, home to the original La Grenouillère, helmed by the chef’s father, where disarming frog tchotchkes rest on every sill and mantel. Champagne and amuse-bouches of cod liver & radish skewers, quail eggs rolled in herbs resting in a nest of local seaweed, carrelet tapioca & sundry other one-bite delights set the mood. Then we are ushered into an adjacent modernist tent-shaped dining room, where every object, from the knife rests and the hand-hewn ceramic plates, to the graceful tables and natural leather chairs, speak to Gauthier’s precise visual principles. 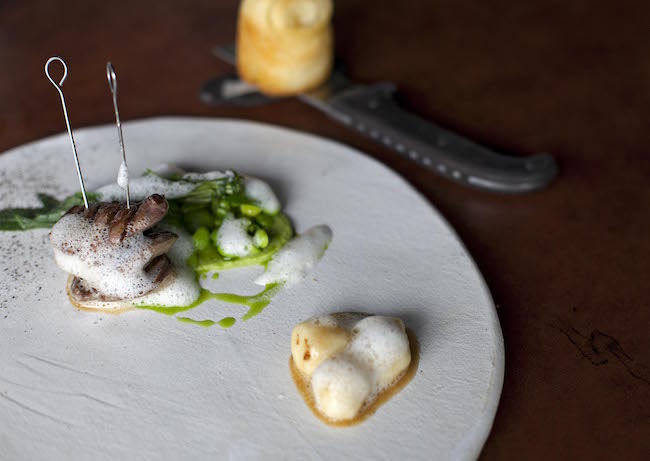 The inventive dishes sing of the nearby sea: a salad of mellow marshmallow (yes, marshmallow, though homemade and not too sweet) with cucumber, watercress and an emulsified anchovy-tripes de poissons vinaigrette is surprising and brilliant. His knack for uniting unexpected elements also proved adept in a combination of langoustine & watermelon in a rich, fragrant broth dotted with pearls of langoustine-infused chili oil. 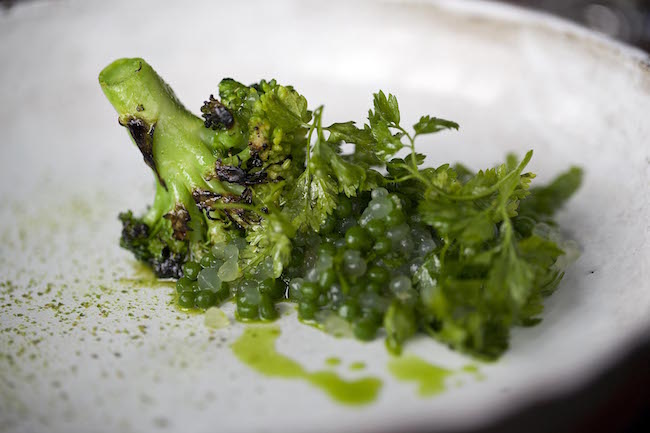 The fish-focused food is the jumping off point, but there’s balanced brightness across the board. Grilled broccoli with mullet roe; just-seared duck breast with wilted arugula and gnocchi; and an audaciously sensual single ravioli that exploded with artichoke purée and vanilla-infused liquid butter as we gulped it. 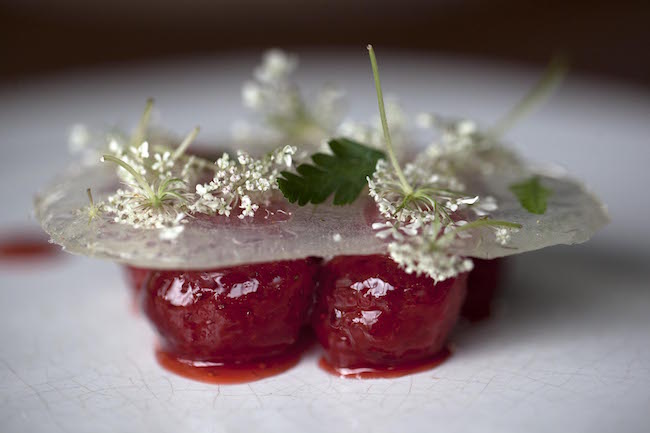 After lunch, we meet Alexandre and he walks us through the gardens, which are delightfully untamed: un-pruned wild flowers and grasses bordering more manicured paths. This juxtaposition of nature’s savage strength and man’s creative dexterity is a continuation of the edible themes, where Gauthier unites flavors and local produce in astonishing ways. 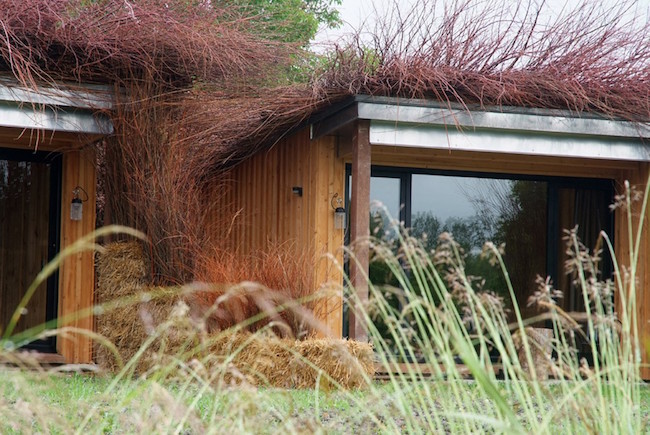 Winding tracks lead to structures that are single hotel rooms: modest on the exterior but sexy and modern within. Here too Gauthier’s appreciation of nature and keen eye for design is apparent in every object. Equal distances from London, Paris and even closer to Belgium, this froggies haven is it’s own little world, where nature and hunger are both celebrated and satisfied. 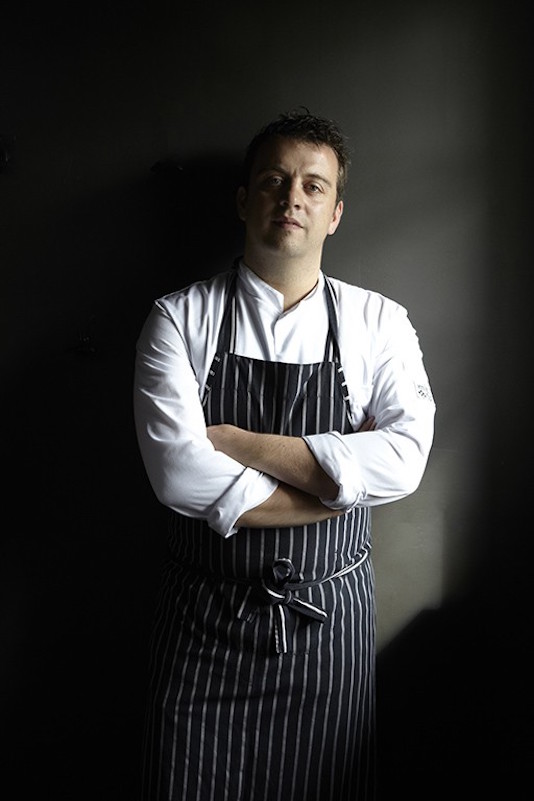