As much as there are the oenologists, whiskey connoisseurs, gin enthusiasts and health juice fanatics, there too are the tea devotees. Discover more about this special plant on a trail through the tealands. 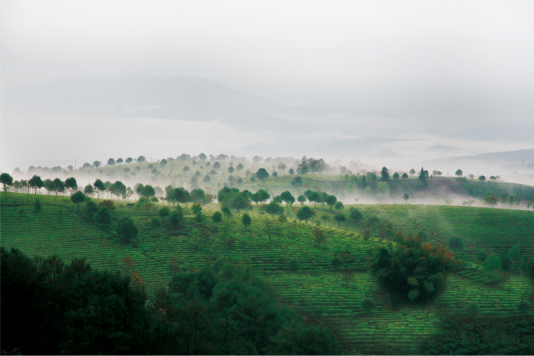 IN BRITAIN, A CUP OF TEA IS THE ANSWER TO EVERY PROBLEM. In the East, it is the drink of health, not only of body, but mind – an act of meditation. “Drink your tea slowly and reverently, as if it is the axis on which the Earth revolves – slowly, evenly, without rushing toward the future,” Buddhist monk, Thich Nhat Hanh, opined. It is a companion to rainy days and sunny, enjoyed in solitude or in company. It is the drink of workers as much as intellectuals. It transcends class and creed, culture and color. And while enjoyed across the globe today, its history began many, many years ago in the land of the Orient.

“Drink your tea slowly and reverently, as if it is the axis on which the Earth revolves.”

In The Book of Tea, Kakuzo Okakura writes, “Tea began as a medicine and grew into a beverage. In China, in the 8th-century, it entered the realm of poetry as one of the polite amusements. The 15th-century saw Japan ennoble it into a religion of aestheticism — Teaism.” 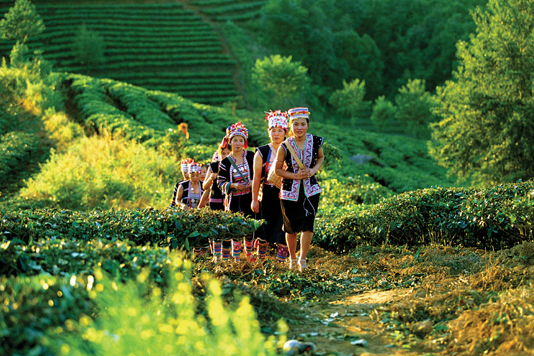 “The outsider may indeed wonder at this seeming much ado about nothing,” Okakura continues, “What a tempest in a tea cup! he will say. But when we consider how small, after all, the cup of human enjoyment is, how soon overflowed with tears, how easily drained to the dregs in our quenchless thirst for infinity, we shall not blame ourselves for making so much of the tea cup.” 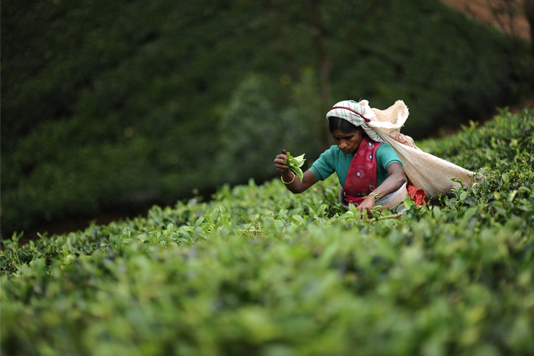 Perhaps you had never given your daily cup of Earl Grey Green Tea or Darjeeling Black Tea a second thought. Never peeked into the life behind the leaves, the path it took to find you, or its effect on the palate, sip after sip. But there is a whole other world to this ancient drink, a history that has spanned centuries and continents.

“A drink worth exploring…”

Pu-erh tea, fermented or unfermented, raw or ripe, roasted caravaner tea, Ceylon tea with milk or plain, tea from the mountains near Nilgiri, Masala spiced chai, tea is considered the most popular drink in the world. A drink worth exploring… As such, Relais & Châteaux has created a new tea trail to take travelers on the journey of tea through Asia. 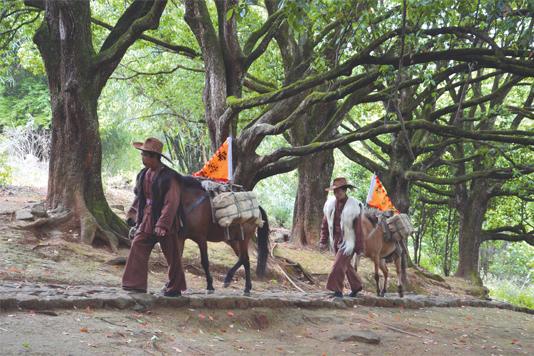 THE ROUTE STARTS WHERE TEA FIRST ORIGINATED, in China, at the first plantations in Xishuangbanna, and continues to follow its history as it moved down caravan routes along the legendary Tea Road to Tibet and spread to the island of Sri Lanka and eventually the markets in southern India. It showcases the diversity and beauty of the varied cultures of tea, with seven unique destinations: the Bolian Resort & Spa Kunming, Bolian Resort & Spa Jingmai and Bolian Resort & Spa Tengchong in China; the Ceylon Tea Trails and Cape Weligama in Sri Lanka; and in India, in Kerala, Purity, on the banks of Lake Vembanad and the Malabar House, in Fort Kochi.

Along with the pleasure that the drink brings, the Tea Trail is founded on a desire to preserve. It aspires to protect and share the biodiversity and local heritage, customs and traditions of the different tea regions, as well as to acknowledge the families whose lives have been entwined with tea for generations. For instance, Mrs. Lau's Bolian Resort & Spa in the Yunnan province of China, the Fernando family's estates in Sri Lanka, and the residences of Joerg Drechsel and his wife, Txuku Iriarte, in Kerala.

Like the oenophiles and their wine, to really taste all the subtleties of the teas of the East requires acute senses. This trail through the tealands is just the beginning, an awakening to the secrets of the leaves as well as a chance to explore China, Sri Lanka and India, to connect with the land, the people, and yourself.