Bladnoch is Scotland’s oldest private distillery. After operating for the past 200 years in the Lowlands in the south, it nearly disappeared – until a young Australian entrepreneur, David Prior, fell in love with it and decided to give it new life. 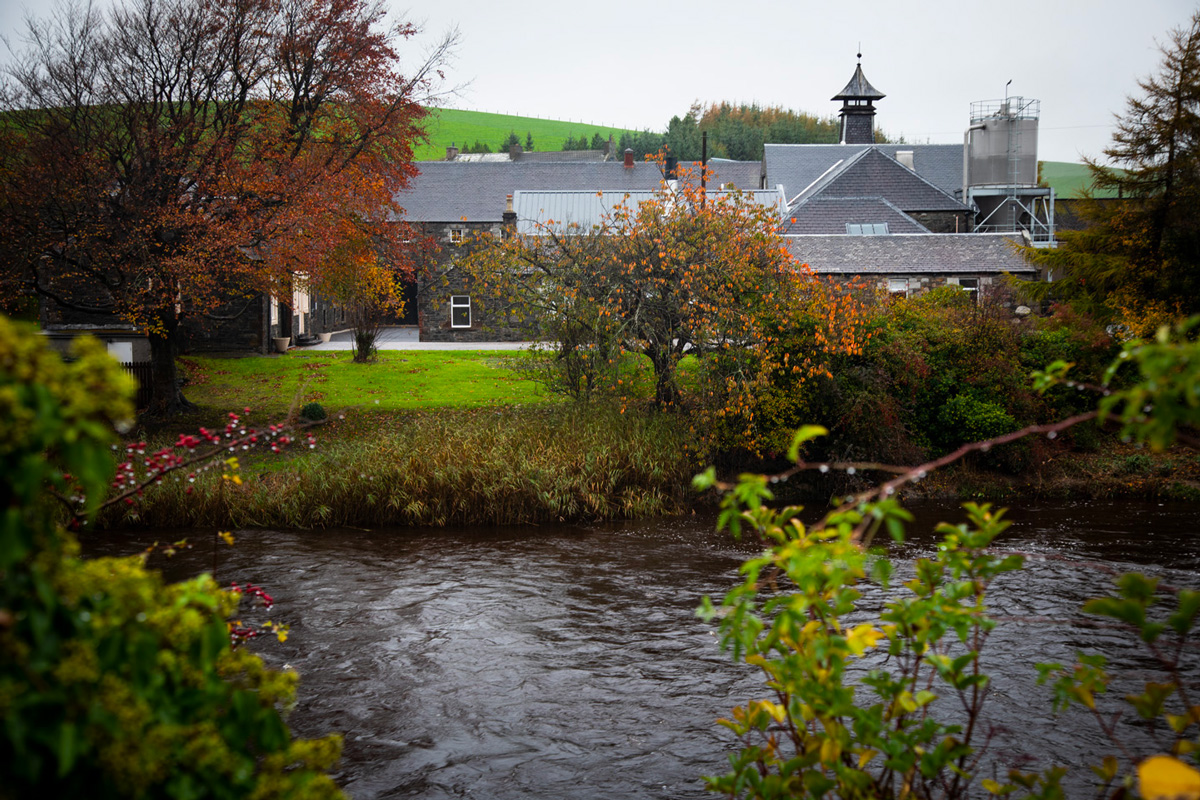 Local records say that, back in 1674, a whale swam up the River Bladnoch and became beached on the sand, saving the inhabitants from that year’s famine. Today, though there are no cetaceans in sight along this waterway that meanders through the meadows, the river is still a source of wealth for the small Scottish village that bears its name. It is this pure water that, for two centuries, has been used to distill a fine whisky hailed by connoisseurs. 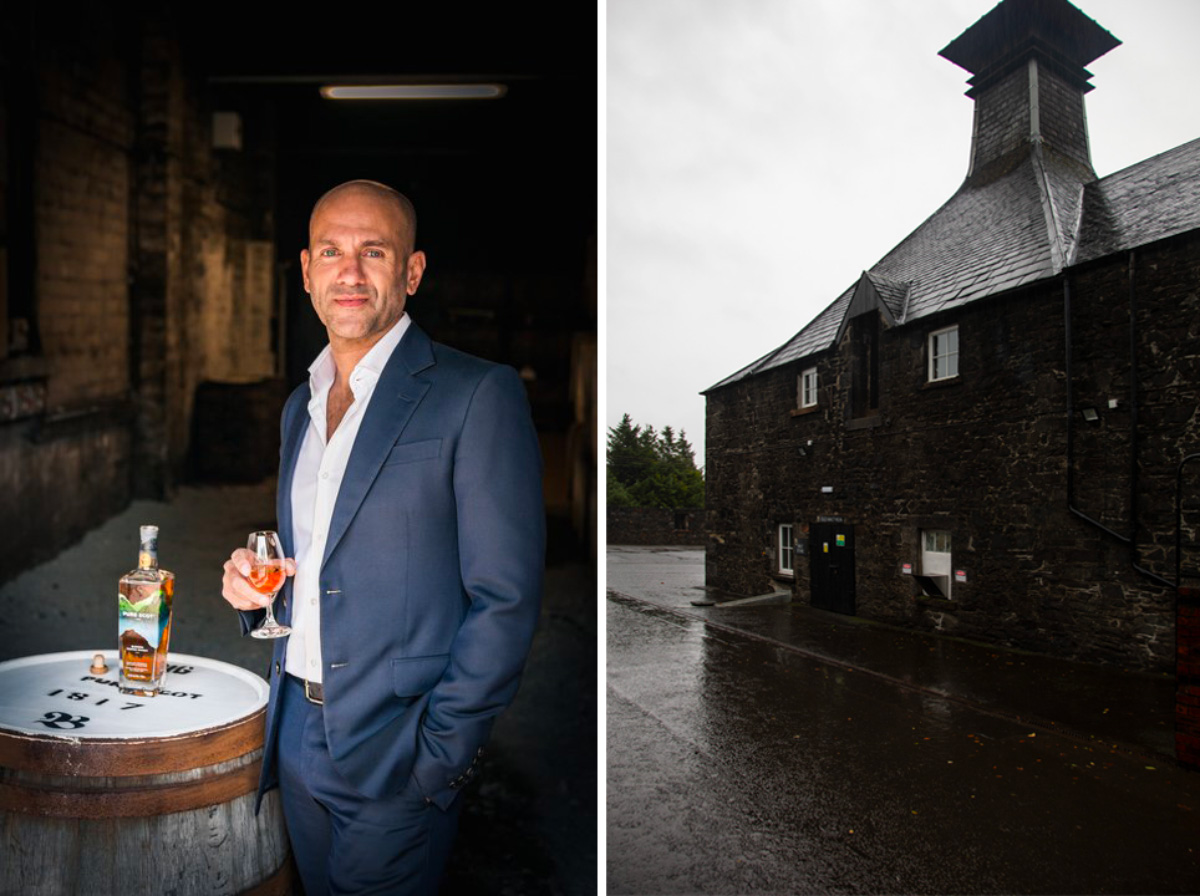 Bladnoch Distillery, with its dark stone walls and towering, pagoda-shaped chimney, knew a sometimes difficult past.  Production even ceased entirely for six years, until David Prior purchased the site in 2015. Before taking that step, this young Australian entrepreneur, who surfs in his spare time, earned his fortune in Melbourne in organic yogurt! Long a devoted fan of the whisky of Scotland, the homeland of single malt, he fell in love with this dormant distillery. 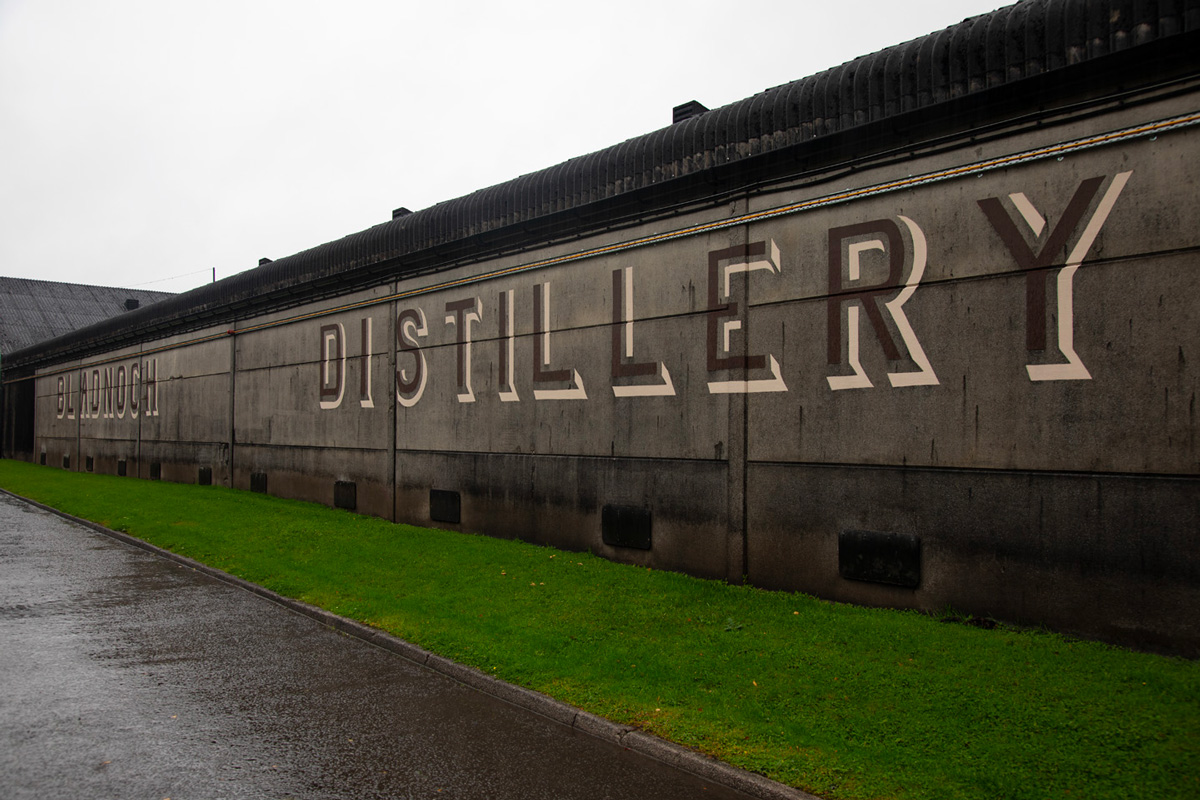 Most importantly, though he is gradually renovating the place, David’s purchase of the distillery meant the acquisition of a veritable war chest. For in the depths of these long, gray sheds lie thousands of oak casks in which the whisky slowly matures. The spirit forges its character here, taking on aromas of coffee, nuts, and licorice. 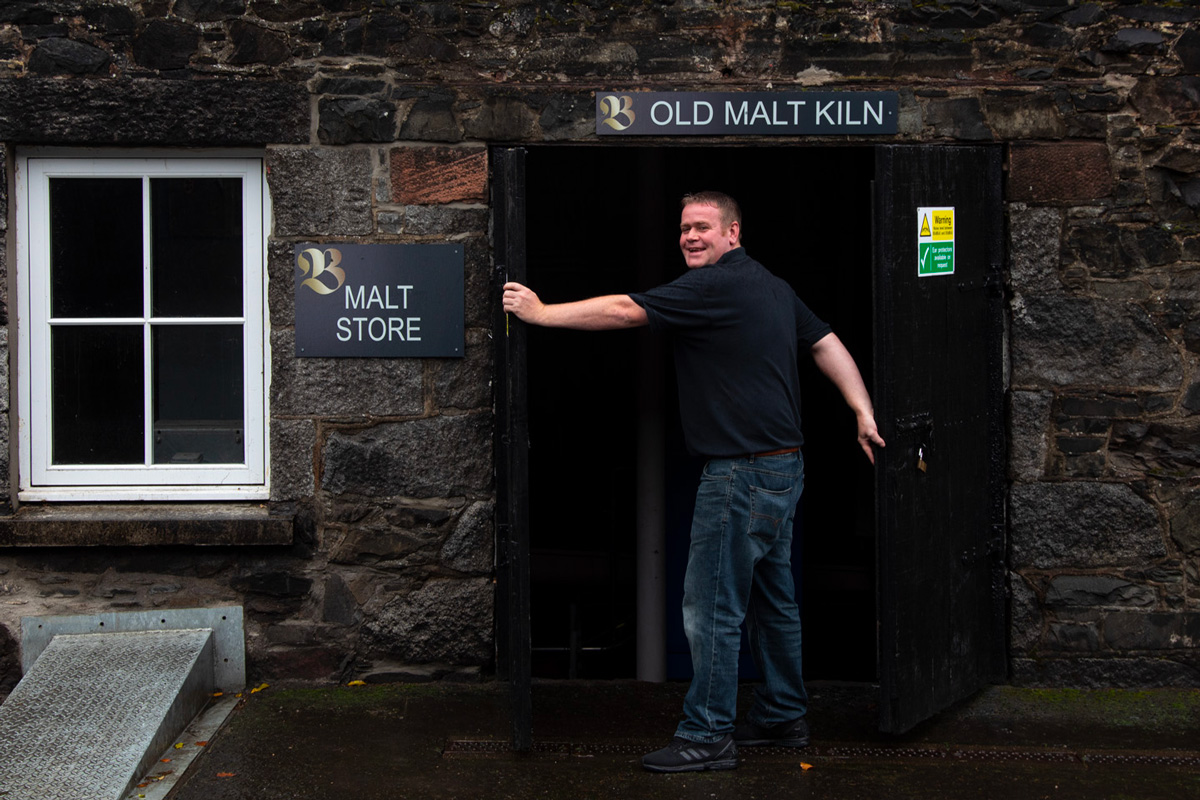 It all starts here, at the entrance to the big hangar, where Neil stands ready to guide us. This is where the barley – first malted by being moistened, dried, then roughly ground – is brewed in an enormous tank. The water from the river, heated from 60° to 85°C (140-185° F), is mixed with this crushed malt (the grist) to gradually cause it to release its sugar and flavors. 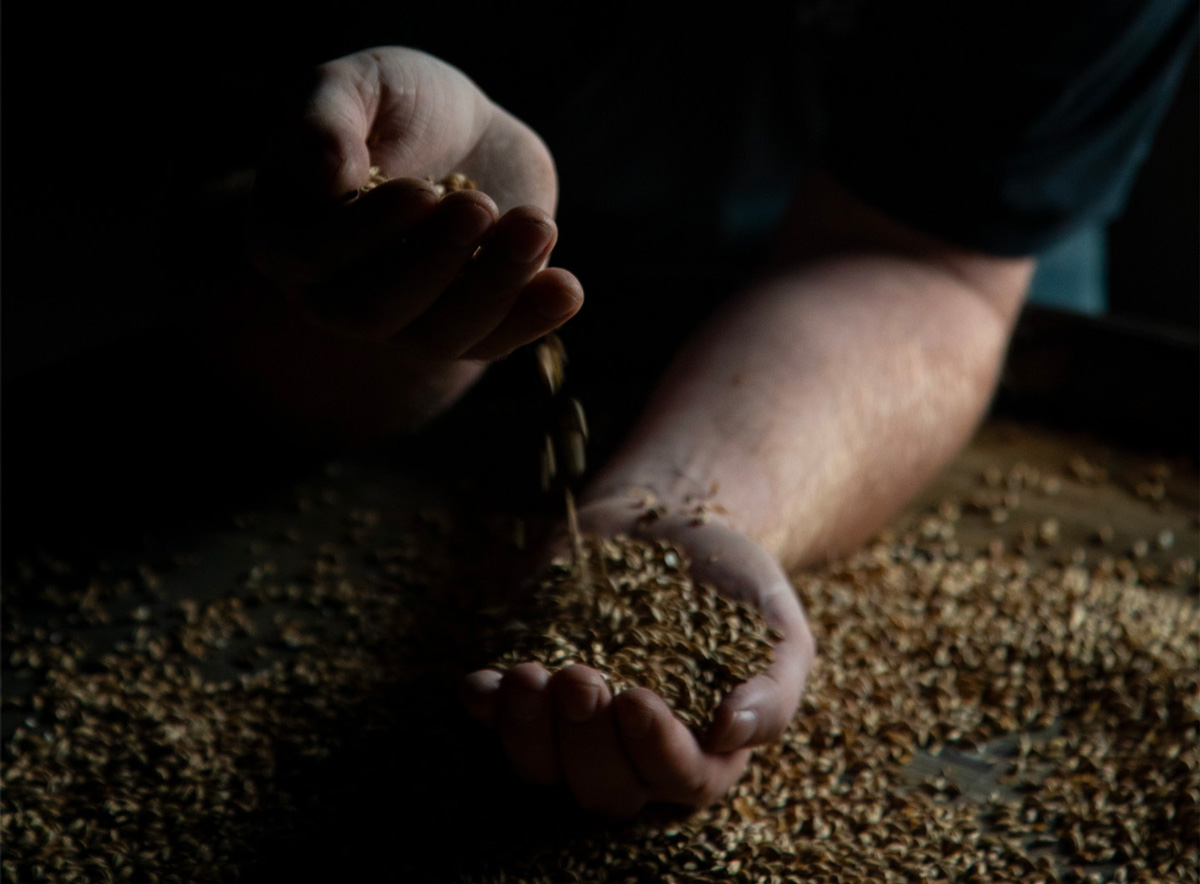 Like the water taken from the nearby river, the barley – sourced from local producers – is one of the essential elements that give whiskies their distinctive character. Those in the Lowlands, like Bladnoch, have earned the reputation of being mostly dry and light, usually with subtle herbaceous notes that are their hallmark. 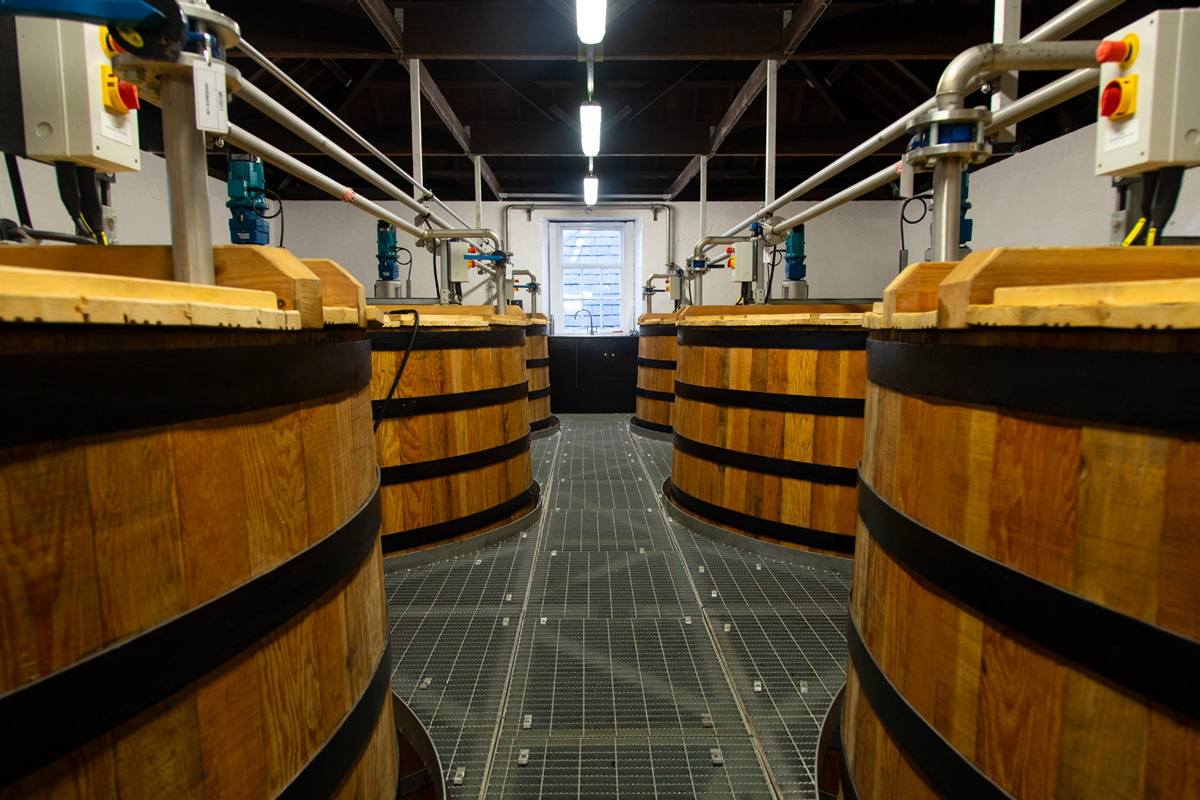 At the end of the brewing process, the water-malt mixture is cooled to 20°C (68°F) and transferred to these huge, 25,000-liter vats made from Oregon pine, what are known as “washbacks.” This is where the whisky will ferment for two to three days. Here, the beverage’s last ingredient is added – yeast – the proportions and variety of which are each distiller’s closely guarded secret. 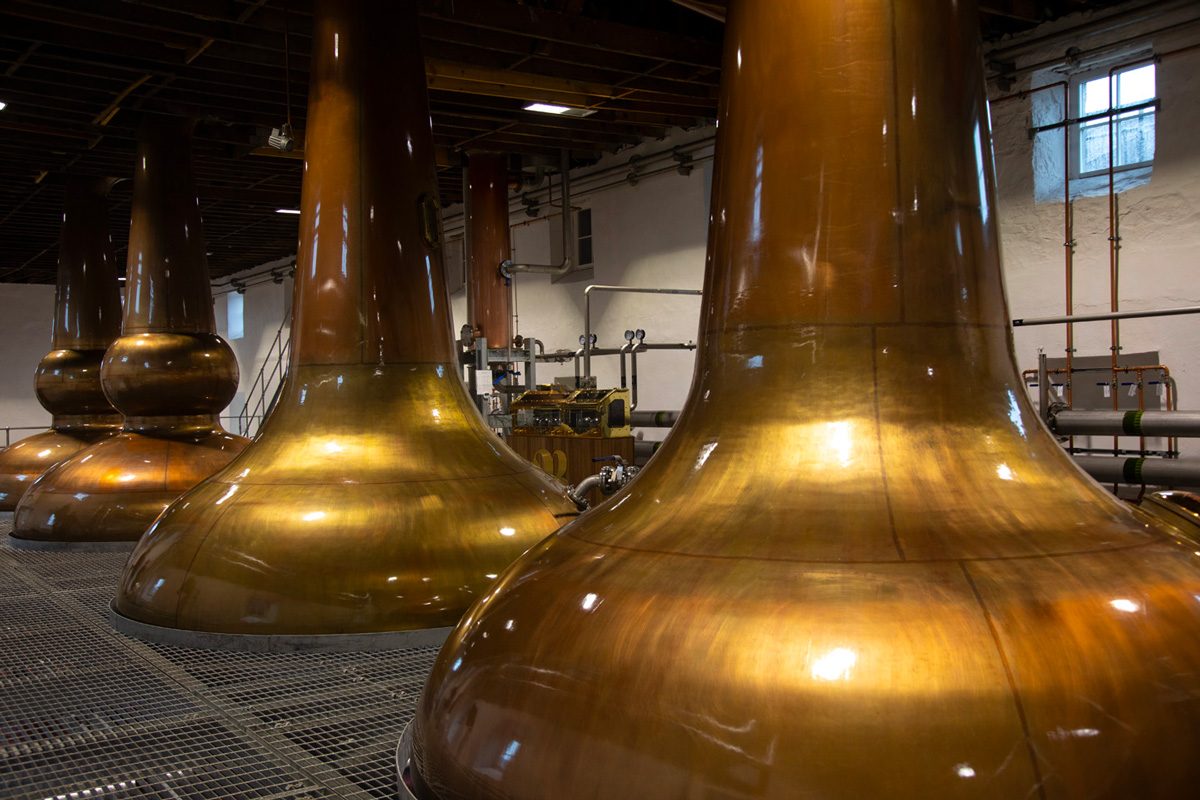 With only minor alcohol content at this point (about 8° on the OIML scale), this whisky moves to the still room, where it will be twice distilled in these huge copper pot stills and develop its potency – at least 40° for a bottled whisky. David Prior just had his stills revamped by famed Scottish coppersmiths and still specialists Forsyths , founded in the 1930s and considered the gold standard in the trade. 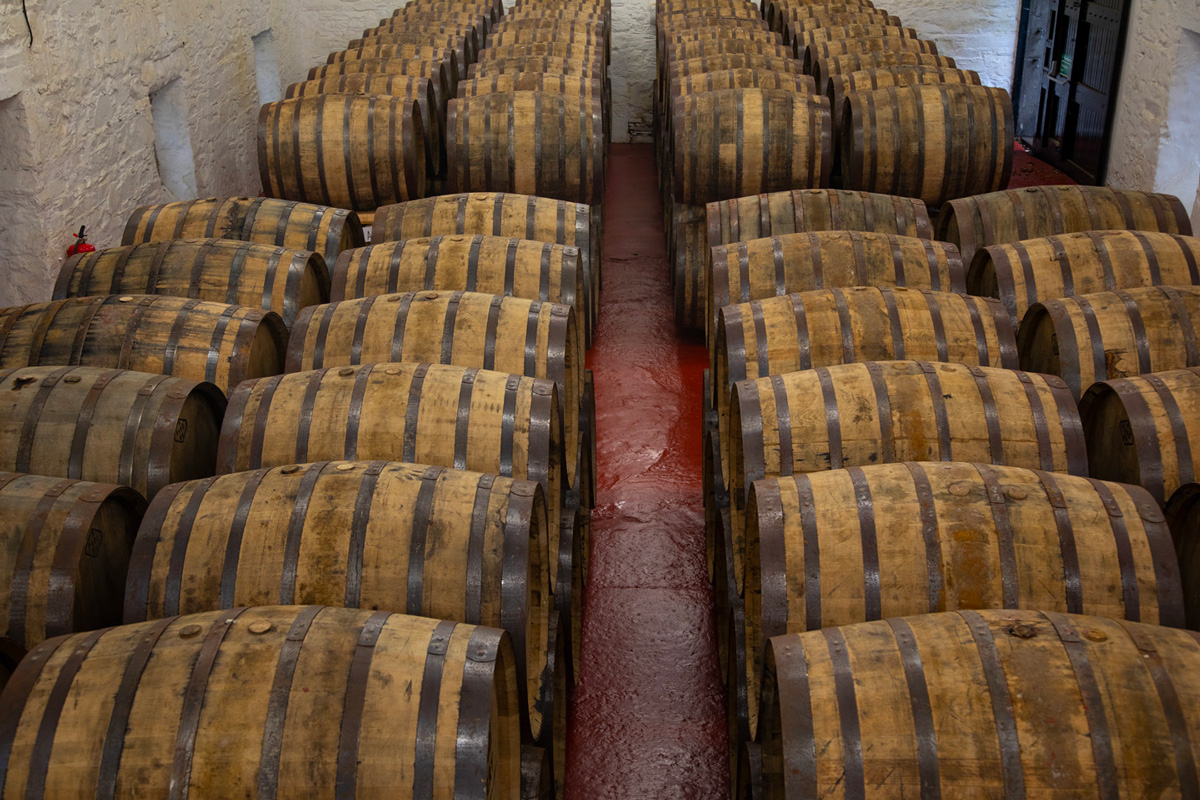 To develop its aromatic notes and acquire its color, the young whisky is then transferred into barrels made of oak from Spain, France, or the United States. These barrels, which once contained sherry, burgundy, or bourbon, will give the whiskies aging inside them an increasingly rich and varied palette with the passage of time, an aging process that goes well beyond the three-year minimum required by law. The team at Bladnoch is quite proud of the recently released Adela whisky, winner of two gold medals at last year’s renowned San Francisco Spirits Competition. Having tasted this 15-year-old single malt at Glennap Castle, I can confirm that this whisky, aged in sherry casks, has a delightful nose of fresh cherries and coffee-flavored biscuit. On the palate, it develops flavors of dark chocolate with spicy hint of pepper and clove. Dispense with the ice and enjoy it straight!