At the initiative of Relais&Châteaux, in collaboration with the environmental organization Ethic Ocean, Mauro Colagreco, chef at Mirazur (Menton), hosted Hugo Roellinger, chef at Coquillage (Cancale), for World Oceans Day. Their event, baptized ‘Poisson Exquis,’ offered an array of sensations. 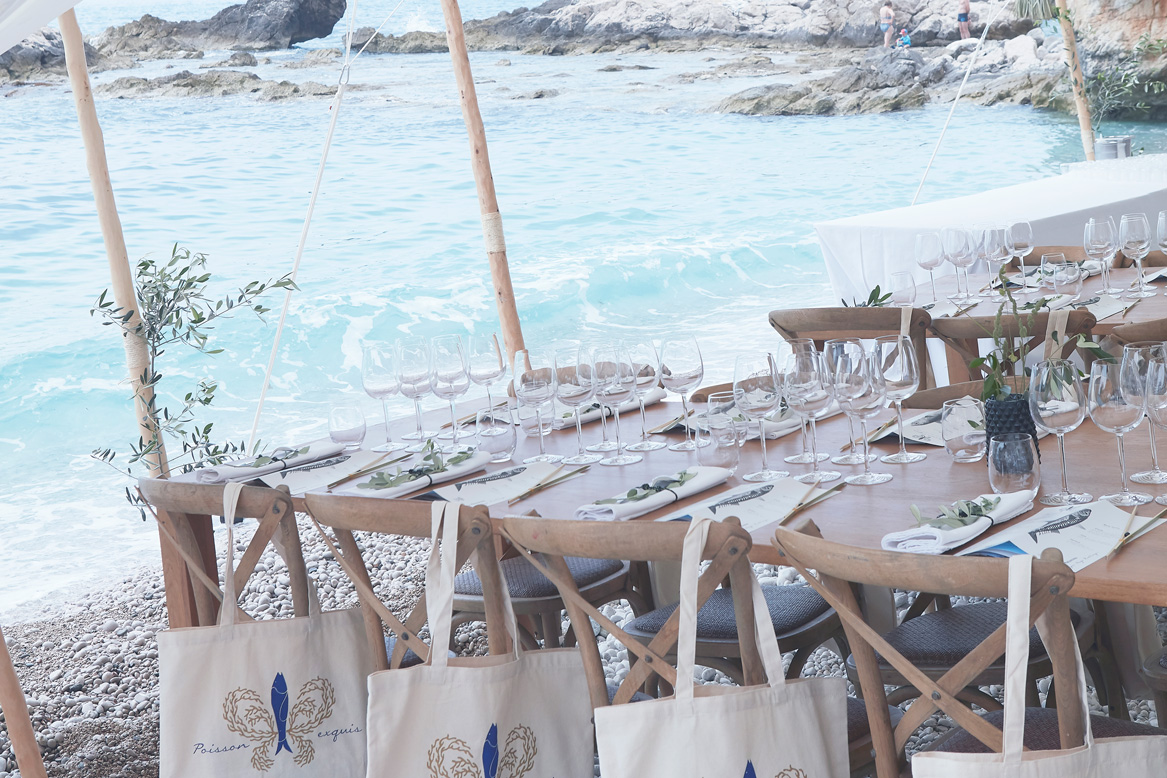 “You hear the sound of the rain falling on the sea, you perceive the taste of the abyssal silence.” In Hugo Roellinger’s kitchen, there is always a pinch of druidic poetry. Into a glass laced with Brittany whisky, he pours a cold seaweed infusion, and the marine odyssey can begin. That was the prelude to the “Poisson Exquis” luncheon hosted by Relais&Châteaux, on Saturday, June 2nd at Ventimiglia (Italy), with its partner Ethic Ocean, an environmental organization that advocates for preservation of oceans and fish resources. The meal, set at the shoreline and open to all, was in accord with the 20 commitments of the Relais&Châteaux Manifesto presented to Unesco in 2014. On the small, idyllic beach of Balzi Rossi, at the foot of prehistorical grottoes where the Grimaldi Man smoked salmon, long tables were laid, protected from the sun by the unbleached canvas strung across a bamboo canopy. To the sound of waves rolling over the shingle beach, eighty guests took their seats for a moment outside of time, and a pledge to the environment. 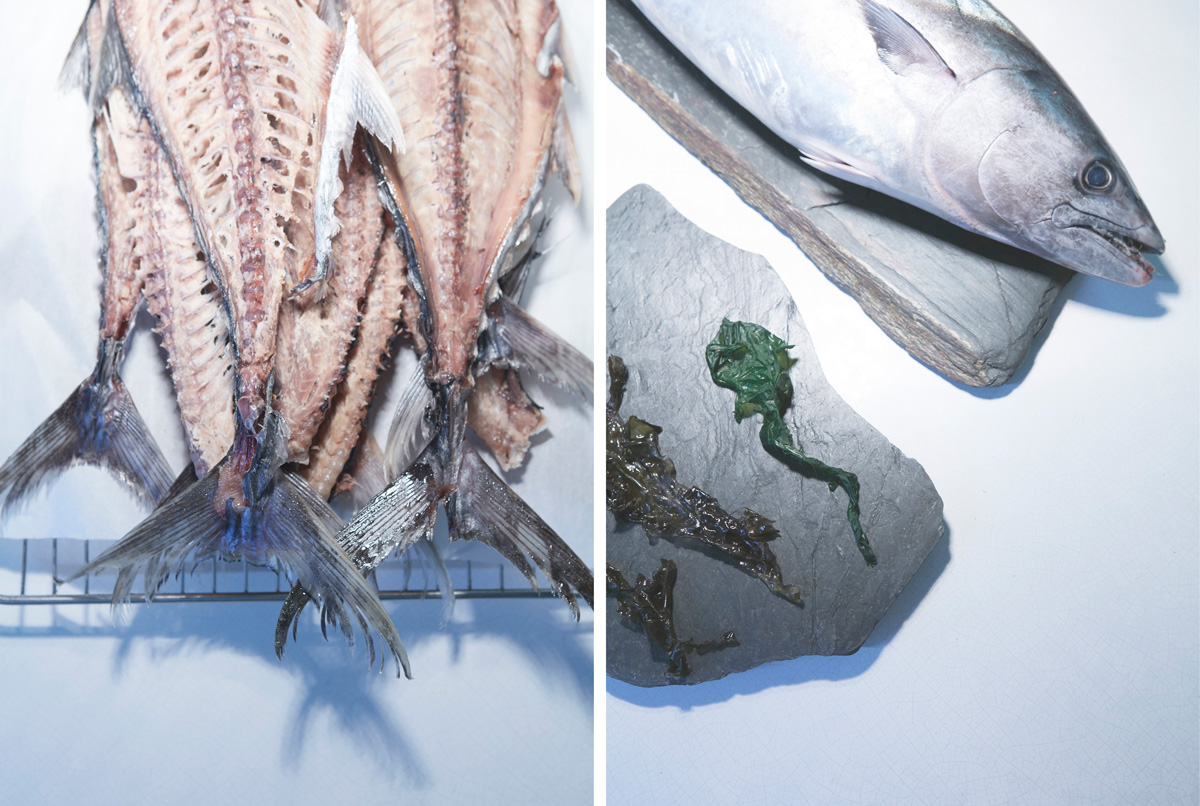 In the same boat

Long before the event, Mauro Colagreco and Hugo Roellinger discussed the menu. The two men share the same concerns about overfishing. Perched high upon the promontory of Maisons de Bricourt at Cancale, Hugo Roellinger, son of Olivier, Vice-President of Relais&Châteaux, was lulled by Brittany’s seafarer stories as a child. After a career in the merchant marine, he became a chef to defend the work of those who fish according to the seasons and stocks, who “harvest” scallops and wild oysters from the seafloor, who scratch the sand, humble in face of the immensity of Mont Saint-Michel Bay to unearth mollusks and shellfish. In Menton, his land of adoption, the Argentinian chef, Mauro Colagreco, fights every day to support the last local small-boat fisherman, the sole survivor of a fleet that counted a dozen vessels when Colagreco first opened his restaurant in 2006. 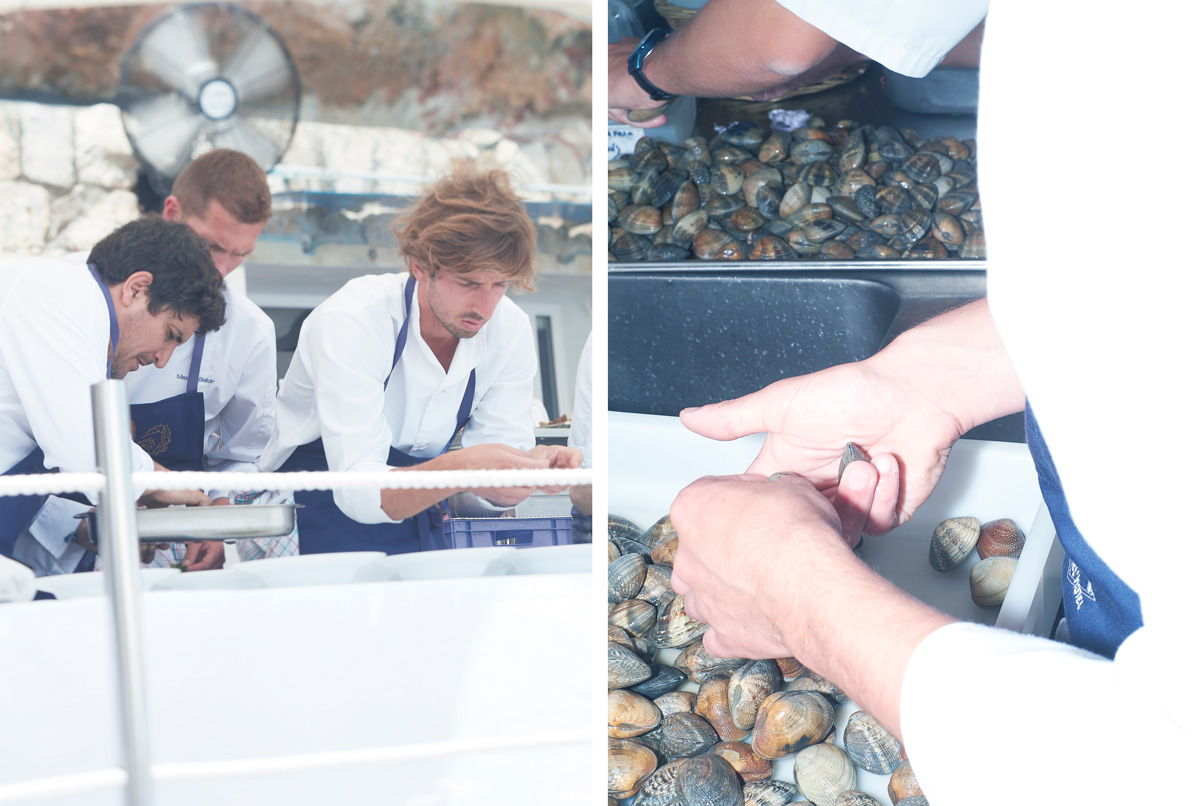 On Saturday, June 2nd, it was the catch of the day that finally decided the menu for the chefs, which is how it should always be. They cooked from the head to the tail, without forgetting an essential idea: sharing. “When we went out to sea with friends, we’d always set a line,” recalls Hugo Roellinger. “We pulled in what we’d pull in. But, even when the catch was poor, it was good when it was shared.” The guests at Balzi Rossi saw the truth in those words with mackerel caught off the coast for nibbling and crusty sandwiches with skipjack tuna and taggiasca olives. After a cotriade des lointains, a traditional Cancalais fisherman’s dish, and a refreshing cucumber in sea water with kefir and elderberry flowers, guests left with sweet memories and the words of Mauro Colagreco dancing in their heads: “Thank you for sharing this moment with us, you are all ambassadors for the preservation of the ocean, I am sure that the future of our commitment will flourish.” 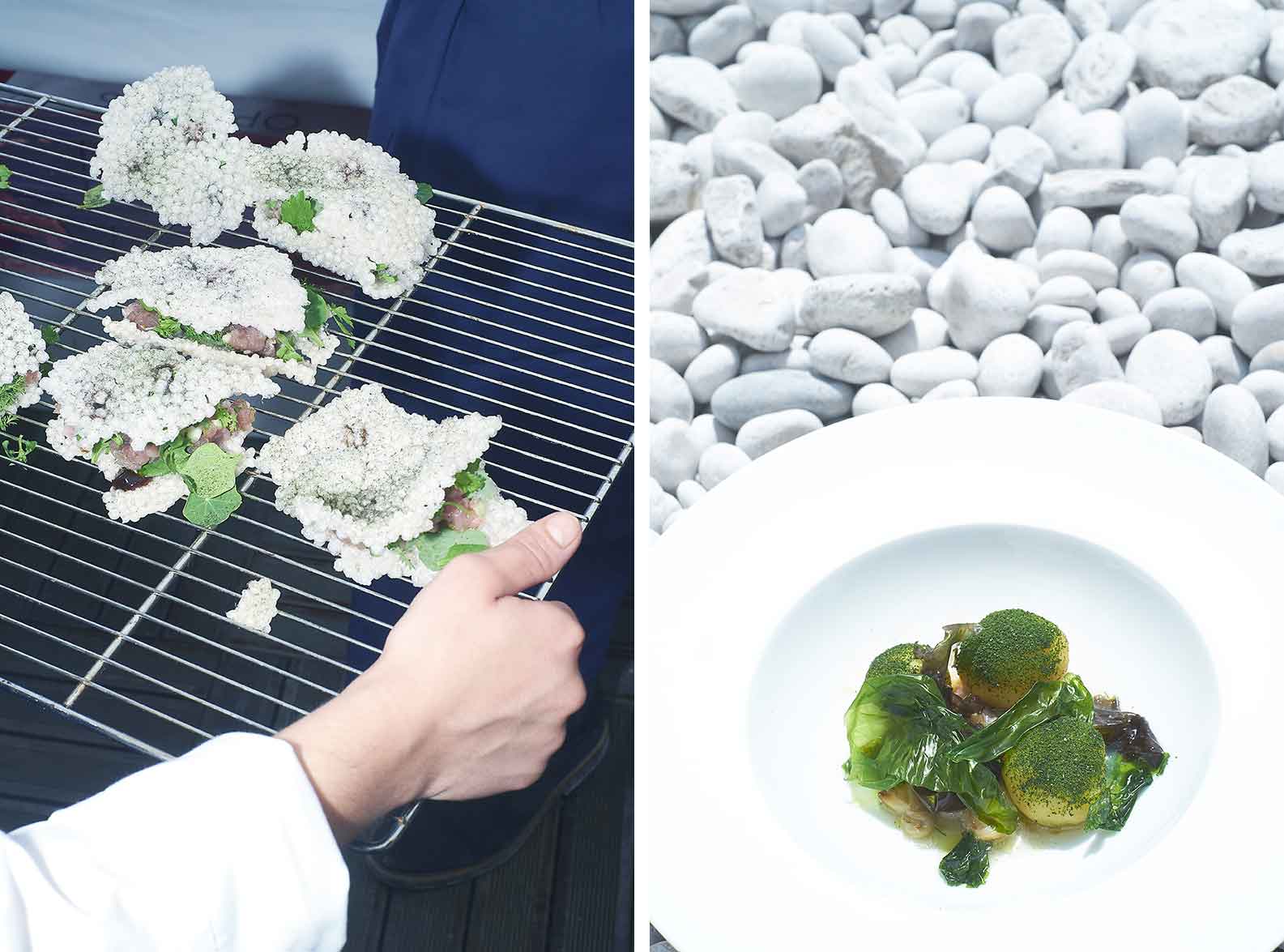 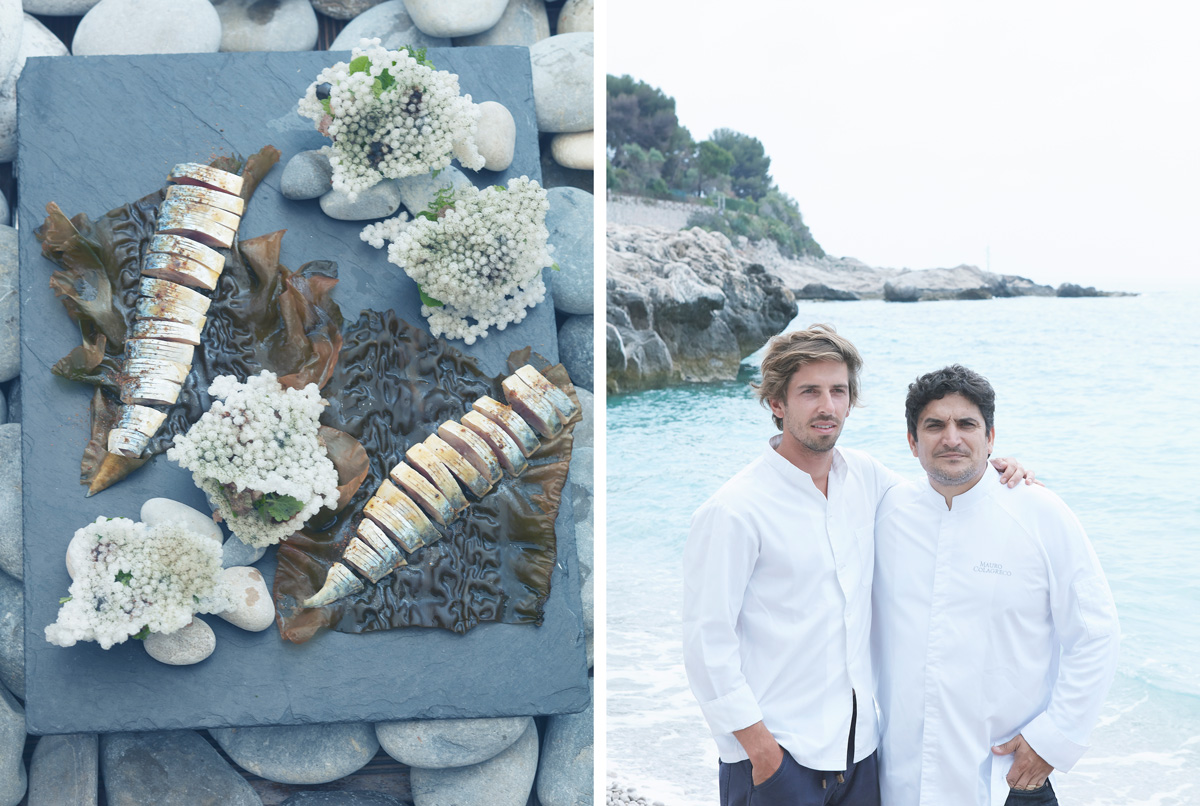