DOWN ON THE SOUTH LAWN OF THE WHITE HOUSE lies the first presidential beehive, home to the only insect to have garnered enough attention from a president so as to be given its own taskforce. The Pollinator Health Task Force was set up last year by U.S. president Barack Obama to combat the mysterious decline of the honeybee worldwide. 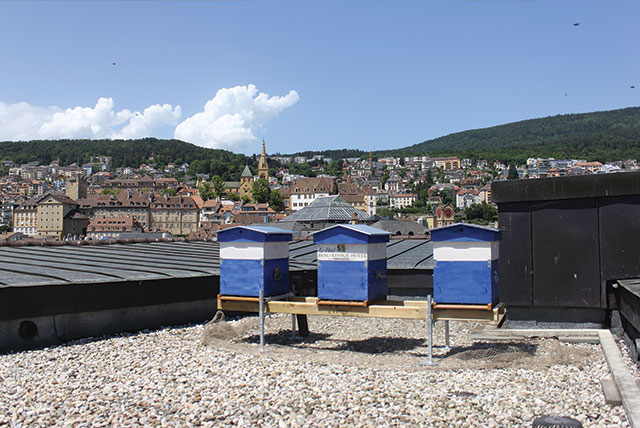 “The problem is serious and requires immediate attention to ensure the sustainability of our food production systems, avoid additional economic impact on the agricultural sector, and protect the health of the environment,” Obama has stated.

“The (bee) problem is serious and requires immediate attention” – US President, Barack Obama

A HIVE OF ACTIVITY Bees are top priority for many hotels and restaurants in the Relais & Châteaux Association – global advocates of preserving the environment. 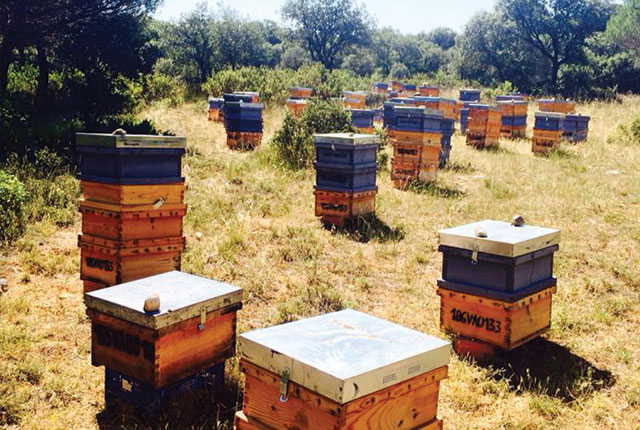 On the rooftop of Beau-Rivage Hôtel, in Switzerland, rests Le Petit Beau-Rivage, a collection of hives that are home to around sixty thousand gold-dusted pollinators. Guests are invited to take a peek, accompanied by beekeeper Audric De Campeau, founder of the environmental enterprise CitizenBees.

AT CLAYOQUOT WILDERNESS RESORT in Canada, chef Ryan Orr doubles as resident beekeeper, keeping bees on the barn roof (away from the bears) and harvesting honey to bottle and use in the kitchen.
Chef Chris Eddy of Winvian Farm in Morris, Connecticut, acquired hives from the local Red Bee Honey Apiary to complement his farm-to-table menu and sustainability efforts. The hotel’s Instagram profile is abuzz with dispatches of the bees’ activities amid the 113-acre organic garden – from macro-glimpses of the bees at work to shots of the fresh honeycomb and cheese platter. 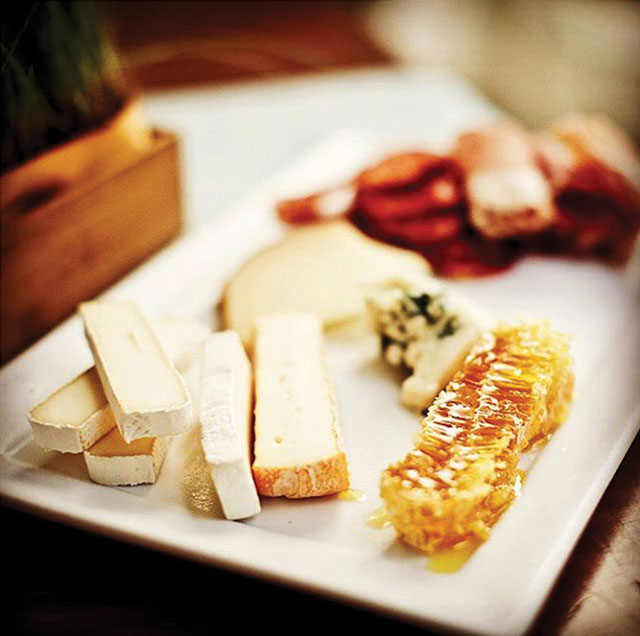 IN LANGHE, PIEDMONT, one of Italy’s most celebrated gastronomic regions, The Relais San Maurizio honors the art of beekeeping practiced in the area by the XVIIth-century Cistercian monks, producing its own brand of honey, called Abbey Honey.

Abadía Retuerta LeDomaine in Spain, in collaboration with Honey Montes de Valvení, invites guests to play beekeeper in a special three-hour tour. Visit the apiary, kit up in protective equipment and get up close to the hives, before heading to the winery to sample the honey (and cheese and wine) for yourself.

In our Bee Keeper series, we will be featuring the many examples of this new generation of apiculturists among the Relais & Châteaux family members.