Add to my favourites
“A haven of well-being and epicurean pleasures”
Maître de Maison - Nicolas Brossard
Imagine a world apart where everything is designed for your pleasure. Here, along Relais & Châteaux’s Route du Bonheur, the clocks have stopped so that you may share in this timeless seaside adventure. Located just a stone’s throw from the chef’s eponymous restaurant, La Villa Grand Voile is the exciting realisation of Christopher Coutanceau and Nicolas Brossard’s ultimate dream: to offer their guests a unique, fully encompassing experience that conveys the true brilliance of this wonderful marine destination. Not far from the bustle of La Rochelle’s Old Port and tucked away along a quite street, this historic building invites you to relax and relish in the heart of this majestic maritime city of cobblestones, timber-framed facades and houses clad in white stone.
TRIPADVISOR traveler rating: 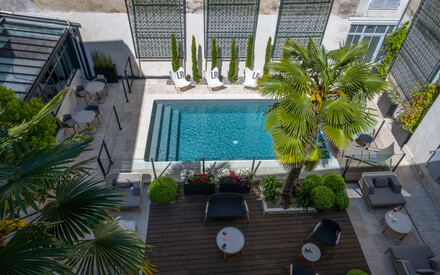