The United States and Canada are fascinating for their entrepreneurial spirit and bounteous countryside. From the major East Coast cities to the parks and mountains of the American West, there is always something new to see.

This constantly changing New World has much to offer its visitors. The dynamism of the United States and Canada can be seen in their big cities which vie with each other in terms of their architectural daring. Cities such as New-York, Boston, Chicago, Toronto, Vancouver, Los Angeles and San Francisco are all, in their skyscrapers and lifestyle, living testaments to America’s amazing initiative and resourcefulness. Each city offers the opportunity to discover the greatest museums, shows and attractions in the world. The continent has also managed to preserve superb unspoiled countryside. From the Everglades in Florida to the Grand Canyon in Colorado, from Yosemite National Park to Yellowstone National Park, not to mention the immense forests of Quebec and the Rocky Mountains, the United States and Canada have made every effort to protect those great open spaces which are intrinsic to the continent’s identity. 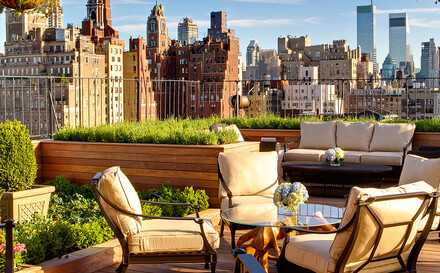 Some of our Chefs in North America