A LAND AS GENEROUS AS ITS PEOPLE

In the 16th century, the explorer Jacques Cartier, on peaceful terms with the Iroquois, founded the first European colony on these lands bathed by the North Atlantic. But the jagged coastlines of the Maritime Provinces were already frequented by French fishermen, drawn by the cod of Newfoundland’s Grand Banks and the many sheltered bays. Often shrouded in mist, New Brunswick is a land of folk legends: a ghost ship haunts Chaleur Bay and fairies live in the forests around it… A place of refuge for many British Loyalists at the end of the 18th century, this is still a region of sailors and carpenters, of small villages built around wooden churches, of shipyards, lumber and paper pulp terminals dominating the docks of fishing ports that fy the Acadian flag. 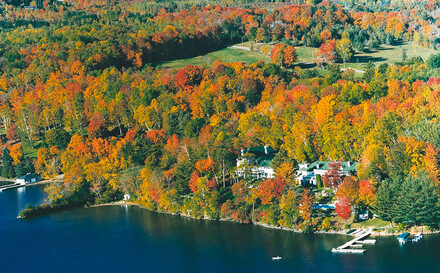