The Southwest includes the Bordeaux area, Béarn and the Basque Country, in addition to Gascony and Aquitaine. It is a land of contrasts, with large agricultural and forest plains beside sharply indented massifs and sunny seaside resorts, while vineyards cover much of the countryside.

If the stones of Cordouan Lighthouse or the towers of La Rochelle could talk, they would tell tales with the flavor of salt spray, nourished by exotic shores and peopled with ardent seafarers. The boats that bob in the water by the banks of the Gironde and the wharves of La Palice and Île de Ré today were preceded by formidable sailing ships. From the ports of La Rochelle and Bordeaux they set out on long voyages to the colonies, threading their way between Ré and Oléron through the Passage of Antioch, named after an ancient city of the Middle East. This was a point of departure to the faraway Americas or neighboring England - the first country to take a keen interest in the wines of Bordeaux. Even the neighboring Poitou region, firmly anchored in its rich terroir, was affected by the desire for adventure: its House of Lusignan reigned over Cyprus for nearly three centuries. 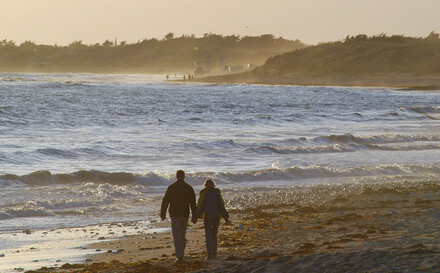 “Just to glimpse the black, mysterious river at Domme from the beautiful bluff is something to be grateful for all one’s life,” wrote the American novelist Henry Miller after seeing the landscapes of the Dordogne. From its source in the Massif Central, the river winds across the Périgord from east to west, nurturing along its banks a spectacular collection of beautiful villages: Domme protected by its pale stone fortifications, La Roque Gageac at the foot of its limestone cliff, the castles of Castelnaud la Chapelle and Beynac et Cazenac. And of course the timemachine atmosphere of Sarlat, with its narrow streets, its traditional markets where business is conducted in a blend of French and Occitan. A land of plenty. “I believe that the Cro-Magnon man settled here because he was extremely intelligent and had a highly developed sense of beauty,” Miller added, in reference to another marvel: the painted cave of Lascaux, the “Sistine Chapel of Prehistory.” 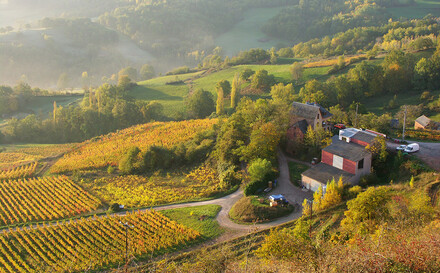