The colors are nearly startling in their intensity. On the Croatian coast, the rich blue of the Adriatic meets the dazzling white of Dalmatia’s rock formations and the deep emerald of the beech and oak forests, softened here and there by the paler green of the olive groves. Further inland, the lakes and waterfalls of Plitvice National Park add their phantasmagorical shades of turquoise. The succession of breathtaking landscapes seems to go on forever. A glass of maraschino, the liqueur made from the local maraška cherries, is the perfect way to toast this region of the Balkans, nestled between Europe and Asia. 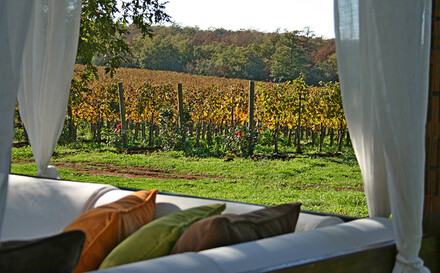 to pay homage to its ancient cities, grandes dames whose charm has lasted over the centuries. Like Zadar, which has stood for 3,000 years at the edge of a peninsula hugging the Dalmatian coast. The bombs of World War II could not eradicate all of its ancient heritage: Zadar is home to the largest preserved Roman forum in the Balkans. On the original stone slabs, burnished by time and countless footsteps, stands the Church of Saint Donatus. Today, its round sanctuary, typical of Byzantine architecture, is used as a concert hall devoted to medieval and Renaissance music. 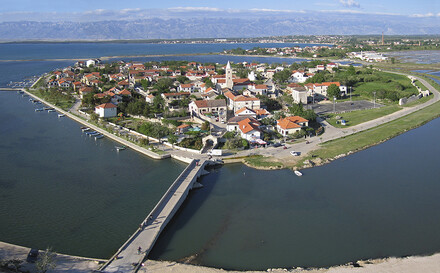